The world of comic book heroes has become a pop culture craze we cannot seem to shake(not that I mind). The most familiar comic book franchises are produced from DC Comics and Marvel. The former is taking our small screens by storm with four popular television franchises and more in the works, and the latter is dominating the box office. Anyone who is a comic book aficionado will know all of these characters, however, to celebrate the recent release of Avengers: Age of Ultron, I thought it’d be fun to take a look at some favorite heroes.

I know many fans have a love-hate relationship with some of the villains that come up against the heroes, but I am a fan girl who only roots for the good guys. Sure, I realize that without a devious villain our heroes might not be able to step up and prove their mettle, but still… I’m all for cheering for the men and women who protect rather than terminate. This is perhaps why I adore these productions. They’re a reminder that there is a right vs. wrong kind of moral code and no matter how bleak things look there are honest-to-goodness heroes that will rise.

Now that’s not to say there aren’t some villains who intrigue me. For example, I’m curious to know how Caitlin Snow (The Flash) is going to evolve and Mystique (X-Men) is forever a source of puzzlement as is her alliance with Magneto, and then there is Ultron. I don’t know anything about the robotic dude, but I do have to say in the trailers, James Spader (who voices the character) makes him out to be downright terrifying.

But, enough of all that. Let’s take a look at some of the superhero men and women that I enjoy getting to know in each of their various film and television appearances.

(in alphabetical order, by name)

Like Tony Stark, Bruce Wayne has nearly anything (materially) at his disposal. He’s a normal guy who is heir to a fortune, and with that, he creates an arsenal of gadgets to help in protecting his city, Gotham, as Batman. First Appearance 1939.

Powers: The Beast possesses superhuman strength, agility, endurance, and speed, despite his bulk. He possesses the agility of a great ape and the acrobatic prowess of an accomplished circus aerialist.

Abilities: Hank is considered one of the world’s experts on mutation, mutations and evolutionary Humans, human biology.

I don’t always consider all of the secondary characters in the “team” type dynamics of an assembled group, however I love how Nicholas Hoult plays Hank in the films. Unlike some of his fellow mutants, he’s deeply affected by the change and the abilities he has, so much so that he attempts to remedy his power by using his expertise to create a potion. Hank’s first appearance in the Marvel world was in 1963 and it’s reported he is actually a “secret Avenger.”

Powers: Government treatments have slowed her aging, augmented her immune system and enhanced her physical durability.

Black Widow is one of the most intriguing characters in Marvel’s world. I love the fact that she’s from a sketchy background, worked for the KGB and is now an ally for the S.H.I.E.L.D. organization. Her first appearance was in 1964.

Powers: Captain America represented the pinnacle of human physical perfection. He experienced a time when he was augmented to superhuman levels, but generally performed just below superhuman levels for most of his career.

Abilities: Captain America had mastered the martial arts of American-style boxing and judo, and had combined these disciplines with his own unique hand-to-hand style of combat. He had also shown skill and knowledge of a number of other martial arts.

He may not be a superhero in the way of his Avenger cohorts, but Steve Rogers is the definition of a hero – with or without the super-human abilities.

Abilities: Ronin is a world-class archer and marksman. His above average reflexes and hand-eye-coordination make him the most proficient archer ever known. He is also trained to throw knifes, darts, balls, bolas and boomerangs.

Having gone by many different names in Marvel comics (Goliath, Ronin), Hawkeye is perhaps best known (by those of us who aren’t comic book readers) by Jeremey Renner’s portrayal of him. I love his character and like many other fans holding their breaths, am hoping he sticks around for a time to come. The character first appeared in 1964.

Barry Allen (introduced to some of us through the CW series, The Flash) is the best superhero to come along in a while. Why? Because he’s the all-American good guy who happens to be a meta-human forced to fight for his very survival against the man he looked on as a mentor. First appearance is documented to be in 1940. 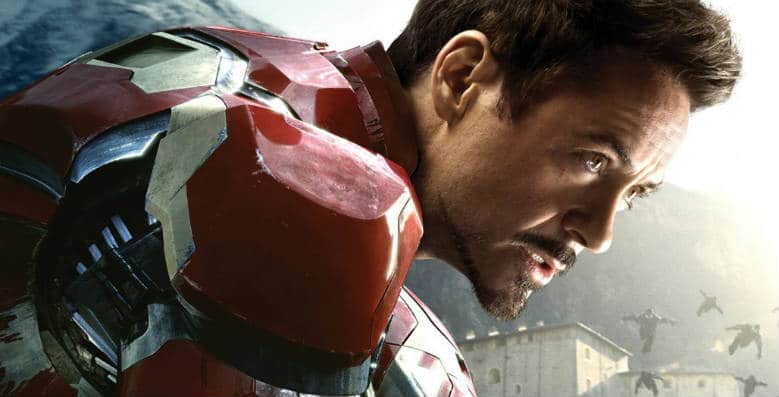 Powers: None; Tony’s body had been enhanced by the modified techno-organic virus, Extremis, but it is currently inaccessible and inoperable.

Abilities: Tony has a genius level intellect that allows him to invent a wide range of sophisticated devices, specializing in advanced weapons and armor. He possesses a keen business mind.

Say what you will about this billionaire “playboy,” but he’s pretty cool. Throughout the three film adaptations starring Robert Downey Jr., he “grew up” more than credit is given. It was a great characterization in my book. He first appeared in 1963 in Tales of Suspense #39.

Oliver Queen’s start to become Green Arrow is a rocky but intriguing one. He lets his bitterness and the unfair treatment amassed on himself and family cloud his otherwise careful strategies. His first appearance was way back in 1941!

Powers: Rogue is a mutant who formerly possessed the ability to absorb the memories, abilities, personality, and outward physical characteristics of other beings through skin-to-skin contact.

Abilities: Rogue could formerly draw upon the combat and espionage training of Carol Danvers by granting control of her body to her alternate personality, a duplicate of Danvers’. Rogue can also speak fluent French.

Rogue is one of my favorite of Professor X’s students. She’s always a “background” character as opposed to someone like Logan or the legendary tension between Magneto and Professor X. But she has a story. Anna Paquin’s character sounds different than her origin character, but I find her superpower particularly compelling because it isolates her from everyone else. One of Marvel’s newer characters, she didn’t appear until 1981. 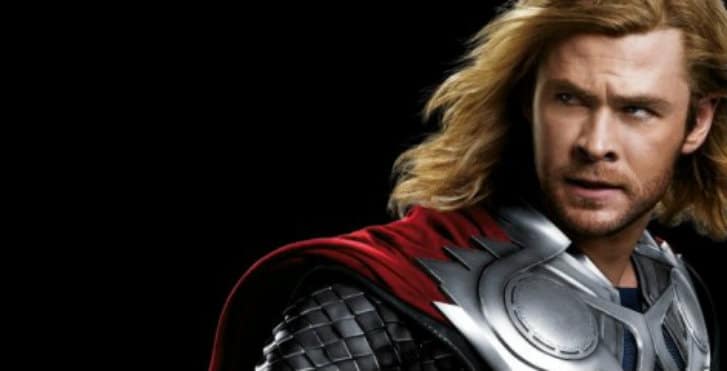 Powers: As the son of Odin and Gaea, Thor’s strength, endurance and resistance to injury are greater than the vast majority of his superhuman race. He is extremely long-lived (though not completely immune to aging), immune to conventional disease and highly resistant to injury.

Abilities: Thor is trained in the arts of war, being a superbly skilled warrior, highly proficient in hand-to-hand combat, swordsmanship and hammer throwing.

Thor may have first appeared in the Marvel universe in the 50’s, but I’m pretty sure this Norse god became a whole new kind of awesome thanks to Chris Hemsworth bringing the character to life.

Powers: Peter can cling to most surfaces, has superhuman strength (able to lift 10 tons optimally) and is roughly 15 times more agile than a regular human. The combination of his acrobatic leaps and web-slinging enables him to travel rapidly from place to place.

Abilities: Peter is an accomplished scientist, inventor and photographer.

First there was Tobey McGuire. Next came Andrew Garfield. Now we’re waiting to “meet” the new face in the upcoming re-boot of Spider-Man. Peter Parker is the superhero who is taught, “with great power comes great responsibility.” His first appearance came in 1962 and he’s affiliated with the Avengers.

#12. Star-Lord from Guardians of the Galaxy (Marvel) 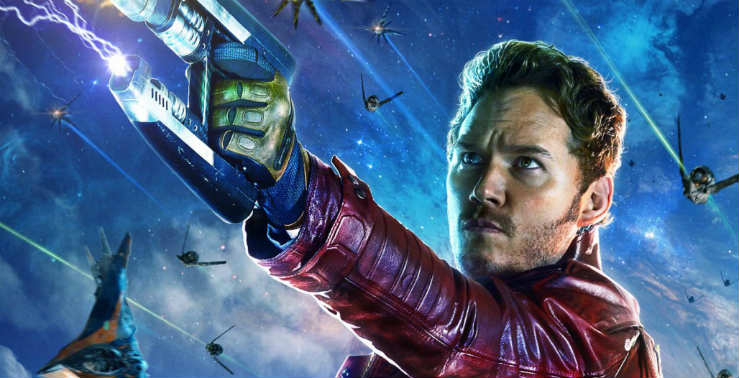 Powers: Star-Lord wore a costume that enabled him to survive in space.

Abilities: In addition, Star-Lord is highly athletic, a skilled marksman and swordsman, and proficient at hand-to-hand combat. After overcoming his lifetime of hatred, Star-Lord took a vow to never take another life unless absolutely necessary.

Peter is a pretty cool dude. Meeting him in Marvel’s Guardians of the Galaxy was a comedic treat for sure. I loved his propensity towards music, his ability to ad-lib in the most tense of situations (random dance party scene, ‘nuff said) and the lessons he learns about friendship. He didn’t appear until 1976.

Clark Kent is another one of my favorites. He’s another one whose pursuit or quest to discover who he is, is always second to protecting others. My only quirk about this character is that I have to allow reality to drop a notch; I never did buy into the idea that Lois Lane didn’t know Clark and Superman were one and the same. 1935 is his first appearance.

#14. The Thing from Fantastic Four (Marvel)

First appearing in 1961, I always liked Ben. He’s one of Marvel’s most tragic figures and seeing him cope with his new normal is a little bit heartbreaking.

Powers: Wolverine is a mutant who possesses the ability to regenerate damaged or destroyed areas of his cellular structure at a rate far greater than that of an ordinary human. The speed at which this healing factor works varies in direct proportion with the severity of the damage Wolverine suffers.

Abilities: Due to his extensive training as a soldier, a C.I.A. operative, a samurai, a spy, and a member of the X-Men, Wolverine is an exceptional hand-to-hand combatant, having mastered virtually every fighting style on Earth.

Logan is perhaps the most tragic character in Marvel’s world. He dies multiple times, watches two of the women he loves die, one embrace darkness and he is even forced to kill one of them himself at one point. Though it might not be “possible” from the storyteller’s point of view, I’d like to see Logan have some peace. 1974 marks the introduction of Wolverine.

What are some of your favorite superheroes? I’m strictly a movie comic book fan girl, but do any of you read the comic books? Share any thoughts you have below.

Our romance-themed entertainment site is on a mission to help you find the best period dramas, romance movies, TV shows, and books. Other topics include Jane Austen, Classic Hollywood, TV Couples, Fairy Tales, Romantic Living, Romanticism, and more. We’re damsels not in distress fighting for the all-new optimistic Romantic Revolution. Join us and subscribe. For more information, see our About, Old-Fashioned Romance 101, Modern Romanticism 101, and Romantic Living 101.
Pin this article to read later! And make sure to follow us on Pinterest.
By Rissi JC on May 6th, 2015