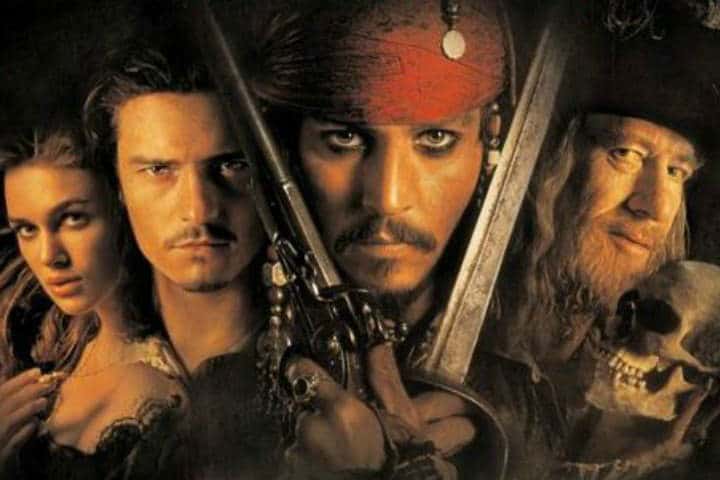 Once upon a time, there was a girl who scoffed at something called Pirates of the Caribbean. She saw the teaser trailers and thought, “Nope. That’s not my kind of flick.” Then she read more about the film. Then she saw more trailers. And then, finally, the blockbuster promotion did its job. She was persuaded.

Some ten years later, that teenager has grown up. One thing that hasn’t changed, however, is this fact: flaws and all, I’m still a fangirl of the film franchise that launched, in its own way, an icon.

“You are without a doubt the worst pirate I’ve ever heard of.” – James Norrington

“But you have heard of me.” – Jack Sparrow

Looking back, I cannot believe it’s been over ten years since Disney introduced us to a man named Captain Jack Sparrow (and make sure you get this distinction right – Jack is a Captain!). With the portrayal of this character in the hands of Johnny Depp, the swashbuckling film made for itself a niche that audiences loved. Add in the romantic trials of young and impoverished Will Turner (played by Orlando Bloom) and the Governor’s beautiful daughter, Elizabeth Swann (played by Keira Knightley), and you have a rollicking good time in the tradition of the classics like Captain Blood.

In anticipation of Jack Sparrow and Co. returning to the box office this month, I thought I’d take a trip down memory lane and take a little sneak peek at what’s to ahead. First I highlight memorable things from the franchise and then look at some of the things we’re anticipating from the fifth installment, Pirates of the Caribbean: Dead Men Tell No Tales. 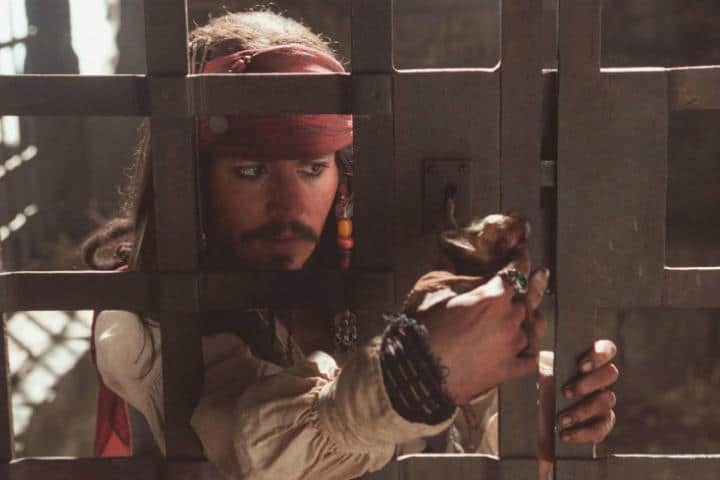 The entire crew of this series is memorable for multiple reasons, but Jack is a primary without question. Whether he’s drunk on the beach (drinking all the rum), romancing Elizabeth, or trying to outwit his opponents, he’s always entertaining.

#2: The Bromance: Jack and Will

Is there a more noble cinematic cause than a hero coming to the aid of his lady love? When Elizabeth is kidnapped and no one will act (at least not to Will’s satisfaction), he turns to the drunken and notorious pirate Jack Sparrow, thus proving the depth of his love and setting into motion, the origins of a beautiful friendship. Sort of. 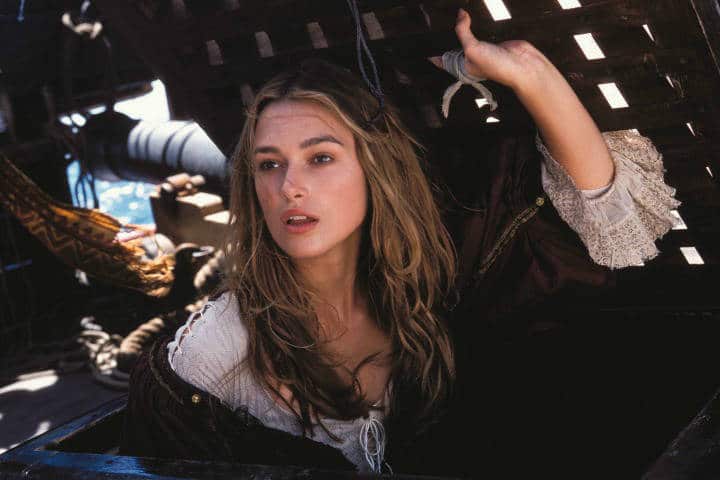 Whether he’s escaping a cargo hold while in chains or a grand palace in the King’s presence (during which time he even pauses to enjoy the food!), Captain Jack’s propensity to pull elaborate escapes are hilarious.

Between the wit and Jack’s hilarious responses, these scripts are forever memorable. One such example being when Angelica (played by Penelope Cruz) impersonates Jack in On Stranger Tides. When he catches up to her, he tells her:

“You’ve stolen me. And I’ve come to take meself back.”

The appeal of the “old-fashioned” swashbuckler seems to be lost on the movie industry. Disney made it cool again with its sword fights and epic storytelling. 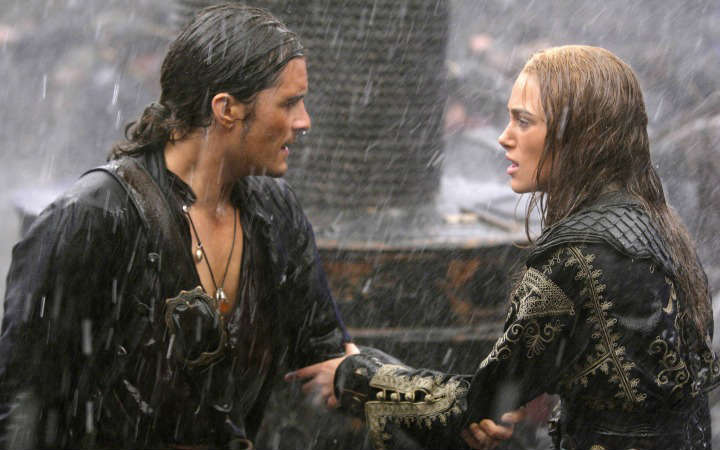 Through everything (kidnapping, separation, danger, anger), Will and Elizabeth remain steadfast in their love for one another. While their love story doesn’t earn its typical happy ending (much to my dismay), one of the series’ most unique moments happens in At World’s End when they marry.

3 Things to Anticipate in Pirates of the Caribbean: Dead Men Tell No Tales

Have I mentioned this character? Yes? Well, ‘tis true! His return is primary. (Plus, we are going to meet teenage Jack. That should be an adventure!)

#2: Will and Elizabeth Turner 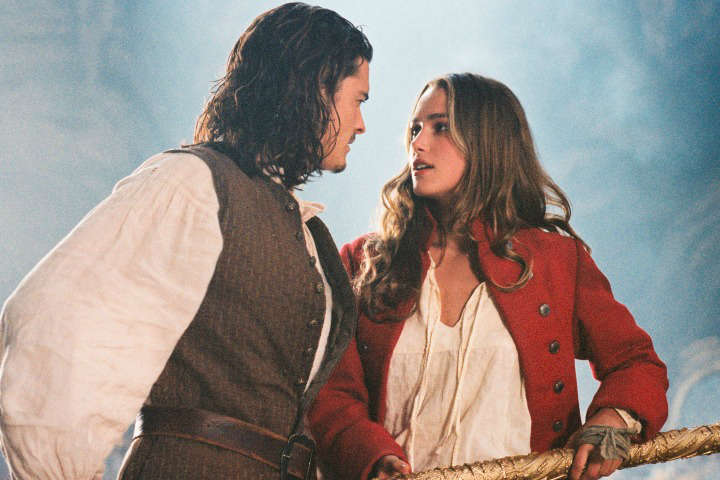 Rumor has it the couple many say is the “heart” of this series is to make a return to this film. Sadly, I suspect their screen time won’t be near what it should. A return to “basic” storytelling with Jack, Will and Elizabeth on an adventure can’t be a bad thing.

I mean, duh! Jack’s ship, The Black Pearl is as much of an icon as Jack himself.

What about you? Do you have any fond memories of this series? What are some of YOUR favorite moments? Sound off below! I’d love to chat with you about them.

Our romance-themed entertainment site is on a mission to help you find the best period dramas, romance movies, TV shows, and books. Other topics include Jane Austen, Classic Hollywood, TV Couples, Fairy Tales, Romantic Living, Romanticism, and more. We’re damsels not in distress fighting for the all-new optimistic Romantic Revolution. Join us and subscribe. For more information, see our About, Old-Fashioned Romance 101, Modern Romanticism 101, and Romantic Living 101.
Pin this article to read later! And make sure to follow us on Pinterest.
By Rissi JC on May 9th, 2017