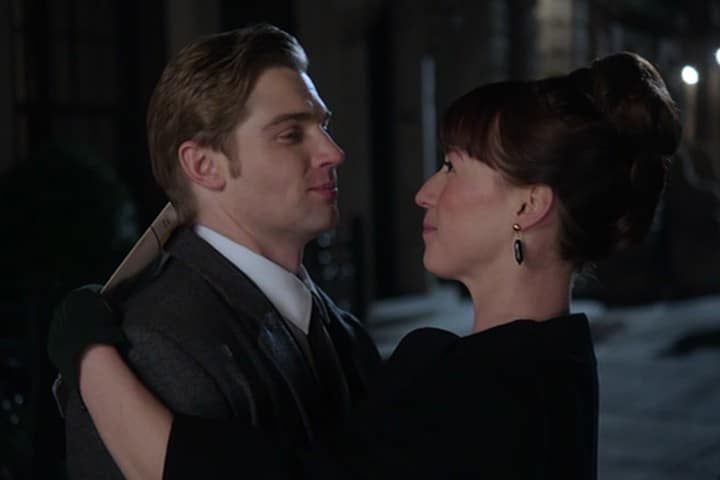 When I began watching Pan Am, I’ll admit to having a few pre-conceived notions of its premise, and the fashion in which the story would unfold. Though most of these assumptions prove correct, the series does lift off to a strong start. 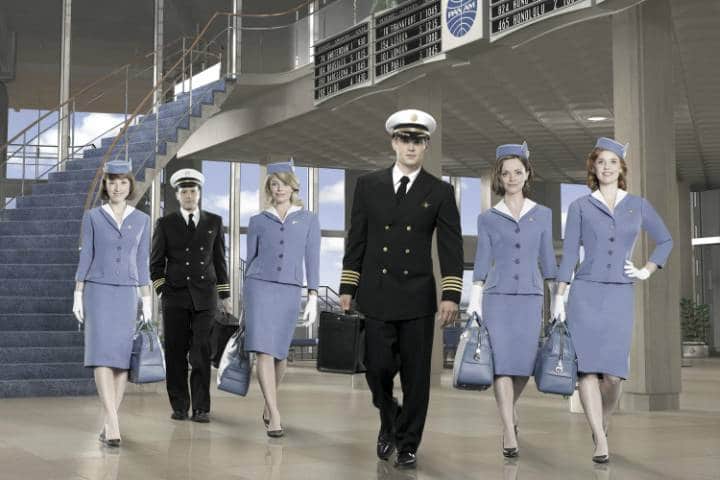 The setting is 1963, New York. Prestigious airline Pan Am is about to send to the skies its latest jetliner on its maiden voyage. Piloting it is the brash Dean Lowry (Mike Vogel). Already made Captain at an unusually young age, Dean deals with prejudice about his “left seat” position, including pushback from his own co-pilot, Ted Vanderway (Michael Mosley). From a wealthy family complete with skeletons, Ted harbors feelings of jealousy against Dean because it should have been him in the pilot’s seat…

To everyone’s surprise, on this Clipper Majestic flight, the purser is the scrappy and opinionated Maggie Ryan (Christina Ricci). She’s a last-minute change to replace the usual purser, Bridget (Annabelle Wallis). But no one is more surprised than Dean when it’s Maggie on his flight. You see, he’s madly in love with Bridget, the girl who disappears.

Also joining this maiden flight is Colette (Karine Vanasse), a stewardess with a broken heart. Then there’s the Cameron sisters, Kate and Laura (Kelli Garner, Margot Robbie). Kate falls into covert government work which challenges her life in ways she couldn’t imagine while Laura deals with the fallout of being a runaway bride!

Despite a vague memory of Pan Am from promotional spots a few years ago, as it does, time passed and I forgot it existed. When this show crossed my path again, I researched where to watch, and the binging began. In many ways, this series pilot is a wonderful introduction to this world, its characters and the structure as a series. The story’s unique, in particular, its flashback storytelling, and holds our interest. 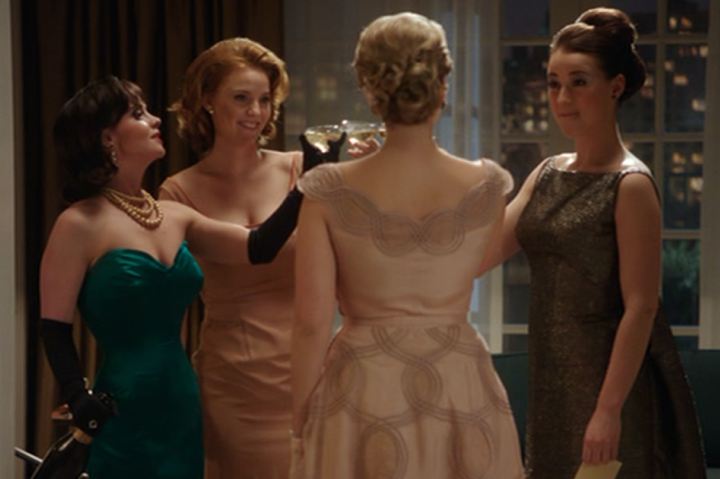 When I settled in to watch Pan Am I had this notion that it would be a soapy, overindulgent bit of TV that took melodrama to new levels. Imagine my surprise when the pilot proved me wrong. The script is more about intelligence blending with sophisticated wit (and an engaging group of characters). Thanks to this, the first 2-3 episodes are period drama magic albeit a lighthearted one. Sadly, the priorities shift.

Not unlike one of its series stars, my opinion on why this series didn’t get a second season aligns with Margot Robbie. She has been quoted as saying part of the reason Pan Am ended is because of the new crew (specifically the writers) brought in which changed the series’ direction. This is a conclusion we agree on. Drama is all well and good, but when it’s about affairs, crossing gray lines and unnecessary drama, it wears thin. In its early incarnation, Pan Am is magic. It features stunning locations, a smattering of intrigue and of course, a quartet of “modern” women. Flawed as the character Maggie is, for instance, (and believe me, she disappoints more than once), in particular, Ricci’s character has some good lines. 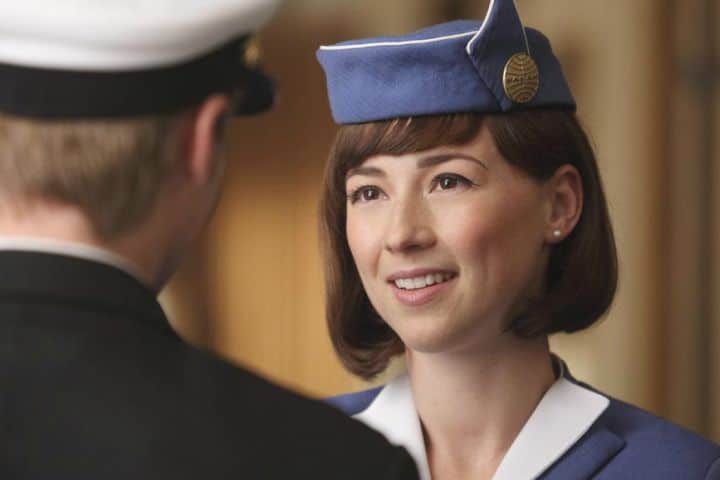 Speaking of these characters, everyone is wonderful. From lead stewardess Ricci right through to the male talent, I like everyone. Don’t get me wrong, these characters crush my heart a time or two (especially those that keep repeating mistakes), but overall, I adore them. We’re drawn to a particular romance, watch as a slow-burn romance slowly blooms and applaud everyone’s triumphs. (Seeing Margot Robbie before she was so in demand is also fun.)

Though random characters flit in and out of the main cast’s life (a disservice to the show in my opinion), we also spy some notable talent. From Ashley Greene, Colin Donnell (Arrow), Annabelle Wallis and Jeremy Davidson (Army Wives), the talent stacks up.

Since I watched the DVD set, some of the episodes do appear out of order. They number out of filming order since ABC aired them out of turn and their proper storylines. That said, you can still understand where the story is going and where it’s been.

Pan Am, like everything, has its quirks. The more I saw, the more invested I became. For anyone who likes the era, this is the best kind of show to binge. It’s a fun adventure that deserves a second look. Though imperfect, it ends in a happy place, or at least in a bubble where the “idea” happiness lives. It’s there for these characters to chase or mess up. In other words, finding happiness in the choices, places, and people they love most is theirs to win or lose.

Content note: There are adult situations, and some “tense” moments involving spies. The show vacillates between a TV-14 or TV-PG rating.

Where to watch: You can rent or buy Pan Am on Amazon Video or buy the DVD set on Amazon.

Our romance-themed entertainment site is on a mission to help you find the best period dramas, romance movies, TV shows, and books. Other topics include Jane Austen, Classic Hollywood, TV Couples, Fairy Tales, Romantic Living, Romanticism, and more. We’re damsels not in distress fighting for the all-new optimistic Romantic Revolution. Join us and subscribe. For more information, see our About, Old-Fashioned Romance 101, Modern Romanticism 101, and Romantic Living 101.
Pin this article to read later! And make sure to follow us on Pinterest.
By Rissi JC on September 26th, 2017