Sometimes it’s not easy being the second choice. When it comes to TV relationships, it’s usually the main couples who are front and center. And it’s hard not to root for them! You know, Booth and Brennan, Luke and Lorelai, the whole Sawyer/Jack/Kate/Juliet quadrangle, etc…

But there are other TV couples on popular shows that usually take the back seat to their more popular counterparts. So while they may not be the MAIN romantic relationship of the series (at least not in the eyes of the majority of the audience), they deserve just as much attention and appreciation for being what they are: Great TV Couples….even if they are sometimes overlooked. While some of these pairings play the role of a beta couple working as a foil to the main love couple, (therefore getting together quicker than the main pairing), others just don’t get as much attention as they deserve and it’s about time they did.

So without further ado, here are fifty of the best secondary TV couples:

# 50 Kaylee and Simon from Firefly

# 49 Chummy and Peter from Call the Midwife

#48 Jo and Zane from Eureka

#47 Adam and Kono from Hawaii Five-O 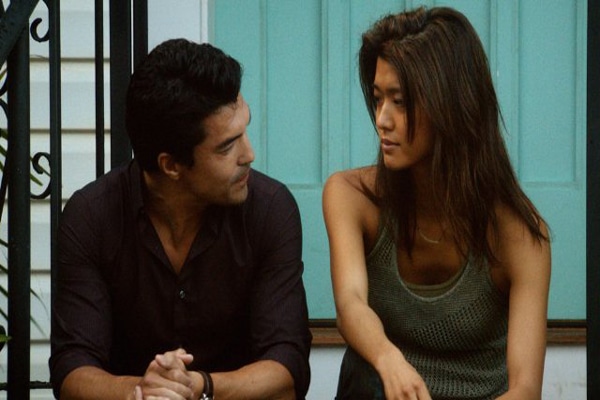 #46 Felix and Izzie from Road to Avonlea

#45 Charlie and Claire from Lost

#44 Doggett and Reyes from The X-Files

#43 Sister Bernadette and Dr. Turner from Call the Midwife

#42 Lane and Dave from Gilmore Girls

#41 Anya and Xander from Buffy the Vampire Slayer

#40 Fred and Gunn AND Fred and Wesley from Angel

#39 Minnie and Alfie from Lark Rise to Candleford

#38 Cary and Kalinda from The Good Wife

#35 Ellie and Devon (aka Captain Awesome) from Chuck

#34 Monroe and Rosalee from Grimm

#33 Lavon and Annabeth from Hart of Dixie

#32 Tosh and Owen from Torchwood

#31 Nina and George from Being Human

#30 Anna and Bates from Downton Abbey

#29 (TIE) Alex and Owen/Alex and Sean from Nikita

#28 Victor and Sierra from Dollhouse

#27 CC and Niles from The Nanny

#26 Jenny and Giles from Buffy the Vampire Slayer

#24 Zoe and Wash from Firefly

#23 Sookie and Jackson from Gilmore Girls

#22 Jess and Becker from Primeval

#21 Emily and Matt from Primeval

#20 Slater and Jessie from Saved by the Bell

#19 Kenzi and Hale from Lost Girl 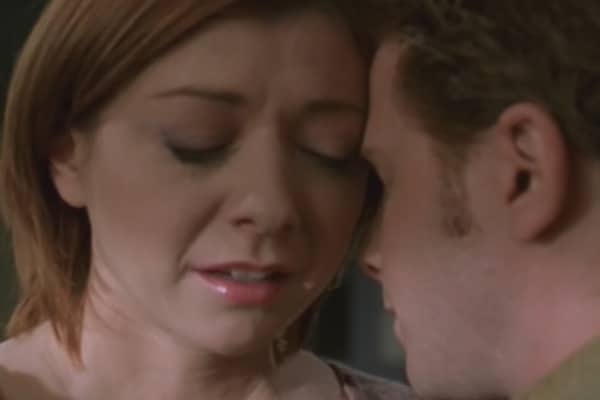 #17 Isabel and Alex from Roswell

#16 Angela and Hodgins from Bones

#15 Desmond and Penny from Lost

#14 Adama and Roslin from Battlestar Galactica

#13 Helo and Athena from Battlestar Galactica

#12 Prue and Andy from Charmed

#10 Meghan and Sean from Felicity

#8 Lancelot and Guinevere from Merlin

#7 Olivia and Jasper from Road to Avonlea

#6 Michael and Maria from Roswell

#5 Doyle and Cordelia from Angel

#4 Dean and Jo from Supernatural

#3 Sybil and Branson from Downton Abbey

#2 Shannon and Sayid from Lost

#1 (TIE) Chloe and Davis/Chloe and Oliver from Smallville

Did I leave off any of your favorite secondary couples from the list? Let me know in the comments below!

Our romance-themed entertainment site is on a mission to help you find the best period dramas, romance movies, TV shows, and books. Other topics include Jane Austen, Classic Hollywood, TV Couples, Fairy Tales, Romantic Living, Romanticism, and more. We’re damsels not in distress fighting for the all-new optimistic Romantic Revolution. Join us and subscribe. For more information, see our About, Old-Fashioned Romance 101, Modern Romanticism 101, and Romantic Living 101.
Pin this article to read later! And make sure to follow us on Pinterest.
By Amber Topping on January 22nd, 2014

6 thoughts on “Overlooked But Not Forgotten: 50 of the Best Secondary TV Couples”