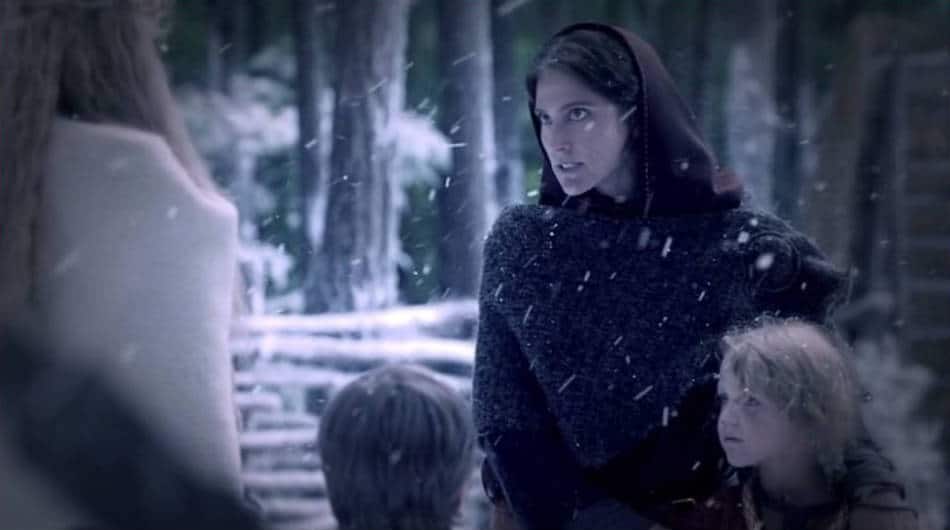 WHEEL INSIDE THE WHEEL

“Wheel Inside the Wheel” continues the latest streak of combining supernatural family saga with dark, twisted fairy tales where magic always comes with a price. If you make a deal, eventually you’re going to have to pay up. A lesson Esther learned long ago. And a lesson that still has far-reaching consequences for the Mikaelson family today. 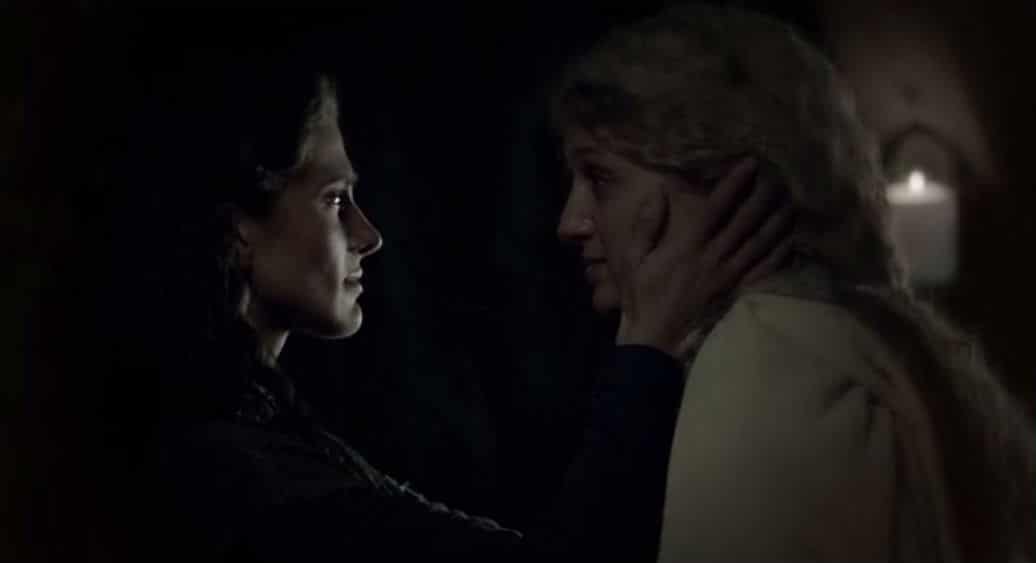 The episode begins in flashbacks from over a thousand years ago. It’s a young Esther going to visit her estranged sister Dhalia in order to make a deal Rumpelstiltskin style. Her sister is a powerful witch, angry with Esther for leaving magic behind when she married Mikael. But now, Esther needs her. She has been married to Mikael for over a year with no children. So she returns to see her sister to get her to make a spell so she can have children. Dahlia agrees but warns her of a price. 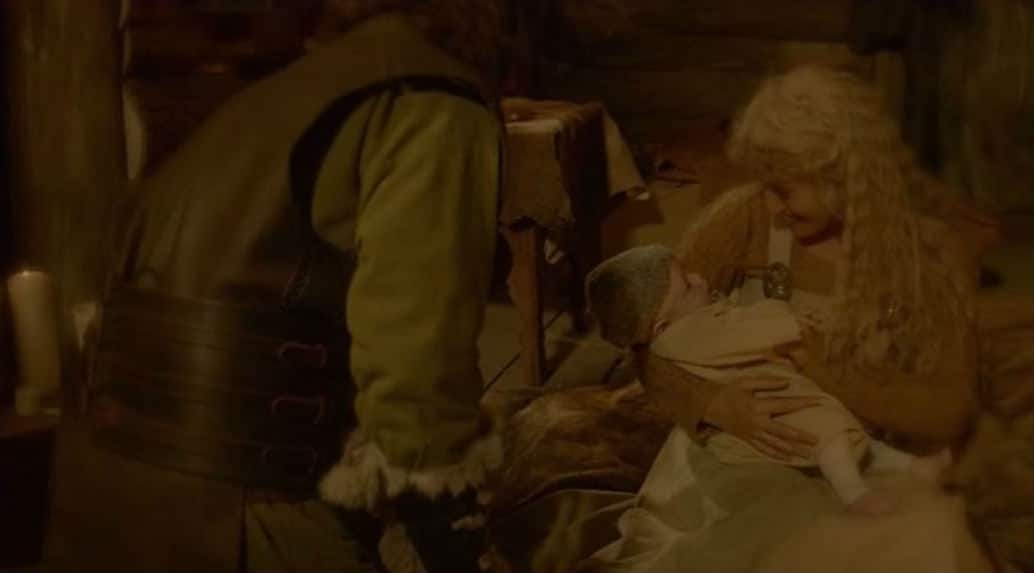 Soon, Esther begins having children. Her first, a girl named Freya (can we start the casting process now for an actress in her early to mid-30s?) who supposedly later died from a plague. Then the rest of the children followed suit. Esther and Mikael were happy as a couple and as a family. That is, until Freya “died.” Mikael became grief-stricken and changed. And while he turned away from Esther, she turned to another man…Klaus’s father. Esther kept her infidelity a secret and once again grew close to Mikael when Klaus was born. He loved Klaus, not knowing of his wife’s deceit (for many years anyway).

By the end of the episode, we learn of the heavy price Esther had to pay. She was to give up her first born to Dhalia. So Freya in fact did not die from the plague and was instead taken. But it was not just a one-time deal. The first born of every generation would be taken; otherwise Dhalia would return and destroy them all. That does not bode well for baby Hope being alive. Something tells me the true big bad of season 2 is not Esther or even Mikael, but rather Dahlia (with perhaps an older Freya as her protégé). 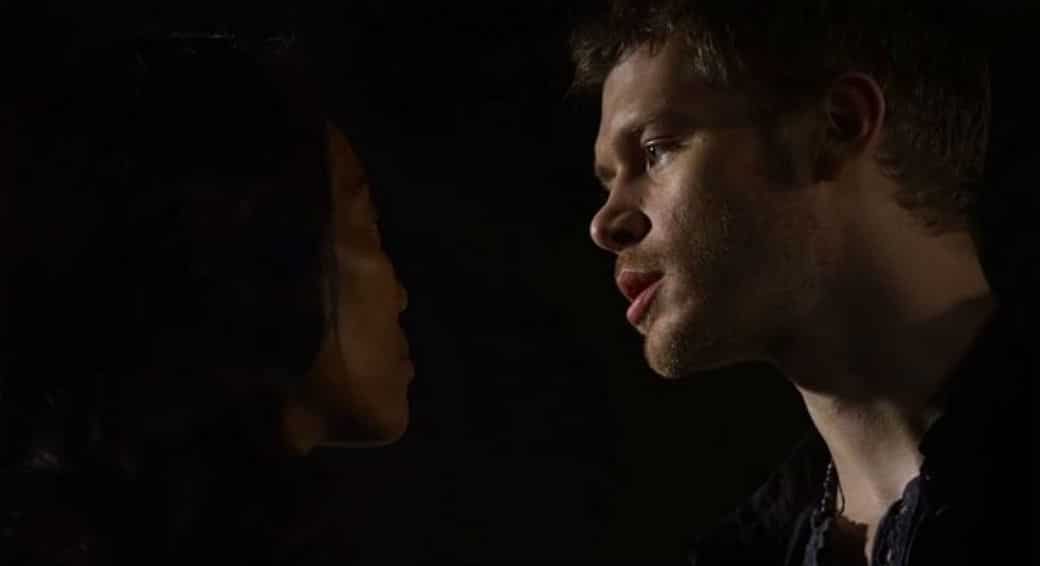 Klaus is on a mission to save Elijah from his mother who holds him captive. His search does not take long however, as soon Esther makes her appearance at the plantation, laying her plans out in the hopes of getting through to Klaus. She tells him more of his real father’s history and that he can become the werewolf he was always meant to be if he allows her to save him. No longer is she being cryptic. But he will hear none of it. He only wants his brother back and both his parents dead.

The news of Mikael’s return is a surprise to Esther, making her question Kol’s loyalty. But she tries to use this news to her advantage. Esther tells Klaus she would destroy Mikael if he tries to harm him or her other children. Still, Klaus rages on with his hatred for Esther. She did “murder” his child. 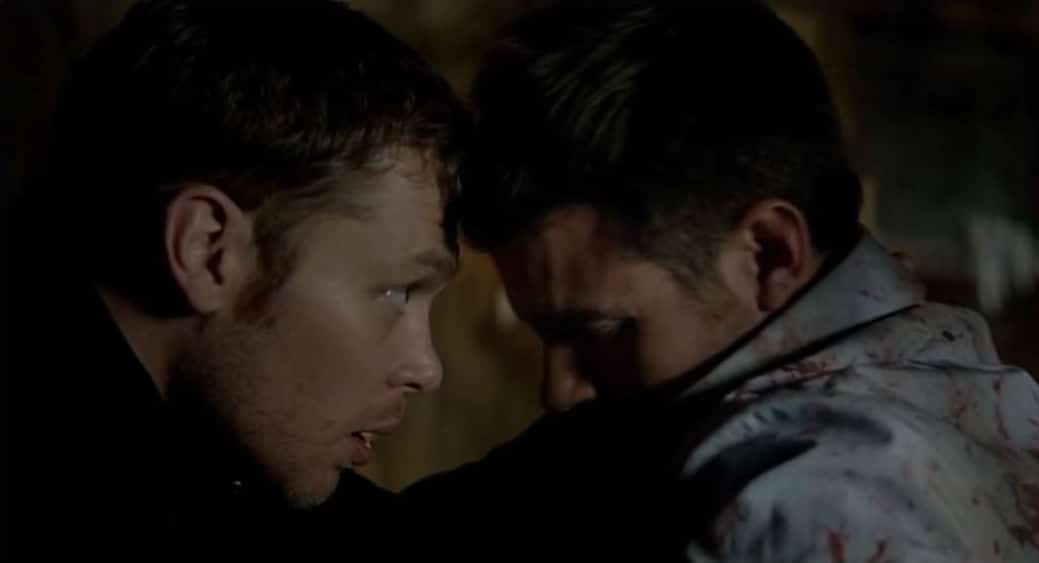 Eventually, Esther lifts the spell that kept Elijah’s location hidden and Klaus comes to his rescue. Esther believes Elijah will be able to make his own choice now and allows Klaus to take him. She once again makes her offer, which only enrages Klaus. 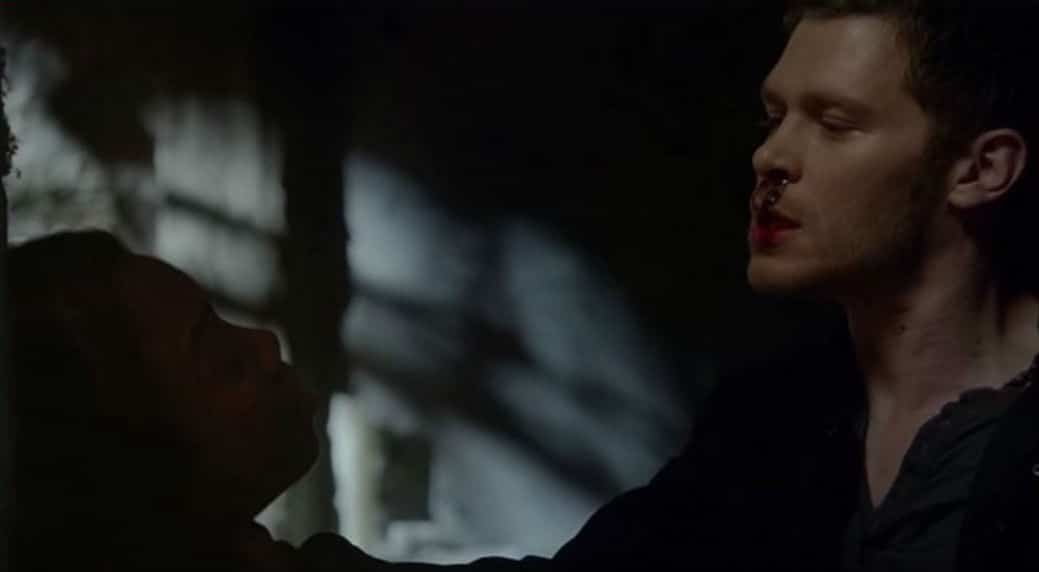 He attacks her and nearly chokes her to death, revealing his intense hatred for her still. But Klaus does not have the full picture and one wonders how long it will be before Esther and Finn reveal the truth about Dahlia. 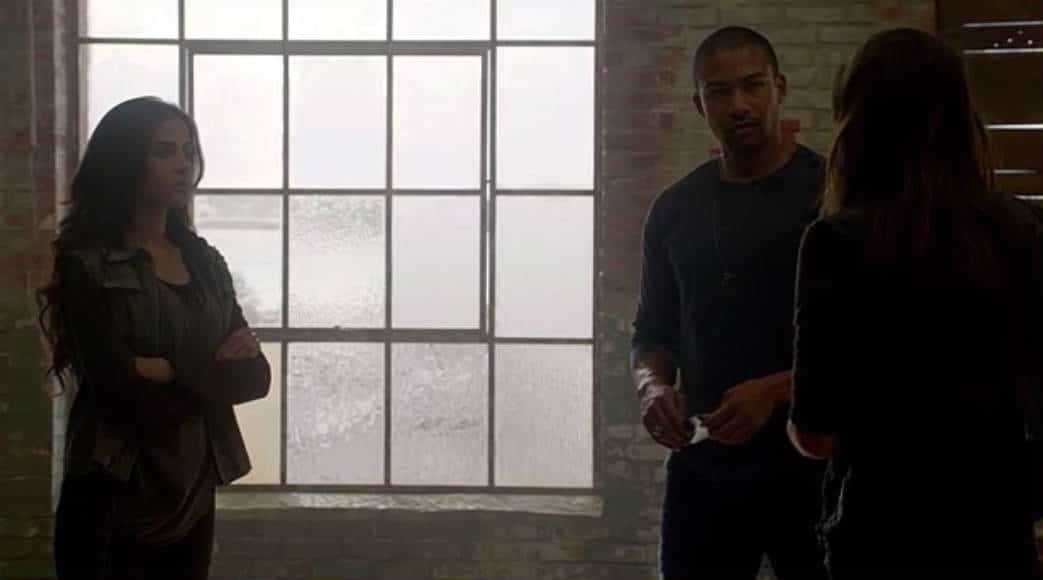 Since Klaus won’t allow Hayley to help rescue Elijah, Hayley works on her own plan to save Oliver instead (who is to be executed at midnight by the witches). He was with Elijah when he was taken after all and may know something. Hayley ropes Marcel and Gia in to help distract Finn, while she finds Jackson to help her rescue Oliver. 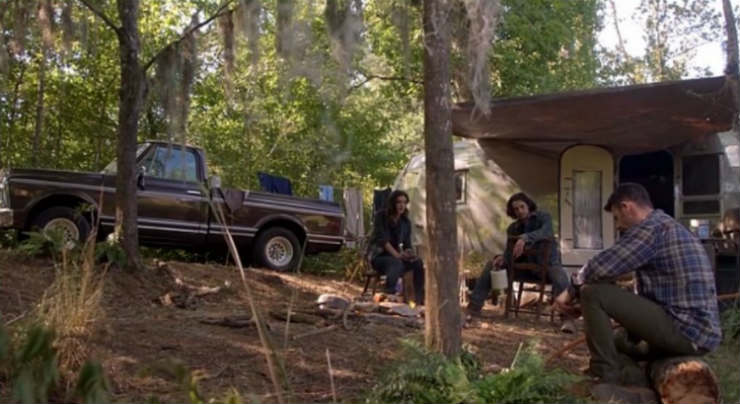 While Marcel and Gia go off on their own plan to distract, Hayley searches for the missing Jackson. She finds him in the woods hiding out with another lone wolf named Ansel who has been teaching him the “old” ways. She pleads with Jackson to once again become the Alpha, and save Oliver. But Jackson refuses. He won’t save Oliver who betrayed him. But her mission isn’t without purpose. Ansel refuses to leave a wolf to die and decides to help Hayley on her quest. 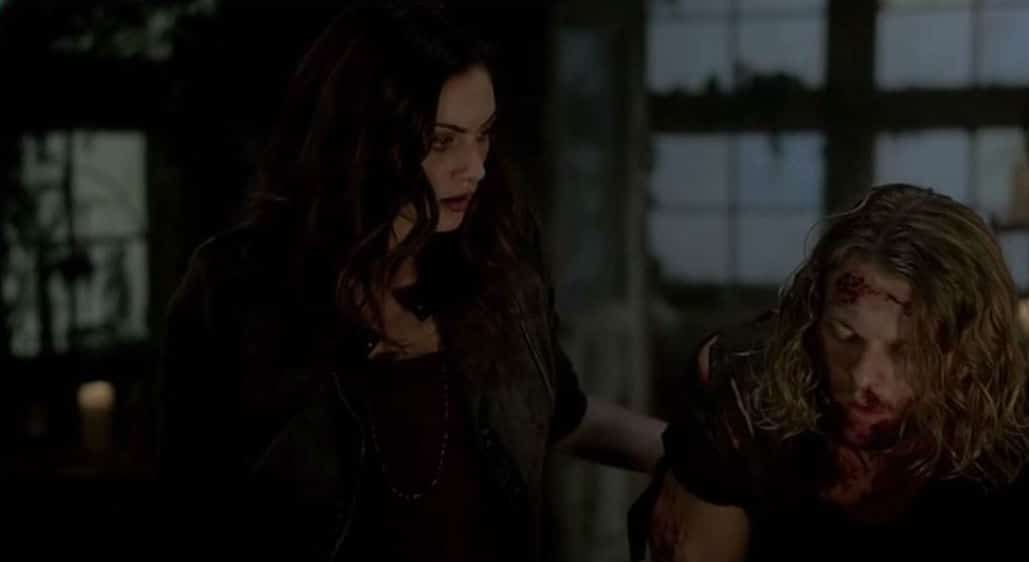 Hayley and the mysterious Ansel then find Oliver and attempt to rescue him. But there are too many wolves showing up to stop them. Ansel holds them off while Hayley and Oliver make their exit. But they are caught by another group of wolves, including Aiden. 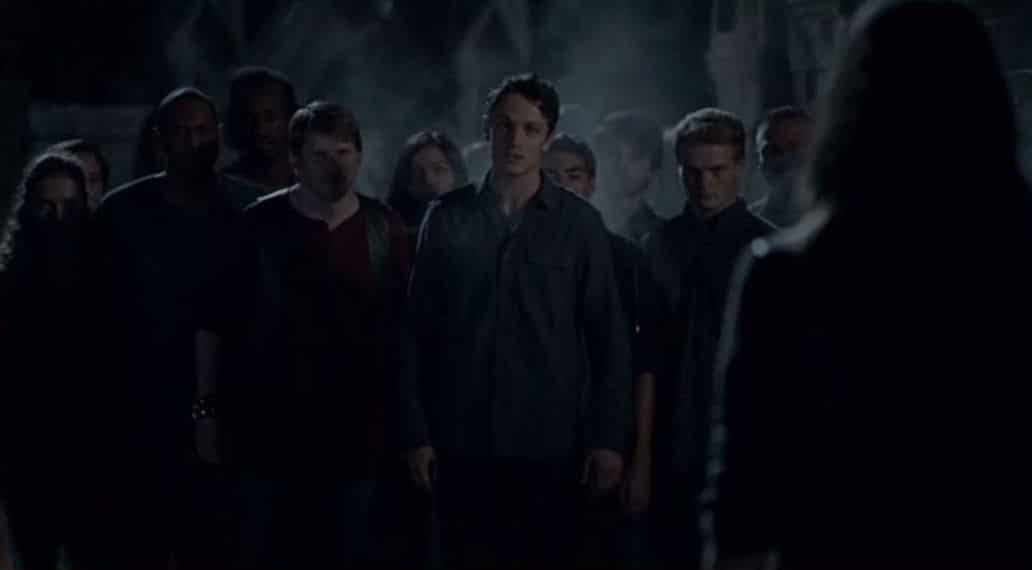 Oliver makes a grand speech, so they let Hayley and him go…for now.

Unfortunately, the rescue mission didn’t exactly work out as planned. After Hayley takes Oliver to see Jackson, he dies exactly at midnight by what appears to be witch magic. No matter where Oliver was going to be, his death was set in stone. 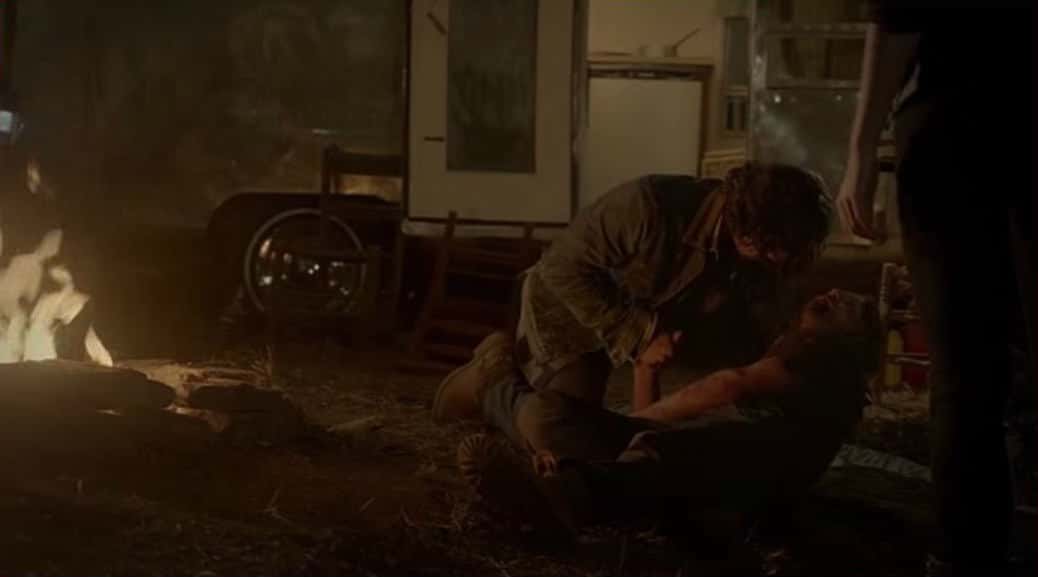 Jackson cries over his friend who died after finding redemption for his past misdeeds. No doubt, Jackson will be inspired to come forth as a new, powerful leader of his people once more. 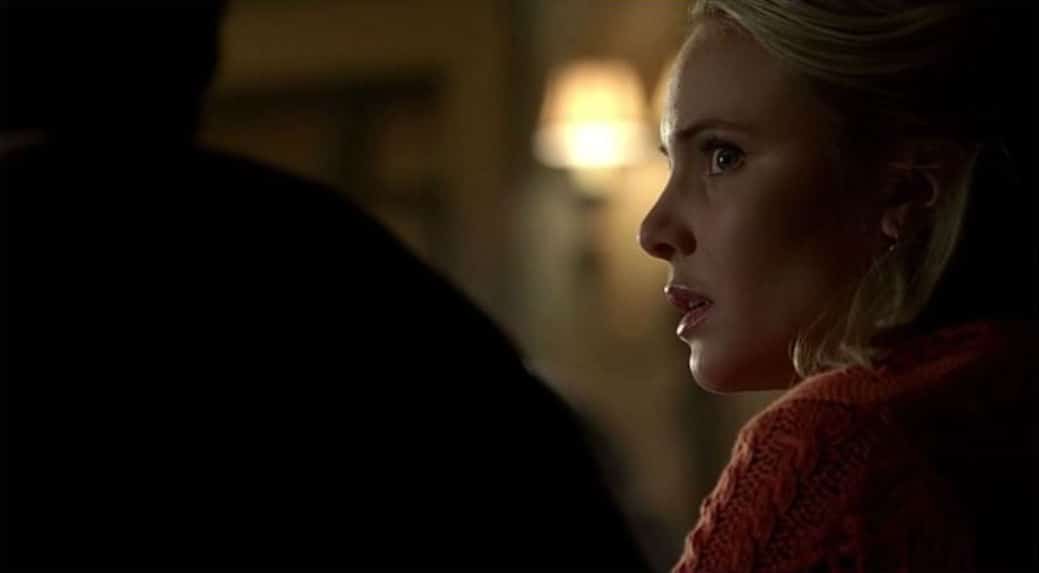 Meanwhile, Cami works with Marcel and Gia to distract Finn. Earlier in the episode, Cami has an odd encounter with Finn (still thinking he’s her mentor Vincent) at the bar. She becomes suspicious when he orders her go to drink. Finding his behavior creepy, she begins to research through her uncle’s books, only to find Vincent’s name in the witch registry from long ago. But it doesn’t take long to figure out who he actually is. Marcel tells Cami that Vincent is a 1000 year old vampire inside the body of a witch and his name is Finn Mikaelson.

Because Cami still feels responsible for much of the destruction of the previous year, including the death of the baby, it now seems she’s ready to accept her family’s destiny full on and fight. As a distracter, she meets up with Finn where they discuss her behavior (her reasons for being drawn to the bad boy), Klaus’s problems and even Finn’s. 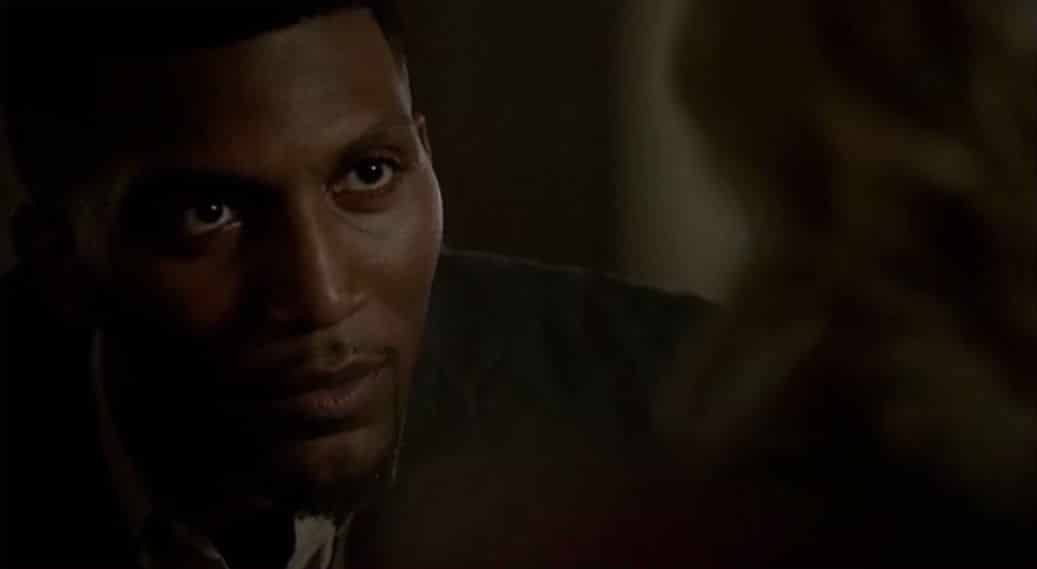 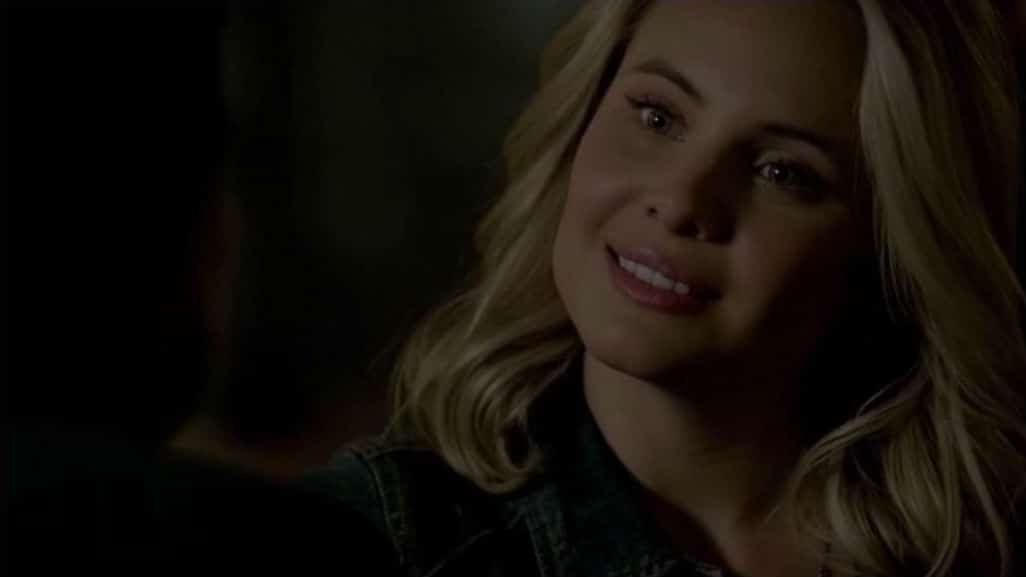 Finn seems drawn to Camille and even holds her hand. Cami, believing she has deceived him, plans to continue to use his feelings for her to their advantage. But something tells me she may be playing a little too closely with fire. 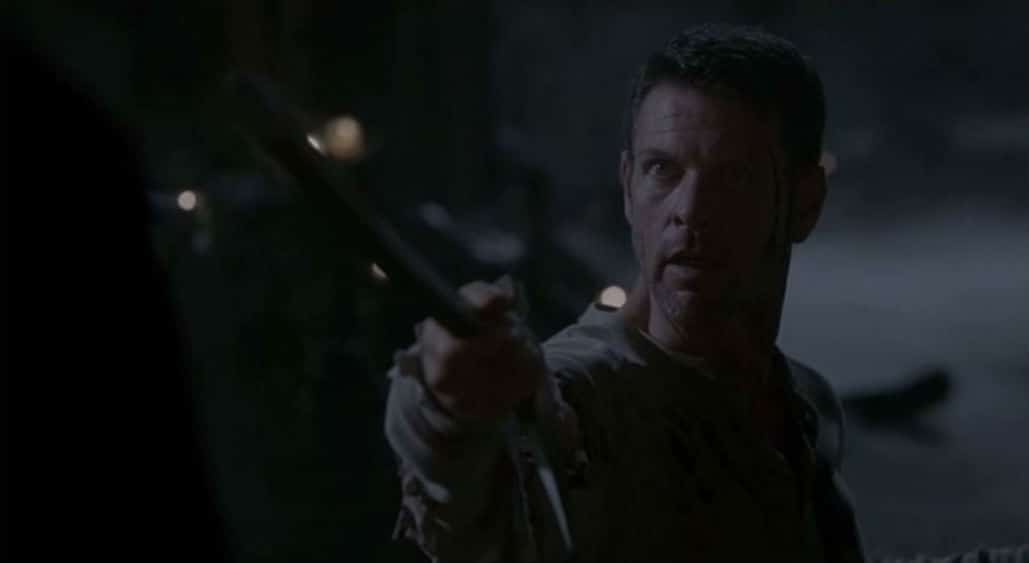 The episode was filled with twists at every corner. From Freya being alive, to Esther’s deal with the psychotic Dahlia, Oliver’s death and more, there was one big twist I didn’t see coming – at least not this soon in the season…the introduction of Klaus’s father. The reveal came when Klaus recognizes him before he goes to find Elijah. At first he thinks it’s a trick, an illusion from his mother. But it turns out the mysterious Ansel, who was helping Jackson and Hayley, is in fact Klaus’s father who returned before the other side collapsed. And he wants a relationship with his son. Despite killing my fantasy of wanting Alice Evan’s real life husband Ioan Gruffudd to play the role of Klaus’s father (the perfection of this casting would have made my year), this actor seems quite promising.

For now Klaus is not interested in having a relationship, but something tells me this man who appears wise, heroic and even kind will eventually win over the cynical Klaus. 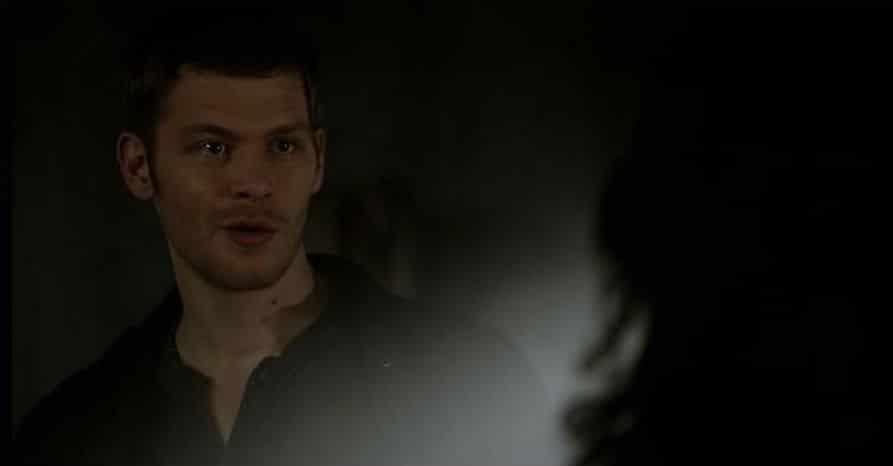 “I’m sorry, is this some sort of motherly critique? Please feel free to choke on it.”

(Klaus says to his mother after talking about many of Klaus’s failures.)

The Mikaelson family dynamic keeps getting more and more twisted and even more awesome with each episode. How long before you think Dahlia and Freya make an appearance? And do you have any casting suggestions for Freya? I can’t wait for her to join the show as a new Mikaelson sibling.

Do you think there’s still love between Esther and Mikael or even Esther and Ansel? That is one sordid love triangle I would LOVE to see. I’m still hoping for Esther to get her true form back though even though I quite enjoy Sonja Sohn’s performance.

What is Esther and Finn’s actual plan for Cami? Cami seems to think that she’s a blind spot for Vincent. But is that really the case? Or is that just what he wants her to think? Something tells me their plan for Cami is not going to be a good one. Though that will only continue to turn Klaus against his mother.

And last, do you think Elijah will now be a changed man seriously considering his mother’s offer? Or will he still be the same old Elijah we all love?

Well, what did you think of “Wheel Inside the Wheel?” Let me know in the comments!

Stay tuned for when I recap the next episode “Chasing the Devil’s Tail.”

Our romance-themed entertainment site is on a mission to help you find the best period dramas, romance movies, TV shows, and books. Other topics include Jane Austen, Classic Hollywood, TV Couples, Fairy Tales, Romantic Living, Romanticism, and more. We’re damsels not in distress fighting for the all-new optimistic Romantic Revolution. Join us and subscribe. For more information, see our About, Old-Fashioned Romance 101, Modern Romanticism 101, and Romantic Living 101.
Pin this article to read later! And make sure to follow us on Pinterest.
By Amber Topping on November 11th, 2014

1 thought on “The Originals: Wheel Inside the Wheel Recap – Magic Always Comes With a Price”