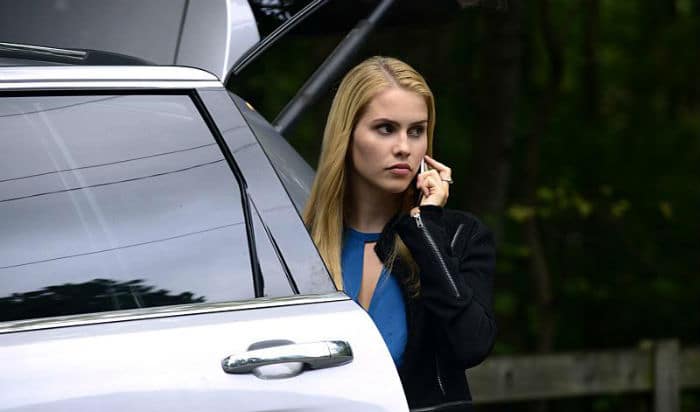 THE BROTHERS THAT CARE FORGOT

While this wasn’t my favorite episode of the season (partly due to the tiresome Davina plot of going after Klaus), there was still a lot of excitement to be found. Plus, can we all rejoice in the triumphant return of Claire Holt as Rebekah? 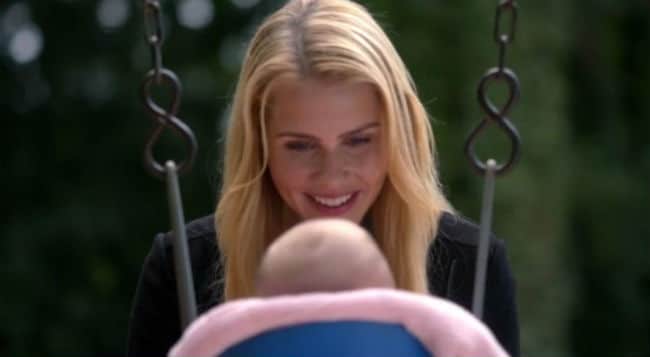 The episode begins in a park with Klaus providing a voiceover as Rebekah pushes baby Hope in a swing: “We arrive into this world as innocents. Wide eyed, vulnerable. It is the job of our parents to nurture and protect us. Unfortunately, our own parents failed miserably at even the most basic of parental tasks. But we are not beholden to the past they created for us.”

Will they be able to give Hope the chance they never had?

Soon, Rebekah notices something is wrong in the park. Birds surround her in an ominous semi-circle. She quickly figures out that Esther has discovered her location. Rebekah calls Elijah and Klaus to give them the news and tell them that she’s going on the run. 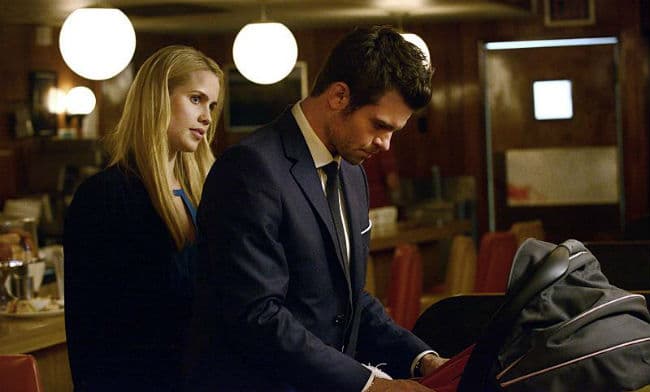 Elijah then meets her at a restaurant, only for Rebekah to notice blood on his collar. Something is clearly off about him. She says she’s going to change the baby’s diaper only to find that Elijah had slaughtered a dozen normal people in the name of protecting her and the baby.

Seeing that Elijah has become unstable from the torture he suffered from Esther, Rebekah breaks his neck and leaves him behind. She calls Klaus to tell him what’s happened. They arrange to meet. 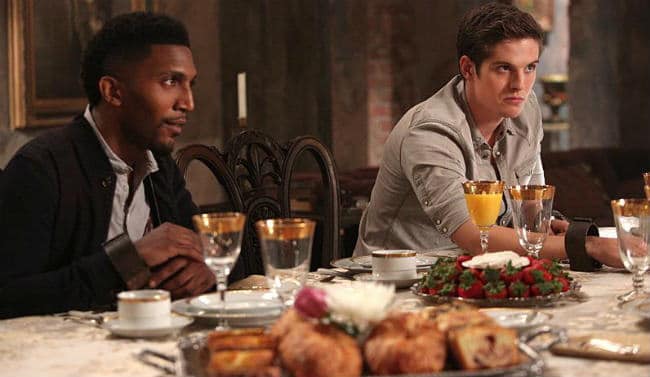 Klaus attempts to make Finn and Kol his allies in the fight to take down their mother. He begins with a dinner with Finn and Kol in chains and unable to actually eat. His plan is to turn them against their mother by convincing them that she’s a monster. When Finn reveals that it’s only a matter of time before Esther finds Rebekah, Elijah becomes unhinged and attacks him. In a little role reversal, Klaus attempts to calm Elijah down from being too violent. 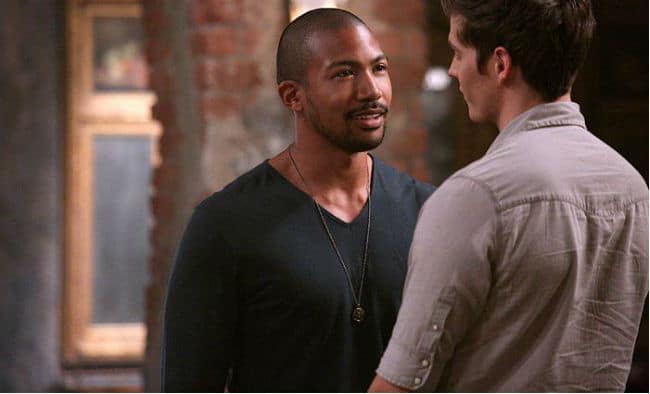 Klaus sends Elijah to meet Rebekah, while he stays behind to work on Finn and Kol. With Marcel’s help they break Kol down. Klaus seemingly convinces his brother that he cares about him and that he actually attempted to avenge his death. Klaus reveals he was unaware of how jealous Kol was of Marcel, but he wants him to be part of the family again. So Kol changes alliances to their side.

Finn, on the other hand, is a harder sell. Finn refuses to turn against his mother but reveals the truth about Dahlia and the curse. Klaus claims to not believe him, but clearly he’s worried it might be true with Dahlia soon returning to kill them all. For now, Klaus places Finn in a coffin with holes for him to breathe. Finn screams in torment. 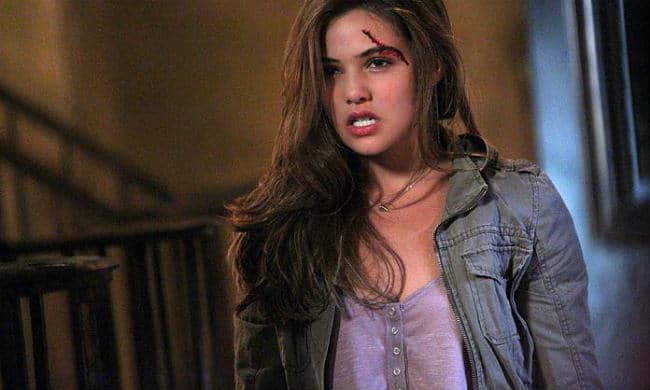 Davina decides to finally take Klaus head on when she learns he took Kol and her white oak stake. First, she goes to see Marcel and Josh where she learns of Marcel’s deception and part in the scheme to take Kol. Then she pretends to be interested in Josh’s love life, so she can make her escape and start her plan. I have to say the scene between Davina and Josh talking about how “hot” Aiden was felt a little too juvenile for me.  Josh introduces Davina to Aiden and then lets them have a moment (and a first kiss) while she makes her exit.

From there, Davina heads on over to the crypt to create some dark magic to take down Klaus, and then she heads on over for a fight. Klaus, more than a little irritated by Davina and her constant attacks, takes her on. Honestly, I’m kind of with Klaus here. It’s time to let it go and move on. I love Davina’s interaction with Kol, but with everyone else she’s starting to come across as a little too whiny and bratty for my taste. And I actually like her character. So a change is needed and soon. There have just been too many plots of everybody against Klaus to the point of ad nauseum.

That said, Davina angers him enough where he goes in for a bite, only to find her blood is poisonous. He collapses, unconscious. 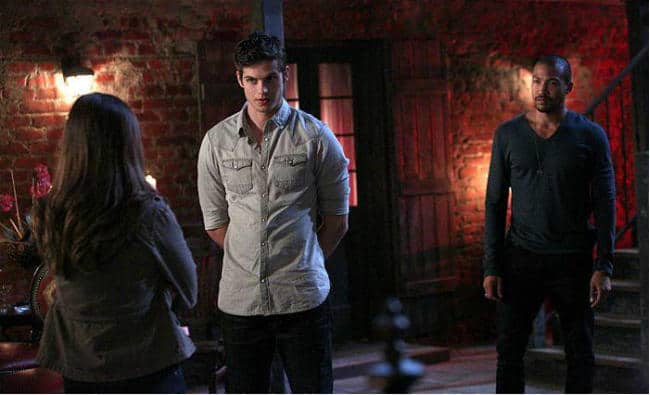 Kol soon makes an appearance, happy that she came to rescue him! But Marcel and Kol soon reveal that he has switched sides. They all agree that Esther needs to be taken down, but it takes some convincing for Davina to wake Klaus up. She hesitantly agrees from the urging of Kol and awakens Klaus. 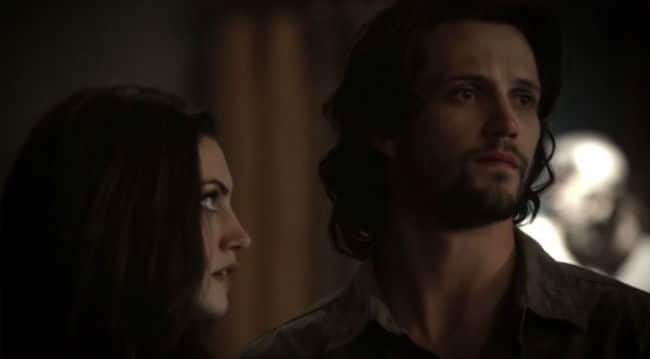 Hayley meets with Jackson to come up with a plan to free the wolves from Esther’s control. It turns out Jackson has been keeping a journal of all the information he learned from Ansel – Klaus’s father. Jackson claims that there’s nothing in there that can help them, though he seems a little cagey about it. So, Hayley steals his journal and starts reading. She learns that there is an ancient ritual that would free their pack and confronts Jackson about it for keeping it secret.

Basically, if Hayley and Jackson were to marry then the pack would be able to take on her ability to transform whenever they wanted and without a moonlight ring. But there’s a catch. Jackson didn’t tell her about it because they couldn’t just marry in name. It would have to be a ‘real’ marriage. She would have to sacrifice her chance to be with Elijah, the man she loves, to save her people. He didn’t want to ask her to make that kind of sacrifice. Aw! I’m starting to really like this guy… Hayley, torn, later tries to call Elijah but he doesn’t pick up (uh-oh). 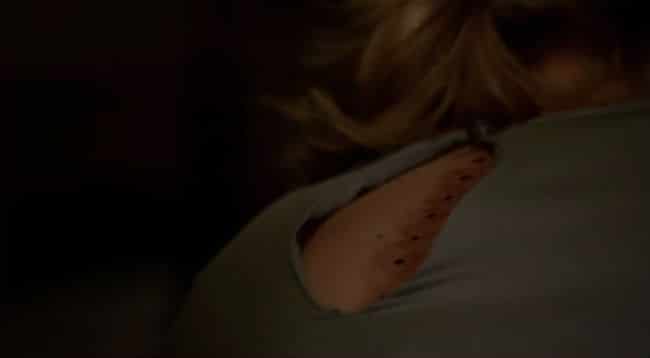 Hayley goes to find Cami to look through her uncle’s belongings for a loophole but to no avail. Hayley discovers strange markings on Camille’s back. It’s a spell that has prepared her body to be the vessel for Rebekah if she chooses to become human again. Cami chooses to later confront Vincent about it who reveals that they chose her because she’s alone in the world and Klaus would never hurt her.

Hayley sets up a meeting with the pack and publicly announces, to Jackson’s surprise, that they will be getting married. Aiden proves his loyalty and helps convince the other wolves by standing up in support and handing over his moonlight ring. Others begin to follow suit. Jackson and Hayley then have a nice conversation where he properly proposes and promises to be a good husband to her. 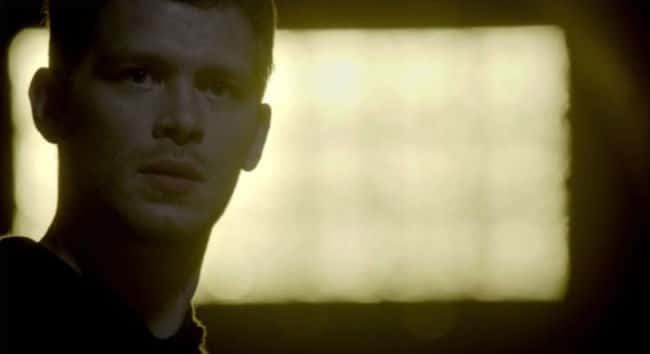 In a nice moment, Klaus reveals to Hayley that they are going to see their daughter… 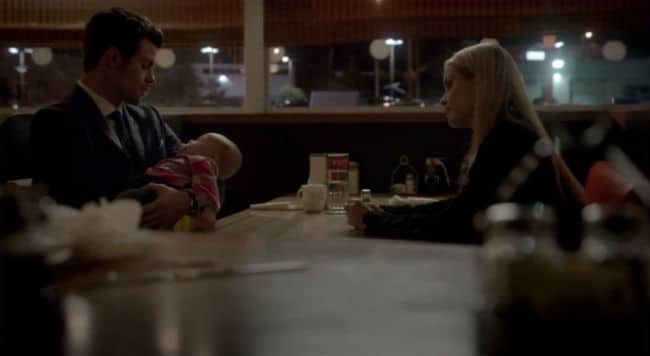 “I know I have to give her back to Hayley when the time is right, but she’s made me realize how much I want that child of my own and I know I can’t have one.”

(Rebekah says to Elijah in a tender moment revealing her own longing for humanity and love.)

For this week’s standout romantic moment, I thought I’d go with something a little bit different. While I’m still rooting for Hayley and Elijah to find their way back to each other, it’s hard to deny the compelling presence of Jackson. With last week’s revelation from Jackson about how he waited for her and was teased mercilessly for it, to this week’s clear unrequited feelings for her on his part, I was pleasantly surprised by the engagement sequence between Hayley and Jackson.

After Hayley agreed to the arrangement that would give her people the power to free themselves from the moonlight rings and the witches publicly, Jackson decides to follow through with a sincere and traditional proposal.

“I know you’re only doing this to help our people, but I promise I will be a good husband to you. Hayley Marshall, will you marry me?” Jackson asks. 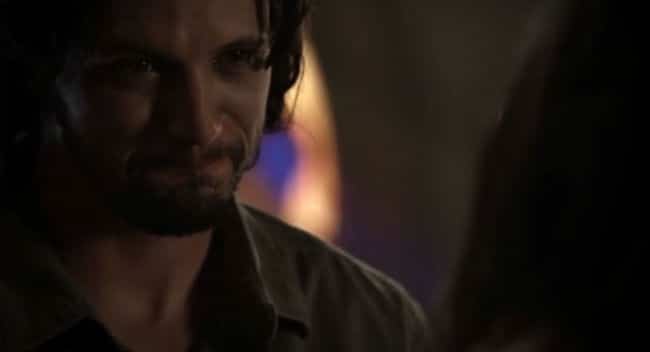 “No ring?” Hayley asks with a smile. 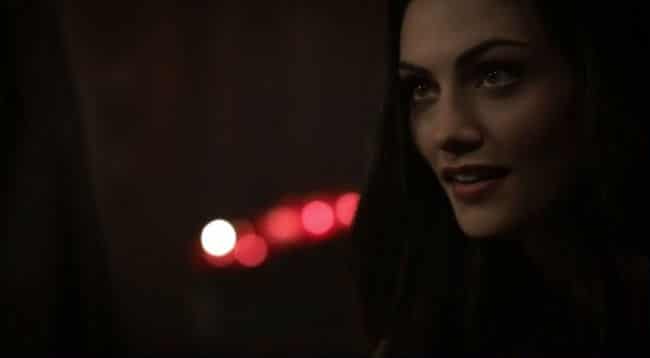 And with that, these two royal wolves are engaged to be married. And while it was a beautiful, sincere moment, something is bound to put a wrench in their wedding. So we will have to wait and see what happens next.

Cami is being prepared to be a vessel for Rebekah! Were you surprised by this reveal? With Claire Holt not around to be a full time cast member, do you think they plan on making a little switch with Rebekah inside Camille’s body soon? I, for one, hope that storyline never comes to pass…I want Camille around as a character and only Claire Holt as Rebekah, even if it’s only for a few episodes a season.

Do you think Jackson and Hayley will actually go through with the marriage? Or will Elijah or Esther put a stop to it first?

Is anyone else ready for the Davina against Klaus plot to end? I’m starting to think Davina might be on the wrong show and should head on over to The Vampire Diaries!

Is it just a coincidence, or is the romantic pairing between Josh and Aiden a wink-wink to the Being Human (US version) characters with a little vampire/wolf reversal? The combination of the two names is a little strange…That said, I’m not really buying this romance yet. It feels a little too contrived, or maybe it was Davina’s fake reaction to them that made me feel that way. What are your thoughts on this star-crossed pairing?

Well, what did you think of “The Brothers that Care Forgot?” Let me know in the comments!

Stay tuned for when I recap the next episode “The Map of Moments.”

Our romance-themed entertainment site is on a mission to help you find the best period dramas, romance movies, TV shows, and books. Other topics include Jane Austen, Classic Hollywood, TV Couples, Fairy Tales, Romantic Living, Romanticism, and more. We’re damsels not in distress fighting for the all-new optimistic Romantic Revolution. Join us and subscribe. For more information, see our About, Old-Fashioned Romance 101, Modern Romanticism 101, and Romantic Living 101.
Pin this article to read later! And make sure to follow us on Pinterest.
By Amber Topping on November 25th, 2014

2 thoughts on “The Originals: The Brothers that Care Forgot Recap – Rebekah Returns”