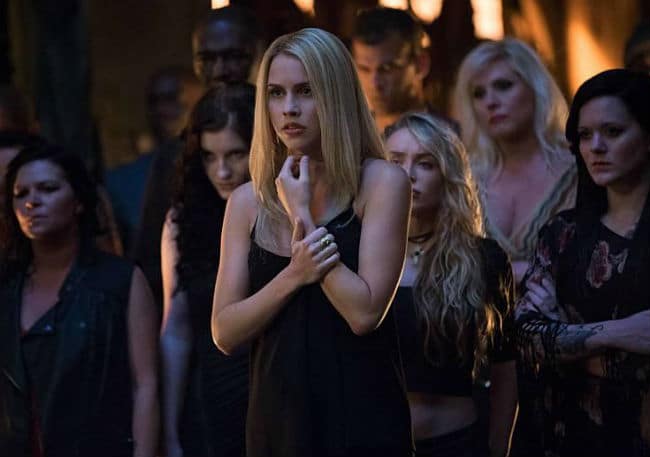 “THE BLOODY CROWN” RECAP AND REVIEW

I will try to be as objective about this review of “The Bloody Crown” as I can be as I admit my expectations for the episode weren’t quite met (I confess my expectations are always unfairly higher for my favorite shows!) So, in some ways the season finale was fantastic and in other ways it was a little bit of an anti-climactic misfire.

For one, the prophecy didn’t really make sense. Where did it come from? Was it the ancestors? Certainly, it was the prophecy that caused Elijah to make the choices he did which actually led to the outcome as predicted. Elijah blames himself for causing it but who created the prophecy to start with? Yes, it came to pass – sort of. But if they hadn’t followed its manipulation none of it would have ever happened – which is a textbook self-fulfilling prophecy. Except we don’t know who first had the prophecy. Though I assume we’re supposed to believe it was the ancestors.

I should also point out that none of them have actually fallen which lessens the impact of a self-fulfilling prophecy. To really pull off this type of prophecy, there would need to be an actual death from one or more of the characters IN the fight (Marcel, Klaus or Elijah) and not someone in the crossfire. Though to be fair, I might have rated the episode higher if I hadn’t already watched the far superior season 3 finale of Being Human UK that dealt with a similar “Shakespearean” self-fulfilling prophecy and handled it to perfection. 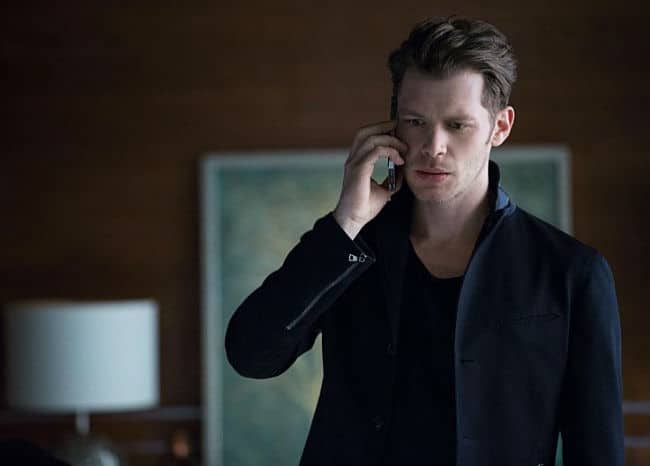 In all, the season’s end of The Originals would have been stronger if:

Still, despite these weaknesses (and yes I know I’m nitpicking but blame that on my need to vent), the dialogue was in fine form and the acting was some of the best of the series. I have to give a special nod to Claire Holt and Yusuf Gatewood who especially impressed.

RELATED: The Originals: Give Em Hell Kid Recap and Review – A Self-Fulfilling Prophecy 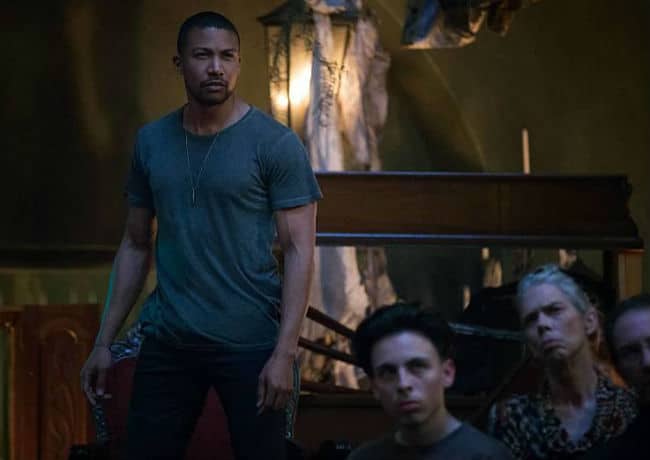 The episode begins with Marcel’s memories of his time spent with the Mikaelsons. It’s the ultimate betrayal in his mind. He was their family and they killed him. The question is: Whose side should we be on? No doubt Marcel has a reason to feel wronged. They betrayed him by killing Davina and then they betrayed him when Elijah killed him in cold blood. And yet, Klaus is changed so we sympathize with his viewpoint as well.

And just when Klaus’s “calm” demeanor begins to reach its breaking point, Rebekah shows up working as a mediator between her siblings and her former lover. After all, Marcel would never hurt her. She calms the situation down briefly but realizes Marcel is not backing down. He does, however, agree to let Klaus have justice – a trial. Hundreds of vampires there to condemn him for what he’s done to them.

Meanwhile, Rebekah and Klaus come up with a plan. Go to this trial for “justice” as Marcel has suggested and find a way to live (Klaus) and not go mad (Rebekah). Ultimately, Rebekah pretends to go mad and sways the mob to believe the best justice for Klaus is to be tortured and not killed. Marcel and the other vampires fall for it. And Klaus makes the noble sacrifice for his siblings. 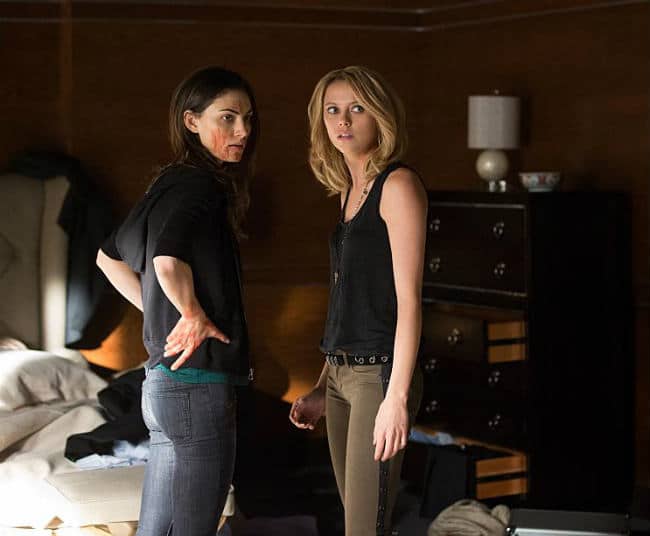 To save herself and her siblings, Freya puts them all (using Klaus as the anchor) in a sleeping spell. Until Hayley (the only one – besides Hope – left awake) can find a cure to save them all, they will remain in a sleep state while they spend time in a blissful dream world together as siblings. Everyone except Klaus who is being tortured by Marcel – and then buried alive.

ALL HAIL VINCENT – WITH THE QUOTE OF THE WEEK 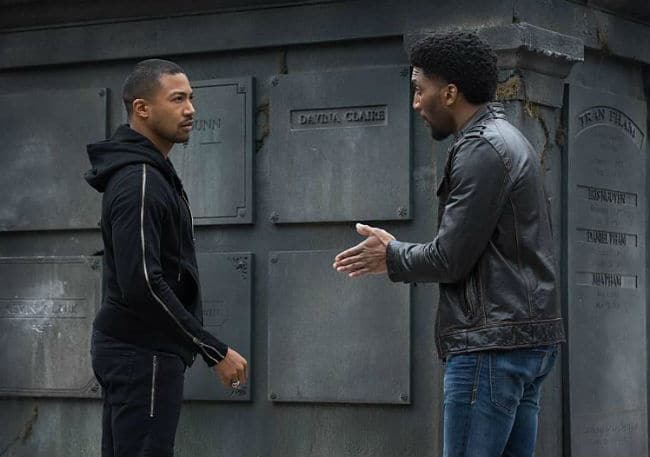 Vincent: All hail the king.

Will brings Vincent into an odd case at St. Ann’s church where Vincent discovers many of the Strix have been slaughtered. While investigating at the church, Will is attacked by a surviving vampire and barely comes out alive. In the end, Vincent sarcastically bows to Marcel pointing out Marcel’s hypocrisy. Marcel is just another “King” and is no different than the Mikaelsons. He then tells Marcel that he’s taking back the church and it will be a sanctuary for anyone who needs it: human, witch, or vampire. Yusuf Gatewood again stole the scene with his brilliant performance.

Elijah and Hayley have a nice touching moment where he pleads with her to not mourn – that she deserves to be happy. 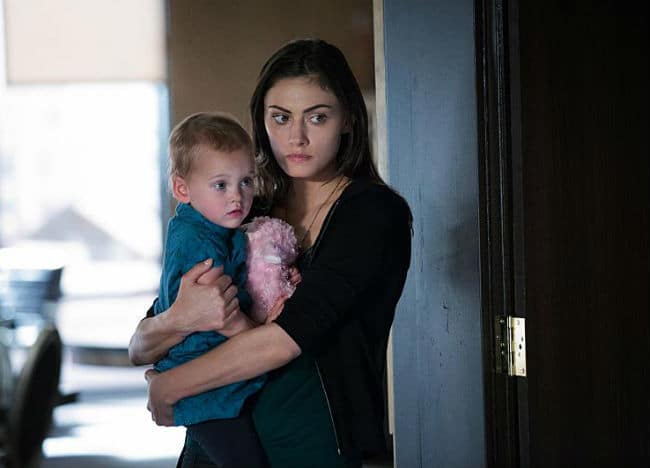 I predicted a couple weeks ago what would happen in the last two episodes and it seems I was spot on. I really shouldn’t be disappointed that nothing surprising happened but I admit I am a little bit. Again, blame that on unrealistic high expectations! I actually think the writers of The Originals do a wonderful job despite me having some differences of opinion with their creative direction these last few weeks. Mainly being the decision to kill off Cami and Davina (though I understand I don’t have all the facts behind said decision), Klaus’s lack of emotional fallout over Cami’s death and the predictable finale.

Still, I do understand this was meant to be a character heavy episode rather than an action-packed one and I appreciated some of the sweet moments between the Mikaelson siblings and the journey we get to watch of Klaus’s redemption. The letter at the end was also a nice touch.

No surprise guest stars? What?

Last week, I shared a quote from Michael Narducci about surprising guest stars in relation to an interview he did with TVLINE. But I misunderstood the original quote. I assumed the “surprising” guest stars he was referring to were in relation to the finale when they were in fact about last week’s episode. Apparently, the surprising guest stars we wouldn’t believe if he told us were Josh and Will. While that’s not what I would consider the definition of surprising or unbelievable, I do give Narducci some major salesman points for selling it so convincingly!

So, there were, in fact, no surprise guest stars this week – so sorry for the unnecessary letdown if you read my review! 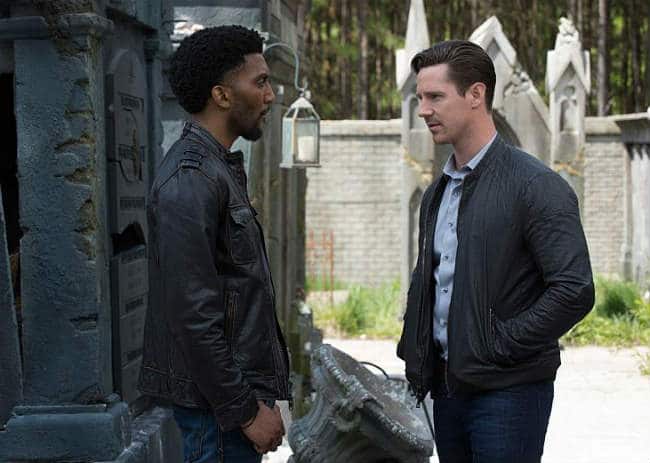 As you have probably heard by now, season 4 of The Originals will not be returning until mid-season. So, it will be a shortened season. This is both a good and a bad thing. It’s great because they won’t need to drag out any plots. But it could also be bad because they film ahead of time and could film the ending without realizing it’s the finale. Hopefully, if it is going to be the last season they will be told in enough advance to film an ending.

As far as season 4 goes creatively, this is what I hope to see:

I could go on! But these are some of the ideas I have in mind right now.

Well, what did you think of “The Bloody Crown?” What would you like to see in season 4? Let me know in the comments!

Our romance-themed entertainment site is on a mission to help you find the best period dramas, romance movies, TV shows, and books. Other topics include Jane Austen, Classic Hollywood, TV Couples, Fairy Tales, Romantic Living, Romanticism, and more. We’re damsels not in distress fighting for the all-new optimistic Romantic Revolution. Join us and subscribe. For more information, see our About, Old-Fashioned Romance 101, Modern Romanticism 101, and Romantic Living 101.
Pin this article to read later! And make sure to follow us on Pinterest.
By Amber Topping on May 21st, 2016

4 thoughts on “The Originals: The Bloody Crown Recap and Review – Klaus’s Sacrifice”