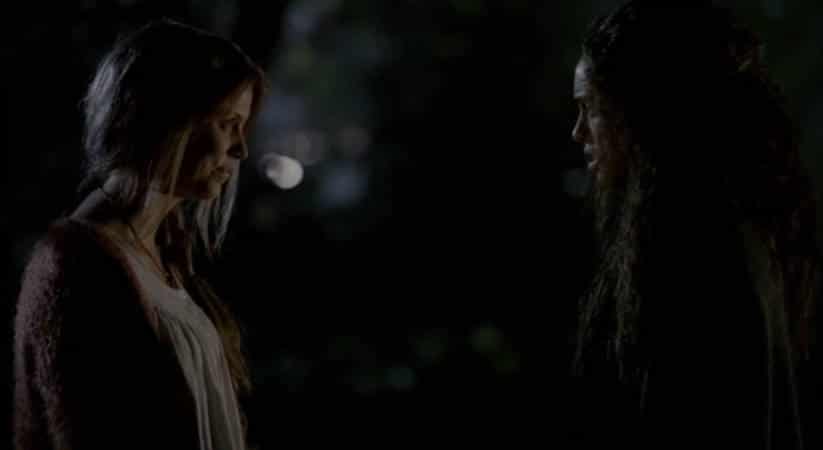 Season two continues to entertain and “Sanctuary” was no different. This week on The Originals we finally got to meet Freya, Hayley and Jackson share their deepest secrets, Finn tortures Marcel for information and Davina’s rescue mission goes sour when Finn marks Kol for death. 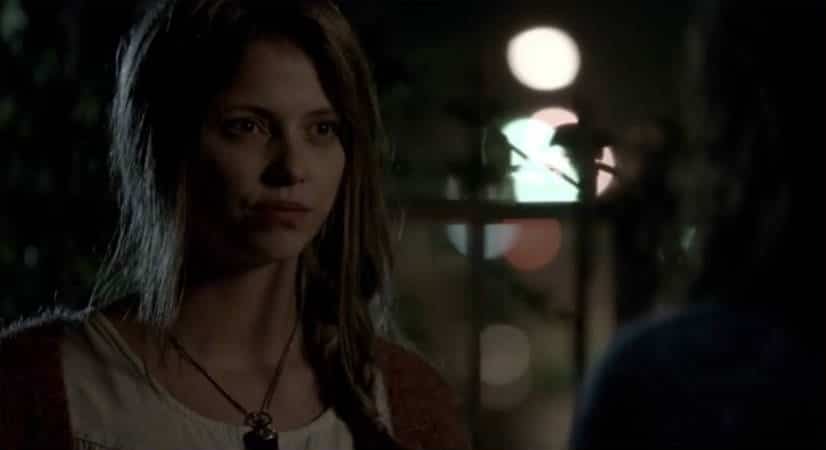 Rebekah becomes interested in the new girl at the witch asylum (who at first seems all kinds of creepy), while she continues to plot an escape with Cassie. And in the day leading up to the escape, she proves she’s the same old Rebekah when she sticks up for the new girl and then brings her in on the escape plan. Rebekah is all for girl solidarity rah, rah, rah…and all that after all. However, the escape doesn’t go as planned when Cassie turns traitor and tells the Kindred what Rebekah is up to.

Thankfully, the new girl shows up in the nick of time using an insane amount of magical power saving Rebekah, while also killing Cassie in the process.

So who is this new girl? None other than Freya, Rebekah’s long lost sister. The sleeping beauty of The Originals is now awake. And after waking from a 100 year slumber inside a glass coffin, she’s out for blood; though she seems to have a soft spot for sister Rebekah who she describes as “kind.”

Personally, I’m a little disappointed the story inside the insane asylum of witches is over! Still, Freya, played by actress Riley Voelkel, has certainly made quite the first impression. It’s time we had another original sibling. 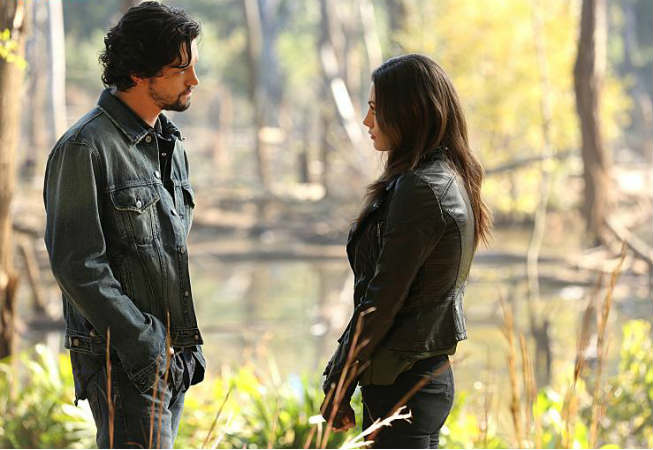 Before Jackson and Hayley can tie the knot, they have to come clean to each other about all of their secrets. Jackson goes first when he reveals the truth about Hayley’s parents: that it was his grandfather who killed them when they wanted to make peace with Marcel and the vampires. But Hayley takes it in stride, saying it’s not his fault.

When it’s Hayley’s turn, she struggles more to tell Jackson the truth, because it could put her baby at risk. Yet, she clearly feels she can trust him. But before she can tell Jackson, Klaus interrupts their conversation (after having made quite the appearance to Jackson’s grandmother Mary. Did anyone else expect him to huff and puff and blow the house down? I guess Klaus turned out to be the big bad wolf after all). 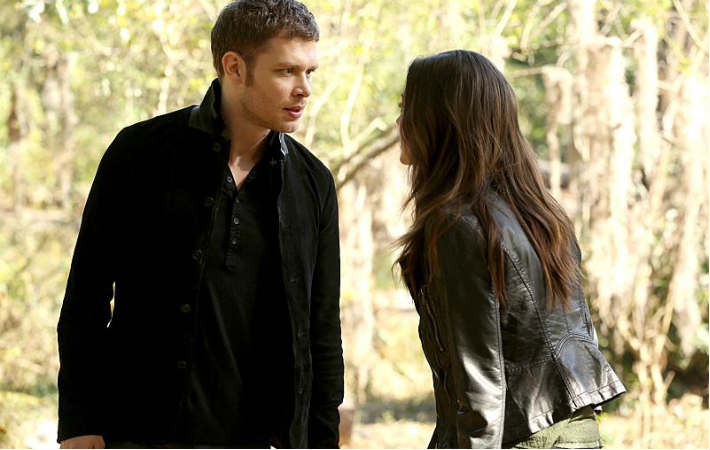 Hayley claims to trust Jackson and pleads for Klaus to trust her. Klaus admits to trusting her, but not Jackson, so he breaks her neck to keep her out of the way for a little while. From there, Klaus brings Jackson into the woods to kill him. However, Jackson makes a pretty strong case as to why he can be trusted. But before Klaus can decide to kill him or let him live, Hayley shows up to save Jackson. She again takes Jackson’s side, defending him. Klaus hesitantly (or so he acts) agrees to the marriage and allows Hayley to tell him the truth.

Later, Hayley finally tells Jackson the truth…of course in the style of a fairy tale (which seems to be the going influence this season).

After it all, Klaus calls Elijah to tell him his plan concerning Jackson. He is exactly where he wants him. But once Hayley and Jackson are married, and the wolves freed from Finn, there will be nothing keeping him from killing Jackson. 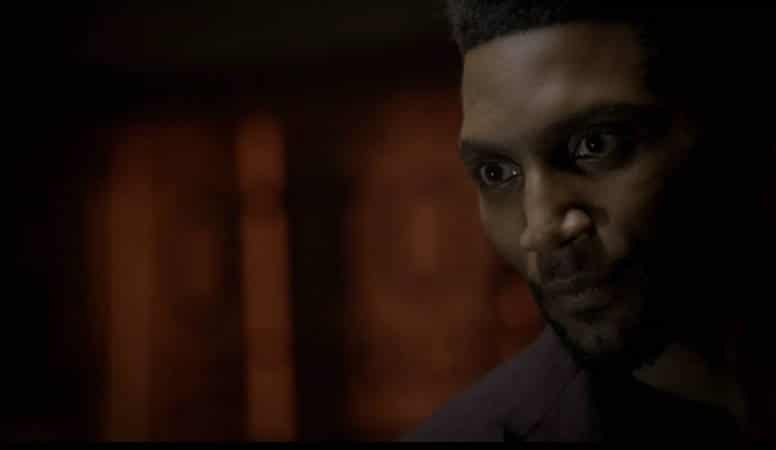 Meanwhile, Finn tortures Marcel for information to discover the big secret he’s convinced Klaus is keeping. But it seems Marcel doesn’t know anything. However, it’s his lack of knowledge that in fact leads to the truth. Finn puts all the puzzle pieces together when he figures out that Marcel’s mind was wiped as a way to protect the baby. So the baby must still be alive! 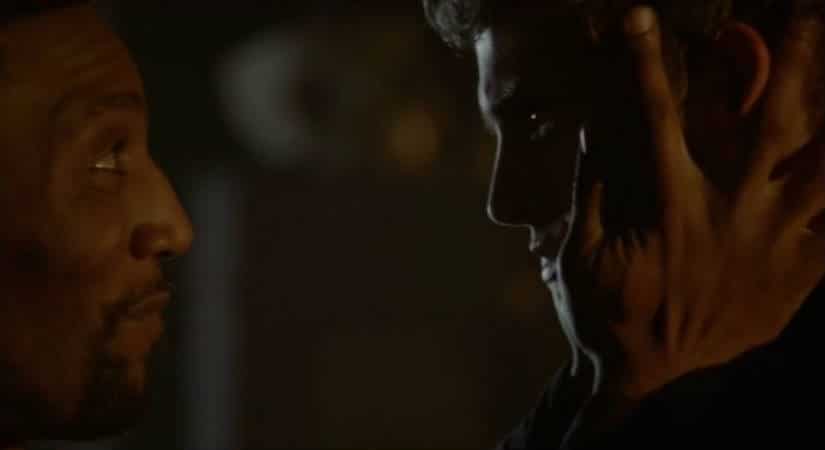 Davina ropes Kol and Aiden into helping save Josh and Marcel from Finn. But the plan backfires when Finn doesn’t fall for Kol’s act and instead marks him for death, giving him the “thing he fears most.” The team does have a small victory, however, when they are at least able to save Josh.  That said, it looks like time’s about to run out for Kol. 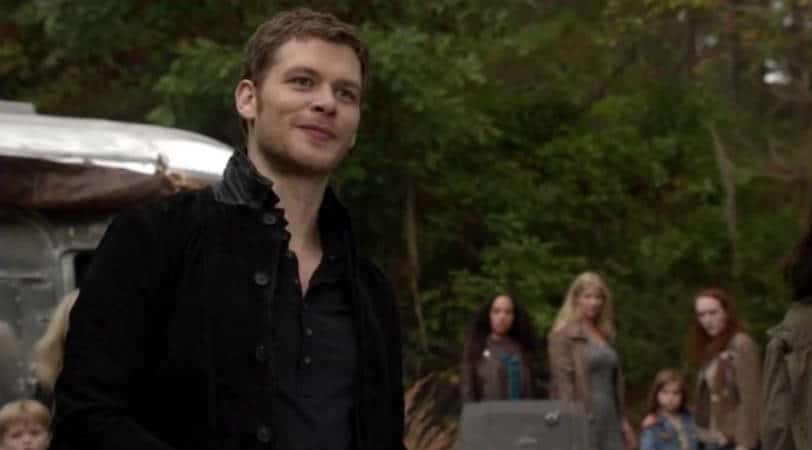 Klaus: I wonder if you lot can help me. I’m looking for the hybrid who calls herself your queen. I prefer you tell me where she is before I grow irritated. After all…there are children present. 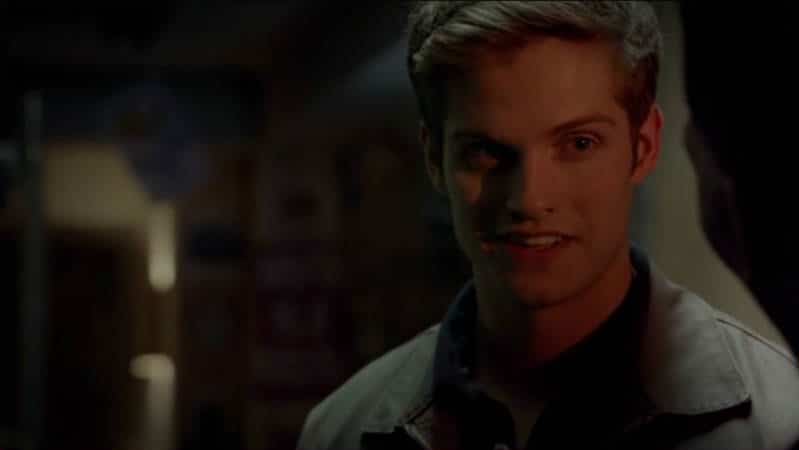 Kol: Wow Finn, you sound like Sherlock Holmes after one too many tequilas.

A STANDOUT ROMANTIC MOMENT…SORT OF 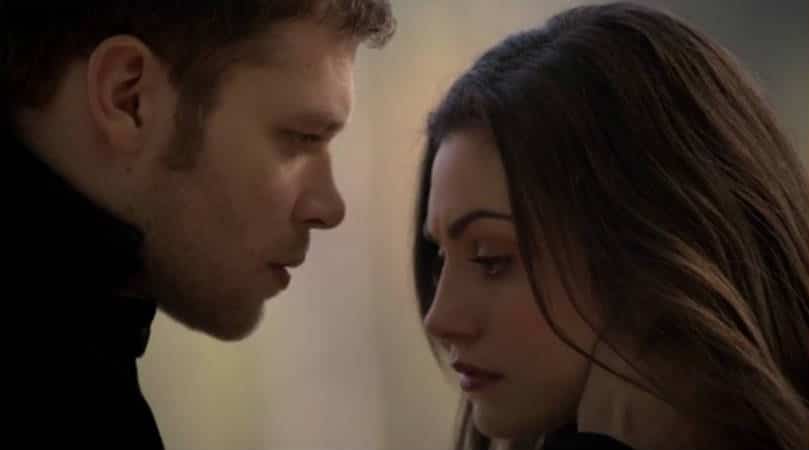 This week’s episode was not particularly romantic, but I did sense some possible tension between Hayley and Klaus when he touched Hayley’s face and admitted to trusting her. But it being Klaus, he spoiled the moment seconds later by breaking her neck. So question is: could the triangle between Jackson, Hayley and Elijah become a quadrangle in the near future by throwing Klaus into the mix? Or will Klaus and Hayley remain friends?

How did Freya end up locked inside the house of horrors? And why for 100 years? It should be interesting to see how this character develops and what her relationship with her siblings will be like.

Is it wrong how much I love the new Rebekah? Maisie Richardson-Sellers is amazing in the role.

Will Kol be able to find his way out of the death spell? Or is this the end of the road for Kol Michaelson?

Well, what did you think of “Sanctuary” and Freya? Let me know in the comments!

Stay tuned for when I recap the next episode “The Devil is Damned.”

Our romance-themed entertainment site is on a mission to help you find the best period dramas, romance movies, TV shows, and books. Other topics include Jane Austen, Classic Hollywood, TV Couples, Fairy Tales, Romantic Living, Romanticism, and more. We’re damsels not in distress fighting for the all-new optimistic Romantic Revolution. Join us and subscribe. For more information, see our About, Old-Fashioned Romance 101, Modern Romanticism 101, and Romantic Living 101.
Pin this article to read later! And make sure to follow us on Pinterest.
By Amber Topping on February 5th, 2015