This week on The Originals, there’s a tension-filled family reunion with flashbacks of Mommie Dearest, Esther switches bodies (into an older and better actress) and Elijah becomes a mentor.

The episode begins with an invitation. And not just any invitation; Esther has invited herself to Klaus and Elijah’s home. So they’ve got some preparing to do. While Klaus and Hayley bond over their similar violent temperaments (both wanting to kill Esther), Elijah reminds them that they need to actually “decipher” Esther’s intentions with only an afternoon to do it.

Meanwhile, Esther and Finn put their own plan in place. First, Finn meets with Oliver (who is now fully a spy for Hayley) and gives him a moonlight ring which “comes with a price.” Second, Finn kidnaps the witch Lenore who has just started working with Elijah and has Oliver torture her for information. But since Oliver informs Hayley of all developments, Hayley goes to see Lenore and takes her to perform a spell.

In the past, we learn more about the mother/son relationship between Esther (Alice Evans is back, yay!) and Klaus. Esther appears to have a bond deeper with Klaus than her other children. While still a boy, she tells him that she is with him “always and forever.” And as a young Finn eavesdrops in the background, it is obvious Finn – who loves to tattle – is extremely jealous of his mother’s relationship with Klaus, in what may prove to be in an oedipal type of way. Esther soon makes a special necklace for young Klaus and makes him promise to wear it always because “he is the most special.” But as it turns out, the necklace was meant to keep him weak (therefore making him appear weak to his father who valued strength) to keep him from killing and therefore activating the werewolf curse. When Klaus was older he challenged his father to a duel only to be stabbed by him with a sword. It was the necklace that caused him to lose his strength in the fight. When Klaus learns of this deception in the present, he expresses his anger to Elijah. “She made me weak,” Klaus says. But Elijah will hear none of it. He reminds Klaus that he was never weak and that he is the fiercest of them all. 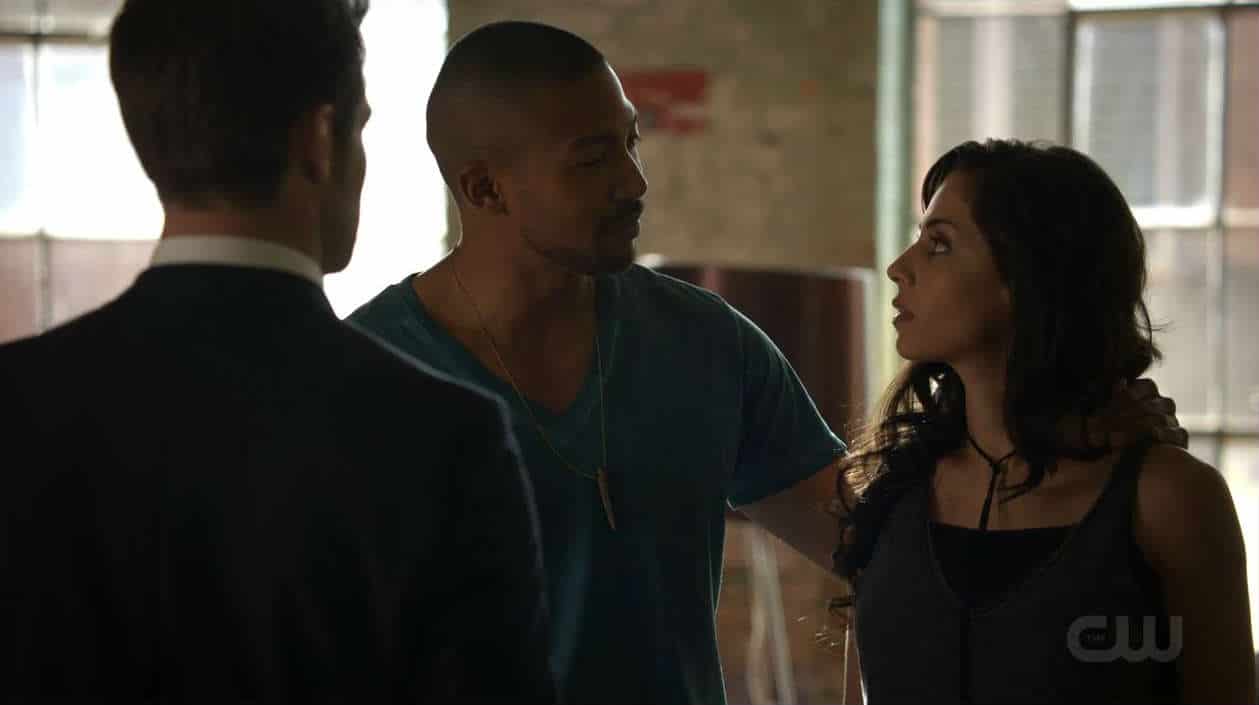 Since part of Elijah’s plan is to figure out what body Esther will jump into next, he goes to see Marcel in search of a cooperative witch who can cast a spell. He knows Davina’s off the table, so he needs Marcel to introduce him to another one. Good thing for Elijah, Marcel knows just the witch – Lenore. Besides, this all works in Marcel’s favor since he hopes to convince Elijah to join his side and mentor new vampire Gia. Marcel’s first step? Have Gia be the one to introduce Elijah to the witch Lenore (who later gets on board with the promise of tax incentives).

Elijah gives Gia her first lesson – not to waste his time; and then the second, mind compulsion. While Gia doesn’t feel like Elijah has proven to be a good teacher as of yet, Marcel remains convinced he’s the right one for the job. And in what may be Marcel’s smartest plan to date, he reveals to Gia that he wants Elijah to see them as “family.” And as we all know, nothing is more important to Elijah than family. Plus, Elijah has an Achille’s heel: “He can’t help trying to fix what’s broken.” Thankfully, Gia (whose own family rejected her) is very broken. 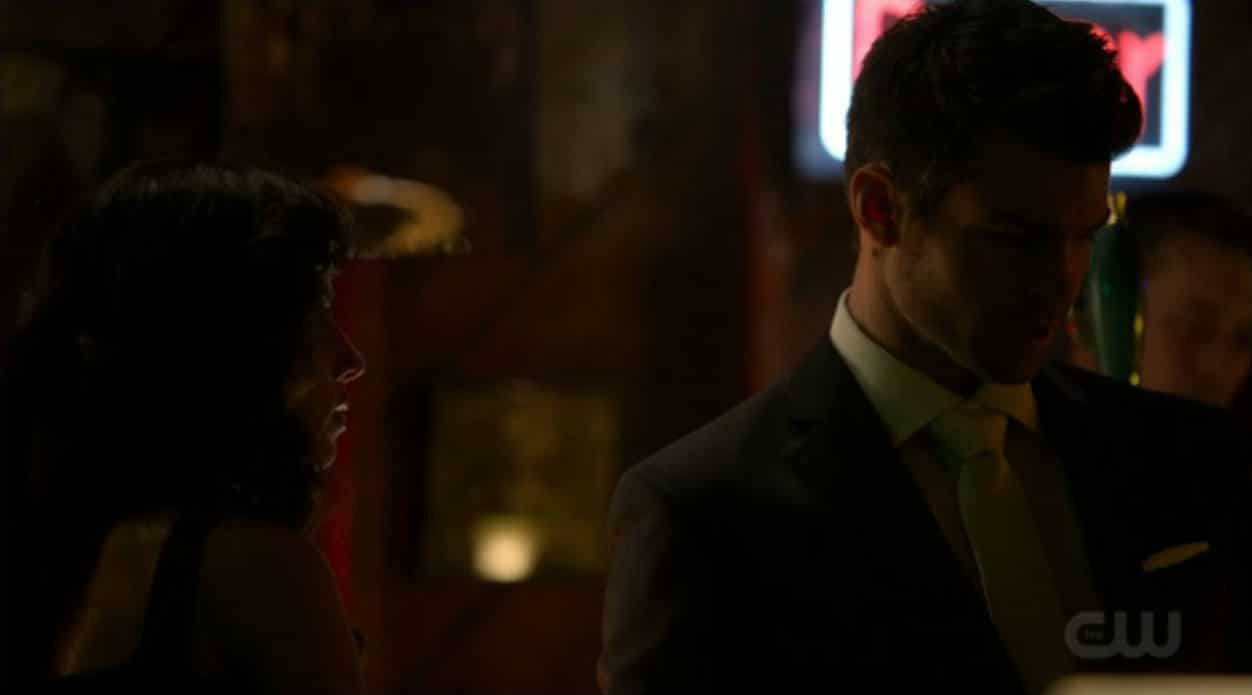 At the end of the episode, Elijah agrees to be her mentor and even gives her a little lesson in rhythm and music. Before dinner begins, Finn makes his grand entrance and reveals his true identity to the surprised Elijah and Klaus. He soon reveals that Kol is also working with them. Finn promises that change is inevitable, but Klaus believes the only inevitable thing is Finn’s own death – and throws a knife across the room to make a point. As they wait for “mother” to arrive, the three brothers have a conversation deeply rooted in sibling rivalry. When Klaus accuses Finn of being a sycophant who only returned to wash their mother’s knickers, Finn grows enraged. He questions Elijah in disbelief for turning his back on him as he was left daggered in a box for 900 years. In the midst of this heated reunion, Esther appears telling her boys she missed them too. 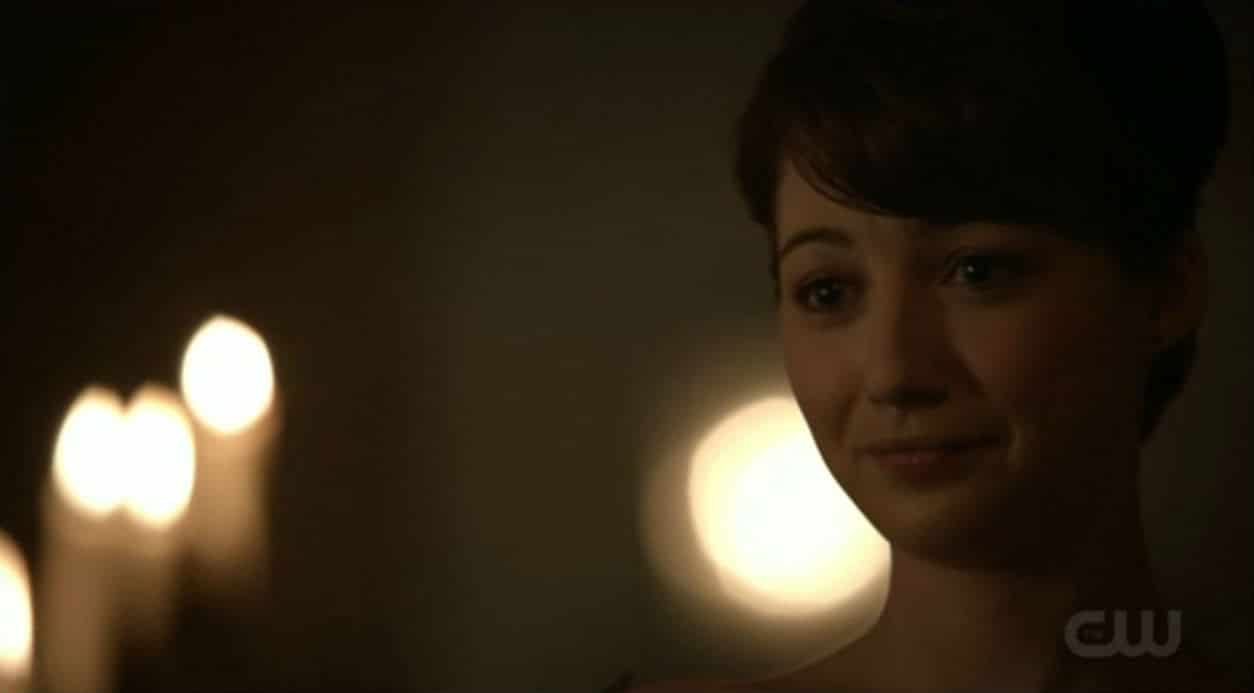 While the Mikaelson boys have dinner with their mother, Hayley does the spell with Lenore. If the spell works correctly, Esther will have a specific branding on the hand of every person she jumps into.

Over dinner, as they recall the past, Klaus learns of his mother’s secret and her betrayal toward him when he was young. He accuses her:

“You mother are the author of everything I am.”

In the midst of this revelation, Esther passes out. She has left the teenage body of Cassie for good. She jumps into the body of Lenore (who thankfully finished the spell) and faces the surprised and very alarmed Hayley. It turns out part of Esther’s plan was to meet face to face with Hayley and give her a tempting offer. She can give her a new body where she won’t be a hybrid anymore and still be able to raise a family of her own. Elijah and Klaus rush to save her, but Esther has no intention of harming her…yet. 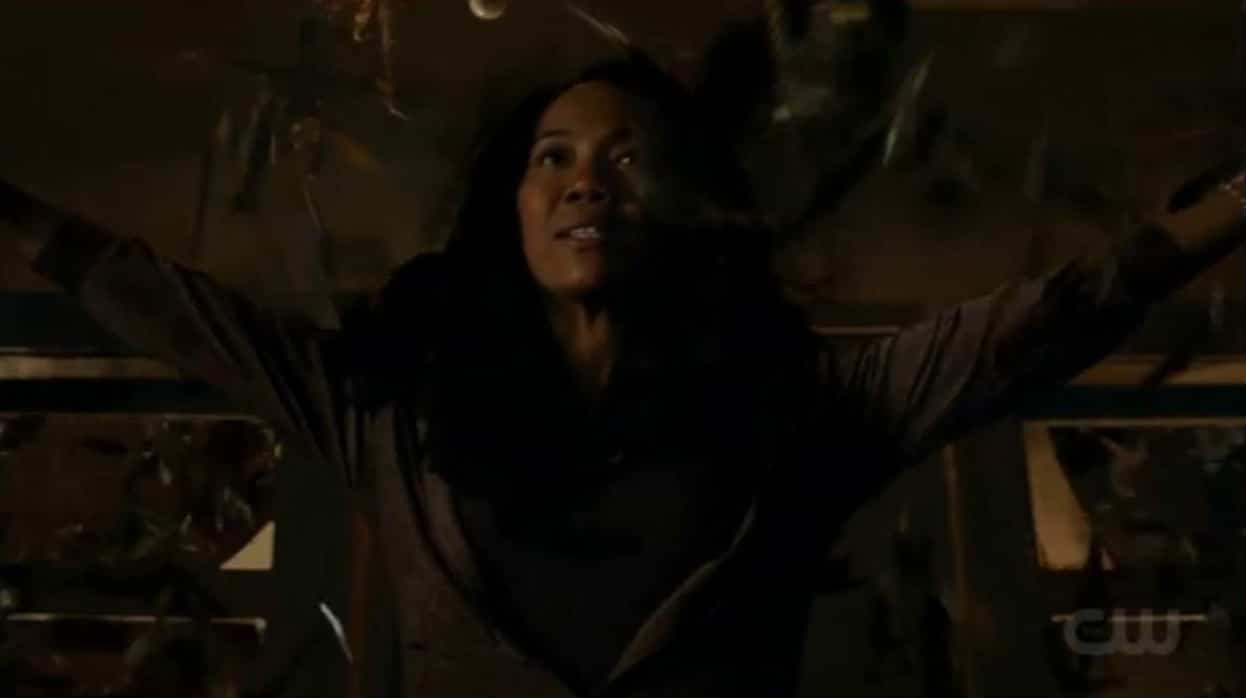 Esther finally reveals her purpose: To heal her family! She plans to destroy everything Elijah and Klaus hold dear, until they beg for mercy. First up, Marcel and his group of vampires on the outskirts of town. But hey, it’s all for love! Hayley: Every good story needs a wicked witch. It will be all the more satisfying when we melt her.

(After Klaus tells Hayley the story of why his mother turned against them.) 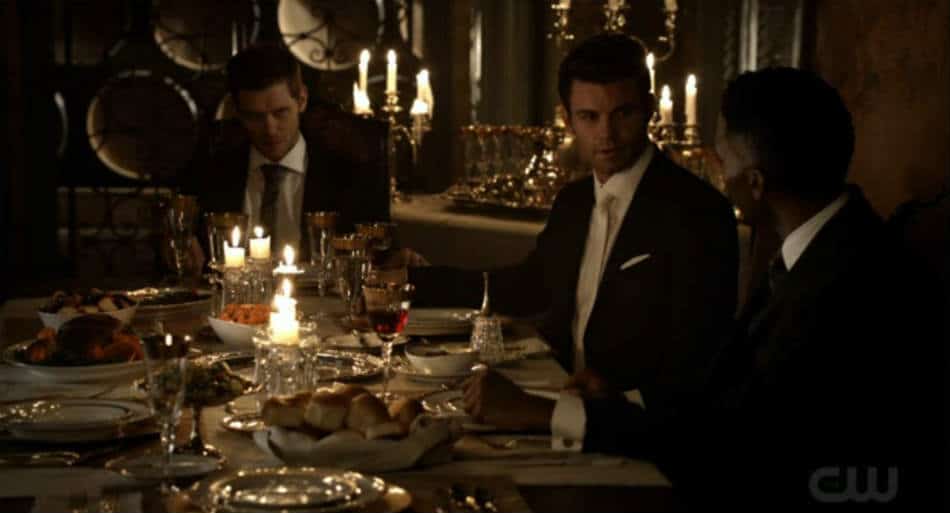 Elijah: You might reside, parasitically I might add, in another body but let me assure you in 900 years your tedious sentiments remain quite the same. You see Finn, like Father you’ve always despised our supernatural existence. Father of course slaughtered and consumed his own, whereas you became pretentious and dull…much like this meal. I will not ask you again, where is mother?

(Elijah gives Finn a mouthful after being accused of being a failure to the family.)

It’s been a couple of weeks since Cami has made an appearance, so we can only assume she’s going to be back soon with a big storyline. And with this week’s revelations about Esther’s intentions to go after everything and everyone they love, it’s only a matter of time before Cami is in the crossfire. We know Finn has disguised himself as her college counselor, but does he know the level of affection Klaus has for her? Or is he simply interested in her family’s connections to the supernatural world?

What did you think of “Every Mother’s Son?” And what do you think is going to happen next?

Stay tuned for when I recap the next episode “Live and Let Die.”

Our romance-themed entertainment site is on a mission to help you find the best period dramas, romance movies, TV shows, and books. Other topics include Jane Austen, Classic Hollywood, TV Couples, Fairy Tales, Romantic Living, Romanticism, and more. We’re damsels not in distress fighting for the all-new optimistic Romantic Revolution. Join us and subscribe. For more information, see our About, Old-Fashioned Romance 101, Modern Romanticism 101, and Romantic Living 101.
Pin this article to read later! And make sure to follow us on Pinterest.
By Amber Topping on October 22nd, 2014