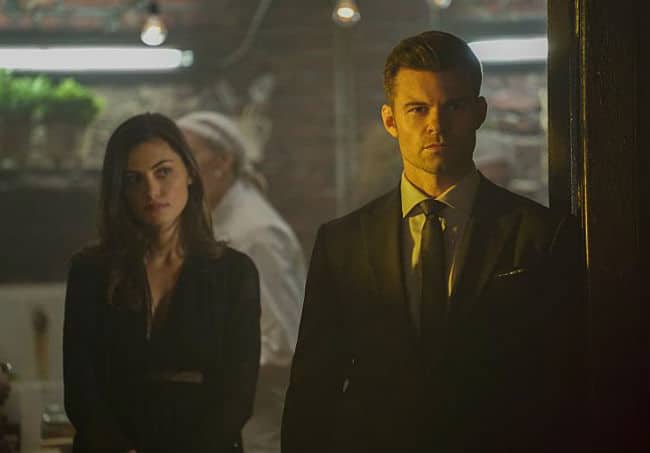 “Give Em Hell Kid” begins with not one, but two funerals. One for Cami – an Irish wake. And another for Davina – a quiet memorial in the cemetery. The episode asked an important question. To take the serum? Or not to take the serum? In the end, it turns out Marcel never even contemplated the question at all. He chose to drink the serum and become a beast as soon as Vincent handed it to him.

“Give Em Hell Kid” was a stronger episode than last week’s mediocre one and was overall a solid penultimate episode to the season. But I still feel disappointed at the demise of two female characters (one of which doesn’t seem to have served much of a purpose). Not to mention the predictability of the episode in general. Everything I theorized would happen last week pretty much happened – but again, that’s on me! I tend to place higher expectations on shows I love. Still, I hope the finale will be brimming with surprises left and right.

Till then, let’s take a look at what went down in “Give Em Hell Kid.”

RELATED: The Originals: Where Nothing Stays Buried Recap and Review – We Say Goodbye Yet Again

ONE BY FRIEND, ONE BY FOE, ONE BY FAMILY 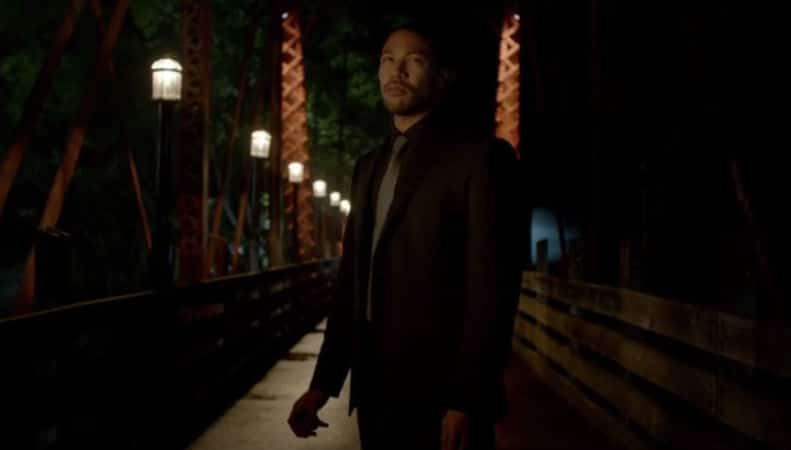 Freya continues to use magic to uncover the truth about the prophecy, only to have a vision of Marcel becoming the beast and killing them all. Elijah witnesses the vision with Freya and becomes convinced he needs to stop Marcel at any cost. Unfortunately, it’s by trying to prevent the prophecy that the Mikaelsons (especially Elijah) guarantee its outcome. A self-fulfilling prophecy after all.

Elsewhere, Klaus tries to convince Marcel that he sees him as a son. But Marcel isn’t hearing any of it. Still, Klaus manages to make some headway until Elijah shows up putting a stake into the whole process and rips out Marcel’s heart. Klaus once again faces devastation, an unbearable loss. However, they don’t know that Marcel is still alive since he drank the serum. Apparently, Marcel is all things at once – a friend, a foe and family. Uh-oh. It looks like we have some Shakespearean drama to face next week.

THE RETURN OF DETECTIVE KINNEY

Will becomes suspicious due to the unanswered questions surrounding Cami’s death. Unwilling to let it go, Vincent reveals the truth to him. AKA – the supernatural (vampires, witches and werewolves) are all real. Will quickly becomes an ally to Vincent, relieved that he hasn’t actually lost his mind. 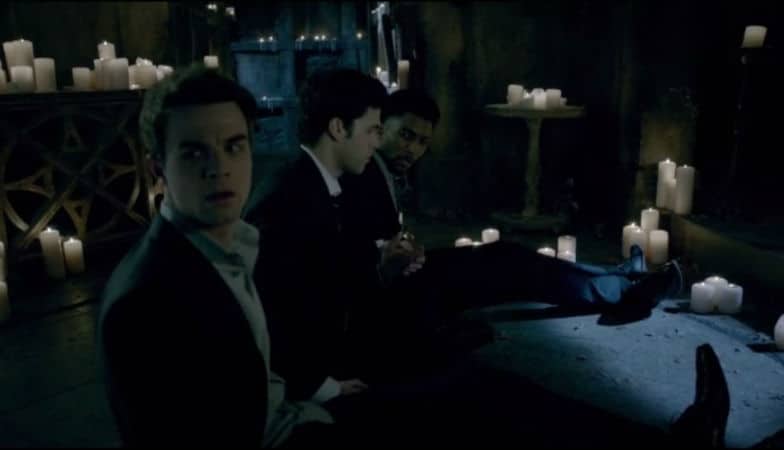 Meanwhile, Vincent, Kol, Josh, and Marcel want vengeance for Davina’s death. One aspect of their vengeance is to destroy the ancestors – or at least their power over the living. To do that, Vincent and Kol need to pay a visit to the ancestral plane with a device (that Vincent’s ex-wife Eva used), all with the intent to sacrifice their own lives.

From there, Kol and Vincent cross over while Josh remains the anchor. Once there, they find a weakened Davina. She tells Vincent to go back to lead the witches out of the darkness. She then shares a heartfelt goodbye with Kol. And then in a beautiful moment, Davina goes out a hero and defeats the ancestors, making the ultimate sacrifice. 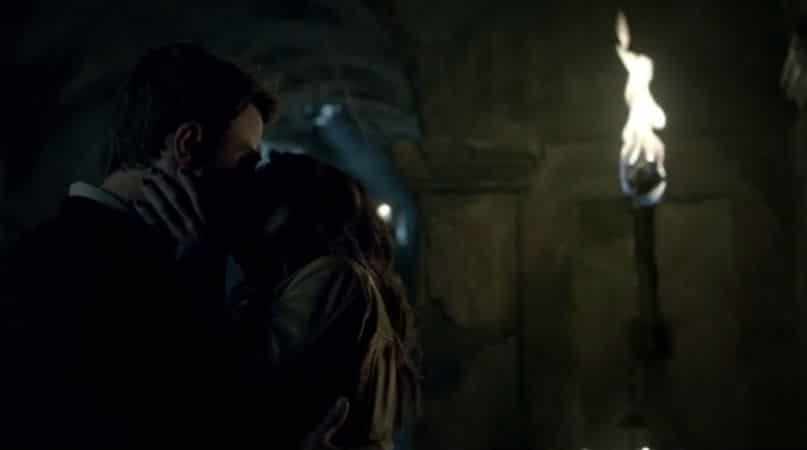 How beautiful were Kol’s final words to Davina? He reveals the first time he actually saw her. He watched her (as she carried the world on her shoulders) bring dead flowers back to life with her magic and then smile afterwards. Kol then revealed a heartbreaking yet romantic truth:

“I was dead for ages, Davina Claire. And only then did I feel alive again.”

The two exchange I love you’s, kiss and then she sends him back. The two parted forever. 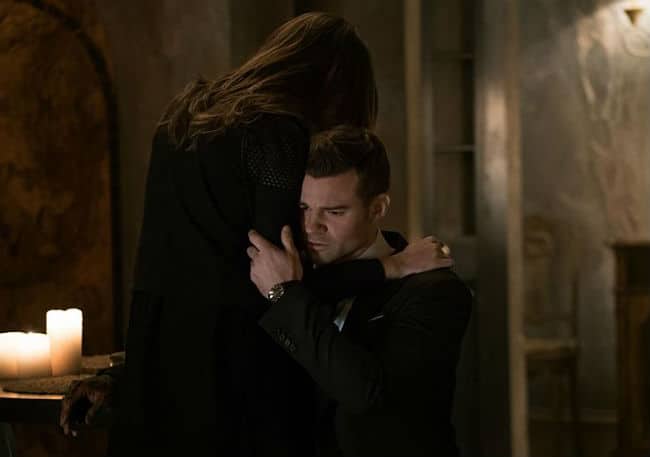 Elsewhere, Elijah and Hayley kiss, reuniting before the tragedy unfolds next week. 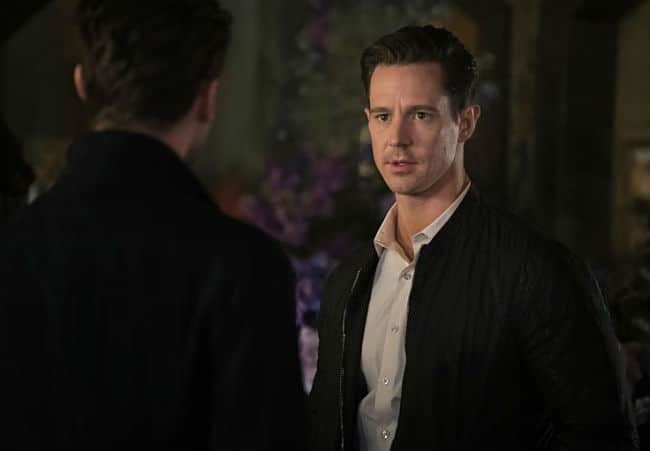 (Moonlight fans will get this one):

Will: Excuse me, don’t I know you? Sorry, you just look so familiar.

Klaus: I have one of those faces.

A coincidence? A nod? Or a clue of the conspiracy to have Moonlight return in a crossover event? You’re all correct. It’s definitely the third one. (Wink wink.) 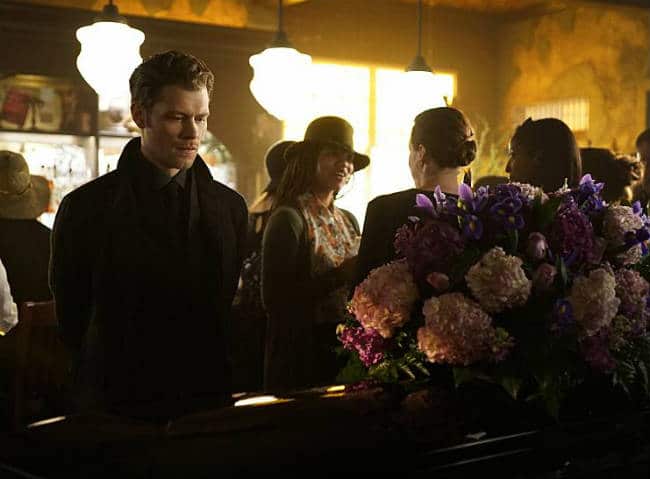 At this point, I feel like Cami’s death has proven to be rather contrived. It hasn’t really done much to really further the plot that couldn’t have been done with a few slight tweaks if Cami were still alive. It all feels rather unemotional at this point. That is unless she were to return as a ghost or an angel. Or even as a resurrected human of sorts (see the previous recap). 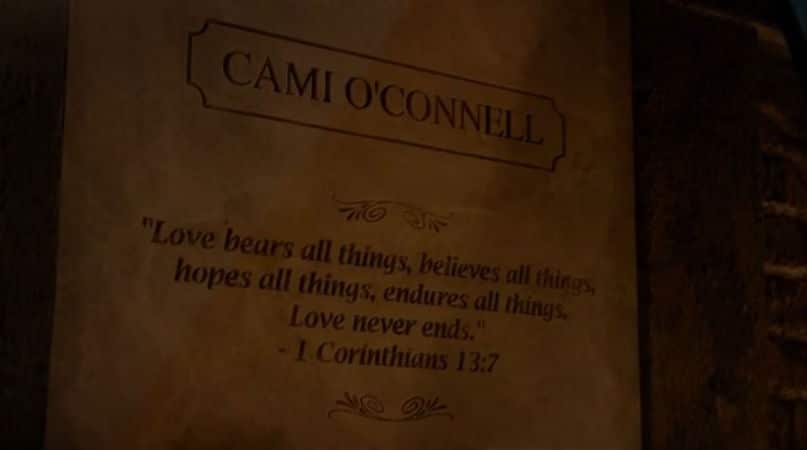 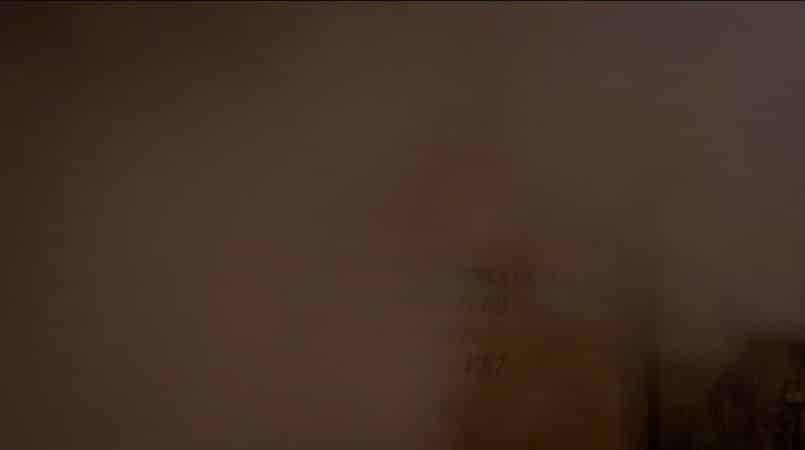 In fact, did anyone notice the eerie shot of Cami’s headstone with a quote from Corinthians? Trying to simply be poignant with the verse about how “love never ends?” (It was basically a beautiful tribute put together by Klaus for Cami.) Or something more?

It’s probably the former. But the door is open…

As far as Davina goes, while I find it VERY disappointing they killed her off – at least her death had a thematic purpose. She put an end to the Ancestor’s control – though it would have been nice to see said ancestors when she cut them off from their evil plan. But I digress…At least her final moments were incredibly romantic.

In fact, romantic kindred soul romance is one of the strongest aspects of The Originals. It usually doesn’t have that “shipping” type quality that at times plagues The Vampire Diaries (by pairing anyone and everyone together at one point or another). So it’s a shame two of the main romances have come to an end. At least in part. If the writers stay true to the archetypes they’ve borrowed from, Kol and Klaus will continue to mourn and continue to only love their “soul mate” even though they’re dead. There’s a quality of longevity to these couples which would make it laughable nigh ridiculous to pair the men with new female interests next season. It would also lessen the impact of these two amazing female characters’ deaths.

WHERE HAVE ALL THE FEMALES GONE? 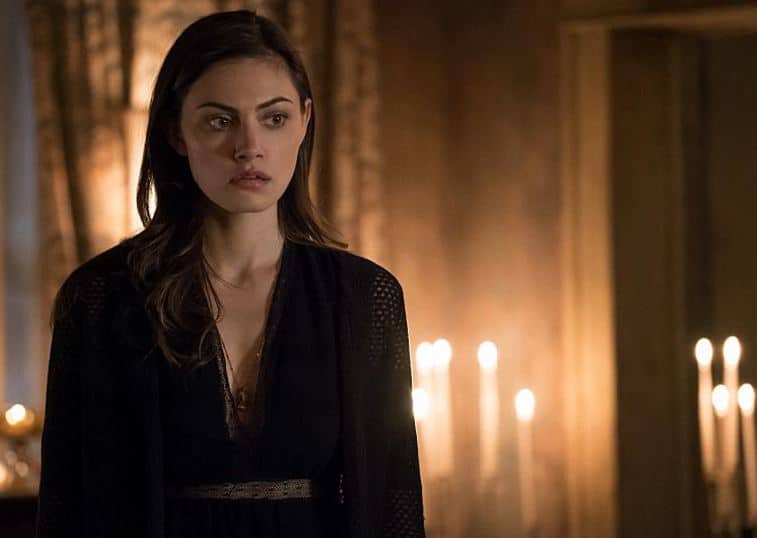 And speaking of the deaths, I still feel like killing off two female characters at the exact same time was overkill. Especially with all of the male characters overpopulating the series right now which became glaringly obvious in this episode.

Even Josh and Will returned – two characters who never had a chance to interact one last time with the female characters they’re connected with.

The females still left behind don’t have much to do at this point other than giving exposition, support, comfort and advice to the male characters. Hayley has become a mere female prop to the men lately. This needs to change if the show is going to continue to work. The Originals is a show that has great female characters. But that seems to be diminishing fast and needs to be rectified as soon as possible.

Which, again, is why I believe they should bring Cami back! And then add a couple new ones who will (shock) NOT be love interests for the male characters. You know, unless it’s for Vincent!

MORE IMPOSSIBLE MOONLIGHT THEORIES – OR AT LEAST A WILL ONE

I’m someone who LOVES to come up with theories so I still feel Will’s placement in the whole story just feels a little too convenient. Is he really who he says he is? Or is there more to him than meets the eye? Has he been faking this whole time? There’s something cagey about each of his scenes that make me think he isn’t completely telling the truth. And now he’s placed himself in Vincent’s inner circle. So either he’s going to be the new rep for humans – taking Cami’s place – or he’s not who he says he is.

Could Will be behind a plan to bring Cami back? His appearance is rather timely. And he did say he was there to protect her back at the beginning of the season.

Now, I know he’s not actually Josef, hiding in New Orleans under the guise of the temporary cure. But, again, I ask, how awesome would that be? How absolutely mindblown would we all be?

There’s been talk by Narducci there will be some shocking guest stars in the season finale. So surprising, we wouldn’t even believe it if he told us. That’s quite the claim. Now, we know Rebekah’s going to return, so taking her out of the equation, who do you think these guest stars could be?

There are the obvious choices – like past dead characters return to talk for or against Klaus on the stand. There could be a new big bad, especially with the ancestors gone at the moment. Besides, we still don’t know where the prophecy originated from.

There could also be the return of Cami (this one would be a pleasant surprise). The list goes on and on. It takes a lot to surprise me so I’m really hoping I won’t be let down on this one!

Well, what did you think of “Give Em Hell Kid?” Let me know in the comments!

Our romance-themed entertainment site is on a mission to help you find the best period dramas, romance movies, TV shows, and books. Other topics include Jane Austen, Classic Hollywood, TV Couples, Fairy Tales, Romantic Living, Romanticism, and more. We’re damsels not in distress fighting for the all-new optimistic Romantic Revolution. Join us and subscribe. For more information, see our About, Old-Fashioned Romance 101, Modern Romanticism 101, and Romantic Living 101.
Pin this article to read later! And make sure to follow us on Pinterest.
By Amber Topping on May 14th, 2016