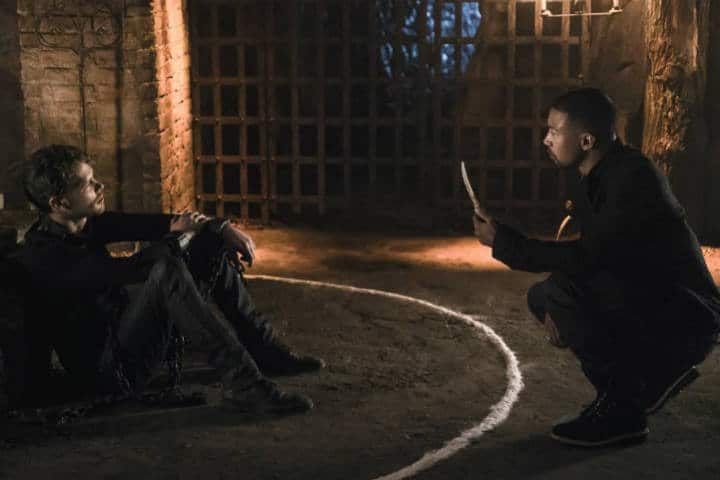 GATHER UP THE KILLERS RECAP AND REVIEW

I may be in the minority but “Gather Up the Killers” as a whole left me a little underwhelmed. However, I found the second half much better than the first.  So, that gives me hope for the rest of the season. The show feels almost like a new series with the time jump and that will take time to adjust to. (What is it with season 4 of some shows?)

Honestly, if anything, I was a little bit bored. The episode wasn’t bad. And besides a few standout scenes, it wasn’t memorable either. Still, I have hopes the rest of the season will pick up as it continues. And here’s to also hoping the new characters will become more dynamic.

The season premiere begins five years after the Mikaelsons were defeated with Vincent giving an empowered speech to the witches about their upcoming Independence celebration. The city has become peaceful without the Original siblings. Or is it all an illusion? Vincent warns them of a storm brewing because of the European vampires coming to town who want to see Klaus suffer. Not to mention, the truce between Vincent and Marcel is shaky at best. Marcel sees himself as a god while Vincent only puts up with his ego out of necessity for peace. Something tells me the two of them working together will only last so long.

Vincent also meets the lovely single Mom (and witch), Maxine, and her son Adam (who at the end of the episode goes missing). Yes, Vincent has a new love interest!  We don’t know much about her yet but let’s hope she’s more than just a love interest.

In perhaps one of the best scenes of the premiere, Vincent and Klaus later have a talk in the basement. Klaus plans on escaping to have his revenge against Marcel and Vincent. However, Vincent comes out victor when he reminds Klaus of Cami:

With just the mention of Cami, Klaus’s face falls. But it’s Yusuf’s delivery of the lines and his breaking voice I found the most powerful – proving once again this actor is a major player and scene stealer. 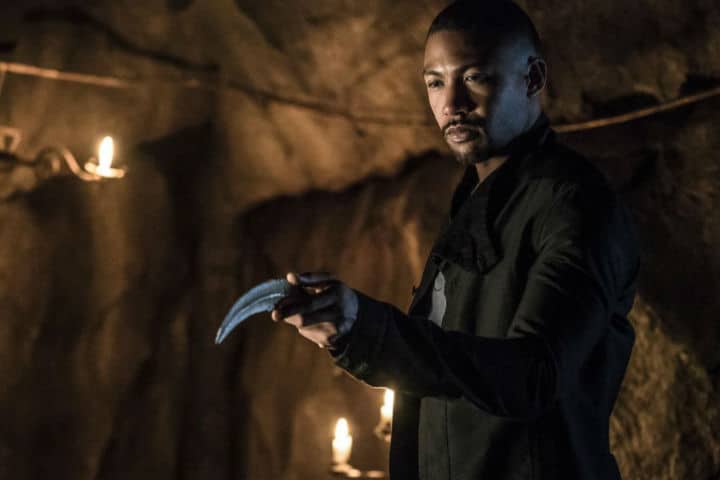 Meanwhile, Marcel rules New Orleans with an ego akin to Napoleon Bonaparte. And yet he has accomplished the unimaginable: made peace in New Orleans with a truce between vampires and witches. However, all of that is threatened when Alistair Duquesne (played by Sleepy Hollow’s headless horseman), a Scottish Highlander vampire, comes to town to get his vengeance on Klaus. And vengeance in a way that undermines Marcel’s rule. 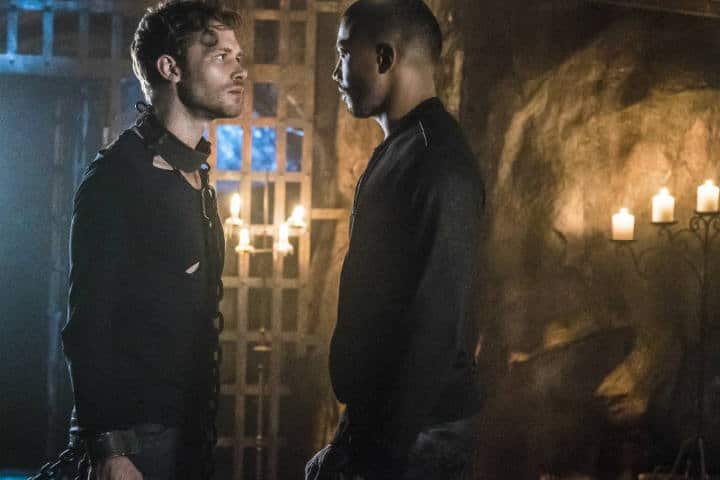 It’s then Marcel turns to his prisoner, Klaus, in the basement for some advice. The two ultimately form a temporary and questionable alliance to eliminate Duquesne to protect Hope and also Rebekah (who Marcel admits to still loving). Marcel’s plan works which leave Duquesne dead (a real shame as he was entertaining), Klaus still imprisoned, and Marcel’s rule once again made clear to any vampire who comes to New Orleans.

At the end of the episode, Marcel and Klaus have a heated exchange when Klaus accuses Marcel of needing him. And that he’s afraid of becoming a monster. In impulsive anger, Marcel stabs him with the torture dagger.

Elsewhere in the episode, there is a new female character who works for Marcel. BUT she was so uninteresting I don’t remember her name. She just needs to leave the series, ASAP. She’s there to work for Marcel and also be a love interest. The show needs more female characters with the loss of Davina and Cami but this character is not it.

HAYLEY AND THE RETURN OF THE MIKAELSONS 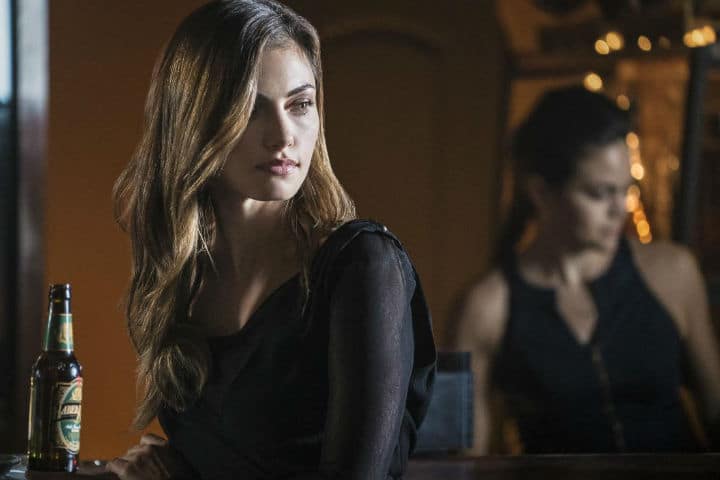 Hayley, our sole original female character/castmember left, has been multitasking between being a good Mom for Hope (who’s now seven) and looking for a cure to save her family.

And with the help of Mary (Jackson’s Grandma), Hayley finally finds the last piece of the puzzle. She needs the venom of the last werewolf of the Malraux pack. So, Hayley says goodbye to Hope and goes out in search of this woman. 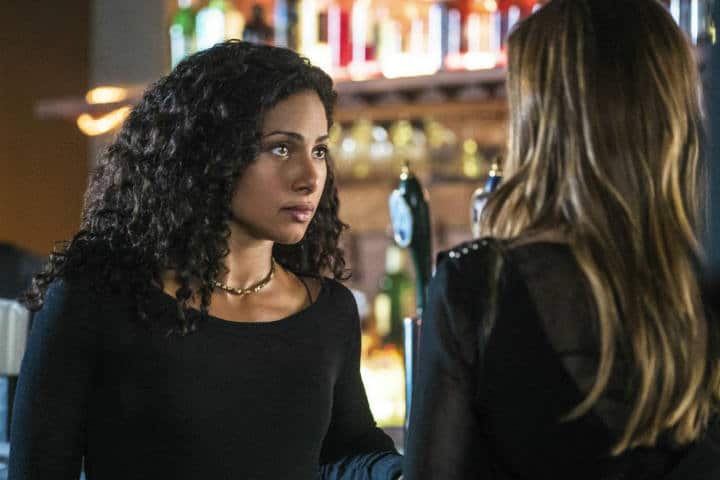 She ultimately tracks down this werewolf, a Doctor named Keelin (meet new character I don’t really care about but maybe I will eventually) who wants a normal life. Unfortunately, Dequesne’s henchmen tracks them both down and gives chase. They escape, but Hayley’s not taking any risks and temporarily holds Keelin prisoner while she gets the venom she needs.

Hayley first awakens Freya who returns to her normal self in seconds. With time running out, Freya puts together the spell to save her brothers. Unfortunately, just as she begins, the henchmen show up in large numbers. Hayley then single-handedly fights off her attackers using both her vampire abilities and her werewolf form. It’s a pretty cool sequence and one of the best scenes of the episode.

After seemingly defeating the group, Hayley returns to her vampire/human form which leaves her naked and exposed. Thankfully, suave Elijah returns to help Hayley. Always a gentleman, he gently puts a jacket on Hayley.

Meanwhile, Freya proves just how fierce she is when she refuses to let Keelin go. She holds her hostage because she might need her venom again in the future and needs her alive. While there was doubt last season, I think we can now say with 100% certainty that Freya’s loyalty lies with her siblings. She also shows just how Mikaelson she really is.

But what about Kol and Rebekah? In a new funny way to explain away the characters’ absence due to lack of actor availability (at least I’m assuming), we don’t see the return of Kol and Rebekah as they couldn’t hold off on their cravings for blood. Hopefully, we’ll have an appearance from the actors soon.

A strange symbol of an ouroboros, which is a snake/dragon that eats its own tail, has been showing up all over New Orleans. And even stranger? Or perhaps creepier, is that young Hope has a bad dream and draws the symbol. So, she’s somehow connected to it.

There is a lot of mythology that surrounds this symbol so it will be interesting to see how the writers choose to incorporate it into the overall story arc of the season.

Could it be anything other than the reunion between Elijah and Hayley? First, he helps her at the end of her fight. Then he covers her up with a jacket. And in an emotional moment, she turns around for their long-awaited reunion. Without pretense, she kisses him.

The two later decide that it’s time to go get Klaus. I would be remiss if I didn’t bring up The Vampire Diaries finale last week as it made a rather surprising connection to The Originals. It seems Julie Plec has decided to revive the Klaus and Caroline relationship. Personally, I have mixed feelings about this. I hope that Leah Pipes wasn’t killed off simply to make room for Caroline.

Sure, I found the Klaus/Caroline dynamic interesting at first but then it just never really took off. And as The Vampire Diaries continued, Caroline has had so many romances, one wonders if she would just be better off being single for a long time. And I’m not really sure her character would be a good match for the tone of The Originals.

Plus, they’ve built up Klaus’s Byronic and immortal love for Cami to be much too strong to give him a love interest this season.

I also worry about the upcoming departure of Michael Narducci whose obvious appreciation of classic literature, folklore, and Byronic Heroes has really strengthened the series as a whole.

I admit I don’t want The Originals to become the shipping show that The Vampire Diaries was. Sure, The Originals has love stories but thus far they’ve been pretty focused. I reiterate as always: Shipping and rooting for a love story are entirely different things.

On The Vampire Diaries, they paired up almost everyone together. And as much as I love that show, The Originals has a stronger focus with more consistent storytelling. But that soon may change as we just don’t know what Plec has in mind. Her vision may be different for the series which could change the story drastically. There have already been some major changes to the series with the time jump and the loss of main characters. So, we shall just have to wait and see.

Based on the promo for next week, Leah Pipes returns as Cami in what will likely be a cameo appearance. However, is she a ghost? A hallucination? Or somehow connected to the ouroboros? Personally, I’d like a full Cami return. But since that’s likely to never happen, we’ll have to take Cami (even as a likely hallucination) for what we can get! There’s always something deliciously fun about watching Byronic Heroes be haunted by their love/Byronic obsessive focus.

Well, what did you think of “Gather Up the Killers?” And what would you like to see happen in the rest of season 4? Let me know in the comments!

Our romance-themed entertainment site is on a mission to help you find the best period dramas, romance movies, TV shows, and books. Other topics include Jane Austen, Classic Hollywood, TV Couples, Fairy Tales, Romantic Living, Romanticism, and more. We’re damsels not in distress fighting for the all-new optimistic Romantic Revolution. Join us and subscribe. For more information, see our About, Old-Fashioned Romance 101, Modern Romanticism 101, and Romantic Living 101.
Pin this article to read later! And make sure to follow us on Pinterest.
By Amber Topping on March 18th, 2017

2 thoughts on “The Originals: Gather Up the Killers Recap and Review – Marcel’s Reign”