Born in the 80’s, it’s my experience that the 90’s was the era of the romcom. So many fantastic romantic comedies permeate throughout the decade, complemented by the era of the boyband. The 90’s had a feast of romantic comedy gems, produced at a rapid pace for a clamoring audience. However, like the boybands of the 90’s, romantic comedies are less popular today. Their attractiveness as a film-making genre has declined of late and therefore, in order to get a great romcom fix, its necessary to revisit the ones that came before.

Notting Hill is romantic comedy gold. There is no list made by critic or fan alike that doesn’t have this film ranked as one of their best romantic comedies. The film isn’t groundbreaking; its premise is simple: a fairytale’s plot one could argue – and yet it’s an example of a witty, well constructed, wonderfully written film.

Richard Curtis, known for writing exceptional British films like Four Weddings and a Funeral, Love Actually and Bridget Jones’s Diary, wrote and produced Notting Hill. And as is self-evidenced by the aforementioned list, Richard Curtis and Hugh Grant have a history of making lighting strike multiple times. 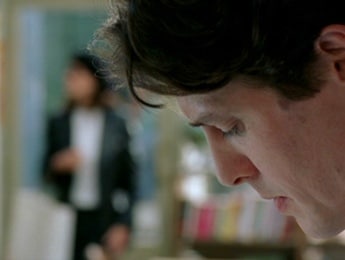 Notting Hill has the makings of a fairytale. Anna Scott is a famous Hollywood movie star – possibly the most famous actress on the planet. In that way, she is pretty well cast with Julia Roberts, who was – at least at the time – the most famous actress on the planet. William Thacker (Hugh Grant) is a down-to-earth, awkward Englishman who owns a travel bookshop, has a colourful, ditzy array of friends and a weird flatmate. In other words, Anna and William are complete opposites and in any story that wasn’t of the fairytale variety, their paths would never cross.

So… it was nice to meet you. Surreal. But nice.

Their paths do cross however when Anna enters his bookstore. Although William awkwardly recognizes her and she knows he knows who she is, he never quite acknowledges it. Despite her rather cool demeanor and his endearingly awkward ramblings, they part ways and it feels just like William says it does, “surreal but nice”. Again, real life, that would be the end. But in th 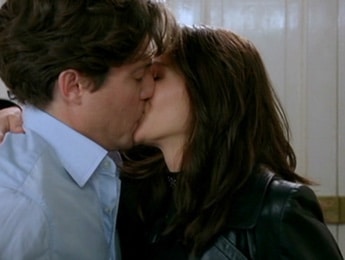 is fairytale, they are destined for a second meet cute. William goes on an orange juice run and unfortunately spills it down the front of Anna’s shirt. He lives nearby and offers her the opportunity to freshen up. This sets the stage for witty repartee, low-key flirting, and a surprise kiss. Too soon she’s changed and there’s really nothing more to say. Again, Anna leaves and William is left dazed and pinching himself.

When Anna leaves a message for William, they meet again, this time through hilarious circumstances. But just when things seem to be going well, the complexities of her life and the realities of the different world she comes from forces them apart.

I’ve been on a diet every day since I was nineteen, which basically means I’ve been hungry for a decade. I’ve had a series of not nice boyfriends, one of whom hit me. Ah, and every time I get my heart broken, the newspapers splash it about as though it’s entertainment.

Months go by before Anna reappears. It’s unexpected, despite the fact that he’s been unable to forget “the American” as his friends have dubbed her affectionately. A scandal from her past has brought her to his doorstep and the same scandal threatens to rip them apart. More misunderstandings ensue before finally, as we expect, William and Anna get their cute on and leave us all with a goofy grin on our faces.

It’s As If I’ve Taken Love Heroin, And Now I Can’t Ever Have It Again 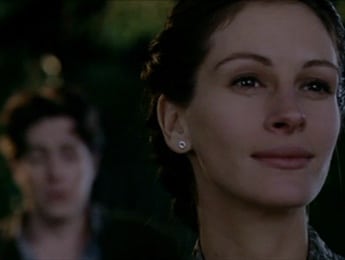 Notting Hill works because Hugh Grant and Julia Roberts work. Grant is known for playing awkward, sometimes bumbling characters that are self-effacing and charming. In Notting Hill, William Thacker is all of the above. It works however because William is a three-dimensional character who is shy and awkward yes but is never silly or stupid. Grant’s character also has some of the best lines in the film – funny yes, but also surprisingly intelligent. While you know these two are meant for each other, it still hits you in the feels when William reaffirms what we all know. “I live in Notting Hill. You live in Beverly Hills. Everyone in the world knows who you are, my mother has trouble remembering my name”.

The thing is, with you I’m in real danger. It seems like a perfect situation, apart from that foul temper of yours, but my relatively inexperienced heart would I fear not recover if I was, once again, cast aside as I would absolutely expect to be. There’s just too many pictures of you, too many films. You know, you’d go and I’d be…uh, well buggered basically.

It’s interesting to watch Julia Roberts in this film. She is essentially playing a version of herself. At the very least, there must be shades of h er own reality as a woman in Hollywood evident here. The film gives Julia enough to work with, making her character sympathetic in the midst of her (understandable) temper tantrums. Her life is not an easy one and I appreciated how the film humanised the person behind the celebrity. Despite her wealth and infamy, Anna is insecure too. Nowhere near as overt as William, but she too struggles with her own demons.

“Men went to bed with the dream; they didn’t like it when they would wake up with the reality,” she shares with William. Poignantly, she asks him whether he felt that way. It’s one of my favourite moments in the film. As is the case with most British film, there is also less emphasis on exaggerated, plastered make-up and wardrobe. Julia always looks naturally beautiful, which compliments Grant’s characters simple aesthetic. 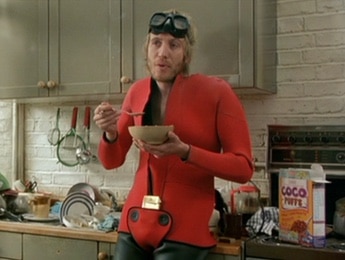 Kudos belong to the expanded cast as well. As Richard Curtis did in Four Weddings and a Funeral, in Notting Hill, William has a ragtag bunch of friends who also provide a realism, comedic relief, and effervescence to the film. For Anna, spending time with his friends provides her with an opportunity to be ‘normal’ and experience being normal for the first time in a long while. The film also deserves credit for making his friends interesting and complex. No character seems superfluous or glossed over.

In particular, Gina McKee and Tim McInnerny are excellent as William’s best friends Bella and Max. Bella is in a wheelchair and the couple reveals they cannot have children. Instead of shame, Bella is infused with humour and wit, leaving the audience feeling inspired by her courage and the obvious affection in her marriage.

However, Rhys Ifans steals a little of the show as Spike, William’s quirky Welsh flatmate. I love his performance! Spike is hilarious and the chemistry between Grant and Ifans is just on point. The delivery and timing of their lines has me in raptures every time.

An adorable baby Hugh Bonneville also stars and Alec Baldwin has a cameo.

I’m Also Just A Girl, Standing In Front Of A Boy, Asking Him To Love Her 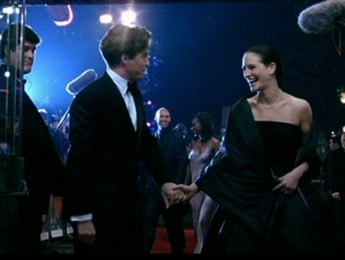 I am of the opinion that they just don’t make romantic comedies in the vein of Notting Hill anymore. The combination of romance and comedy, but coupled with a well-written, intelligent script seems elusive. Yes, the plot is fanciful, but realism isn’t necessarily a prerequisite for a fantastic film. I love fairytale so long as it’s written well. Notting Hill is, therefore, a romcom classic.

Notting Hill also has a fantastic soundtrack. 98 degrees, Boyzone and Another Level (all 90’s boybands) feature alongside Bill Withers and Ronan Keating’s hit When You Say Nothing At All. Almost two decades later, just like the film, it still holds up.

You Can Stay Forever 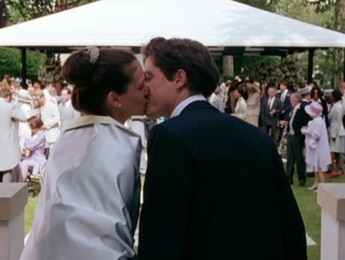 If you’ve never seen Notting Hill, be prepared for a wonderful treat. This film is a triple threat. It’s well written, it’s got a great cast and it’s really, really funny. As I am also a huge fan of an epilogue, the film scores additional points because it does a small flash-forward montage that just gets me every time. I’m a sucker for seeing what happens after the happily ever after bit.

Notting Hill has fairytale stamped all over it. So if you enjoyed Love Actually or Four Weddings and a Funeral, you’re going to love Notting Hill! It’s ridiculously charming.

Where to Watch: Notting Hill is available for sale or streaming on Amazon.

Have you watched Notting Hill? What did you think? Comment below and let me know!

Our romance-themed entertainment site is on a mission to help you find the best period dramas, romance movies, TV shows, and books. Other topics include Jane Austen, Classic Hollywood, TV Couples, Fairy Tales, Romantic Living, Romanticism, and more. We’re damsels not in distress fighting for the all-new optimistic Romantic Revolution. Join us and subscribe. For more information, see our About, Old-Fashioned Romance 101, Modern Romanticism 101, and Romantic Living 101.
Pin this article to read later! And make sure to follow us on Pinterest.
By Naazneen Samsodien on September 26th, 2017