With the New Year comes new animated movies! Some people are excited, others are nervous or wary. Personally, I think it is going to be a good movie year, particularly in the realm of animation. With the hype for new movies still going strong, here are the top 5 animated movies I am most excited for. These movies are in no particular order.

My Top 5 Most Anticipated Animated Movies of 2016 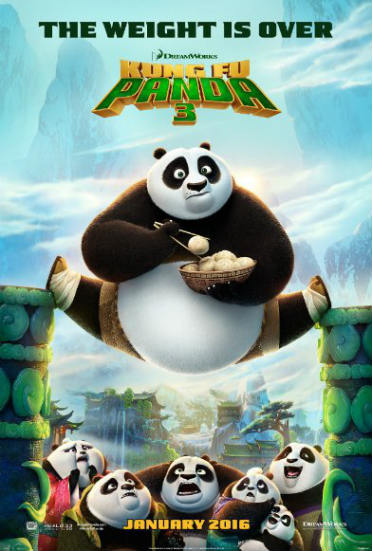 Continuing the saga of the Dragon Warrior Po, in his newest adventure, he meets his long lost family and must teach them how to fight in order to defend themselves from a new threat named Kai. There are many reasons why I am excited about this movie. For one, I greatly enjoyed the first two films in this franchise and am excited to revisit these characters and this world. The new villain is voiced by J.K. Simmons and every character I have seen him lend his voice too I have enjoyed, so there is good chance I will enjoy Kai as well. I expect this film to be a fun and funny adventure with heart. Perhaps it will even have moments that audiences are not expecting. No matter what Dreamworks has in store for us, the hype is real. 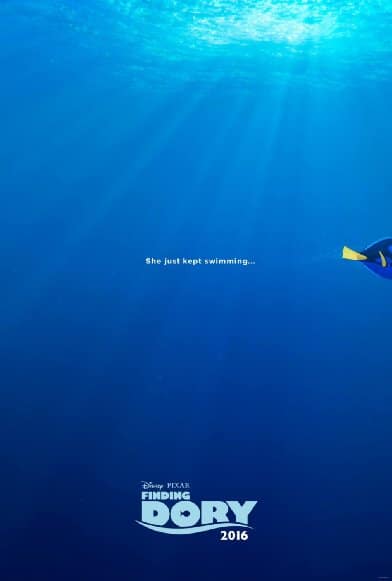 Dory goes on a quest to reunite with her family but being a fish with short-term memory loss, it proves to be a challenge. However, with the help of Marlin and Nemo at her side, she will keep swimming until she succeeds. My feeling regarding this film is mixed. On the one hand, this film could have a similar reaction to another Pixar animated film in which they took a perfectly good side character and made that character the main focus and it did not work for many, many people. *coughCars2cough* On the other hand, the writers seem like they really do have more story to tell with Dory and they did a splendid job with the first two Toy Story sequels, so who knows. Finding Nemo is a film I hold very dear to my heart and I want this movie to be a worthy sequel to it. I am going into the film with a cautiously optimistic mindset.

#3: Kubo and the Two Strings 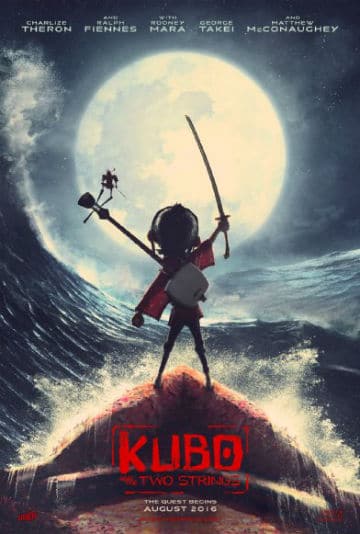 Set in a mythic Japan, this film tells the epic adventure of Kubo, a musician, and storyteller, who accidently releases a vindictive spirit from his family past. With the help of friends, he must fight gods, monsters, and solve the mystery of his father’s death, who had been the greatest samurai in the world. This is Laika’s next film and, considering how much I have expressed my admiration for this studio’s innovation and films in a past article, it comes as no surprise that I am as excited for this movie as I am. I am looking forward to this film’s lavish sets, stop-motion animation that pushes the boundaries, possibly origami coming to life at some point and in general, the idea of an action-packed fantasy film sounds fun. This film is also Travis Knight’s directorial debut and so it will no doubt be interesting. I am also expecting this movie to have heart and relatable themes, just as their previous films. 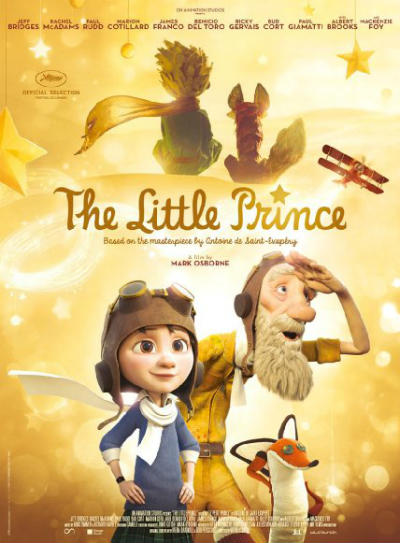 This film tells the story of a young girl with a controlling and overbearing mother who wants to prepare her for adulthood. One day, the girl meets an old Aviator who tells her Antoine de Saint-Exupery’s much-loved story, The Little Prince. Not only am I excited for this film because it uses stop-motion animation as well as computer animation but also because I have never read the novella before and it may prove to be a good introduction to the story. The movie may even make me want to finally pick up the book. That was certainly the case with the movie Rise of the Guardians. I also think the little girl character will be relatable for many people. I am confident the adventure this little girl has will be one worth waiting for. 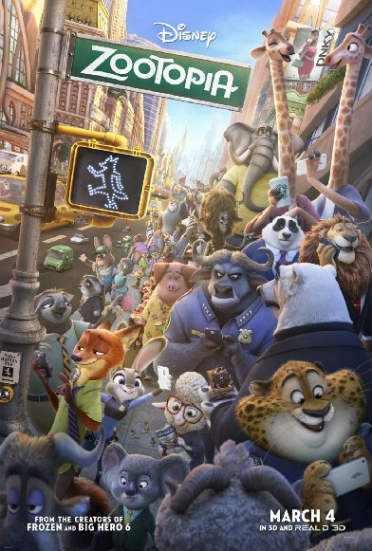 In the modern, civilized mammal city known as Zootopia, predator and prey live together in harmony (A childhood fantasy of mine come true on the big screen). Judy Hopps is Zootopia’s first rabbit police officer on a force comprised of large, predatory animals. She is assigned meter maid duty and seems to not be taken as seriously by her fellow police officers. Determined to prove herself worthy, Judy jumps at the chance to solve a missing mammal case and must ally with a sly, con-artist fox named Nick Wilde in order to solve it.

Personally, I have always adored movies about animals, especially if they are anthropomorphic. When I found out Disney was making another animal movie through a viewing of the first teaser trailer, I knew right then I was going to see it no matter what the movie was about. I think audiences are in for a real treat with this movie and the vision of directors/writers Byron Howard and Rich Moore. I am looking forward to this movie for the animation as well as the world building. I have only seen a few teasers and a single trailer for this movie and already I want Zootopia to be a real place so it can be visited. I expect this movie to make me laugh, feel despair and genuine fear for the main duo. Byron Howard has also hinted that there will be dark moments and elements in Zootopia, in a similar vein to that of Disney’s animated classic Pinocchio. As one can imagine, this makes me even more hyped. I hope the film will have heart and creativity, knowing Disney it most likely will.

Our romance-themed entertainment site is on a mission to help you find the best period dramas, romance movies, TV shows, and books. Other topics include Jane Austen, Classic Hollywood, TV Couples, Fairy Tales, Romantic Living, Romanticism, and more. We’re damsels not in distress fighting for the all-new optimistic Romantic Revolution. Join us and subscribe. For more information, see our About, Old-Fashioned Romance 101, Modern Romanticism 101, and Romantic Living 101.
By Moriah Burbank on January 18th, 2016