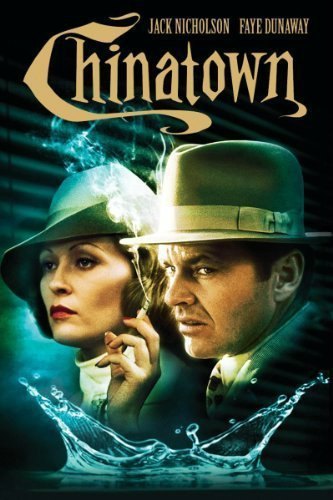 Roman Polanski’s American neo-noir mystery, Chinatown, is a multi-layered, complex story that intertwines aspects of mystery and psychological drama. The film was inspired by the California Water Wars, a series of disputes over water ownership in southern California in the early 1900s. This film is truly a piece I could not possibly skip. In fact, Chinatown is frequently listed as one of the best films in world cinema. Top that off with its star-studded cast, including a young, handsome Jack Nicholson and the enchanting Faye Dunaway, and I simply had to see it.

RELATED: My Journey Into Old Movies: The Good, the Bad, and the Ugly.

Set in 1937, the plot revolves around Jack Nicholson’s character J.J. “Jakes” Gittes, a private investigator in LA. What begins as a simple assignment to trail a jealous woman’s husband quickly becomes a twisting journey into the ugly side of LA’s water industry, the Los Angeles Department of Water and Power. Gittes must sift through lies covering more lies that lead to murder, high society scandal, and a vast network of illegal mayhem. Of course, there is also a sprinkle of romance, as this is The Silver Petticoat Review.

The film has an interesting tie to today’s world in which the scarcity of water is causing quite a stir along the West Coast. The film brings up the very conundrum of building a city like LA, built in the desert where no city should exist, explaining, “Either you bring the water to L.A. or you bring L.A. to the water.” It also made me think of our consumer culture and the current issues of the day. Just as in the film, we too could eventually run out of our natural resources. Unlawful manipulation of critical natural resources may not be so far away. We may be living in a Chinatown-esque world, on perhaps a much bigger scale, in the near future, if we don’t already.

The depravity and greed revealed in the film really hits you straight in the gut. Aside from the obvious crimes of incest and murder, the real crime is that of the men in power seeking to control all the wealth, which will in turn hurt their very city’s future. The crime against every man because of pure greed is what hit me hardest.  Nicholson’s character hits the nail on the head when he asks the millionaire Noah Cross (John Huston), one of the main villains, why he needs to be richer:

“How much better can you eat? What can you buy that you can’t already afford?”

In response, Cross, like any truly great evil villain, explains “The future, Mr. Gitts (he never gets Gittes name correct), the future.”

The screenplay was actually written with Jack Nicholson in mind, and he definitely lived up to expectations. Nicholson perfectly embodies that lonely, tragic tone central to this type of noir hero. He plunders other people’s secrets while running away from his own, occupying human tragedy for a living. But while he’s raw and tough, there’s an underlying sense that, while he has to sink to dealing with the scum of the earth, he doesn’t enjoy doing it. This leads me to sympathize more with his character, especially in his moments of politeness and gentility when we see him interacting with people in his office and with Faye Dunaway, his love interest.

The film ends in a rush of revelations, typical for the noir genre. It doesn’t end happily ever after either, something which the producer and the director actually argued over. Towne wanted a heroic ending with the good guys triumphing over evil, the villains getting their just rewards (in this case the death of Cross), and the good guys (Evelyn (Faye Dunaway) and Gittes) living happily ever after. However, Polanski insisted on a tragic ending, claiming without it the film would be just another thriller with good triumphing over evil. The dispute actually caused the pair to part ways, with Polanski winning, and the final scene was written only a few days before it was shot. 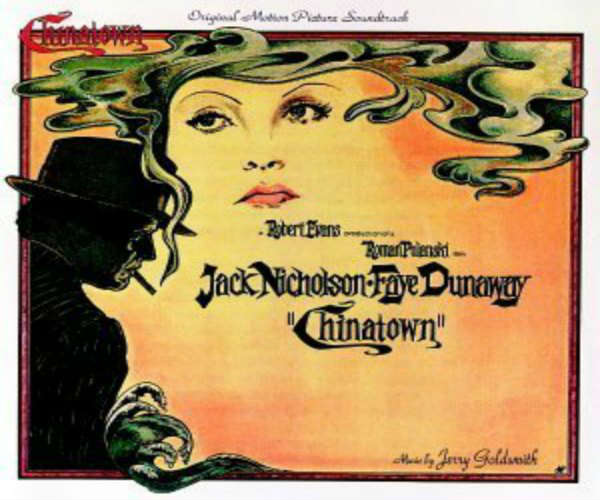 And so, a masterpiece was born. This is really a movie that must be seen. There’s no other way to put it. No matter what kind of films you enjoy, this iconic film is one that everyone should see at least once in their life.

Join me next week for my discussion of Now, Voyager.

CONTENT NOTE: The film is Rated R with a couple mild scenes of nudity, brief profanity, and some violence.

Have you watched Chinatown? What are your thoughts on the heavy issues dealt within the film? And, as ever, if you have any suggestions for movies I should watch, please let me know. Sound off below…

Check out all of My Journey Into Old  Movies here.

Our romance-themed entertainment site is on a mission to help you find the best period dramas, romance movies, TV shows, and books. Other topics include Jane Austen, Classic Hollywood, TV Couples, Fairy Tales, Romantic Living, Romanticism, and more. We’re damsels not in distress fighting for the all-new optimistic Romantic Revolution. Join us and subscribe. For more information, see our About, Old-Fashioned Romance 101, Modern Romanticism 101, and Romantic Living 101.
Pin this article to read later! And make sure to follow us on Pinterest.
By Rebecca Lane on October 1st, 2015