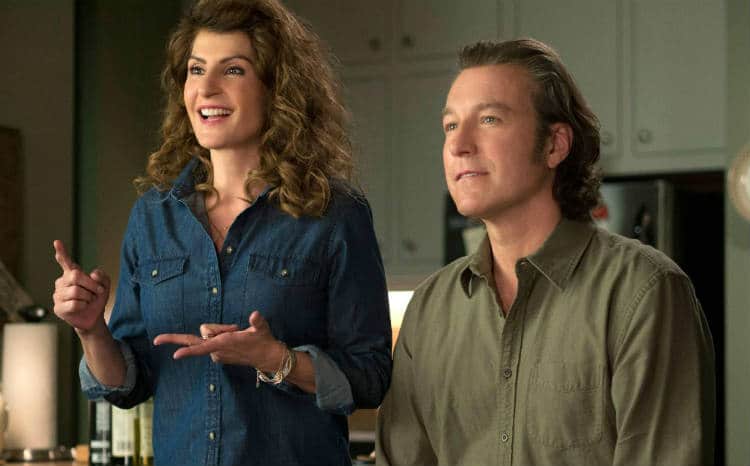 With fourteen years stretching between films, a great deal of time and distance has been placed between the film that became a surprising success, and this (My Big Fat Greek Wedding 2), its sequel. Unfortunately, for many film fans, that’s a long time for a story to sit dormant. Nevertheless, that is exactly what My Big Fat Greek Wedding 2 chose to do and perhaps that’s not such a bad thing. With nearly its entire original cast returning, the filmmakers (led by screenwriter and star, Nia Vardalos) behind the one-time smash hit returned to tell a new story about the Portokalos family.

In My Big Fat Greek Wedding 2, life hasn’t changed for Toula (Vardalos). She’s still the devoted daughter picked up day after day by her father, and taken to work in their family restaurant (with the economy, their travel agency is out of business). Only difference is, instead of living in her parents’ home, she lives next door and now has a 17-year-old daughter Paris (Elena Kampouris) whom her father constantly reminds is now “old” and he reprimands her for being unable to snag a good Greek husband (a union that would then produce Greek babies).

Feeling bad the cycle is beginning again, Toula attempts to temper her father’s unreasonable expectations by smothering Paris in compliments, little realizing she’s doing the same thing her parents once did to her. But then, Toula’s never been cool unlike her husband, Ian (John Corbett). 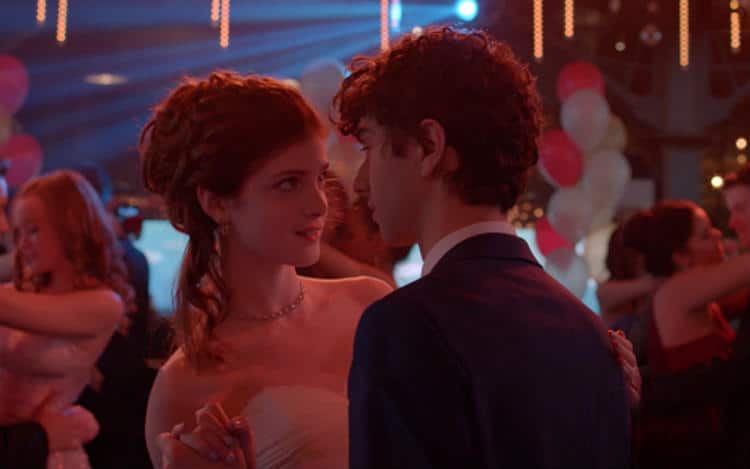 With her daughter nearly all grown up and readying for college, Toula tries to distract herself by smothering. Paris no longer needs her which means Toula sets about “fixing” everything that’s wrong in her parents’ life, something that causes friction with her husband. But the greatest bombshell is yet to come for the Portokalos family, one that might shake their normally uptight moral standards, to say the least.

Few though they are, there are still a handful of fond memories of My Big Fat Greek Wedding floating around my cinematic trove of “classic” romantic comedies despite seeing it years after it was “cool.” In fact, until two weeks ago, my only memory of the film was seeing it once. Since there is a copy of it on my DVD shelf, my mother and I re-watched it in anticipation of its upcoming sequel and walked away with as many giggles and smiles as we had when first we met this crazy family. But would we like the sequel?

My family has a “rule” by which we judge a good percentage of our movie-going choices. If the critics don’t like something, there’s a 95% chance we’ll fall head over heels in love with it. Such was the case with My Big Fat Greek Wedding 2. Popular user review sites seemed to be unkind to this comedy; a generalization of their thoughts stating it’s difficult to recapture the magic after this many years and yet, regardless of coming up against a popular DC Comic superhero film (who made that marketing decision, I wonder!?), this one had a strong opening weekend. As our test usually does, this one again proved to be right on.

Though similar in many ways, we loved this follow-up film. From the familiar-faced cast (along with newbies John Stamos, Rita Wilson and of course, Elena Kampouris as Paris), it was like discovering a favorite cozy sweater. In fact, the showing we sat in included several people whose reaction was evident in the genuine laughter heard during some of the funniest sequences which are unusual in my experience.

As My Big Fat Greek Wedding 2 started, however, the slowness of it made me pause and wonder if I’d wind up liking it because it does plod along. The setup is also so familiar I wondered if I was watching its prequel. That being said, on the flipside, it was definitely entertaining to see how the story was brought full circle with the new generation repeating many of the same traditions while (hopefully) learning how to be their own person. Paris had some growing up to do and yet, she learned the importance of what she had. Similarly, Toula had to learn what her parents once struggled with as she began pulling away all of those years ago. There is more than one pretty example of love in this script. Love that’s lasted generations; a love that’s present but in danger of fading if not looked after; and love that could be just beginning. 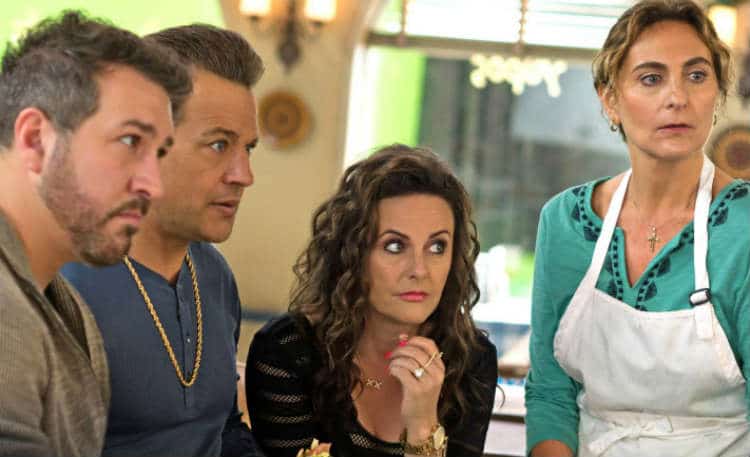 Overall, My Big Fat Greek Wedding 2 really is everything avid fans have been waiting for. What makes this such a relatable story is its sense of family. Yes, sometimes the Portokalos are overwhelming, annoying and plain silly, but they’re family. Our families do sometimes get under our skin, but at the end of the day, it’s family. They’re the people we love most no matter how much we wish for distance, and they’re the people we can’t live without. In a memorable sort of way that only a cheery rom-com can affect, My Big Fat Greek Wedding 2 is a charming reminder of this.

Will you be watching My Big Fat Greek Wedding 2? Sound off in the comments…

Read our review of Not Another Happy Ending (a refreshing, and quirky romcom) or visit our film archives to discover what else we’ve seen and reviewed.

Our romance-themed entertainment site is on a mission to help you find the best period dramas, romance movies, TV shows, and books. Other topics include Jane Austen, Classic Hollywood, TV Couples, Fairy Tales, Romantic Living, Romanticism, and more. We’re damsels not in distress fighting for the all-new optimistic Romantic Revolution. Join us and subscribe. For more information, see our About, Old-Fashioned Romance 101, Modern Romanticism 101, and Romantic Living 101.
Pin this article to read later! And make sure to follow us on Pinterest.
By Rissi JC on March 29th, 2016