Rejoice Murdoch Mysteries fans! If you are unaware, Acorn TV is exclusively premiering season 11 of Murdoch Mysteries weekly starting December 25th. That’s before the international 2018 release everywhere else. And yes, that also means we have another period drama to look forward to on Christmas Day! As if all the specials weren’t enough for Christmas presents…

“Season 11 begins with Detective Murdoch jailed and framed for the murder of a burlesque dancer. His constables were gunned down in an ambush, Brackenreid was last seen with a gun to his head, and the corrupt politician and his cronies responsible kidnapped Ogden. Murdoch must prove his innocence from behind bars, as Detective Llewellyn Watts helps covertly to solve the case. 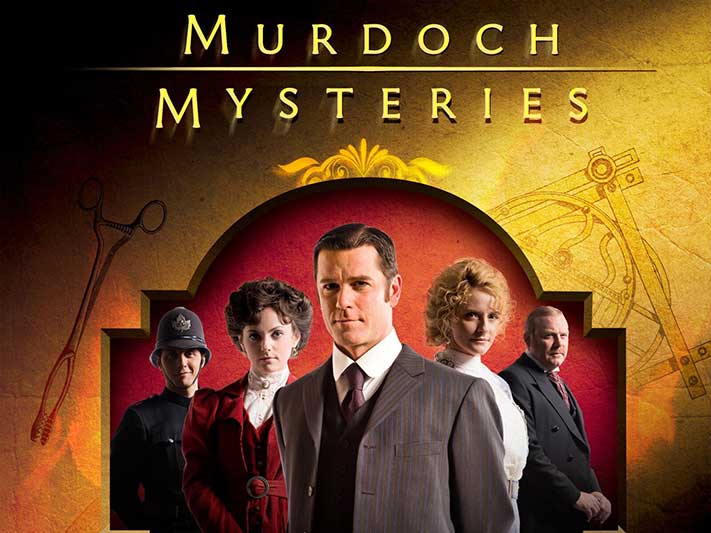 There’s a reason Murdoch Mysteries has lasted as long as it has. The old-fashioned romance, the entertaining mysteries, and, of course, the loveable cast! Hopefully, Murdoch can prove his innocence sooner rather than later… Are you excited for the return of Murdoch Mysteries with what sounds like an exciting season 11? Sound off below and let’s talk the new season.

Our romance-themed entertainment site is on a mission to help you find the best period dramas, romance movies, TV shows, and books. Other topics include Jane Austen, Classic Hollywood, TV Couples, Fairy Tales, Romantic Living, Romanticism, and more. We’re damsels not in distress fighting for the all-new optimistic Romantic Revolution. Join us and subscribe. For more information, see our About, Old-Fashioned Romance 101, Modern Romanticism 101, and Romantic Living 101.
By Autumn Topping on December 11th, 2017