Murder And The Maiden Recap

Highlights of Season 3, Episode 2, “Murder and The Maiden”: Bert is adorable when in love; Phryne enjoys being the center of a love triangle; Jack looks hot on a motorbike.

This episode, in typical Miss Fisher style, tackles important social issues in Australia at the time concerning unions and the airforce, and women in flying. It also tackles the feelings of Miss Phryne Fisher regarding Jack Robinson, a topic as nefarious and important as these other varying social issues! Episode 2 was a very significant episode for Phryne. We know she loves Jack – but she’s made it clear she is not made for marriage (unless Jack is the exception…Sometimes I just want to ask if she’s ever heard “The Only Exception” by Paramore). Though she shows she has feelings for him, it hasn’t stopped her from stepping out with other men. However, in this episode, we see her wavering and apologetic for the first time!

The case involves the RAAF (Royal Australian Airforce) and Phryne’s old flame, the very handsome Captain Compton. Jack seems to have learned a bit of a lesson with handling his jealousy this time around and so chooses to go head-to-head with the Captain in games of “Which Officer Has more Authority?” or “Which Officer Does Phryne Hang Out More With?” (They also played “Which Officer Has The Cooler Coat, in which case Jack won.) Both men attempt to find out her relationship with the other, and Phryne flirts with both. Originally I was irate since I wanted her to be unflinchingly loyal to Jack, but it is within character of her to do as she pleases in terms of dating. Besides, she and Jack might be super in love, but they are technically not a thing. (THE AGONY OF THIS!) 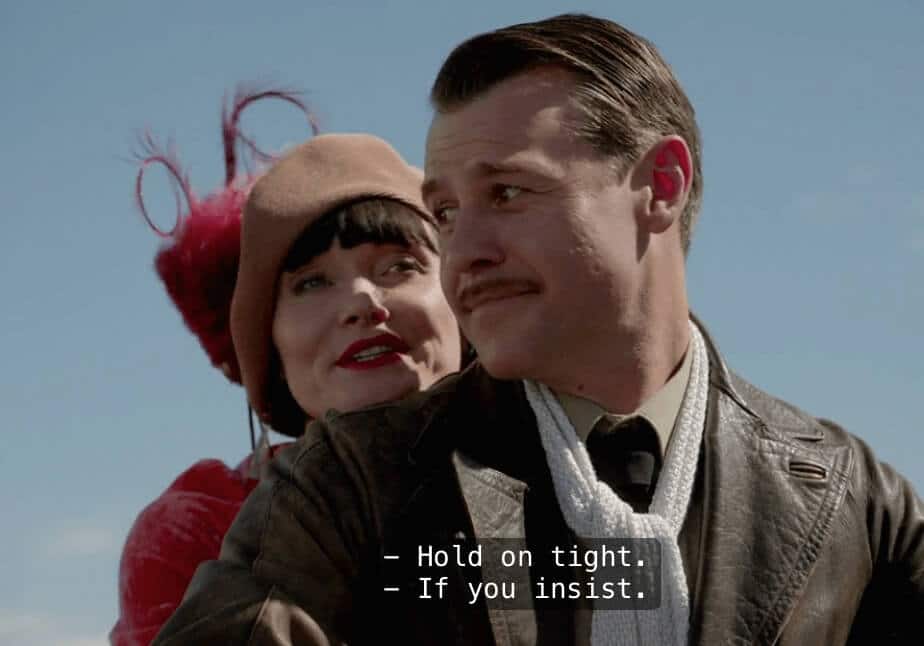 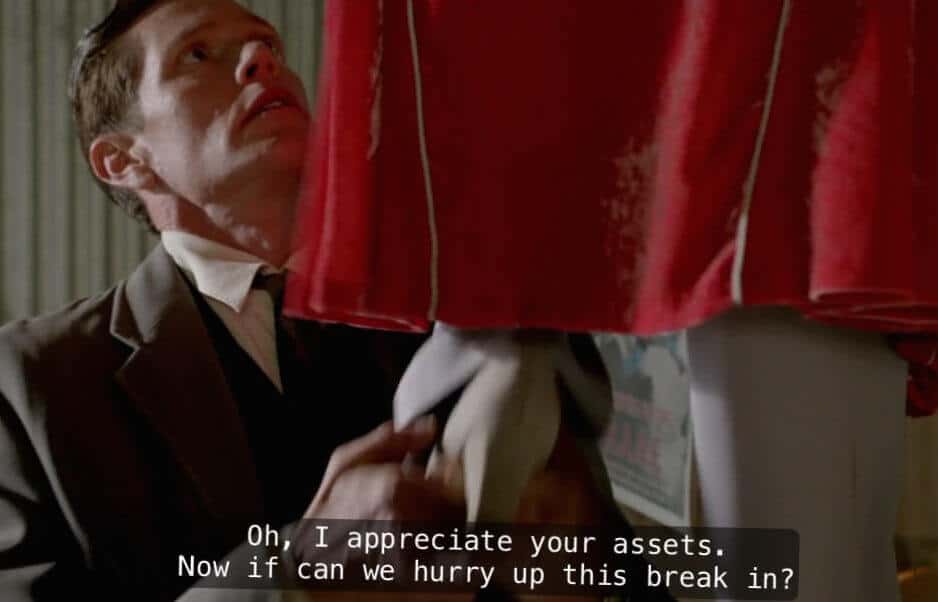 She is rendezvousing with her old friend from Madagascar, Captain Compton when Jack and Hugh interrupt the night by stealing evidence from the airforce. Jack notes she is barefoot and that she is wearing the captain’s jacket. This has happened before, where poor Jack is privy to the obvious details of Phryne’s hookups, but Phryne never showed guilt or conflictual feelings. He would make a slightly disapproving face, and she would be amused and face the topic shamelessly. But in “Murder and The Maiden,” Phryne calls after him and says, “Jack! Wait! We were just reminiscing!”

This is such a huge step for her character and real progress toward the Jack-Phryne relationship we are all living for!

Episode 2 also gives Bert some much-needed love, as he finds it with a Russian immigrant involved in the case. Bert is by far the most adorable character in the series, because he’s  tough and gruff but so loving, and you know he’ll throw a punch in your name any day!

Dottie and Hugh continue with their newfound struggle of control, as Hugh grows more agitated with her being in unsafe situations. Will his (over) protectiveness always be cute, though? Pretty much..yes! Because though he wants Dottie to follow the homemaker traditional woman path (as if anyone could after working with Miss Fisher), he’s willing to accept that Dottie’s ultimately the one who decides that. For that, we love you, Hugh!

This episode is also great for the scenic action, as it features Jack and Phryne using planes and motorcycles to catch a criminal.  More specifically: Jack racing across a plain on a motorcycle, while Phryne flies above him and swoops down intermittently to slow down the suspect! Talk about awesome detective teamwork!

But, even if she was swooning, or she did realize she might want Jack instead of her usual lines of hot suitors, Miss Fisher always has the last word.

Did you love “Murder and the Maiden?” Sound off below…

Our romance-themed entertainment site is on a mission to help you find the best period dramas, romance movies, TV shows, and books. Other topics include Jane Austen, Classic Hollywood, TV Couples, Fairy Tales, Romantic Living, Romanticism, and more. We’re damsels not in distress fighting for the all-new optimistic Romantic Revolution. Join us and subscribe. For more information, see our About, Old-Fashioned Romance 101, Modern Romanticism 101, and Romantic Living 101.
Pin this article to read later! And make sure to follow us on Pinterest.
By Amirah Yasin on October 11th, 2015