Miss Fisher and the Crypt of Tears

Miss Fisher and the Crypt of Tears has officially found its North American distribution home at Acorn TV! Furthermore, the movie will be released later this year with a limited release run in theaters. For all Miss Fisher fans, this is great news. We can finally start looking forward to watching all our favorite characters return. Not to mention, it’s about time we get more witty banter between Jack and Phryne…

“The highly anticipated feature film, Miss Fisher and The Crypt of Tears, continues the story of global sensation Miss Fisher’s Murder Mysteries, which aired for three seasons (2012-2015). Essie Davis (The Babadook, Game of Thrones) returns in the five-time Logie-nominated role that made her a worldwide star.

RELATED | ROMANTIC MOMENT OF THE WEEK: JACK AND MISS FISHER

Set in the late 1920s, The Crypt of Tears follows the Honourable Miss Phryne Fisher on a Middle Eastern adventure in search of an ancient treasure. The film features several series regulars, including Nathan Page as Detective Inspector Jack Robinson, Miriam Margolyes as Aunt Prudence and Ashleigh Cummings as her loyal assistant and maid Dorothy ‘Dot’ Collins.” 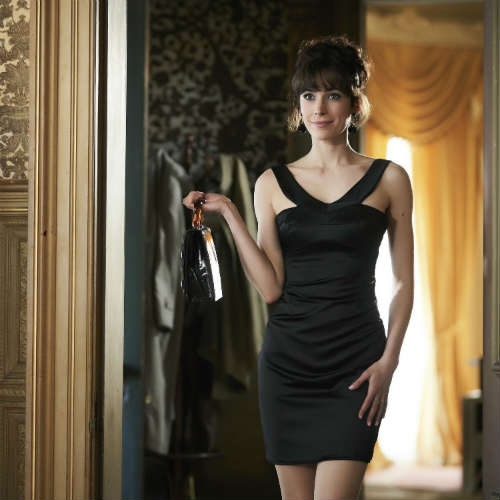 And if all that Miss Fisher news wasn’t exciting enough, there’s more! Acorn TV has also announced that the 1960s spin-off, Ms Fisher’s Modern Murder Mysteries has always found a future home on Acorn TV. Similarly, the series will premiere later in 2019 as well. Unfortunately, we don’t have official release dates just yet. But until then, here’s some info to get you excited!

“From the creators of Miss Fisher’s Murder Mysteries series, the Modern Murder Mysteries series moves the setting to the 1960s and features every bit the embodiment of style, glamour and adventure as the 1920s-set original. In 1964, when the famous aunt she never knew, Phryne Fisher, goes missing over the highlands of New Guinea, the gorgeously reckless Peregrine Fisher (Geraldine Hakewill, Wanted) inherits a windfall. Peregrine sets out to become a world-class private detective in her own right with the unerring guidance of The Adventuresses’ Club, a group of exceptional women of which her celebrated aunt was a member.

A natural rule breaker, Peregrine is fearless, fun, and charmingly down-to-earth, as well as having a keen instinct for solving crimes. With newfound wealth and The Adventuresses to hone her rough edges and become the family she’s never had, Peregrine is unstoppable. The series co-stars Joel Jackson (Peter Allen: Not The Boy Next Door, Deadline Gallipoli) as smart, ambitious cop Detective James Steed and Catherine McClements (Wentworth) as Birdie, an ex-member of WW2 Special Forces and head of The Adventuresses.”

Our romance-themed entertainment site is on a mission to help you find the best period dramas, romance movies, TV shows, and books. Other topics include Jane Austen, Classic Hollywood, TV Couples, Fairy Tales, Romantic Living, Romanticism, and more. We’re damsels not in distress fighting for the all-new optimistic Romantic Revolution. Join us and subscribe. For more information, see our About, Old-Fashioned Romance 101, Modern Romanticism 101, and Romantic Living 101.
Pin this article to read later! And make sure to follow us on Pinterest.
By Autumn Topping on February 12th, 2019