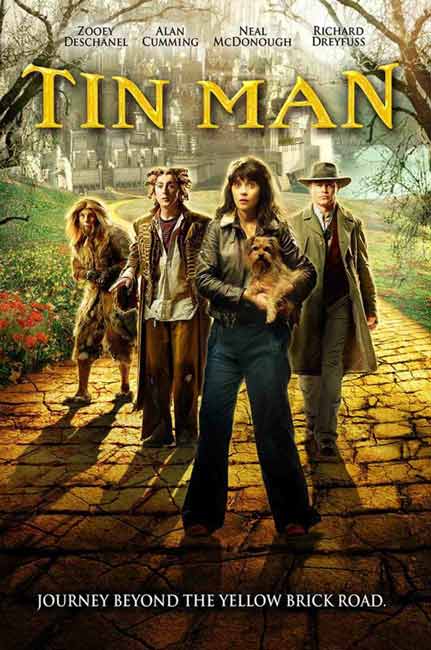 Tin Man (2007) is a science fiction retelling of The Wizard of Oz starring Zooey Deschanel, Alan Cumming, Neal McDonough and Richard Dreyfuss.  At just under five hours, this is an impressive undertaking that reimagines Oz as the O.Z, a futuristic and slightly dystopian fantasy world taken over by an evil sorceress.  Zooey Deschanel plays D.G, a character who we initially think is from our world.  From the producers of other miniseries such as The 10th Kingdom and Dinotopia, Tin Man is of similar scope. This is the type of sweeping fantasy series common to the SyFy channel. In terms of quality, they can vary hugely. 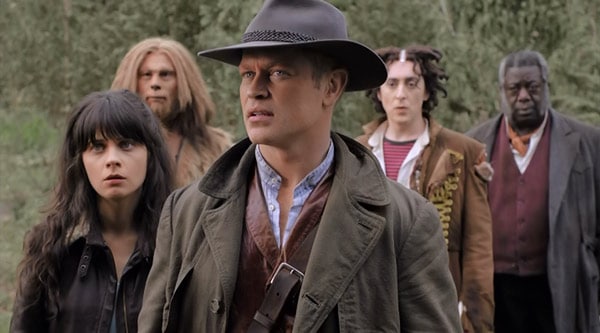 D.G dreams of escaping her humdrum life and being somebody other than a small-town waitress.  Little does she know that her parents had been keeping many secrets from her, chief among them being her true origin.  When a tornado tears through the family farm, D.G is transported to an unfamiliar land. She sets out on an adventure to find her parents and set the broken world to rights.  She meets many companions along the way including Glitch, a forgetful ex-adviser, Cain, a retired Tin Man, Raw, a cowardly seer and Tutor, a wily shape-shifter.

This miniseries portrays the classic story in a fresh new light, turning simple ideas on their heads. The sets are fantastic and really imaginative bringing the world entirely to life.  It has a lot of interesting ideas and interpretations of the original text such as the fields of the Pa Pey and the broken down yellow brick road. Some of which admittedly are not used to full effect. The plot can also become convoluted leading me to believe that it might have benefited from a shorter running time. 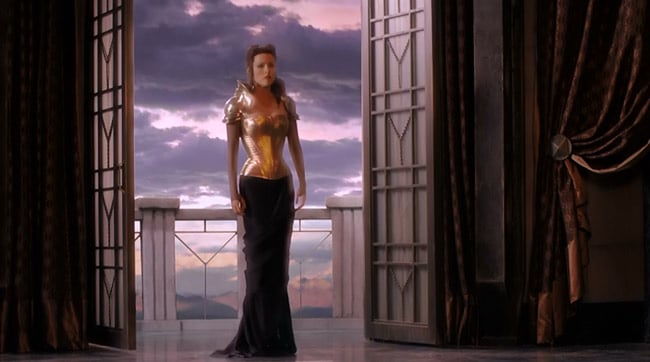 Besides its ideas and beautiful sets, its greatest strength lies in its characters and the actors who play them. Zooey Deschanel is as endearing as ever.  Most compelling though was Alan Cumming’s performance as Glitch, the scarecrow character.  Also good is Neal McDonough as Wyatt Cain, a retired bodyguard with a tragic back story. The villain Askedelia, however, is a little over the top, the actress portraying her clearly choosing to make the character that way. Though she is sometimes genuinely chilling, her performance was a little jarring in comparison to the other actors. 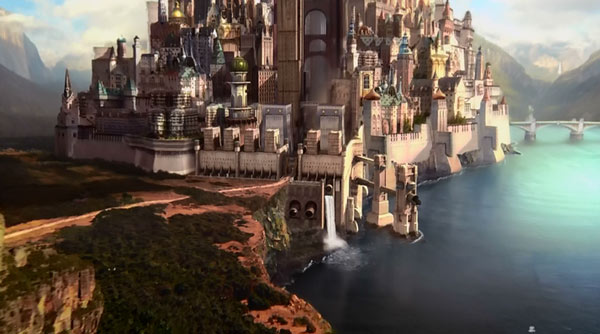 The writing could have been a little tighter as well.  Some uses of cliché are made.  Some of the CGI is a little dated, but this does not compromise the generally excellent aesthetic of the miniseries as a whole. The music is epic sounding making use of a full orchestra. It remains non-invasive but at times quite beautiful. There were also some really interesting plot twists in Tin Man which I will not spoil here. 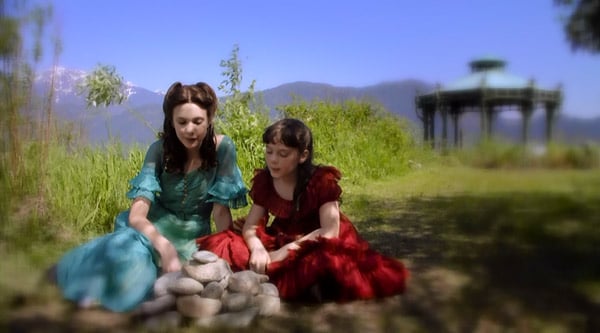 Unfortunately, there is no real ending, the action just finishes which can leave the viewer a little frustrated.  However, in my opinion, the good things that Tin Man was able to do far outweigh its flaws.  Those expecting a straightforward adaptation of the book will be disappointed. However, if you are looking for an interesting update to a beloved classic with a science fiction twist then this may just be a miniseries to try out.

Our romance-themed entertainment site is on a mission to help you find the best period dramas, romance movies, TV shows, and books. Other topics include Jane Austen, Classic Hollywood, TV Couples, Fairy Tales, Romantic Living, Romanticism, and more. We’re damsels not in distress fighting for the all-new optimistic Romantic Revolution. Join us and subscribe. For more information, see our About, Old-Fashioned Romance 101, Modern Romanticism 101, and Romantic Living 101.
Pin this article to read later! And make sure to follow us on Pinterest.
By Elinor Cackett on August 27th, 2015