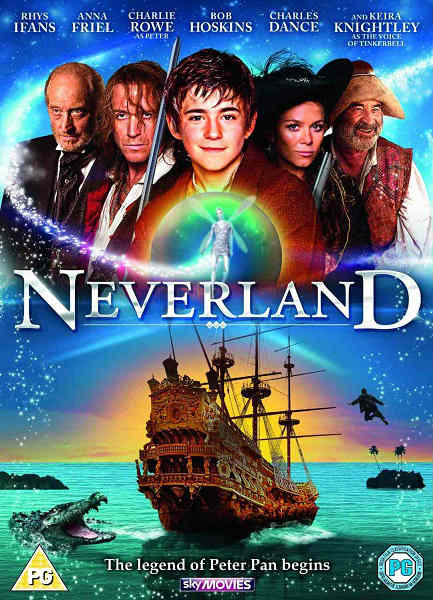 Neverland is the third in the trilogy that also includes Tin Man and Alice. While the other two were imagined as science-fiction in the future taking place after the events of The Wizard of Oz and Alice in Wonderland, this mini-series acts as a prequel for Peter and Hook (much like the recent Pan).

James Hook is a disgraced gentleman who earns his living by teaching people how to fence. He also runs an operation similar to that of Fagin in Oliver Twist, taking orphan boys off the streets and using them to steal for him. Peter is the leader of the boys and aspires to be like James. When a difficult job that is more than it seems goes wrong, James, Peter and the boys are transported to a strange world by a glowing orb. They soon meet others who have been transported there from different time periods such as a native American Indian tribe, an 18th century set of pirates led by Elizabeth Bonny and a philosopher alchemist from the Court of Elizabeth I. 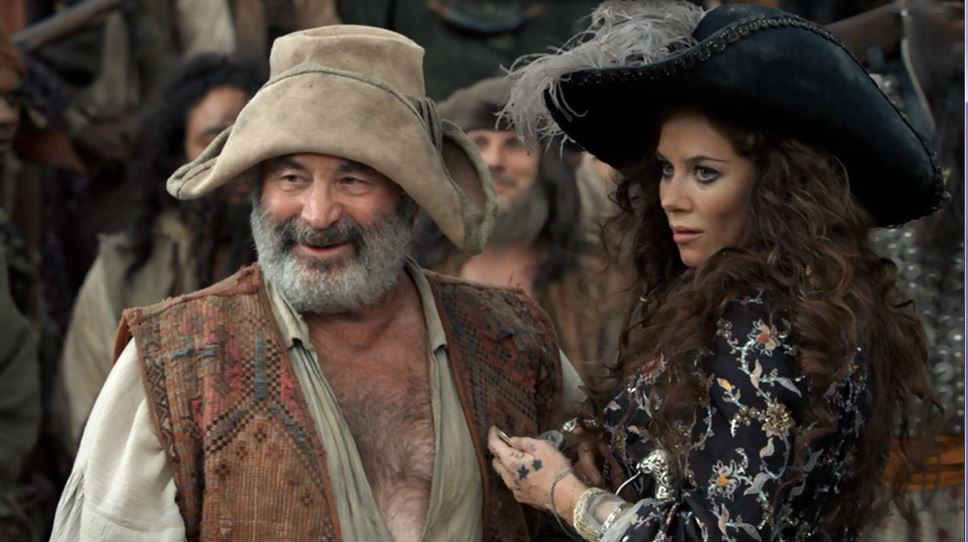 The native inhabitants of the world are called tree spirits and are able to fly by the use of a magical mineral dust that suffuses the world preventing anyone from aging. The pirates seek the magic that would allow them to fly, but the home of the tree spirits is guarded by the Kaw Tribe and an impregnable mountain range. Hook joins the pirates while Peter befriends one of the tree spirits and lives among the Native American Indians. Despite their previous close friendship, Peter and Hook find themselves on opposite sides of the conflict. Will they manage to get home? Will they ever heal their friendship? 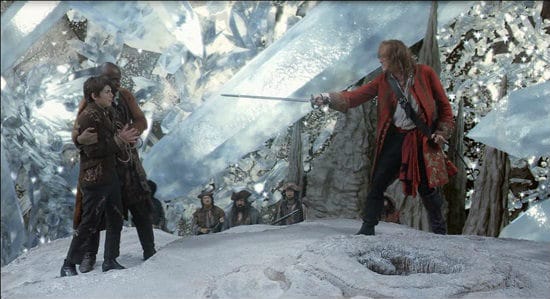 Neverland provides an interesting possible lead up of events to Peter Pan. Having Peter and Hook begin as allies, brings a whole new layer of meaning to the conflict between them. This mini-series was ambitious and had a lot of good ideas. As a fan of the original story, there were some choices that made me dislike it the first time I saw it. For example, one of the problems with this mini-series is that they tried too hard to rationalise the existence of magic in Neverland. They insist on calling the fairies, tree spirits and fairy dust, mineral dust. Neverland is supposedly a planet in another galaxy.

The writer seems reluctant to let things go unexplained. In doing so, forgetting that the story of Peter Pan works precisely because it is not explained because it runs on pure make believe. I mean who didn’t, as a child, leave the window open once or twice in the hope that Peter would come and spirit you away? However, on subsequent viewings this didn’t bother me as much and I grew to like it more. I believe it was done to make it appeal more to fans of science-fiction as well as fantasy. 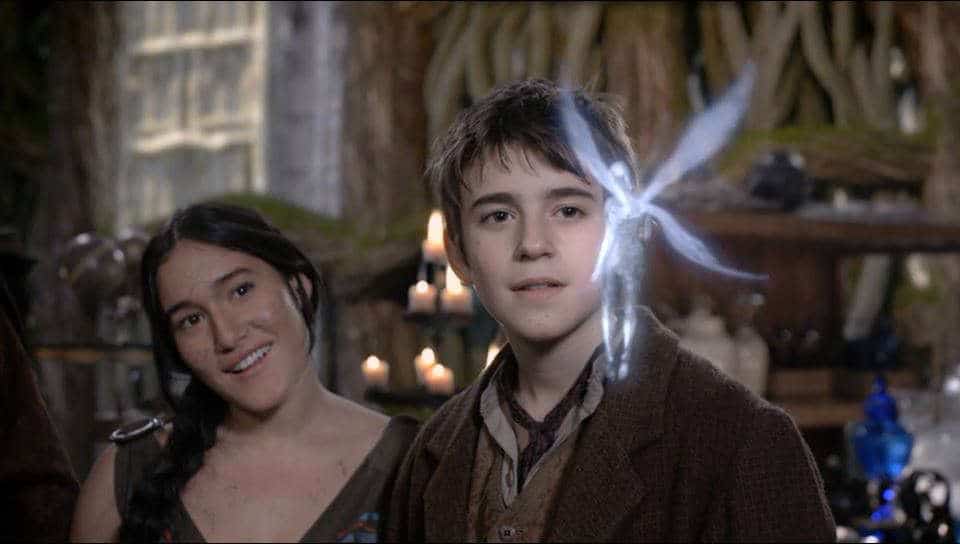 There are other problems with the mini-series such as the effects which are quite bad, except for the fairies which are quite well done. There are also parts that drag. Despite it’s flaws, there are aspects of it which intrigued me.  For instance, the characters of James Hook and Elizabeth Bonny are well developed and very interesting, as is their unusual relationship. It was also interesting to see the other characters like Aaya (Tiger Lily), the Lost Boys and Tinkerbell being established. I liked learning more about their origins. 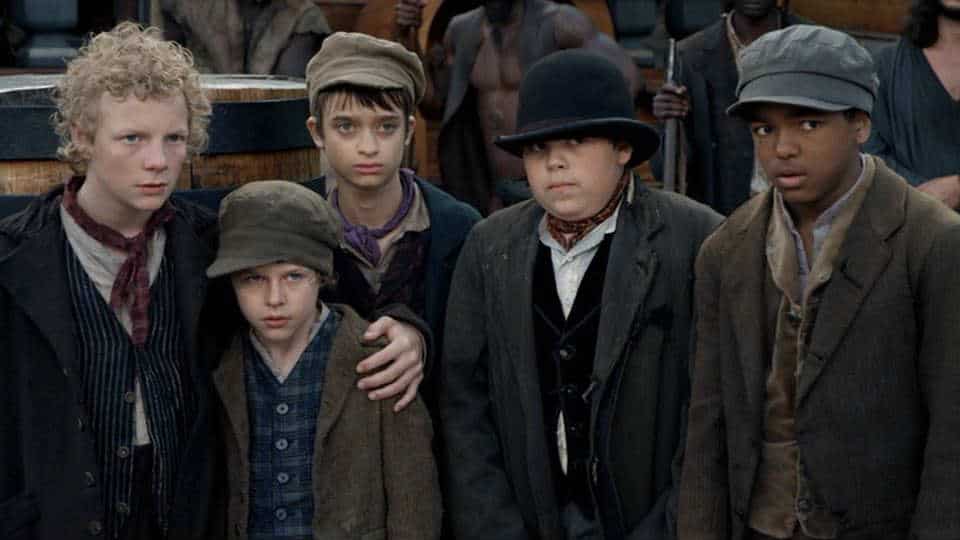 Another great aspect of Neverland was the acting. Charlie Rowe did a fine job of portraying the iconic role of Peter Pan, striking just the right balance between playful and serious, childish and grown up, hero and fool. Rhys Ifans is very good at showcasing Hook as a complex, not entirely villainous man, caught between a desire for power and loyalty to Peter and the boys. Those with fond memories of Hook will appreciate Bob Hoskins returning to the role of Smee. Anna Friel plays Elizabeth Bonny very well. She is quite believable as a dangerous and driven woman, powerful enough to command a bloodthirsty pirate crew. 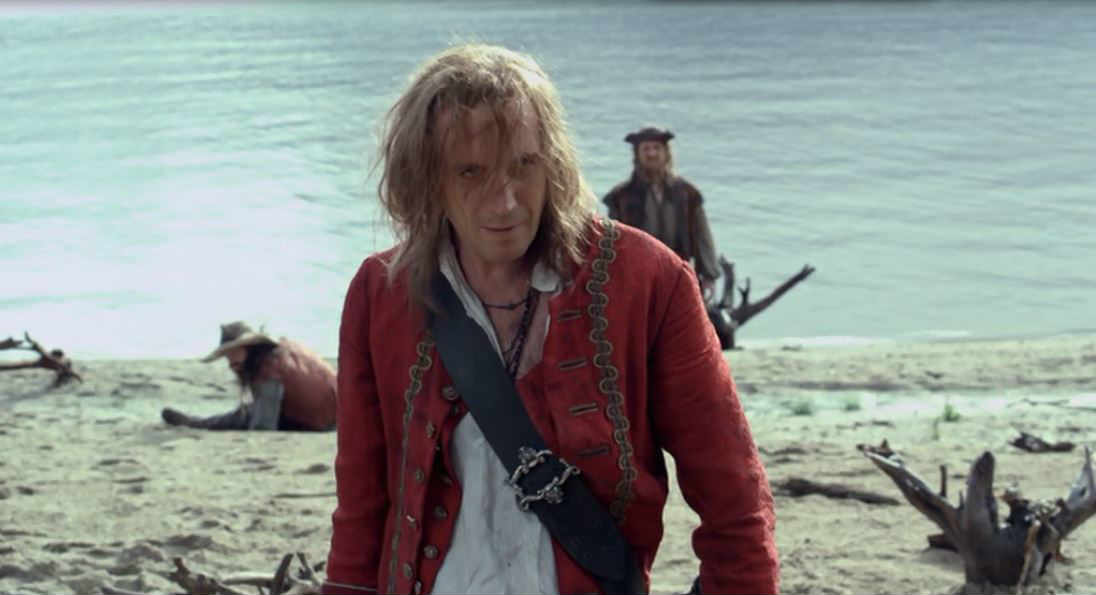 All in all, there is a lot to enjoy in this mini-series. There is magic, action, romance, suspense and even a little period drama at the very beginning. You are more likely to enjoy it if you don’t expect it to fit perfectly with the book, stage play or the more beloved film adaptations of Peter’s story. Neverland is available to stream on Netflix in some countries; it is also available on DVD.

Our romance-themed entertainment site is on a mission to help you find the best period dramas, romance movies, TV shows, and books. Other topics include Jane Austen, Classic Hollywood, TV Couples, Fairy Tales, Romantic Living, Romanticism, and more. We’re damsels not in distress fighting for the all-new optimistic Romantic Revolution. Join us and subscribe. For more information, see our About, Old-Fashioned Romance 101, Modern Romanticism 101, and Romantic Living 101.
Pin this article to read later! And make sure to follow us on Pinterest.
By Elinor Cackett on December 8th, 2015