When my mom first showed me her Elizabeth Gaskell DVD boxed set, I immediately gravitated to Wives & Daughters. The title, the blurb, the dresses, the witty comedy… it seemed right up my alley. Cranford looked okay, but I disdainfully turned up my nose at that other one, the one about mill owners and industry. Blech.

And then one day I gave that other one, North & South to be precise, a try. I’ve never looked back. I couldn’t help but love the strong and willful Margaret, yelling “you go girl!” at the TV when she stands up for the poor.

I couldn’t help admiring Mrs. Thornton for loving her son so much, or laughing at Fanny Thornton and all her inappropriate comments. But nothing won me over better than Richard Armitage and his infamous smolder.

The way he runs his mill and treats his workers, his vulnerability (“I daren’t believe such a woman could care for me…”), and that proposal rebuttal. Yowza.

So when it came time to revisit a second classic romance for my Romance Revisited series (after publishing SWAY, a retelling of Jane Austen’s Persuasion), North & South was the obvious choice.

COLLIDE is a modern-day story about Maggie, a small-town girl who runs away to Vegas to pursue her dream of becoming a contemporary dancer, and Jay, an enforcer to a loan shark who just wants to own his own boxing gym one day. When Maggie pledges to pay back a friend’s loan, she becomes Jay’s next mark.

Some might question my choice of making Jay, AKA: John Thornton, an enforcer. A guy who beats people up for a living. One of the main reasons I chose that job was because of that scene in the movie when Margaret sees Mr. Thornton beating up a mill worker for smoking in the mill. This scene isn’t in Gaskell’s original work, but I love it anyway because it gives Margaret an immediate and legit reason to hate Mr. Thornton. I couldn’t get that scene out of my head, and I wanted my two modern characters to meet in the same way. That led me to making Jay an enforcer, which of course led me to the scene I’m going to share with you today, which happens right after Maggie agrees to pay back someone else’s loan. Enjoy! 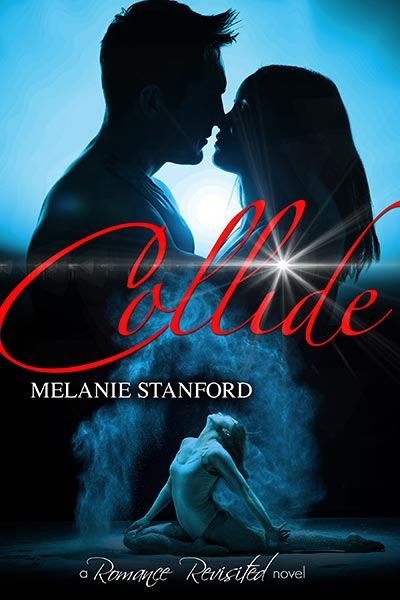 Darkness had settled over Vegas while we’d been inside the restaurant. Lights down the street flashed neon colors, making everything look almost pretty. Magical.

I sighed and started down the sidewalk. There was nothing magical about Vegas.

Someone stepped into my path. I gasped and jumped back.

“What the hell were you thinking?”

Jay Thornton’s mouth was set in a grim line, his hands buried in his pockets. Officer Ting and his other bodyguard were nowhere in sight.

“Leave me alone.” I tried to step around him.

He blocked my way. “Do you realize what you’ve done?”

“Saved my friend from getting hurt?”

His face loomed near mine. “Made yourself the mark.”

Threats, bullies, dirty cops, guys who beat people up for a living. What made this city so different from mine? What made its people do such awful things to one another? I’d been stupid to think Vegas would solve my problems. My problems had tripled since I’d moved here.

“Are you going to hurt me?”

“Right. Not this week, then. I’ll pencil it on my calendar.”

“You have no idea what you got yourself into.” He rubbed a hand through his dark hair. “Do you even have the money?”

He let out a burst of laughter and then stifled it with pursed lips. He looked me up and down. “Never mind. You’ll probably borrow it from Daddy.”

I scowled. “You don’t know anything about me.” Truth was, my first thought had been asking Dad for help, not that my parents had thousands of dollars lying around. But there was no point anyway because no preacher, let alone my own father, would ever agree to pay off a loan shark.

“You think I don’t know the pampered princess type?” Jay fingered the sleeve of my dress and I yanked my arm away. “Never had to work a day in your life, never struggled for anything. Never lost anyone. Never had a problem aside from what to wear to prom or what purse matches your shoes.”

I gripped my purse strap. He looked down at my shoes and smirked. My purse and shoes were both red.

“I know your type. You have no idea what the real world is like because you’ve lived in a bubble your whole life. Then you come here thinking the world owes you something, or that you just have to snap your fingers to get what you want. And it doesn’t happen, but you still cling to that bubble as if it’ll protect you. It won’t. It’ll just pop.”

I could feel my cheeks burning. Angry tears stung my eyes. He’d hit on so many truths that the things he’d gotten wrong didn’t even matter. Something like regret flashed over his face and he took a step back but I closed the distance. He wouldn’t get away so easily.

“I know your type, too. Mean. Angry. Power hungry. You think because you never hear the word no that you’re strong. You think you matter because you can force people to do things. You probably plan on taking over for your boss one day, ruling this crappy city from whatever rock you live under. Is that why you teach at the gym? Building yourself a little army? Well, guess what? I’m not intimidated.”

He grabbed my arms with both hands. His eyes flashed. “You don’t know anything.”

Jay’s hands jumped from my arms as if I burned him, but it was my skin on fire where his touch had been.

“Find a way to come up with that money,” he said.

I raised an eyebrow. “Or else, right?”

When their worlds collide, neither will be left unscarred.

Suffocated by her small-town life, Maggie Hale runs away to Las Vegas to pursue her dream as a contemporary dancer. But Vegas doesn’t turn out like she imagined. She doesn’t make it into Essence Dance Theater and the only job she can find is working in a greasy diner—again.

Jay Thornton wants to quit enforcing and own his own boxing gym one day. But his loan shark boss saved him from the streets as a kid and he owes the man everything. Cutting ties isn’t so simple.

When Maggie pledges to pay back a friend’s loan, she becomes Jay’s next mark. Sparks fly between them, but choosing each other could mean the end of both their dreams. 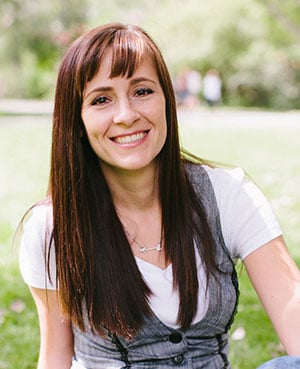 Melanie Stanford writes romance and YA of different genres. Her first novel, SWAY, a modern-day retelling of Jane Austen’s PERSUASION, debuted December 2015 from Samhain Publishing and was shortlisted for the Kobo Emerging Writer Prize. Since Samhain’s closure, Melanie decided to republish SWAY herself, along with the rest of her Romance Revisited series: CLASH, a Romance Revisited novella, COLLIDE, and a third novel coming 2018. She also has short stories featured in the Austenesque anthologies THE DARCY MONOLOGUES and THEN COMES WINTER.

Melanie reads too much, plays music too loud, is sometimes dancing, and always daydreaming. She would also like her very own TARDIS, but only to travel to the past. She lives outside Calgary, Alberta, Canada with her husband, four kids, and ridiculous amounts of snow.

Our romance-themed entertainment site is on a mission to help you find the best period dramas, romance movies, TV shows, and books. Other topics include Jane Austen, Classic Hollywood, TV Couples, Fairy Tales, Romantic Living, Romanticism, and more. We’re damsels not in distress fighting for the all-new optimistic Romantic Revolution. Join us and subscribe. For more information, see our About, Old-Fashioned Romance 101, Modern Romanticism 101, and Romantic Living 101.
By The Silver Petticoat Review on December 1st, 2017