Until the recent influx of superheroes at the box office and on TV screens, I wasn’t much for the supernatural. This shifted when I finally caved and watched my first X-Men film. After that, I realized I didn’t mind that sort of fantasy and, in fact, I was impressed with the characterization of these mutants. The latest title to come along of a similar nature is based on a James Patterson novel.

The story follows Max (Allie Marie Evans), a young woman with genetically altered DNA. This DNA allows her not only to sprout wings and fly but also to communicate with those like her. When she was a child, Max, along with five others, were rescued from a place called “The School” in Death Valley. Their rescuer was Dr. Jeb Foster (Peter O’Brien), the only man who Max trusted. Now, years later, Jeb is missing. Max then becomes the leader of the five left in her care.

Among them is Fang (Patrick Johnson), the cute guy Max might be crushing on and Nudge (Tetona Jackson), the aspiring fashionista bored of the remote space they live in. But Max believes Jeb put them there for a reason… and until he comes back, they’re staying put. That changes when one of their own, the young Angel (Lyliana Wray), is kidnapped and taken back to The School… 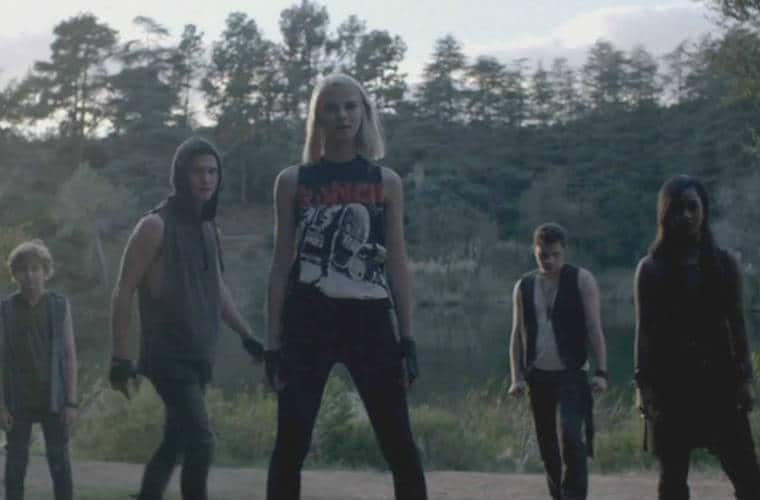 Sadly this film doesn’t live up to what I suspect was endless potential for those of us who like a fun sci-fi. If I had to guess, I’d say filmmakers wanted this to be something it simply isn’t. Although Patterson shares writing credit, additional writers are in the credits. One of whom is Angelique Hanus. A writer who (fun fact!) wrote a handful of Emma Approved webisodes. Jay Martin serves as director, a small screen pro.

Maximum Ride starts off really well. I was hooked in the first 30 seconds which is always a good sign. That impression was furthered by the opening credits which are edgy and indicative of what we’re about to see. But beyond this, things descend. The special effects aren’t cutting-edge, which is fine if it weren’t for the attempt to replicate bigger budget films. This would have been better had they instead stood out as good as they could. The faraway shots are an improvement over the close-ups where we see the stunning and sweeping scenery. But Maximum Ride relies too much on these kinds of scenes as “fillers” rather than using the time to develop story or characters.

Despite this, personally, I did enjoy this. I noticed the flaws more than I would have wished, but that doesn’t lessen the entertainment value. The fresh-faced cast is fun to watch and I was particularly impressed with a few. (Plus, fans of Necessary Roughness will like to see Patrick Johnson in such a different role.) The sprinkle of romance is less about angst and more about discovery. Meaning, the young would-be lovers are unsure whether or not “normal” of any kind is possible for them, and the almost-kiss underlines this. (It’s a nice scene meant to demonstrate the feelings between the couple.) The styling of the characters is edgy and interesting as is the atmosphere. 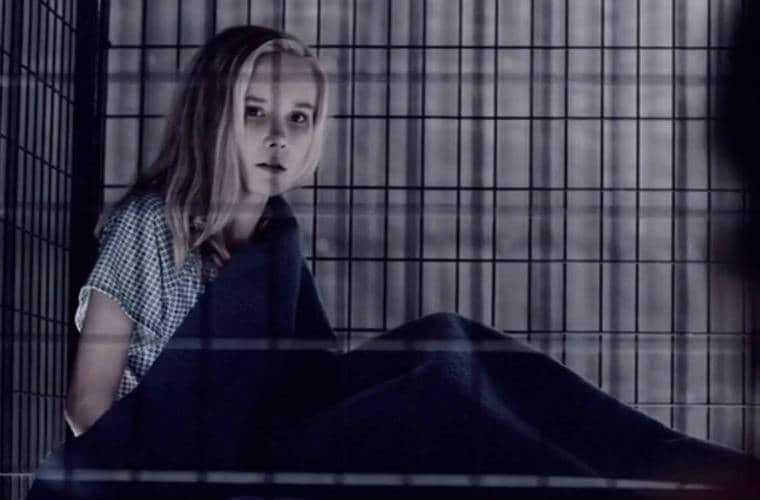 If you’re looking for an entertaining teen sci-fi thriller, Maximum Ride is a good choice. There are thrills amid the quieter storytelling although instead of explosions this one is about asking questions: Why were these six kids singled out? Why has Max assumed care for them? Where is Jeb? Who is Jeb? The list could go on. If you’ve read the series, it might be worth a night in (I have not) or if you like superhero stories, it’s a fun way to spend 90-some minutes.

See Maximum Ride in limited theater release September 30th or buy it via digital download on iTunes or Amazon Video.

Content Note: There are some “tense” moments involving our heroes. One such example involves a young girl being “shocked” and kids locked in cages. The film is rated PG-13.

Our romance-themed entertainment site is on a mission to help you find the best period dramas, romance movies, TV shows, and books. Other topics include Jane Austen, Classic Hollywood, TV Couples, Fairy Tales, Romantic Living, Romanticism, and more. We’re damsels not in distress fighting for the all-new optimistic Romantic Revolution. Join us and subscribe. For more information, see our About, Old-Fashioned Romance 101, Modern Romanticism 101, and Romantic Living 101.
Pin this article to read later! And make sure to follow us on Pinterest.
By Rissi JC on September 21st, 2016