Anytime I want a superhero fix, I almost always opt for the heroes and productions from Marvel. There’s just something about these worlds and characters that are superior in the superhero culture. In their latest entertainment endeavor, they invite us into the vastly different worlds of teenagers Tandy and Tyrone or Cloak & Dagger as they’re about to become known as.

In her short life, Tandy Bowen (Olivia Holt) has lived many lives. She’s a grifter who fits into the world of privilege and wealth when really she lives inside an abandoned church. She, along with her boyfriend Liam, steal from the wealthy in order to fund their own lives. Part of Tandy’s hauls is the drug that gives her the ability to forget. Even if only for a little while.

Tyrone (Aubrey Joseph) lives a completely different life from that of Tandy’s. He’s enrolled in a private school and plays on the basketball team. Only trouble is, the high expectation pressure his parent’s place on his success is starting to get to Tyrone.

What these two strangers don’t realize is how closely their lives are about to intersect.

Freeform TV shows are hit or miss for me. I feel like prior to their re-brand (they were formerly ABC Family), they put out more content I enjoyed in a more consistent manner. Now, I rarely have the inclination to tune into their new TV shows. With exception to this year, which included Cloak & Dagger. Though I suspect this had more to do with “Marvel” in front of its titling. 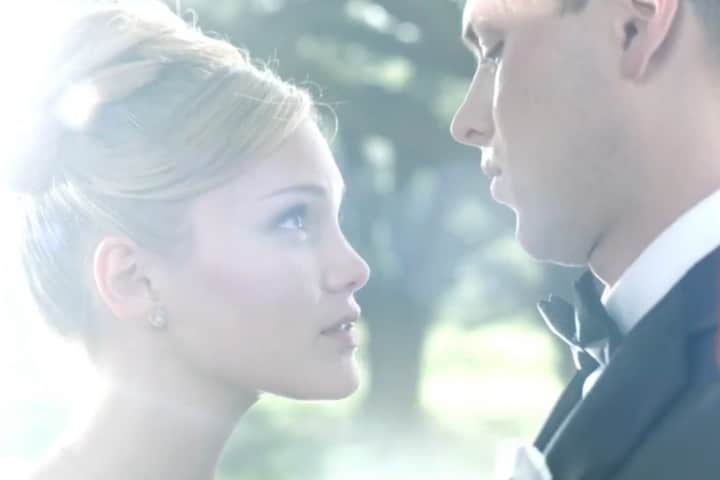 What Marvel does so well in each of their excursions into TV (or film) is balance action-packed excitement (which we expect in a superhero story) with solid characterization. This story is no different. In fact, this may be their best TV offering yet. Right from the start, the story grips the viewer. I was intrigued from the first moments as the slow set up builds to the present day versions of Tandy and Tyrone. Already (six episodes have aired at this point), I can tell these two characters are going to be the best thing about this show. Their stories have complex issues that I think the writers are up to the task to explore.

Of course, also an aid to the character gamut is the cast. Though the leads are newcomers, they have the confidence to portray these vulnerable and tough characters. Also among the cast is Andrea Roth and Gloria Reuben who play the titular characters’ mothers. The characters and cast isn’t the only thing to tune in for. The effects and graphics are as alluring as they are cool. They somehow hold the power to intrigue, and in some sense, they tell a story all their own.

For those of you who, like me, love a good superhero story, Cloak & Dagger is good. Perhaps most surprising about the first two episodes is the lack of screen time Tandy and Tyrone share.  This lends more mystery to the story’s appeal and brings the viewer back to ask “what’s next”? As of now, we are learning about the abilities of these two right along with them. It’s interesting to see the dynamic that they aren’t their strongest selves without the other person.

Though it’s early days, it reminds me in some sense of Nikita. Overall, I’m liking the “pull” between the characters and story. Some of the political conclusions don’t always personally sit right with me, but overall Cloak & Dagger is in the good column. with a snazzy production appeal, and a hint of romance, this show is one of summer TV’s must-see series!

Content: There is some innuendo, and Tandy is intimate with her boyfriend. There’s drug abuse, and other mature themes, as well as some “tense” violence. There’s some typical profanity, too. Cloak & Dagger is appropriately rated TV-14.

Where to Watch: You can see the pilot of Cloak & Dagger on Hulu, purchase the episodes on Amazon Video and iTunes or find them on the Freeform website (as of this publication).

Have you seen this show? Did you like or dislike it? What’s your favorite Marvel romance? Sound off with all of your thoughts in the comments!

Our romance-themed entertainment site is on a mission to help you find the best period dramas, romance movies, TV shows, and books. Other topics include Jane Austen, Classic Hollywood, TV Couples, Fairy Tales, Romantic Living, Romanticism, and more. We’re damsels not in distress fighting for the all-new optimistic Romantic Revolution. Join us and subscribe. For more information, see our About, Old-Fashioned Romance 101, Modern Romanticism 101, and Romantic Living 101.
Pin this article to read later! And make sure to follow us on Pinterest.
By Rissi JC on July 10th, 2018