The Lake House tells the story of a lonely doctor, Kate Forster, and stifled architect, Alex Wyler. On the day Kate moves out of a beautiful lake house to an apartment in Chicago, she leaves a letter for the new resident. Alex finds the letter when he moves into the lake house and puzzles over the contents. Apparently, Kate wrote Alex from 2006. Alex, it turns out, is in 2004. What follows is a tale of two people destiny brings together two years apart. Through their letters, they discover each other’s likes and dislikes. They share their fears and joys. They reach out to each other at their lowest points and find strength in each other through their words.

The Lake House is hokey. It’s sappy. The plot defies any rational explanation. But, you know what? For those very reasons, I adore it. Suspend all reality, ignore the never-explained hole in time. Instead, fall in love with Alex and Kate as they fall in love with each other. It is not a sweeping romance but rather a gentle telling about a man and a woman who fall in love across time.

I love the romantic trope of love letters. A beautifully written love letter is the perfect ingredient to any romantic movie. Words are powerful, especially when spoken from the heart. In The Lake House, it’s not just one love letter but a series of love letters. Ranging from casual conversation, to deeply personal feelings, these letters are the focus of the movie. They are what moves the story forward. More importantly, the letters connect the viewer to Alex and Kate. 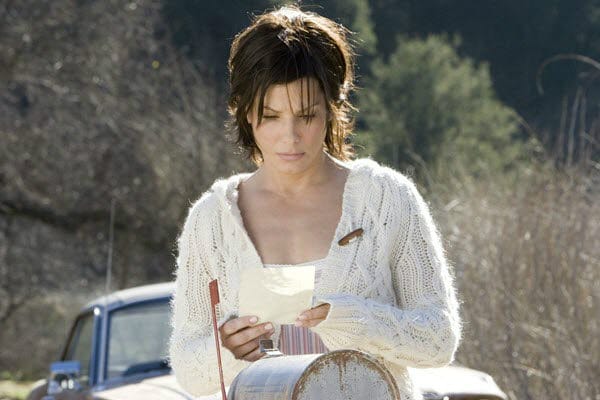 The writer reads each letter aloud. So, while Alex is reading a letter from Kate over a bowl of soup, we hear Kate’s voice. Or, instead of the letters, Alex and Kate talk aloud, as if they are having a conversation. I enjoyed how the movie slipped from one to the other at just the right times. Some might find it odd, but I thought it personalized these scenes and added to Alex and Kate’s connection. In addition, I loved how in some scenes, Alex and Kate were in the same location but in their own time. It lent an authenticity to their developing relationship that would otherwise be absent. 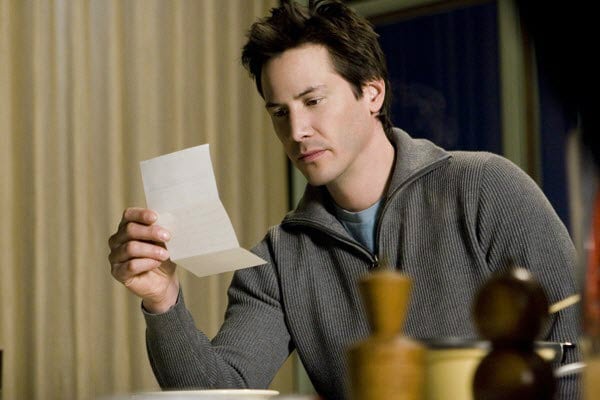 The other ingredient that makes this movie work for me is the chemistry between Keanu Reeves and Sandra Bullock. It does not matter that they share very, very few scenes together. One scene is early enough in the movie that it carries that spark until the end of the film. I also think since I enjoyed them together in Speed, some of that carried over to The Lake House. Their voices, the inflections used for certain words at certain moments made me forget the unexplained threads in the film. 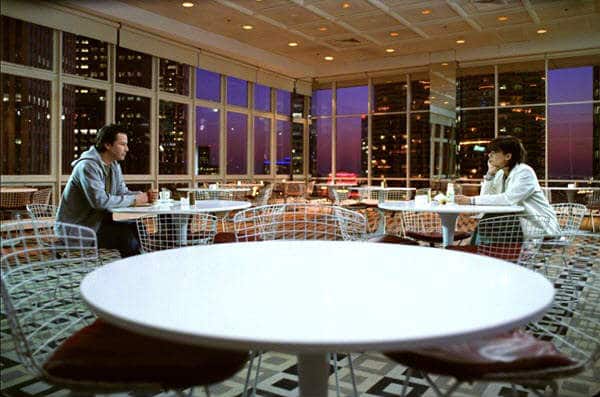 Final Thoughts on The Lake House

The biggest drawback of The Lake House is that the movie doesn’t really explain how or why this phenomenon is occurring. Nor does it make clear whether it is the letters that motivate some of Alex’s actions in the past. Or, if those events occurred without the letters. That those events, perhaps, prompt this hole in time. Also, is Kate really driving every single day from Chicago to the lake house for letters? In 2004, Alex lives there so he gets his mail every day. But Kate is a doctor in a large hospital in Chicago. So, again, a break from reality in this context. Still, I found that the letters, along with Reeves and Bullock, made-up for these small hiccups.

If you are not a fan of Keanu Reeves or Sandra Bullock, this movie is not for you. However, if you enjoy an improbable romance and are willing to suspend reality, I think you’ll find The Lake House to be a sweetly romantic tale of love across time.

The Lake House is available on Hulu.

Content Warning: Rated PG for some language and a disturbing image.

Our romance-themed entertainment site is on a mission to help you find the best period dramas, romance movies, TV shows, and books. Other topics include Jane Austen, Classic Hollywood, TV Couples, Fairy Tales, Romantic Living, Romanticism, and more. We’re damsels not in distress fighting for the all-new optimistic Romantic Revolution. Join us and subscribe. For more information, see our About, Old-Fashioned Romance 101, Modern Romanticism 101, and Romantic Living 101.
Pin this article to read later! And make sure to follow us on Pinterest.
By Catherine on July 25th, 2017