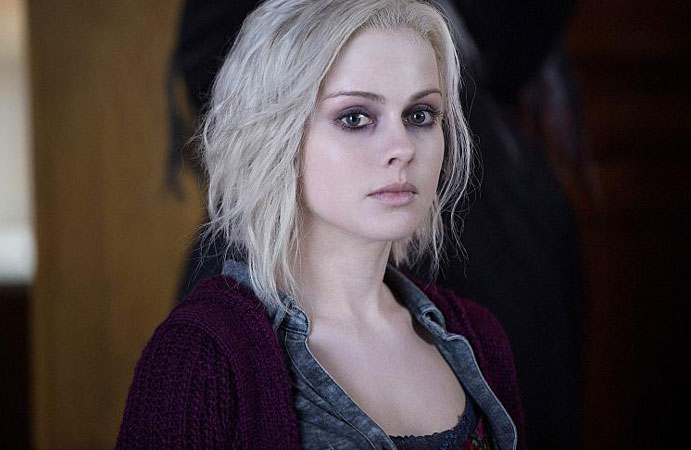 THE SETUP: A young medical student becomes a zombie after being infected at a party. Five months later, we find her working at a Coroner’s Office where she eats brains to keep her feeling more human. But, she soon learns that she takes on the memories of the person’s brain she eats which she uses to help solve crimes.

No one was more psyched than me to hear that Rob Thomas of Veronica Mars fame was developing a new genre series for the CW. That show in question is iZombie, a smart TV series similar to not only Veronica Mars, but Moonlight and Pushing Daisies as well.

RELATED: Romantic Moment of the Week: Logan and Veronica

What really works well for this series (besides the awesome Veronica like voice-overs spoken by the perfectly cast Rose McIver as Liv) is the obvious parallels between being a zombie and being depressed or anxious. In fact, Liv isn’t your typical heroine. She’s put into the type of role usually given to male counterparts where she not only gets to kick butt with superpowers, but can also be majorly flawed (thanks partially to side effects of being a zombie). She sits and watches TV all day, she’s lost all of her motivation in life, she eats junk food, etc…

But the show is more than just a satirical look at depression in an urban fantasy setting, it is also really funny situationally. There are quite a few laugh-out-loud moments including the VERY funny sequence of what happens when you choose to go to a party when it’s not really your thing (AKA everyone turns into zombies and then turns you into one as well). It was like the perfect GIF for introverted homebodies everywhere who would rather stay at home on a Friday night reading a book than brave going out to party for fear of a zombie apocalypse.

On top of the clever writing, the zombie mythology is interesting (making it closer to vampirism than zombies), the mysteries of the week entertaining (though not particularly hard to figure out) and the series as a whole fun to watch. 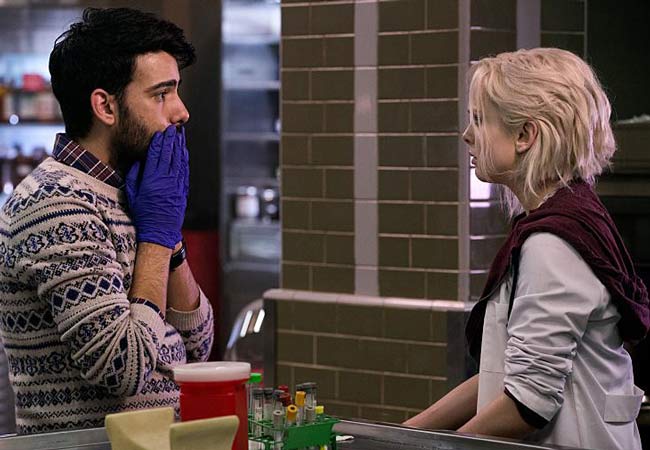 However, there are a few kinks to work out. Two episodes in and I’m still not completely sold on any of the characters other than Liv yet. Everyone has potential, especially David Anders as Blaine – the bad boy who turned her and her confidante Dr. Ravi, but it’s hard to say at this point which characters will really stick as personal favorites. I admit I’m kind of hoping Anders will fill the Logan Echolls/Spike bad boy role for the series. His character is funny and extremely devilish, yet I still want a little bit more humor from him.

Then there’s the romantic possibilities. While this isn’t a paranormal romance series, the romantic urban fantasy angle is hard to ignore. And yes, I am expecting there to be a good romance in an urban fantasy series. The obvious romance is the one between Liv and her ex-fiancé who she chooses not to be with in the fear that she’d turn him into a zombie. But I’m not sure this is the couple to root for. 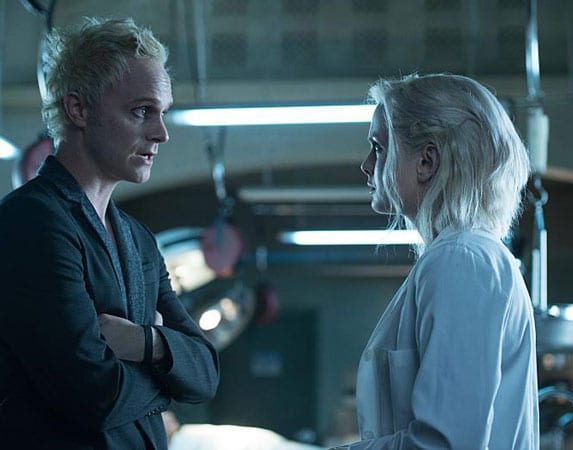 The other possible love interests include Blaine, the bad boy, and Detective Babineaux, the cop. While there’s been no hinting toward the Detective as of yet, it’s clear he’s been put into the role of the investigative partner, which often becomes the love interest in these types of genre shows. If that is the intention, however, I’m just not sure if I see these two having any romantic chemistry. But I could be surprised. Then again, perhaps we haven’t met who could become the “epic” love interest yet.

Also, it’s hard not to make comparisons to Veronica. If I were to put them side by side, I’d say Veronica definitely had the stronger start. The dialogue and characterization just jumped out at you. Plus, the season long mystery arc was front and center. iZombie, on the other hand, only hints at the season long arc (I’m assuming the mystery of the party and how she became a zombie is the arc) and instead focuses on a case of the week. Something that could bog the series down in the future if it becomes too procedural.

Overall, while there are a few kinks to work out, this series is definitely a keeper. Basically, if you love wit and any of these shows – Veronica Mars (obviously), Moonlight, Pushing Daisies, Tru Calling, Dead Like Me, Buffy the Vampire Slayer, Forever (or other shows similar to these), then you should give iZombie a try. This series has the potential to reach cult fan status quickly.

Did you watch iZombie? What do you think of the show so far? Do you plan to keep watching or give it the boot? Sound off in the comments!

Our romance-themed entertainment site is on a mission to help you find the best period dramas, romance movies, TV shows, and books. Other topics include Jane Austen, Classic Hollywood, TV Couples, Fairy Tales, Romantic Living, Romanticism, and more. We’re damsels not in distress fighting for the all-new optimistic Romantic Revolution. Join us and subscribe. For more information, see our About, Old-Fashioned Romance 101, Modern Romanticism 101, and Romantic Living 101.
Pin this article to read later! And make sure to follow us on Pinterest.
By Amber Topping on March 26th, 2015