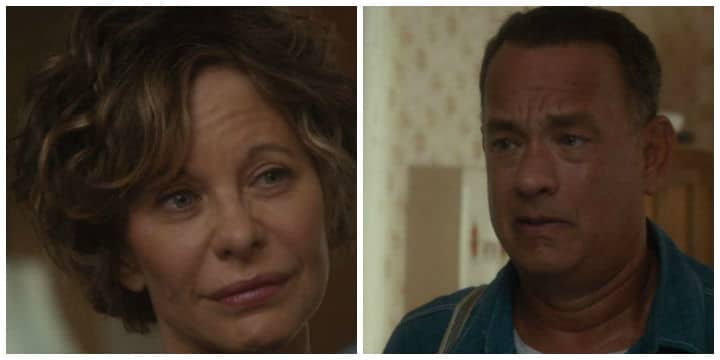 In 2015, Meg Ryan directed her first movie, Ithaca, based on a 1943 novel The Human Comedy by William Saroyan. Set during World War II in the town of Ithaca, Ryan plays a widowed woman, Mrs. Macauley, who lives with her three younger children.

RELATED The Promise (2017) -A Romantic Tragedy About the Armenian Genocide 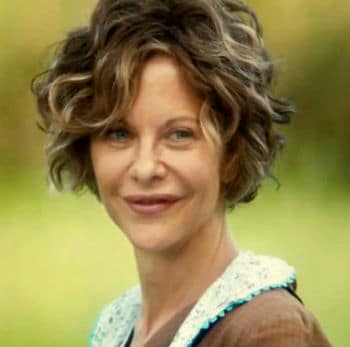 The ghost of Mr. Macauley (Tom Hanks) hangs around the Macauley house, watching out for his wife and children. The fact that Mrs. Macauley can see and speak to her husband is not set in a way that implies she is crazy. Rather, he appears as a protector, and his speaking lines, set toward the end of the film, brought this viewer to tears.

Mrs. Macauley is not our main character, however. That honor belongs to Homer Macauley, a fourteen-year-old who has found himself the man of the house after his brother Marcus ships out to fight in the War.

Set during the summer of 1942, Ithaca follows Homer Macauley in a coming of age journey. He begins working as a telegram messenger which ultimately changes his life forever. With his new boss Mr. Spangler and the old telegraph operator Mr. Grogan, Homer realizes the kind of telegrams that are delivered during a war. As you can imagine, they’re not always happy. Still, from the joyful to the heartbreaking, the telegrams inspire in various ways.

The story also follows his brother Marcus, who is always telling his friend Tobey about his family and writing letters to his brother. In fact, Marcus has promised Tobey that he will take him to Ithaca after the War is over. And for a large part of the film, Marcus reads the letters that he wrote to Homer. These two things together show the relationship between Marcus and his family, help the viewer feel connected to Marcus, and allow the film a touch of exposition. Marcus confesses to Homer that he writes things to his brother that he would not say.

Our main character, Alex Neustaedter as Homer, is a brilliant choice. He looks young and vulnerable at all the right times while managing to still portray the cocky attitude of a fourteen-year-old boy. Every scene where Homer delivers one of those government telegraphs to a mother, my heart broke for both the family and for Homer himself. Homer also struggles between wanting to serve in some way and wanting to just be an ordinary teenager as he tries to get the attention of his crush while also helping his mother.

The other Macauley children, Bess and Ulysses, have smaller parts than their brothers, 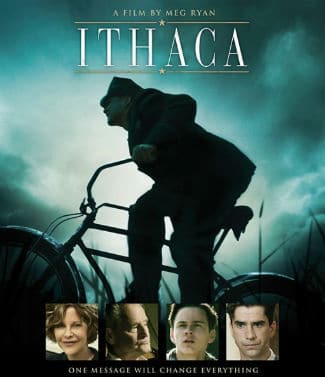 while still being important. Bess shows a glimpse of life for a girl during the War, while four-year-old Ulysses shows a sense of childlike wonder and wisdom. Mrs. Macauley, on the other hand, is a determined woman who tries to be strong for her children.

The other supporting characters, particularly Mr. Spangler and Mr. Grogan, are wonderful. Mr. Spangler seems to be a WWI veteran, and he takes Homer under his wing. While Mr. Grogan is an old and very disillusioned man, who helps Homer see the wisdom in his brother’s words. Homer’s journey into adulthood will be shaped and molded by these two men.

Overall, Ithaca is an interesting film because of its quiet strength. And thankfully, the cast is talented and able to pull this minimal dialogue off. Even when they are not talking, it is clear what each of the characters are thinking. The music then helps set the mood of each scene.

In addition to the wonderful facial expressions, the film is beautiful. The set is wonderful and believable, while the different interactions of the characters seem logical, given what we as the audience have seen about their characters.

Ithaca is lyrical, almost like a poem. The action does not look at anything big and dramatic. Instead, it focuses on one boy and the people around him. This doesn’t make the film seem small; it’s a film that seems more realistic than I had expected. By building up the characters and their relationships throughout the film, the ending scenes are more powerful.

If you tend to cry at movies, there are several places in Ithaca that will make you cry. One of them I saw coming, but the other one was quite a surprise. 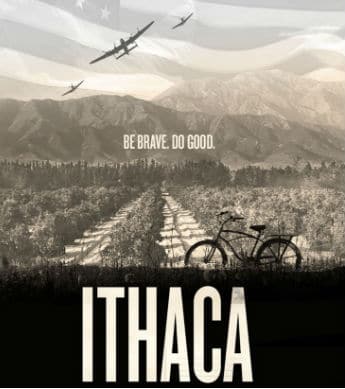 The film has a solid message. I interpreted it to be the idea that even when people leave us, a part of them stays behind with us. The death of Mr. Macauley still impacts the lives of the Macauley family.  Homer also encounters death every day at work. As he delivers telegrams to families in Ithaca, he struggles.

Ithaca is not an overly complex film. Although the ideas are large, the story stays focused on Homer and his experience. This makes it a story that is easy to relate to; everyone has an experience that has profoundly changed them.

If you like heartwarming and tear-inducing coming-of-age dramas, stories set during World War II on the home front, or stories with an emphasis on strong family ties, you might enjoy Ithaca. If you are looking for an uplifting drama that may make you cry, don’t miss Ithaca.

CONTENT NOTE: There is implied off-screen violence since it is a movie set in World War II. There are also several off-screen deaths and one on-screen death. The movie is PG.

WHERE TO WATCH: Ithaca is available to rent on Amazon.com and stream on Netflix.

Our romance-themed entertainment site is on a mission to help you find the best period dramas, romance movies, TV shows, and books. Other topics include Jane Austen, Classic Hollywood, TV Couples, Fairy Tales, Romantic Living, Romanticism, and more. We’re damsels not in distress fighting for the all-new optimistic Romantic Revolution. Join us and subscribe. For more information, see our About, Old-Fashioned Romance 101, Modern Romanticism 101, and Romantic Living 101.
Pin this article to read later! And make sure to follow us on Pinterest.
By Bailey Cavender on June 13th, 2017