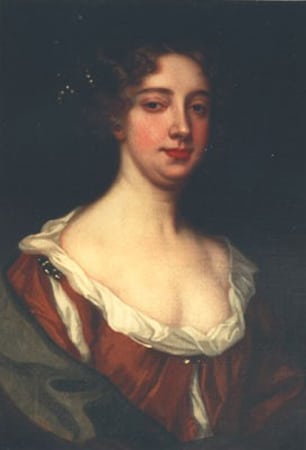 There are simply not enough women recognised for their achievements in popular history. Unfortunately, that is reflected in the historical dramas that get commissioned as there are only a handful of women who are honoured time and again. These women, though deserving of recognition themselves, should share the limelight with a few lesser known heroines. This is a list of historical women whose interesting stories and impressive achievements have yet to be celebrated in film or television.

While researching for this article I was overwhelmed by the sheer amount of women who had achieved great things despite large amounts of prejudice and mistreatment because of their gender.  Most of whom are not well known. It was difficult to narrow down the list so I attempted to focus on what would make a good story; that would translate well to the small screen. I also tried to include women from all walks of life and all over the world. This is by no means a definitive list.  I tried to vary their occupations and countries of origin as much as possible.

Despite popular belief, there were many female pirates, such as Anne Bonney, Mary Read and Sayida al Hurra but none so fearsome and successful as Ching Shih. Her first encounter with piracy came when she was captured by well-known pirate captain Zheng Yi while working as a prostitute. She later married Zheng Yi and took control of his fleet shortly after his death.  Under her strict control, she managed to swell it to include 1800 ships and up to 80,000 crew members, both men and women.  She became so powerful that the only way China could placate her was to grant her amnesty.  She is one of the few pirates that managed to retire comfortably and lived to the reasonable age of 69.  She is known to this day as one of the greatest pirates that ever lived.

Due to the death of her brother, Eleanor of Aquitaine became a wealthy heiress who married and accompanied King Louis VII on the second crusade at age 15.  The relationship deteriorated and she divorced her first husband, regaining all her lands and property in a time when such things were unheard of.  She then married Henry of Anjou who became King Henry of England, actively ruling the empire by his side.  During this time, she was largely responsible for beginning the tradition of courtly love which elevated the idea of Knighthood beyond that of simply being a thug.  She later chose to back her son Richard I against her husband when she began to disagree with his politics. After the death of her husband, she took an active part in ruling alongside her son even acting as regent while Richard was away during the third crusade.

Elizabeth Blackwell is believed to be America’s first female Doctor.  When she was just 18 she opened a private school for girls with her mother in order to support her family.  She became a governess for a short time to a family in the South but became appalled by the realities of slavery to the point where she felt she could not stay.  Having an interested scholarly mind and noticing that many women felt uncomfortable being examined by men, she looked into how a woman might become a Doctor.  She applied to many universities but was rejected continually until she was finally admitted to Geneva Medical College.  However, she discovered she was mostly admitted as a curiosity.  Despite this and ongoing prejudice, she quickly became head of her class and eventually graduated.  She had trouble obtaining medical experience only managing to be admitted as a trainee midwife.  She later began to teach lectures on women’s health and once her sister obtained a medical degree of her own, they opened the clinic for women and children in the slums of New York City.  She would later open several infirmaries and medical colleges for women in both the United States and the UK.  She was the first woman to be entered into the medical register in the United Kingdom.

Gertrude Bell was a woman of many talents, first female British Intelligence Officer, first women to receive high honours at Oxford in Modern History, first woman to climb the Engelhorner mountain range in Switzerland, first woman to travel solo across uncharted Arabian desert (for 1500 miles no less). She mapped great stretches of the previously uncharted Arabian desert and received many awards. She established the Baghdad Museum and drafted a new Law of Antiquities protecting Iraq’s own artefacts. She became involved in Iraq’s politics, championing Muslim women’s education and spoke out against colonialism.  Despite her impact on history, she is credited with very little.

From a poor background, she expressed a desire for knowledge early on. She was taught to read at age three and devoured every book she came across.  She begged to be allowed to attend university disguised as a boy and instead was sent to study under a well-educated priest.  She learned quickly, mastering several languages and becoming fluent in Latin after only 20 lessons.  She drew the interest of the Viceroy of New Spain, who employed experts in many fields to test her knowledge.  At 20, she chose to take vows at The Order of St Jerome where she was able to pursue learning with a greater freedom than before.  She studied all manner of subjects, became proficient in music and wrote many plays and poems.  Though not all people were impressed by her talents, many sought to tear her down, viewing her ‘masculine’ thirst for knowledge as unseemly.  She then responded to such critics with her famous manifesto championing a woman’s right to education.

Aphra Behn was one of the first women to earn her living through writing, a profession at the time viewed as too morally questionable for women to partake in.  She is known as one of the creators of the novel as a literary format.  She produced several novels and wrote for the stage, quite successfully. Her plays often questioned the place of women in society and the double standards that existed.  She presented herself as a female version of the rake, a popular character archetype of plays during the Restoration.  She even drew the eye of King Charles II, spying for him in Antwerp at one point.  Despite coming under scrutiny for her profession, she paved the way for many female writers to express themselves in the way they choose.

Rose Scneiderman had to leave school early to support her family.  Her first job was in retail with very little in the way of a salary, forcing her to look elsewhere for work.  She became a cap maker, working at least 10 hours a day for approximately five dollars a week.  There was no insurance against accident.  She contacted the National Board of Cloth Hat and Cap Makers to form her fellow women workers into a union.  She led strikes against the masters who sought to hire child labour and immigrants who would work for even less money.  Among the rights she campaigned for were better health and safety, eight hour working days, national minimum wage and much more.  She became friends with Eleanor Roosevelt, and influenced Roosevelt’s New Deal Legislation.  She was also a campaigner for the suffragette movement.

Born into the harem system when women were segregated and forced to cover their entire bodies in the Hijab, Huda was an accomplished young woman, well-educated and multilingual.  She was married at 13 to a cousin; a year later they chose to separate.  This granted her a measure of freedom since her father was long dead.  She chose to educate herself further, becoming a political activist.  She was involved in many projects to help women, starting the first Egyptian women’s philanthropic society and creating the first Egyptian school for girls with a focus on academics rather than preparation for marriage and motherhood.  She also organized lectures for women and put together the largest all-women anti British demonstration in 1919, speaking out against colonialism.  She went on to found the Egyptian Feminist Union.  Once Egypt was freed from British rule Huda removed her veil in public as act of defiance hoping to prevent the country from backsliding into old traditions.  Many women followed her example and today the Hijab is worn out of choice not as a requirement.  For much of her life, she attended women’s conferences worldwide representing Egypt preaching peace and disarmament.  She was an important figure in the fight for women’s rights and influenced many women in Egypt and the world.

Ada’s mother feared her daughter might grow to be like her father, Lord Byron and so raised her with an emphasis on mathematics, science and logic.  Ada had a fascination with machines.  She was introduced to and became good friends with Professor Charles Babbage who shared her love of numbers.  He recognised great talent for the subject in her. She showed great interest in his plans for a machine called the Analytical Engine, similar in its basic idea to a modern computer.  She even wrote what are now considered to be some of the earliest computer programs. Her calculations went on to inspire Alan Turing’s work concerning a more modern computer in the 1940s.

A transgender woman, Carmen performed as ‘Kiwi Carmen’ and suffered police brutality for some time before moving to Wellington where she opened up a coffee bar/brothel which became famous. Carmen spoke out against discrimination and was an advocate for gay and transgender communities.  In 1977, she ran for mayor.  She was ahead of her time and was a great inspiration to to many women who came after.

Photo credit: Unless otherwise stated, these pictures are in the Public Domain and were obtained through WikiMedia Commons.

If this article sparked your interest more information can be found from the sources here:

Our romance-themed entertainment site is on a mission to help you find the best period dramas, romance movies, TV shows, and books. Other topics include Jane Austen, Classic Hollywood, TV Couples, Fairy Tales, Romantic Living, Romanticism, and more. We’re damsels not in distress fighting for the all-new optimistic Romantic Revolution. Join us and subscribe. For more information, see our About, Old-Fashioned Romance 101, Modern Romanticism 101, and Romantic Living 101.
Pin this article to read later! And make sure to follow us on Pinterest.
By Elinor Cackett on July 22nd, 2015