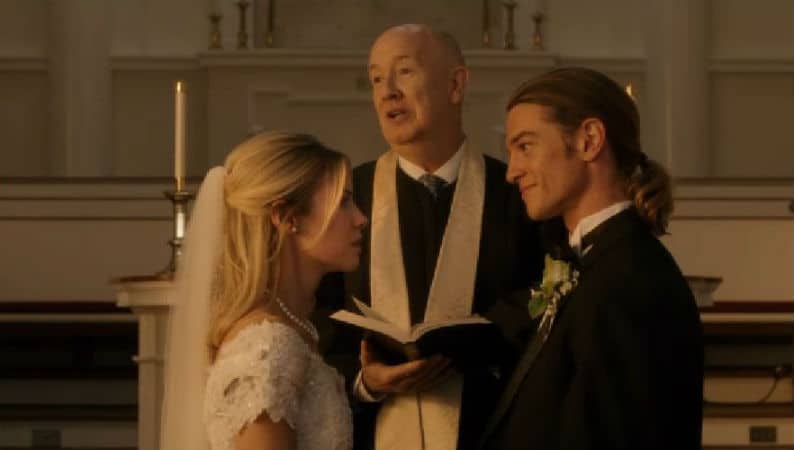 THE SETUP: Becca goes back in time 20 years to 1995 to the morning of her first wedding.

VH1’s new time traveling romantic dramedy Hindsight takes you on a fun, nostalgic trip to the ‘90s asking a simple question: What would you do if you could travel back in time and do it all over? Would you make the same choices? Or would you make different ones creating a whole new path for your life? In short, what makes this show a success is that besides being very entertaining with fun pop culture throwbacks is that it makes you look at your own life wondering “what if?”

Hindsight tells the story of Becca, who on the eve of her second wedding, travels back in time twenty years to 1995 on the morning of her first wedding. In the present, she is divorced from her handsome first husband and is now marrying the nice guy she grew up with while her mother talks about her behind her back. Then there’s the whole fact that she hasn’t talked to her best friend Lolly in ten years over a quarrel. With doubts about her own life, she bumps into a nice guy on the streets who quotes an old Buddhist proverb about accepting your life in the present. Something mystical is clearly afoot. Before you know it, Becca falls asleep on the elevator and wakes up in the past. 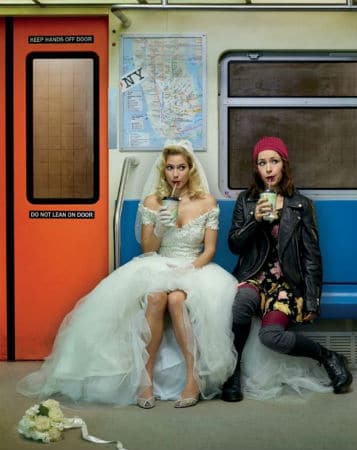 It’s in the past we learn just how much Becca was in love with her first husband, Sean. He’s charming, sexy and obviously very in love with her. But he’s also moody and insecure, which causes them to eventually divorce years later. But here, she has a new choice to make (with the help of her once best friend Lolly – who now STILL gets to be her best friend because this is years before their quarrel). Should she go through with the wedding to a man she obviously still loves and give it a second chance? Or should she make a different choice? You find out what direction she takes by the end of the episode, but I won’t give it away. However, it should make for a fun series.

The characters were believable and enjoyable to watch with charismatic actors stepping in to play the parts.

I found the script funny and emotional with a lot of heart. The characters were believable and enjoyable to watch with charismatic actors stepping in to play the parts. Not only that, the show has an addictive quality which makes me a little sad it’s not on Netflix to binge watch. Hindsight reminds me of a feel good John Hughes film from the ‘80s mixed with 13 Going on 30 and Big. Not to mention the very similar Canadian series Being Erica.

The pilot wasn’t without its flaws, however, as it was unclear in the episode as to how “old” Becca really was. I finally figured out she was near 40, so in the past she’d be 19-20 years old. But since the actress looked to be in her early thirties, I was a little confused at first as to the ages of all the characters. So it takes a little bit of suspension of disbelief when she time travels back twenty years and most everyone looks pretty much the same.

That all said, who really cares? The show is good fun to watch with a lot of romance, comedy, interesting characters and more. But what really sells the show is the setting. The series takes you to the ‘90s and reminds you of what it was like back then and how times have changed since. In all, I definitely think Hindsight is a show everyone should check out, especially if you remember the ‘90s and feel like stepping back in time for an hour each week.

What did you think of Hindsight? Let me know in the comments!

Our romance-themed entertainment site is on a mission to help you find the best period dramas, romance movies, TV shows, and books. Other topics include Jane Austen, Classic Hollywood, TV Couples, Fairy Tales, Romantic Living, Romanticism, and more. We’re damsels not in distress fighting for the all-new optimistic Romantic Revolution. Join us and subscribe. For more information, see our About, Old-Fashioned Romance 101, Modern Romanticism 101, and Romantic Living 101.
Pin this article to read later! And make sure to follow us on Pinterest.
By Amber Topping on January 8th, 2015