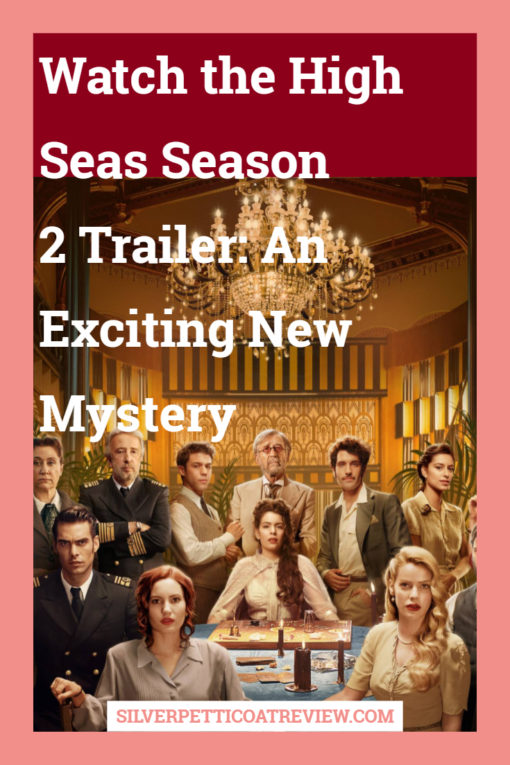 Did you fall under the spell of High Seas, the addicting Spanish period drama? If so, we have some great news. Netflix has released the season two trailer and key art for what looks to be an exciting second season. I know I can’t be the only one in anticipation of the next chapter of this super thrilling and romantic mystery series.

High Seas – What It’s About

For those who still haven’t checked out High Seas on Netflix, let me clue you in to why you should. Now, not only does the show come from the Grand Hotel creators, but High Seas is also just a great show all around. If you love Agatha Christie-style mysteries and old-fashioned romance, you’ll love it.

The story is about two sisters who set out to sea on a cruise ship soon after WWII. Once onboard, mysterious deaths pop up on the boat, and they don’t know who to trust. And, of course, there’s plenty of romance to keep hearts swooning throughout the investigation into their family’s secrets. There’s melodrama, love, action, and murder. Basically, nonstop intrigue that keeps you on the edge of your seat.

Season 1 is already available on Netflix.

“Halfway between Spain and Rio de Janeiro, Bárbara de Braganza is forced to divert its course to save a group of people whose ship has sunk. But with the arrival of the shipwrecked, a series of inexplicable events will begin to take place on the ship. A supernatural world directly linked to one of the new arrivals; Eva and Carolina will have to open their minds and rethink everything they believe in order to solve the mystery of what is happening on the ship. A mystery that will lead them to ask themselves… Is there something more beyond this?“

Thankfully, we won’t have to wait much longer for the new season! High Seas season 2 premieres on Netflix November 22, 2019. Enjoy! And if you want to watch the trailer with subtitles, you can stream the trailer on Netflix by signing into your account.

Are you excited to watch the second season of High Seas? What do you think about the new, supernatural twist? Sound off below…