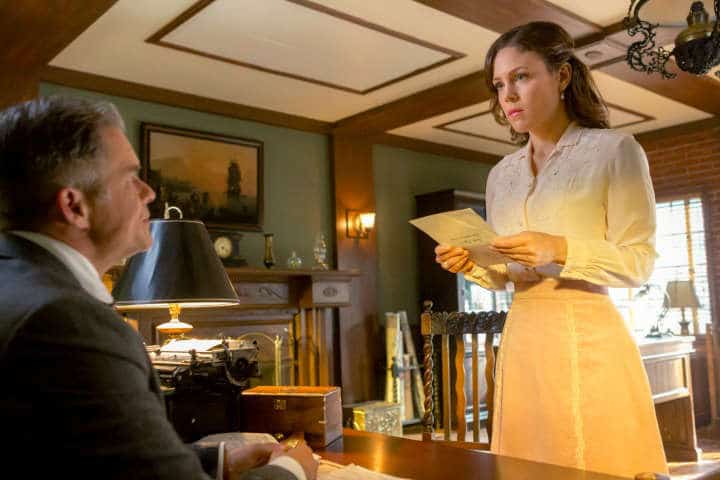 When Calls the Heart, Heart of a Teacher Recap

With the start of a new week around the corner, Sunday nights are perfect for staying in as we unwind while checking in with our favorite TV shows. Or that’s my philosophy. Sunday nights on Hallmark Channel invite us back in time and introduce us to a spunky schoolteacher and her Mountie sweetheart.

RELATED | When Calls the Heart, Change of Heart Recap – Matchmakers and Troublemakers

The latest episode, “Heart of a Teacher,” spins our characters’ hearts in a directional turmoil. From one character reaching a crossroads to another facing the loss of a dream, this fifth episode is all about the character arcs. But what results and decisions everyone will make has yet to be determined.

Let’s jump into our recap of “Heart of a Teacher.”

Everything is set in motion when Elizabeth storms into the newly (re)appointed Mayor Gowen’s office. When he tells her the reason behind her unceremonious firing, Elizabeth’s past becomes a bother. The reason she has been fired ties to a letter from Superintendent Higgins. The man is a menace from Elizabeth’s past, a man who made a pass at her which she rejected. As retribution, he is now claiming her family bribed him to procure a teaching position for Elizabeth.

Fortunately for her, the town including Abigail and Rosemary and eventually, the children (who walk out of their strict teacher’s class!), rally around her. She has the support of an entire close-knit family behind her, but the fact remains. She has to clear her name. 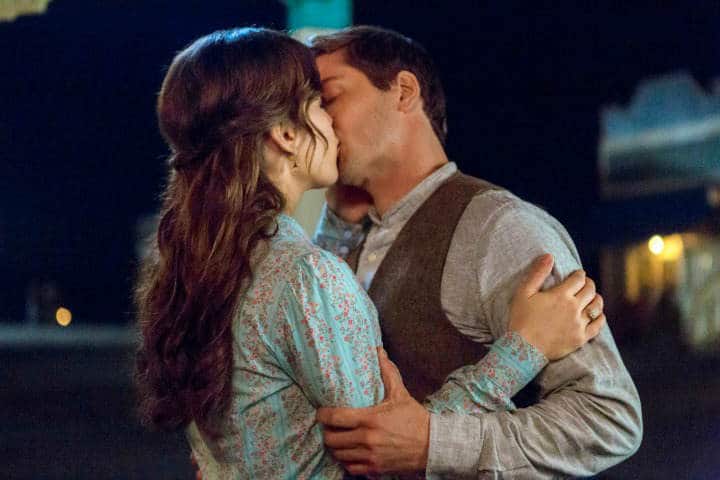 In the wake of her dismissal, Elizabeth decides that to resolve this conflict she must confront Higgins. Since Jack is occupied with the transfer of his prisoners, it’s Abigail who acts as Elizabeth’s travel companion. Saying goodbye to Jack, even for a short period of time, is difficult for Elizabeth. But it’s the promise of his being there when she returns that makes it easier.

Once she and Abigail arrive in the city, it’s straight to Higgins’ office Elizabeth goes! He won’t be swayed unless she’s willing to “reconsider her feelings.” Naturally, she is not. She leaves with words of pity for this unhappy man.

Back in Hope Valley, the status of Elizabeth’s job hasn’t changed. What has is the well-being of her students. None are happy with their by the book new teacher; not even Elizabeth’s impassioned speech will sway him. Best efforts go unanswered and at the end of the day, Miss Thatcher is still not the teacher.

While the script is heavy on Elizabeth’s challenges, which are many, our curiosity of Carson Sheppard grows. He stands up for Faith when she receives unwanted attention from the suave railway exec, Wyatt. However, before she can thank him for his gallantry, he’s gone. What terrible or scarring secrets do you suppose this stranger is hiding? I suspect, as interviews with Paul Greene attest to, his character is going to play an interesting part in one or more characters’ lives.

Meanwhile, while Elizabeth works to clear her name, Jack begins to think about a change. (See, I had a hunch this story was around the bend.) He learns that the North is in need of volunteers. A losing battle wage, and without every reinforcement and experienced Mountie, lives will continue to be lost.

We are left with the impression that Jack plans to leave Hope Valley to be a part of the fight. It affects him. So much so that Elizabeth notices something is bothering her beau. As the episode concludes, Jack receives a telegram that his friend, Doug (from last week) has been killed in action.

A preview for next week promises an “emotional” episode. In it, we see an emotional Elizabeth collapse (could this be in response to Jack leaving?), Abigail hand her a letter and a moment full of candlelight that I suspect will be a standout romantic moment. What will it all entail? For that, we’ll have to tune in for next Sunday’s ‘My Heart Will Go On’ episode to learn what’s next!

What did you think of “Heart of a Teacher?” Do you like the direction the show is going? And if Jack does leave, what do you think this will mean for him and Elizabeth? Sound off below!

Our romance-themed entertainment site is on a mission to help you find the best period dramas, romance movies, TV shows, and books. Other topics include Jane Austen, Classic Hollywood, TV Couples, Fairy Tales, Romantic Living, Romanticism, and more. We’re damsels not in distress fighting for the all-new optimistic Romantic Revolution. Join us and subscribe. For more information, see our About, Old-Fashioned Romance 101, Modern Romanticism 101, and Romantic Living 101.
Pin this article to read later! And make sure to follow us on Pinterest.
By Rissi JC on March 20th, 2017