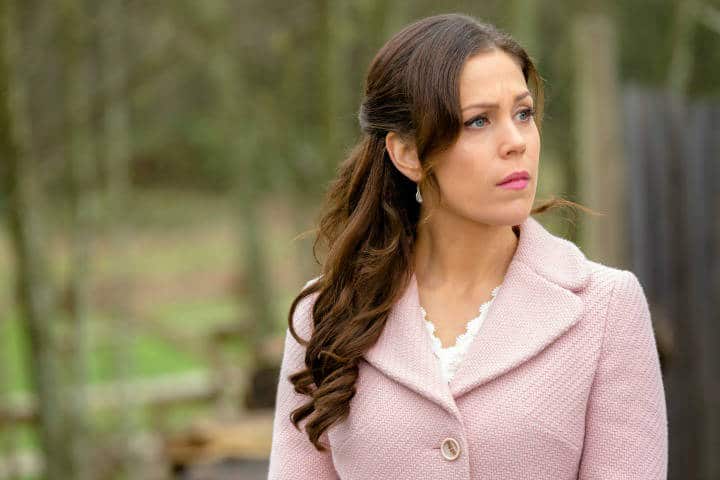 Well. After last week’s episode of When Calls the Heart, the fan base, otherwise known as “Hearties,” deserve a bit of “breathing room,” a chance to exhale. Thankfully, the writer’s gift us this with an episode that’s equal points tender and humorous.

RELATED | When Calls the Heart, My Heart Will Go On Recap – Partings and a Standout Romantic Moment (Worth Waiting For)

“Healing Heart” begins with a reflective Elizabeth writing in her journal while visiting the land Jack bought. To quote Charles Dickens, she tells us she’s living the best of times as she anticipates her future. Simultaneously, on this glimmer of hope she clings to, in Jack’s absence (and lack of letters), her fears mount in these, the worst of times. To distract her, Elizabeth soon finds the arrival of two new students that need the attention of someone who cares.

Into her school room walks two boys with the last name, “Wyatt.” Though the infamous Ray Wyatt (the do-gooder-turned-villain) is not their father, he is their uncle. Naturally, with the power that comes with the Wyatt name, the boys seem to think they have free reign over their fellow classmates. 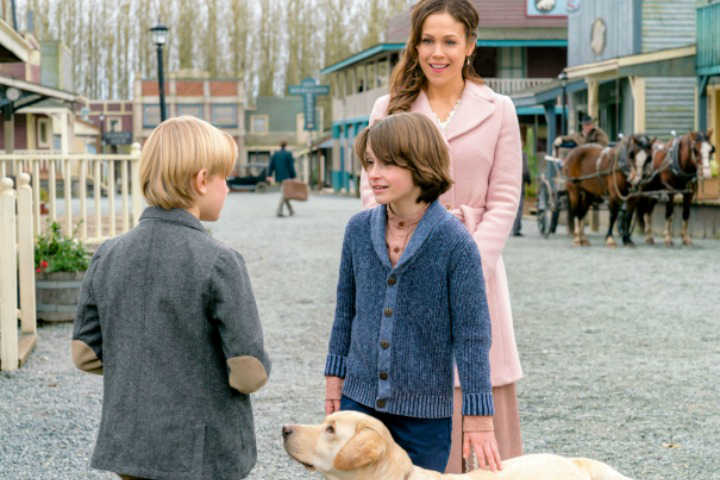 The boys, who say their mother is dead while their father travels for work, bully the young Opal and engage in a kerfuffle with Cody. Not to be outwitted, Elizabeth sets about determining how to break through. She makes progress with the younger brother, but the elder, Earl is hiding something.

Elsewhere, Abigail’s business dwindles in the wake of the railway’s plans to provide meals for workers. This places her business in jeopardy, but with the help of friends and her new employee, Carson, she just may stand a chance.

It’s a take-Rosemary-to-work week at the Coulter house. Lee comes down with a case of laryngitis which means he loses his voice. Devoted wife she is, Rosemary volunteers to go to work with Lee and speak for him. After all, she knows what and how he thinks. After she boggles work deals (a promotion for the ambitious Jesse being one of them) and shovels “motor oil” tea down Lee’s throat, the virus catches Rosemary. Delighted to have regained his voice, Lee looks forward to returning the favor. Top on his list? Helping Rosemary with her negotiations as Florence’s dress shop designer. 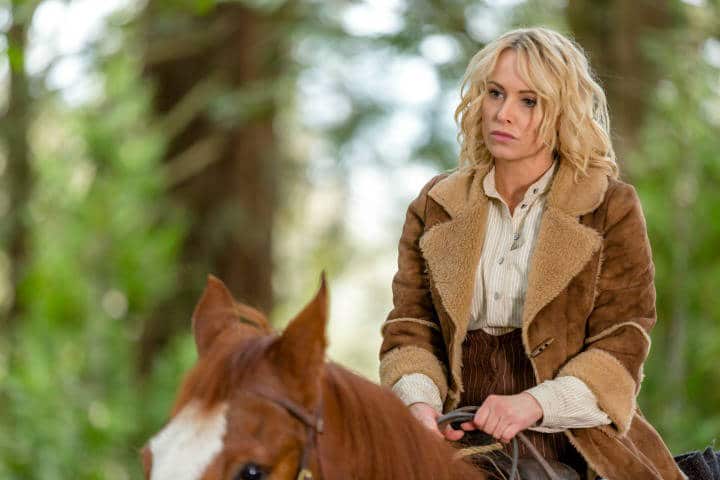 Acting in his capacity as Hope Valley’s sheriff (in Jack’s absence), Bill finally gets a lead on the witness they need to put Gowen back in prison. He’s driven to return with Mr. Foster, only when he reaches the secluded hideout, he learns that the witness is in fact, a Miss Foster (guest star Josie Bissett).

She accepted a payment to recant her testimony (following a threat to her mother) and is now hiding out under an assumed name. But the one thing she is smart about is the evidence. That she kept. It’s buried she tells Bill, who insists she take him to it, or else he’s hauling her off to prison.

With little choice but to comply, the mismatched pair sets out to find the books. As the episode closes, a hired gun (by Wyatt) is in pursuit of them, leaving us on the edge of our seat and into next week’s episode preview…

Next week, at least two things are revealed. We get some new information about Jack. From the coloring Elizabeth’s face, it might not be good news. (Personally, I think these two will get their happy ending; I simply don’t see the writer’s breaking hearts with this pair.) From the looks of things, it also appears Carson reveals something about his past, but what? Will it be a connection he has to a Hope Valley resident? Is he spying on someone? Will he live us to his reputation and be the “good guy”? What are your theories? I suspect there is a purpose for his being in Hope Valley, meaning someone (or something) drew him here. His arrival isn’t random.

The preview also teases the possibility of an “on the run” romance between Miss Foster and Bill (a reunion of co-stars from Hallmark’s The Wedding March).

What are your thoughts on this week’s (less emotional) installment? How do you think Jack and Elizabeth’s story will end? Comment down below with your thoughts!

Our romance-themed entertainment site is on a mission to help you find the best period dramas, romance movies, TV shows, and books. Other topics include Jane Austen, Classic Hollywood, TV Couples, Fairy Tales, Romantic Living, Romanticism, and more. We’re damsels not in distress fighting for the all-new optimistic Romantic Revolution. Join us and subscribe. For more information, see our About, Old-Fashioned Romance 101, Modern Romanticism 101, and Romantic Living 101.
Pin this article to read later! And make sure to follow us on Pinterest.
By Rissi JC on April 3rd, 2017