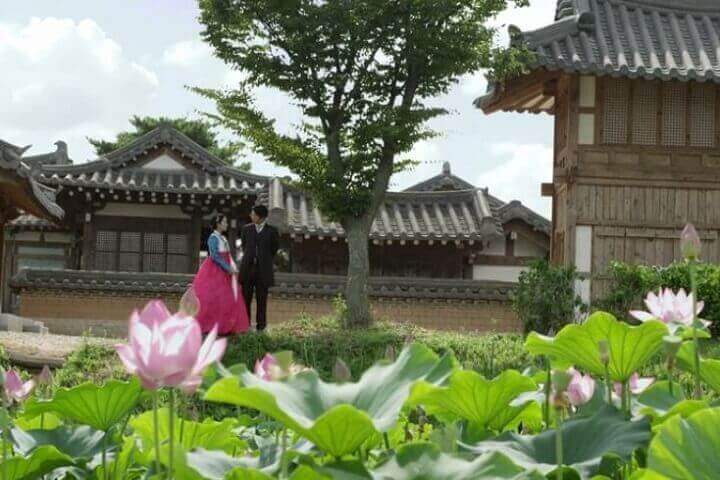 THE SHOW: Gunman in Joseon (Aka The Joseon Gunman)

THE EPISODE: The middle of Episode 9

THE ROMANTIC MOMENT: Hye-Won reveals her past as slave to Hanjo who tells her there is nothing to be ashamed of.

What makes this romantic moment between Hanjo and Hye-Won different from so many other Korean Drama romances is that it is between the lead – gotta love Lee Joon-Gi – and the second female lead (Jeon Hye-Bin, Another Oh Hye-Young) who has a strong storyline of her own. Not only is it fun to see Joon-Ki change his identities, the transitional time period adds a unique feel to the show. It’s the late 1800s and Japan is a hotspot of modernization and Western influence, which is why when Lee Joon-Ki returns as Hasegawa Hanjo, he wears a Western suit and tie amid the traditional Korean hanbok (Joseon-era clothing).

Hanjo could have been rude or demeaning to Hye-Won when she tells him the truth about her past. Instead, he offers affirmation and kindness. This romantic moment isn’t so much about passionate love, as it is a moment of deep respect. Hye-Won has certainly disguised her past well. She also has a quiet air of confidence and strength and she holds her head high. Her honesty shows how much she trusts Hanjo – little does she know, he hides a similar secret of his own.  This conversation is a glimpse into the kindness hidden beneath two formidable characters.

Park Yoon-Kang has returned to his homeland to clear his father’s name and free his sister from slavery. He escaped death and lived in Japan for three years. Now known as the Japanese businessman Hasegawa Hanjo, he is also a gunman and the source of many rumors among the villagers. Meanwhile, he is working with a merchant and his daughter, Hye-Won. One day, he notices Hye-Won is not herself and realizes she is upset about his sister – who recently went missing with the mysterious gunman.

THE ROMANTIC MOMENT – HANJO AND HYE-WON

Disguising his shock at Hye-Won’s revelation, Park Yoon-Kang quickly recovers Hanjo’s standoffish, flippant air, asking why anyone should bother worrying about a slave. Hye-won’s strong reaction startles him even more. She scolds him for saying such things. “Just because she’s a slave, her only life doesn’t deserve to be treated poorly.” 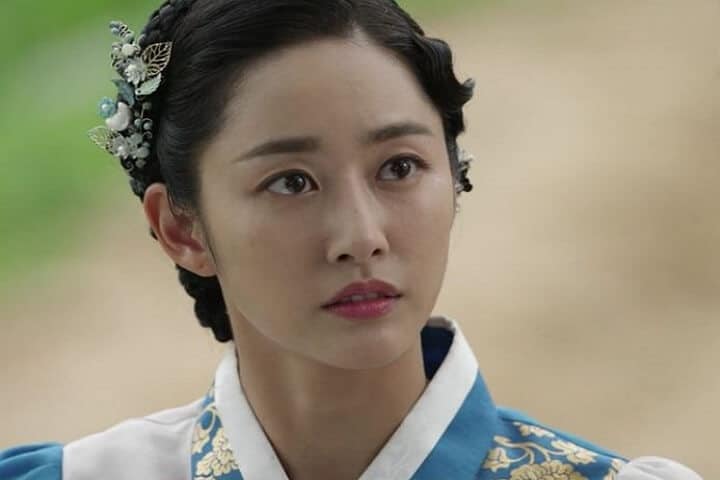 Caught off-guard at Hye-Won’s concern about his little sister, for a moment, he is not sure how to respond. Seeing how upset Hye-Won is, Hanjo quickly agrees, yet he is still wondering why Hye-Won, a woman of such noble stature, cares so much about the treatment of one slave girl. Her next reply tells him why. Hye-Won goes onto say she was once like that girl – a slave who was beaten and starved until she ran away. Coming out of her reverie, she looks embarrassed, telling Hanjo she wanted to keep her past hidden.

RELATED: Beyond the Mask – A Swashbuckling Adventure 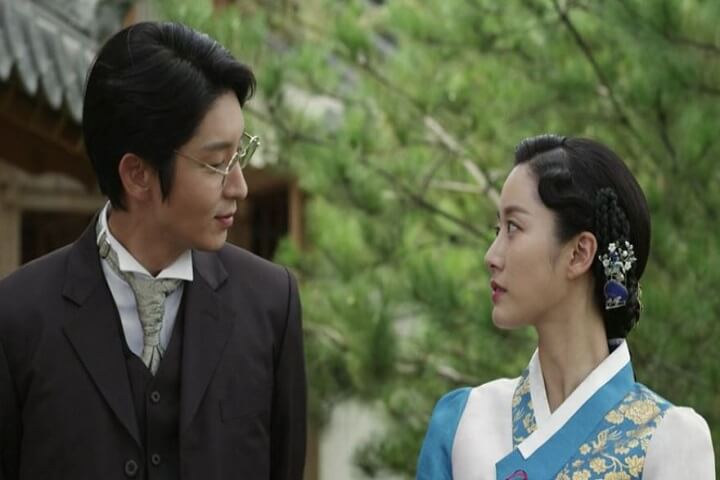 Hanjo comes beside her as we hold our breath, wondering how he will respond and protect his identity. He looks at her with a small smile and she returns his gaze. It is clear the admiration for each other has not changed – in fact, perhaps it has only grown. Hanjo’s own situation, and knowledge of what he is hiding behind the name Hasegawa Hanjo – the son of a “traitor” and a sister who suffered for three years in his absence – gives him a genuine understanding and compassion. He sincerely thanks her for her honesty, and replies: “You don’t need to feel embarrassed. Feeling embarrassed is for people who did something wrong. You didn’t do anything wrong, so there is no reason for you to feel embarrassed.”

“You should rather feel proud. You created your own destiny and now you’ve become a great woman.”

Hanjo reassures Hye-Won that the slave girl is probably safe and sound and tells her not to worry too much. If she only knew who Hanjo really is…

With these kind words, Hye-Won’s eyes light up and the scene ends.

Where to Watch: You can watch all 22 episodes on Dramafever and Viki.

Our romance-themed entertainment site is on a mission to help you find the best period dramas, romance movies, TV shows, and books. Other topics include Jane Austen, Classic Hollywood, TV Couples, Fairy Tales, Romantic Living, Romanticism, and more. We’re damsels not in distress fighting for the all-new optimistic Romantic Revolution. Join us and subscribe. For more information, see our About, Old-Fashioned Romance 101, Modern Romanticism 101, and Romantic Living 101.
Pin this article to read later! And make sure to follow us on Pinterest.
By Natalya Carpenter on August 12th, 2017