In my corner of the world, spring has finally arrived! With the arrival of nicer weather and a new month, there’s romance in the air. You see, June has become quite the popular month for weddings, which is understandable given all of the blooming flowers and that nice weather. This is something Hallmark Channel takes advantage of each year with their latest campaign. Today, we’re taking a look at the programs airing for Hallmark Channel’s June Weddings.

In this year’s lineup, you’ll see the following: There are five all-new originals, one reunites favorite co-stars, three are sequels, and two involve entirely new stories with new characters. I will confess, I wish this line up weren’t quite this sequel-happy, but I’ll also admit, I’m going to enjoy at least four out of the five. (The fourth falls in with a series I’ve not yet seen, so because of this, I may not be seeing it any time soon.)

Below we take you through the five romantic comedies you might want to RSVP early for. Oh, and make sure to clear some space on that DVR because my Hallmark intuition tells me these are going to be events you won’t wish to miss. Let’s take a look. 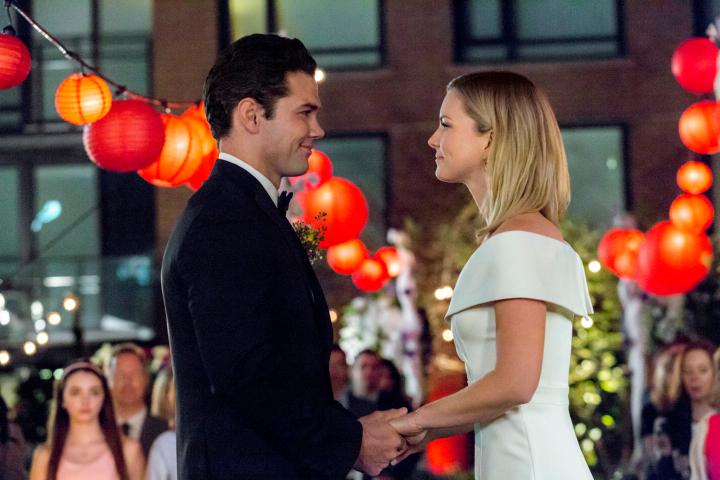 Ryan Paevey and Cindy Busby (Heartland) return in this follow up story to the 2016 film Unleashing Mr. Darcy, which was a contemporary re-telling of Pride and Prejudice. Like its title suggests, this script is set to follow Elizabeth and Donovan (aka Darcy) as they make wedding preparations. Plans soon spiral out of control which leads Elizabeth to second guess her choices. 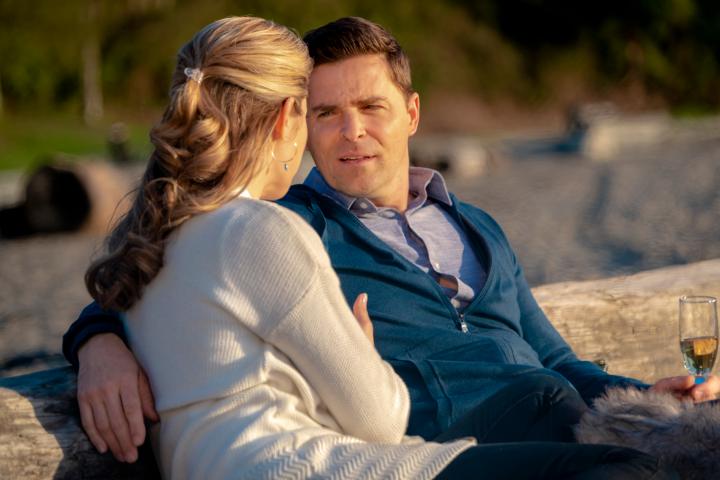 Because of its connection to When Calls the Heart, this might be the most anticipated film for many Hallmarkies. Pascale Hutton and Kavan Smith (the Coulters from When Calls the Heart) reunite in this sequel to The Perfect Bride. We follow Molly and Nick as they attempt to plan a dream wedding in a mere six weeks! To further complicate matters (as all good romantic-comedies do), Molly’s ex (the dude who left her at the altar!) unexpectedly shows up in her life.

A dance teacher (played by Becca Tobin) is tasked with giving a former Manhattan “Most Eligible Bachelor” (played by Niall Matter) dance lessons. All of which leads up to his upcoming society wedding. Of course, a romance is poised to blossom between the two, which complicates our bachelor’s impending nuptials. Love at First Dance is the only original not attached to another Hallmark film, and I must say, it sounds adorable.

Jack Wagner and Josie Bissett again team up for this fourth film in the Wedding March series. This time, an engagement party is in the works. But who for, and what surprises might await the happy couple?

The Wedding March series is the only one on this list I’ve not seen any prior installments. Because of this, it’s not a film I’m eager to see. Tell me fellow Hallmark junkies, should I remedy this problem? 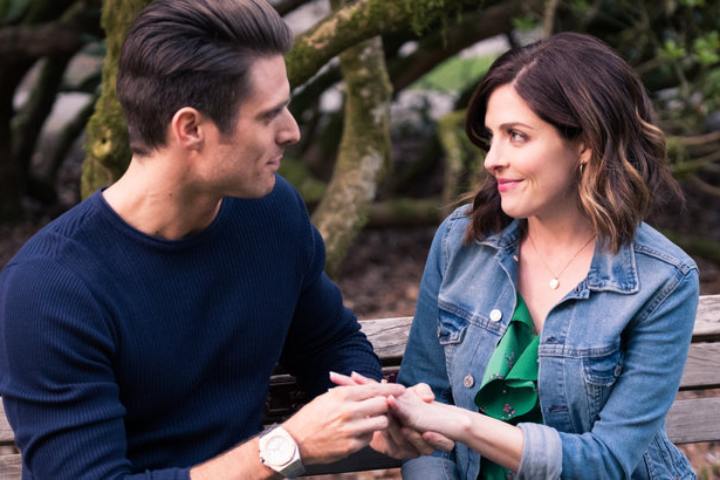 Hallmark adds a fifth film to their line up that stars fan favorite Jen Lilley in a kind of runaway bride type story. Jen plays a chocolatier who’s left her devoted fiance at the alter not once or twice but three times. This time around, he’s given up which means she’ll have to prove to James (played by Marcus Rosner, finally in a leading man role) she’s ready to say “I Do.”

Which of Hallmark Channel’s June Weddings films are you most anticipating? Have you seen any of the prior prequel films we talked about? What’s been your favorite Hallmark original so far this year? Sound off below with all of your thoughts on these cute romances.

Our romance-themed entertainment site is on a mission to help you find the best period dramas, romance movies, TV shows, and books. Other topics include Jane Austen, Classic Hollywood, TV Couples, Fairy Tales, Romantic Living, Romanticism, and more. We’re damsels not in distress fighting for the all-new optimistic Romantic Revolution. Join us and subscribe. For more information, see our About, Old-Fashioned Romance 101, Modern Romanticism 101, and Romantic Living 101.
By Rissi JC on May 31st, 2018