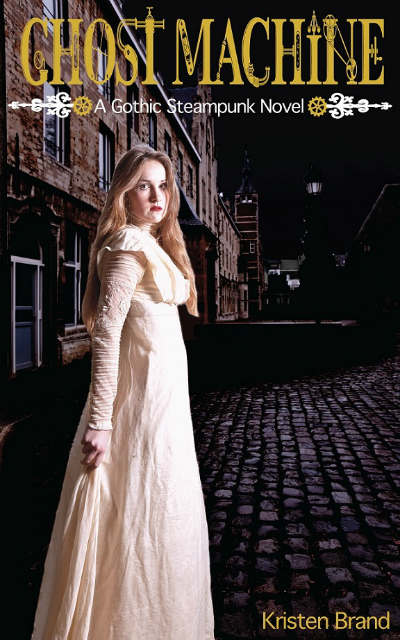 I love gothic romance. Haunted castles, a dark and enigmatic hero, the innocent heroine caught up in a web of secrets (and wearing a gorgeous period dress)—wrap it all up in a beautiful, creeping sense of dread, and you have a story that I’ll binge watch or read to finish. When I wanted to write a steampunk novel, Victorian gothic fiction was my inspiration. I could write about mad science, murderers, and haunted dirigibles, so really, how could I resist?

Taking inspiration from Dracula, my novel, Ghost Machine, is set in an alternate version of 19th century Transylvania. There are dark forests covered in ice and snow, quaint towns dating back to the middle ages, and mysterious iron automatons that roam the countryside. I couldn’t decide between a haunted asylum or haunted castle for the main set piece, so I went with both. I just needed some characters to terrorize—er, write.

A common stock character in gothic romance is the ingenue. According to TVTropes, the ingenue is a pure, innocent, sweet-natured girl who often becomes the damsel-in-distress. That’s not exactly what I wanted for my protagonist. Ghost Machine’s main character, Ella Rosenfeld, starts the story locked up in an asylum for her ability to see the dead. Being a rational young woman, she thinks the ghosts are hallucinations and is willing to be treated at the asylum if it will make them go away. Sure, she’s innocent, but she has more grit than your average ingenue. Once she uncovers the asylum doctor’s evil plot, she’s more than willing to stab him with a sharp object and hike all night through the frozen mountains to save herself.

When it came to Ella’s love interest, I went with the Byronic hero archetype, another staple of gothic fiction. My favorite gothic romance of all time is Jane Eyre (AKA the only book I loved reading in my high school English literature class), and Mr. Rochester is a classic Byronic hero. I wanted something similar for my character, Baron Viktor Szarka. He’s proud, cynical, rarely smiles, and Ella spends most of the novel unsure if he’s really trying to help her or is part of the asylum’s conspiracy. His backstory is complicated and can’t be revealed without spoilers, but he toes the line between being a hero and a villain. Plus, he’s a crack shot with a steampunk lightning gun.

I call Ghost Machine a blend of steampunk and gothic romance, but really, it’s a mix of a lot of things. It’s about death, family, and logic in the face of the unexplainable. There’s supernatural horror in an isolated asylum and a thrilling airship battle in the skies over Europe. My philosophy has always been to write the type of book I’d want to read, and Ghost Machine is exactly that. If you like creepy asylums, slow-burn romance, and heroines who hide knives under elaborate Victorian gowns, then it might be the book for you too.

Ella Rosenfeld is a lunatic. Locked away in the remote Auttenberg Asylum, she undergoes torturous treatment to cure her hallucinations. Yet the longer she remains within Auttenberg’s austere halls, the more gruesome her visions become, until Ella is sure she’s seeing ghosts and Auttenberg’s doctor knows it. He doesn’t plan to cure her; he wants to study her ability by dissecting her.

Ella refuses to accept her fate. She assaults her captors, scales the asylum fence, and finds sanctuary in the castle of Baron Viktor Szarka. Young and arrogant, the baron offers her protection, but he’s rumored to have locked a woman in the asylum to hide his dark past. Unable to trust him, Ella must uncover the conspiracy surrounding the asylum, her visions, and the baron’s secret…or join the rest of Auttenberg’s ghosts. 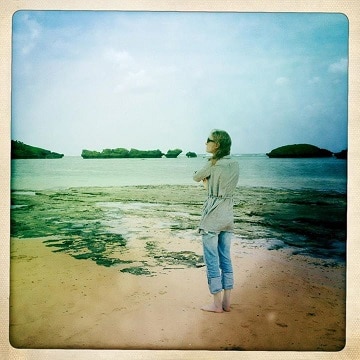 If Kristen Brand could have any superpower, she’d want telekinesis so she wouldn’t have to move from her computer to pour a new cup of tea. She spends far too much time on the internet, and when she’s not writing, she’s usually reading novels or comic books. You can find out more about her work and read her free online serial at kristenbrand.com.

Our romance-themed entertainment site is on a mission to help you find the best period dramas, romance movies, TV shows, and books. Other topics include Jane Austen, Classic Hollywood, TV Couples, Fairy Tales, Romantic Living, Romanticism, and more. We’re damsels not in distress fighting for the all-new optimistic Romantic Revolution. Join us and subscribe. For more information, see our About, Old-Fashioned Romance 101, Modern Romanticism 101, and Romantic Living 101.
Pin this article to read later! And make sure to follow us on Pinterest.
By The Silver Petticoat Review on January 20th, 2017