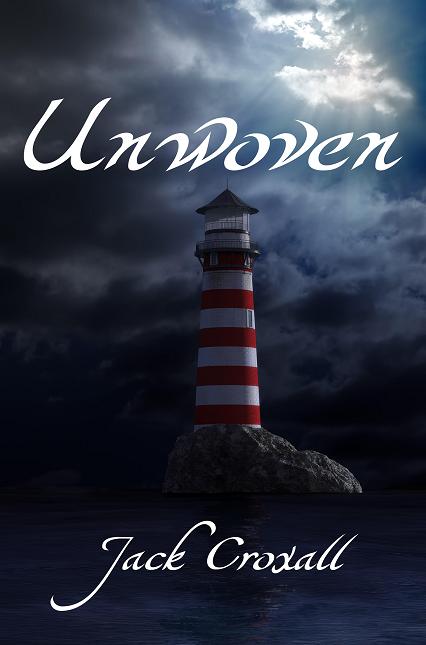 I was very lucky with my first novel, Tethers. It gained thousands of downloads, received hundreds of lovely reviews and it even topped an Amazon best-seller chart – ‘Steampunk’. But I have a confession. When I first published Tethers, I had no idea what steampunk actually was.

I’d never heard the word until readers started using it in their reviews, and, in the end, I had to Google the term just to find out what it meant. However, after a bit of research, I had lots of fun delving into some exciting steampunk books and watching some crazy steampunk films too. For anyone still a bit lost, here is a rough overview of the genre:

Steampunk is a sub-genre of sci-fi and fantasy typically featuring steam-powered machinery, often in a setting inspired by or relating to the industrialised 19th century.

Obviously, my steampunk confusion meant that it wasn’t me who put Tethers into the steampunk category on Amazon. But, somehow, it ended up there (tagged by a helpful reader or by some Amazon boffin perhaps?) and before I knew it, the book was at #1! Great right?

Well, that little triumph didn’t come without its problems; I was already well into writing the second book in the series, Unwoven, and there is no sinister, steam-powered machine in that book like there is in Tethers. In fact, Unwoven is probably a lot closer in style to a typical historical fiction novel. Is that a problem? Well, if I’ve built up a significant steampunk readership, then I wouldn’t feel too great about myself if I let them down, so possibly!

Next, it was panic stations as I frantically debated whether I should go back to the drawing board and transform the entire plot into a more steampunk-y one. In the end, I decided not to. I realised that, in discovering steampunk for myself, I’d found an awesome new genre to get excited about and enjoy. I thought, most readers are like that, right? They want to read lots of different, exciting stuff just like I do. And so Unwoven is pretty much as I initially imagined it, missing sinister machinery and all. 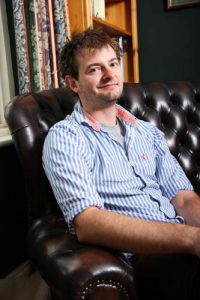 Born in High Wycombe, Jack Croxall now lives in rural Nottinghamshire with his chocolate Labrador, Archie. He has a degree in Environmental Science from the University of Nottingham and currently toils away as a science writer in between working on his books.

Read our interview with Author Jack Croxall of Tethers

Check out our review of Jack Croxall’s Tethers!

Our romance-themed entertainment site is on a mission to help you find the best period dramas, romance movies, TV shows, and books. Other topics include Jane Austen, Classic Hollywood, TV Couples, Fairy Tales, Romantic Living, Romanticism, and more. We’re damsels not in distress fighting for the all-new optimistic Romantic Revolution. Join us and subscribe. For more information, see our About, Old-Fashioned Romance 101, Modern Romanticism 101, and Romantic Living 101.
Pin this article to read later! And make sure to follow us on Pinterest.
By The Silver Petticoat Review on February 24th, 2014