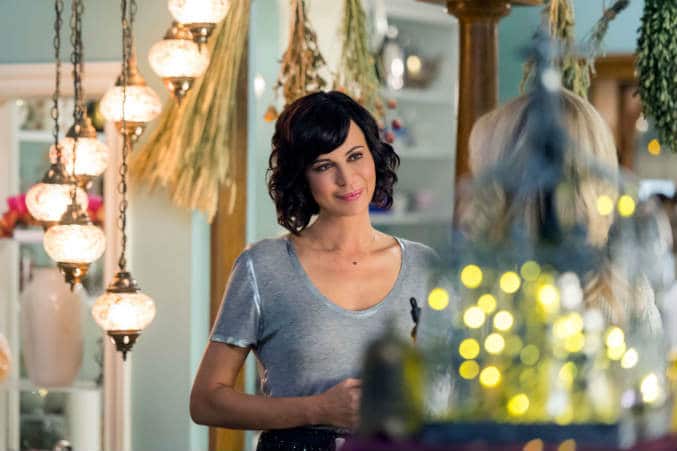 Each time I sit down to watch something from Hallmark Channel I am dependably left in a state of happiness. The second season of their popular series, Good Witch premieres tonight and with it more charm that while magical is anything but dark. 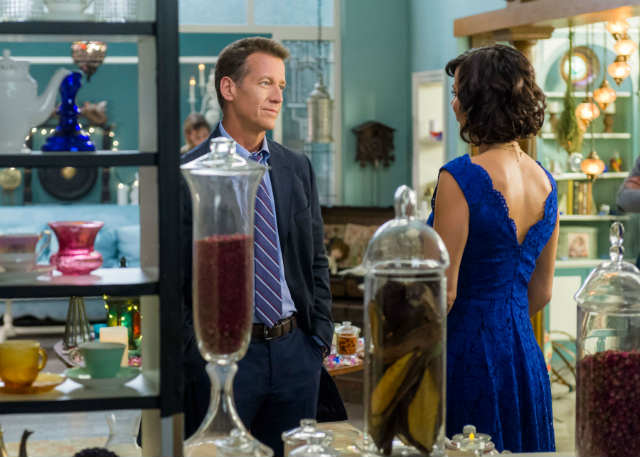 Episode one (“Second Time Around”) picks up with Cassie Nightingale (Catherine Bell) figuring out how she and her neighbor, Dr. Sam Radford (James Denton) fit together as a couple. He’s a new Middleton resident who moved to the town a year after Cassie’s husband died. Since then, Cassie and Sam’s friendship blossomed into something more. But Sam’s ex-wife, Linda (Gabrielle Miller), has decided to move to Middleton for the sake of their son, Nick (Rhys Matthew Bond), which complicates things. Then there is Cassie’s 15-year-old daughter, Grace (Bailee Madison), who is slowly inserting her own sense of freedom which includes learning how to drive. 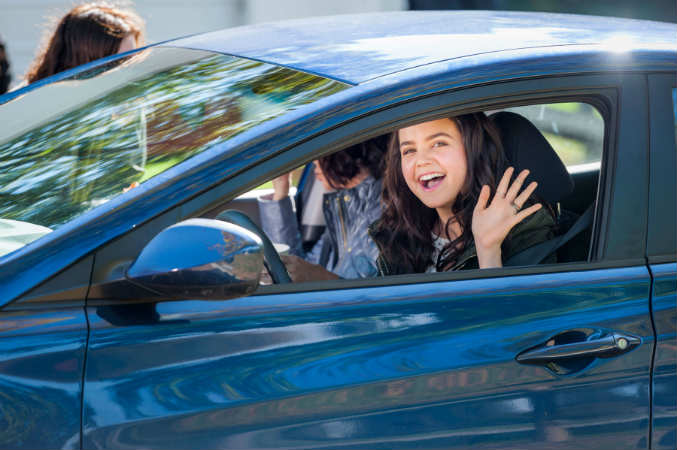 Pure and simple, The Good Witch is a family-friendly show that’s a delightful piece of television; all platforms that are a rarity in today’s society. The cast is headlined by veteran TV actress Catherine Bell who many might remember from the likes of Army Wives or the long-running JAG. She plays the titular character with a lot of smarts and perspective while also affecting some mystery. Joining her is the familiar young actress Bailee Madison; no stranger to Hallmark productions, Bailee has also appeared in blockbuster films and reoccurs in Once Upon a Time as young Snow White. Grace is a wonderful character that Bailee easily fits the mold of while making her own persona. The supporting cast includes Denton, Catherine Disher (Forever Knight), and Kylee Evans are also to be complimented.

The Good Witch began as a film franchise for Hallmark before they developed it for television. With that, some changes had to be made like writing out Cassie’s husband, Jake (who appeared in all seven of the films) because the actor had scheduling conflicts. In the first season, adjusting to this drastic change is no easy task especially for those of us who were aficionados of the films, but distance and a second season has lessened that regret and been replaced by good things. The easy-going stories and cast have made this work as a television series, even with the missing cast members. The writers find a balance each time between lighthearted silliness (like the dramatic mayor losing her voice on the eve of an important speech) to some material with more depth (Cassie sensing when there’s friction in a relationship).

Beyond Cassie and Grace, Sam and Linda, there is also Cassie’s stepson, Brandon and his wife, Tara who play a small role in this first episode as well as Cassie’s cousin, Abigail and her friend, Stephanie. Those of you who have been with this from the beginning will appreciate all of these nostalgic touches that pay homage to its origins while still creating a new sort of niche for itself. If you like Hallmark’s other series or wholesome television shows, watching Good Witch might be something worth adding to your TV binge-watch list. It’s as charming as its leading character is.

Content: apart from some minor innuendo between a married couple, the first episode (and the show in general) contains no adult material. The show is rated TVPG.

Read our list of Fifteen Hallmark Hall of Fame Films to Watch. Plus visit our TV review archives to see what else we’re watching.

Our romance-themed entertainment site is on a mission to help you find the best period dramas, romance movies, TV shows, and books. Other topics include Jane Austen, Classic Hollywood, TV Couples, Fairy Tales, Romantic Living, Romanticism, and more. We’re damsels not in distress fighting for the all-new optimistic Romantic Revolution. Join us and subscribe. For more information, see our About, Old-Fashioned Romance 101, Modern Romanticism 101, and Romantic Living 101.
Pin this article to read later! And make sure to follow us on Pinterest.
By Rissi JC on April 17th, 2016