Florence Foster Jenkins is a biopic starring Meryl Streep, Hugh Grant and Simon Helberg, directed by the awarding-winning British director, Stephen Frears. Frears has a slew of biopics to his name, including The Queen, Philomena, The Program, Mrs. Henderson Presents and on it goes. Suffice it to say, this is a genre in which he is sure-handed and highly competent, and that competency shines through in Florence Foster Jenkins.

Florence Foster Jenkins (1868-1944) was a wealthy American heiress, socialite and generous patron of the arts, who was infamous for her operatic singing talent or, rather, lack thereof. She was once called the anti-Callas and deemed so exquisitely bad that it was rather entertaining. Cole Porter, the legendary Broadway composer and songwriter, reportedly almost never missed a performance. Yup, seems like a woman ripe for a biopic.

RELATED: The von Trapp Family: A Life of Music (2015) – The Sound of Music Remembered by Agathe von Trapp

Florence Foster Jenkins follows the final year of the titular character’s life and the preparation for her final performance – 1944. Florence, played by the great Meryl Streep, is something of a ridiculous creature, an eccentric, old woman, whose immense wealth and privilege have allowed her to surround herself with sycophants. These are people, who are willing to ignore her false notes and sing her praises in the hopes of recompense in terms of donations, patronages, societal introductions, yeah, a slice of the proverbial pie.

Florence lives in a bubble, which her money and status have helped to create. Aiding and abetting in this bubble-building is Florence’s longtime companion, manager and apparent husband, St. Clair Bayfield, played by Hugh Grant. Florence’s concerts and events are always private affairs, invite-only, with St. Clair carefully selecting the audience and liberally lining the palms of potential reviewers with lucre. Not surprisingly, Florence always receives standing ovations and glowing reviews.

St. Clair is something of an ambiguous character throughout the film. He is a two-bit actor, lacking in true talent, and one cannot help but wonder if he too has attached himself to Florence for less than noble and loving reasons. Their marital arrangement is an open one, meaning that he escapes the bubble every evening to live elsewhere with another woman. Everyone knows this, but everyone pretends otherwise. Still, St. Clair remains a very loyal and faithful manager and a tender and protective husband, indeed over-protective. 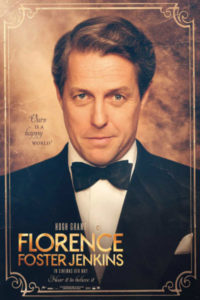 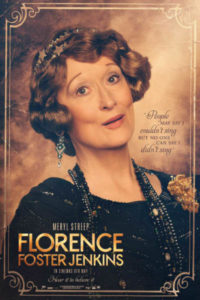 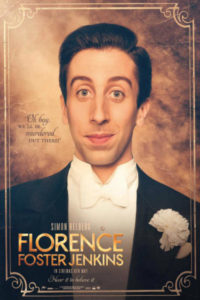 The Bubble Bursts at the Final Performance

Florence hires a personal pianist, Cosmé McMoon, played by Simon Helberg, who, as the ingenue, uninitiated as to the ins and outs of this strange, farcical bubble, is comedic gold by his very facial expressions. He is her less-than-enthusiastic accompanist for her many vainglorious recitals. And yet, he, too, finds himself sucked into the bubble, becoming protective of the lovably ridiculous Florence.

Cosmé and Florence write a song together, record it as a Christmas present to members of her club, but the record is leaked and suddenly being played on public radio. This “success” causes Florence to take matters into her own hands and book a concert at Carnegie Hall – her first and only public performance. She gives 1000 free tickets to WWII servicemen. St. Clair cannot control this crowd, cannot pay-off a sold-out house. He cannot protect her from those outside the carefully constructed bubble, who have nothing invested in always kowtowing and applauding Florence. People will guffaw. Critics will crucify. The bubble will burst. How will Florence react?

Meryl Streep received her 20th Oscar nomination for this role and it is well deserved. Florence is such a silly creature and it could have been easy to end up in a quickly dismissed farcical caricature. But it is to Streep’s substantial acting credit that we also see the gravitas and seriousness behind the silliness. Florence has her reasons for the fantasy world she has created – sad reasons, cruel reasons, life-threateningly grave reasons. The money and privilege don’t go away, but we gain insight into why she is as she is, and we feel pathos for this very silly creature.

The infidelity doesn’t go away either, but the parameters of St. Clair and Florence’s love are illuminated, and maybe, just maybe, it’s not for us to judge this relationship that’s defying conventional boundaries. Love – and love that lasts – is indeed a mucky business, full of compromises and allowances and sacrifices, yes, much giving and taking and accommodating.

Some may say that I couldn’t sing, but no one can say that I didn’t sing. – Florence Foster Jenkins

It’s hard not to end up loving Florence Foster Jenkins in all her operatic incompetence. For all her ridiculousness, she is a rather joyous soul, celebrating this human existence and singing loud and proud and completely out of tune.

Content Note: The film has a PG-13 rating for some brief suggestive scenes. There is also an adulterous relationship during the course of the film.

Have you seen the movie? What are your thoughts on Florence?

Our romance-themed entertainment site is on a mission to help you find the best period dramas, romance movies, TV shows, and books. Other topics include Jane Austen, Classic Hollywood, TV Couples, Fairy Tales, Romantic Living, Romanticism, and more. We’re damsels not in distress fighting for the all-new optimistic Romantic Revolution. Join us and subscribe. For more information, see our About, Old-Fashioned Romance 101, Modern Romanticism 101, and Romantic Living 101.
Pin this article to read later! And make sure to follow us on Pinterest.
By Jessica Jørgensen on June 10th, 2017