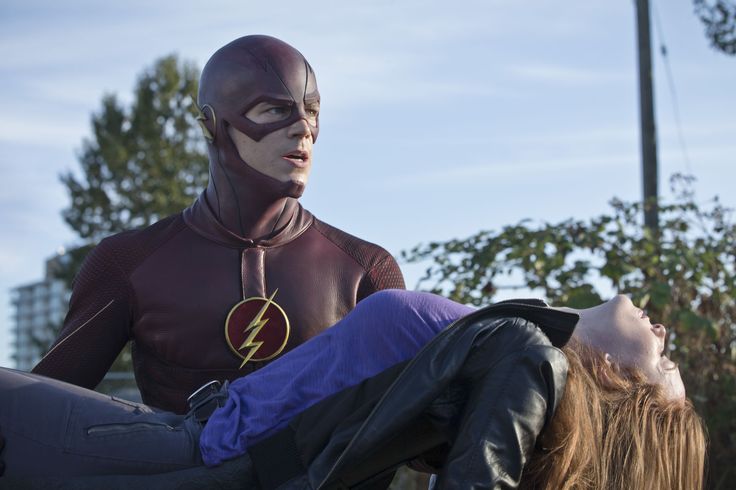 With exception to the trigger that is driving Barry Allen – his mother’s suspicious death, since its premiere, The Flash has been a systematic, episode-by-episode script that ends its story by every hour’s end and that is something I appreciate as a viewer – too many shows get plot arc heavy. This episode starts off with Barry, Iris and tagalongs Cisco (who by the way is still cleverly naming the meta-humans they come up against – and is quite proud of himself for doing so) and Caitlin out for a night of fun, drinks and darts. This is where things get interesting when Iris’ boyfriend Eddie gets a call about a bombing which disperses the whole gang, all of whom are protecting their own secrets.

The bombing call leads Barry to a high-rise building where his forensic expertise cannot pin down a bomb signature – leaving the police curious as to the origins of the bomb. Luckily, Barry garners a lead when he discovers a file that leads them to their red-haired bomber. Before they can process any more evidence, the army sweeps in led by General Eiling who demands the police quit investigating, taking with him all of the evidence they needed to solve the case, leading Det. Joe West to a suspicious conclusion with Dr. Wells already aware of just who General Eiling is and the lengths he’ll go to contain the situation. During their investigation, Barry catches up with the woman they discovered as the bomber only instead of bringing her in quietly, she gives Barry a preview of what her powers can do and blows up his suit.

Back at the labs, Cisco is enraged that his favorite suit has been blown to smithereens until he identifies the bomber as Sgt. Bette Sans Souci – developing a crush on their newest meta-human, Cisco decides it’d be nicer to help Bette than defeat her. Changed by the same event that gave Barry his powers, when he catches up to her a second time, he brings her back to the lab for testing, all of which reveals that Bette has no hope of reversing her powers. This causes her to lose hope of ever having a normal life and in a vulnerable state she is convinced by Harrison that her best play is to kill General Eiling.

When the gang learns Bette is missing, clueless to the fact that Harrison is behind her disappearance, Cisco tracks her location and Barry rushes to the scene of destruction – one in which Bette has unleashed a bomb that has incapacitated the unit of soldiers sent to detain her. Barry manages to convince Bette to stop this vendetta and that the fact she’s a soldier doesn’t make her a murderer, but all of this is for nothing when General Eiling gets the last word and fires an accurate shot that kills Bette (with her last breath she tries to warn Barry about Wells) causing her to self-destruct but not before Barry gets her to the water and away from the city. 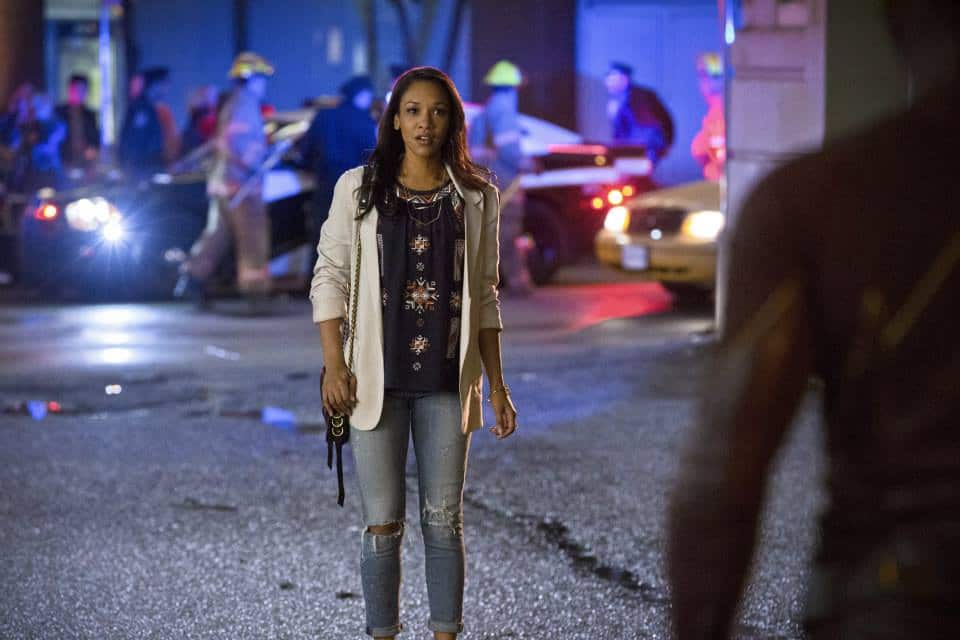 Though this episode is about a new meta-human coming to S.T.A.R. labs, really a lot of its focus is on friendships and the tests they go through. While, thankfully, it’s not much for the Eddie/Iris dynamic (I’m beginning to see why most fans find this relationship stiff and uninteresting), there are a lots of Barry/Iris-centric moments. It’s the first episode that Iris locks eyes with The Flash and that’s all she needs to further inspire her blog about “the streak.” When Barry cannot convince her to let go of this obsession – per Joe’s request, The Flash engages in a conversation with Iris who reveals to him that she’s doing all of this in order to help a friend (Barry) who believed the impossible since he was a child, only no one would believe him.

Near the end, Barry appears at the Allen house with one last plea to Iris to let go of her addiction to this phenomenon – hoping that by sharing his recent loss (Bette), but unable to tell her the real reason why he wants her to trust him Iris refuses. Unable to see her anymore when all they seem to do is fight, Barry suggests they take a break from seeing each other and reluctantly, Iris agrees. Though he’s oblivious to it, when Joe returns home for the night, it’s to a tearful Iris who in response to his query about her blog refuses to discuss it.

As every episode has, this one ends with a scene of Dr. Wells up to sinister things – or is he?! In this scene, there’s a brief in the present standoff between General Eiling and Wells when he appears at S.T.A.R. labs making a suggestion he and Harrison begin working together again, only Wells threatens Eiling which puts us into a five years earlier flashback where Wells is arguing with General Eiling over the methods he conducts experiments. We then see a caged beast with a nameplate that the camera sinisterly zooms in on. If I weren’t already suspicious of Wells, this cemented that nicely.

Cisco Ramon: What do you mean, it’s gone?

Barry Allen: It blew up, dude. I managed to get out of it before it went “kaboom.”

Stay tuned for next week’s recap of ‘The Flash is Born,’ but until then, what did you think of ‘Plastique’? Did you find anything interesting about episode five? What do you think is going to challenge Barry next? Let me know in the comments!

Our romance-themed entertainment site is on a mission to help you find the best period dramas, romance movies, TV shows, and books. Other topics include Jane Austen, Classic Hollywood, TV Couples, Fairy Tales, Romantic Living, Romanticism, and more. We’re damsels not in distress fighting for the all-new optimistic Romantic Revolution. Join us and subscribe. For more information, see our About, Old-Fashioned Romance 101, Modern Romanticism 101, and Romantic Living 101.
Pin this article to read later! And make sure to follow us on Pinterest.
By Rissi JC on November 12th, 2014