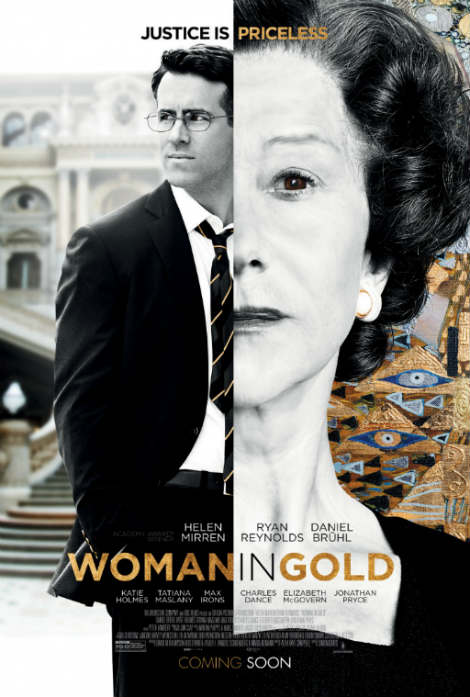 Every story has some remnant of truth embedded inside. Whether it’s a character a writer has poured parts of themselves into or an event integral to the story that is deeply personal to the writer. There’s always something buried in any story’s context. But sometimes it’s the stories that don’t hide their truths that are the most meaningful. This is true of Woman in Gold. A story about a young woman who lived through the Nazi’s stealing everything from her family.

Maria Altmann (played by the incomparable Helen Mirren) has just said goodbye to her sister, Louisa. Though she’s lived in America for decades, with the death of her sister, memories have stirred up. Maria is now ready to take back what was stolen from her many years ago by the Nazi’s persecution of her family. For this task, she winds up acquiring the skills of Randy Schoenberg (Ryan Reynolds). The son of her friend, Randy is in a bit of a bind himself. He has a family to support and needs a job. But something about Maria’s plight intrigues the hapless lawyer. Because of this, he agrees to help her navigate the legalities of her problem. She needs to know if she has a case to reacquire her family’s paintings, which are now hanging in a Vienna gallery. The one masterpiece she wishes for most is the portrait painted of her aunt, Woman in Gold. 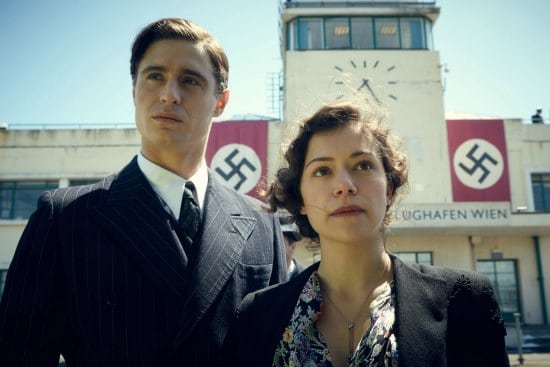 If this were more an idea of actual fact inspired by history (WWII and the prosecution of Jews) rather than a story about real people, Woman in Gold would still be an amazing film. Why? Because it found the right distributers, director (Simon Curtis) and cast to pull it off and put everything together. Journeying through Maria’s life in the present (1998, Los Angeles) and in the past was heartbreaking in many ways. I felt like the camera captured this beautifully. Both as a means of reflection with the present Maria and the woman she was in the 1940s. The narrative is told through alternating storylines, which wasn’t something I anticipated. I assumed the story was strictly about Maria’s legal battles to gain control of the property stolen from her. Instead, we are allowed glimpses into Maria’s life prewar and the harrowing chance she had to escape.

Like Helen Mirren, the rest of the cast is insanely impressive including Tatiana Maslany (Orphan Black), who plays a young Maria and Max Irons, who co-stars as her husband. Of course, Ryan Reynolds is also brilliant, proving by this role alone he can do more than the stereotypical romantic-comedy. Also starring, in lesser roles, is Katie Holmes, Elizabeth McGovern, and Charles Dance.

Bound to stir an emotional response in its viewer, much as I thought this film is a stunning achievement, I do have a few reservations. Minor though they may be, I’m going to briefly mention them. Building up to the conclusion, the script does a wonderful job slowly peeling away the layers of Maria’s past and the reasons behind who she is today. From the time she’s a little girl to her young womanhood, I felt like we sufficiently got to know her. But as the end wraps up, there are a few “loose ends.” It seemed like a few events or minor starting points were left dangling without finishing their lines 100%. This doesn’t distract from the message, rather it felt unusual given the emotional pull the movie demands we invest in its characters and story. 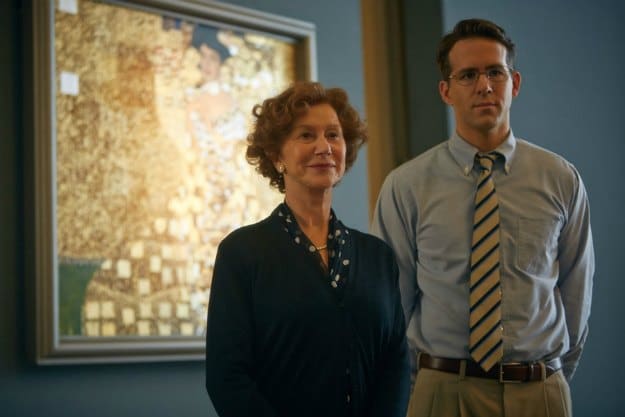 Probably the most accomplished storytelling characteristic of the film is the depictions of the Jewish people and what they went through in Austria during the War. Without being too graphic, we come to “understand” the horrors they were put through. The fear they lived with on a consistent, daily basis. They were stripped of their freedoms and ability to live as they would want. They’re treated nothing like the human beings they are and forced to live in seclusion (at first) and then much worse. Considering the limited time the writers had to show this kind of desolation, I was particularly impressed with the realism this backstory provided. Slow-moving without being dull, and purposeful with this method of storytelling, Woman in Gold is worth giving nearly two hours of your time to. Especially if you enjoyed films like The Queen (also starring Helen Mirren) or other biographical productions, then seeing this should be a priority. It’s about friendships and loyalty. It’s about courage and justice. All things we can learn from and admire in Maria Altmann. Her struggles may not be our own, but the idea of them still has a place in our lives.

What did you think of Woman in Gold?

Our romance-themed entertainment site is on a mission to help you find the best period dramas, romance movies, TV shows, and books. Other topics include Jane Austen, Classic Hollywood, TV Couples, Fairy Tales, Romantic Living, Romanticism, and more. We’re damsels not in distress fighting for the all-new optimistic Romantic Revolution. Join us and subscribe. For more information, see our About, Old-Fashioned Romance 101, Modern Romanticism 101, and Romantic Living 101.
Pin this article to read later! And make sure to follow us on Pinterest.
By Rissi JC on July 16th, 2015