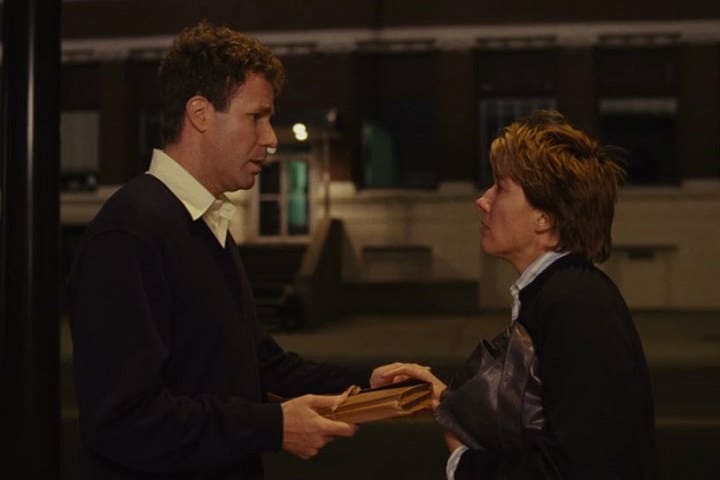 Stranger Than Fiction is a unique film about writing. Part fantasy, romance, drama, and comedy; there is much to offer from this unusual movie. A small quirky film that will especially appeal to writers. 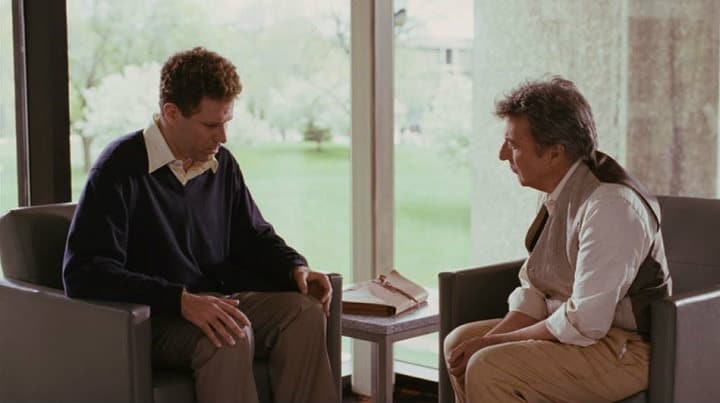 Harold Crick lives an un-extraordinary life, working for the IRS and having very little outside of his work. That is until he begins to hear a female voice (Emma Thompson’s) narrating his life. Convinced he is going mad, he visits a psychiatrist who, finding nothing wrong with him, refers him to a University Literature Professor. Together they narrow down a list and soon discover who it might be. There’s one problem. This author likes to kill off her main characters at the end. Harold has a choice; begin truly living his life in the time he has left, or try to find an author whom no one has heard from in over a decade.

Stranger Than Fiction stars Will Ferrell in a rare dramatic role which proves his talents as a serious actor as well as a comedic one. Emma Thompson is fantastic as the delightfully odd and dry-witted Karen Eiffel. Maggie Gyllenhaal does well as Anna Pasqual, a revolutionary Baker, bringing her usual warmth and depth to the character. Dustin Hoffman is tremendously likable as Professor Hilbert. Queen Latifah is good as Penny, Karen’s down-to-earth writer’s assistant. However, I feel that she could have been given more to do. Stranger than Fiction has a lovely, unusual sense of humour which admittedly won’t appeal to everyone. It’s not laugh-out-loud funny but it is quite amusing if you enjoy wit and how ridiculous human nature can be. There is a scene involving a guitar shop which is particularly memorable.

Stranger than Fiction is filled with a collection of little astute observations about the characters and human beings in general which I enjoyed immensely. This is another reason why writers should check this film out. The director also made interesting filming choices like using an overlaid graphic that visually represents Harold’s idiosyncrasies as the author comments on them.

As a writer, I enjoyed how well-structured the film was with excellent pacing and a perfectly handled build up to the conclusion. Whatever you may think of the film’s slightly more odd aspects, you are sure to leave this film with a smile on your face. 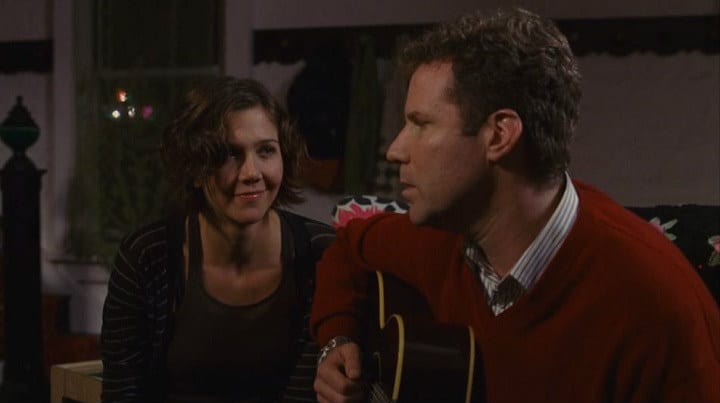 Stranger Than Fiction has an adorable, unlikely romance between Harold and Anna Pasqual, a passionate Baker whom he is auditing. Though initially hostile towards him, she is eventually disarmed by his honest, awkward yet well-meaning nature. There is a thoughtful and extremely heart-warming scene involving flours (not flowers) which romance lovers will enjoy.

All in all a sweet, funny film that I urge you to check out.

Content Note: PG-13 for some non-sexual background nudity in one scene and a few instances of profanity, mostly mild.

Where to Watch: Netflix UK, Amazon Video, and DVD.

Our romance-themed entertainment site is on a mission to help you find the best period dramas, romance movies, TV shows, and books. Other topics include Jane Austen, Classic Hollywood, TV Couples, Fairy Tales, Romantic Living, Romanticism, and more. We’re damsels not in distress fighting for the all-new optimistic Romantic Revolution. Join us and subscribe. For more information, see our About, Old-Fashioned Romance 101, Modern Romanticism 101, and Romantic Living 101.
Pin this article to read later! And make sure to follow us on Pinterest.
By Elinor Cackett on June 27th, 2017

4 thoughts on “Film Review: Stranger Than Fiction – A Unique Story for Writers”