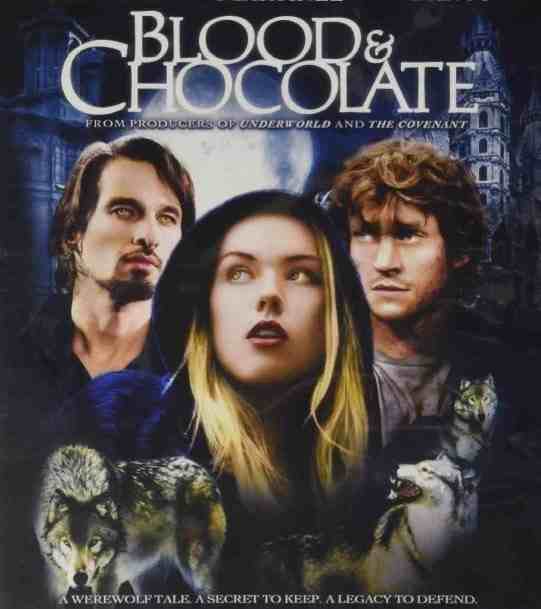 Blood and Chocolate is a paranormal fantasy film by Katya Von Garnier. From the producers of Underworld, it stars Agnes Bruckner and Hugh Dancy in a story of love, conflicting loyalties and freedom vs tradition. 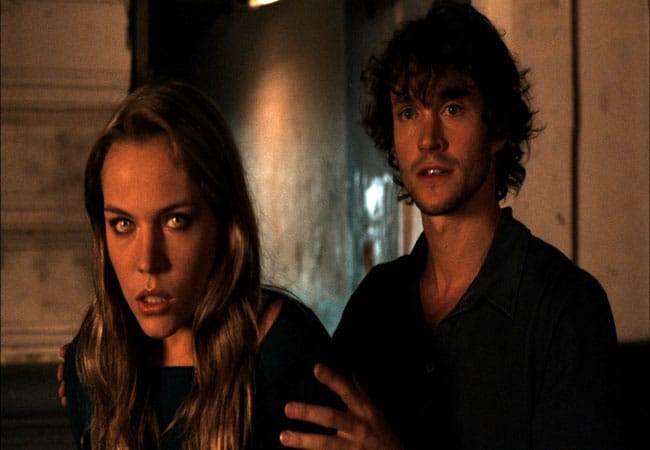 Vivian is Loups Garous, descended from a long line of werewolves. Her parents were killed by hunters when she was a child, making her wary of love and humankind. She lives with her aunt in Bucharest. The Loups Garous are secretive, forming a tight knit and dangerous underground network in the city dispensing their own particular brand of justice.  When a young American artist (who harbors a fascination with the supernatural) takes an interest in Vivian, he becomes entangled in her world. But Gabriel, their leader, has plans for Vivian. Soon she finds herself caught between pack loyalty and forging her own path to find love on her own terms.

The film is very well made; beautifully shot, suspenseful and intriguing.  The unusual but captivating soundtrack along with the unique look of its setting helps to inform the strong atmosphere throughout the film. It is an un-stereotypical take on the genre, drawing inspiration from old monster movies with their emphasis on atmosphere and an eastern European setting. The use of werewolf mythology is believable in the modern day setting and at no point feels fake or ridiculous. Much like real animals, the Loups Garous are not inherently good or evil; but apart from human society and dangerous when threatened.

The effects are simple and beautiful in the transformation scenes; using a blurring effect in combination with real wolves in a way that is surprisingly effective. It is a well-written film with believable characters, that does not always go where you expect it to. There are no clear cut good characters or bad characters, instead the film is simply about people who make their choices and have to face the consequences.

The chemistry between the two leads is a little flat at first but improves as the film progresses, especially during their conversations about the legends of Loups Garous. Though all of the parts were well acted with a healthy dose of moral complexity, it is Katya Riemann who delivers a particularly good performance as Astrid, Vivian’s aunt put in a terrible position by those she loves. The deleted scenes on the DVD provide more of an insight into her unfairly sidelined character. Bryan Dick is also good as the weak and borderline villainous but ultimately tragic Rafe.

This is a film which rises above its low budget and well-trodden subject matter to produce a sweet and interesting piece about embracing your instincts but not letting them define you. A thoughtful werewolf film more concerned with human nature, this film will appeal to fans of the paranormal romance genre especially if you enjoy forbidden romance. On a side note, while based on a YA novel, Blood and Chocolate is vastly different from the book and may prove disappointing to some fans.

What do you think of Blood and Chocolate? The paranormal love story? Do you prefer the book or the film? Sound off in the comments…

Our romance-themed entertainment site is on a mission to help you find the best period dramas, romance movies, TV shows, and books. Other topics include Jane Austen, Classic Hollywood, TV Couples, Fairy Tales, Romantic Living, Romanticism, and more. We’re damsels not in distress fighting for the all-new optimistic Romantic Revolution. Join us and subscribe. For more information, see our About, Old-Fashioned Romance 101, Modern Romanticism 101, and Romantic Living 101.
Pin this article to read later! And make sure to follow us on Pinterest.
By Elinor Cackett on July 14th, 2015