Sometimes bringing popular books to the screen works seamlessly with their original format, and other times, not so much. News that Lauren Kate’s novel, Fallen (a YA novel about angels), was to be adapted broke a few years ago. Since then, it slipped under the movie-making radar. Until now. With an on-demand release to its credit, fans of Kate’s story could finally discover Fallen in glorious HD.

In Fallen, something is wrong with Lucinda Price (Addison Timlin). She feels it every single time the “shadows” begin to overtake her. Defenseless against their power, these episodes have already resulted in tragedy. Not willing to take her medication because she doesn’t like the way it makes her feel, she’s left to wonder what’s wrong with her. Fearful for her well-being, and without the means to help her, her parents send her to the mysterious Sword and Cross academy. Nestled in a remote location, the Academy adheres to strict policies, including no cell phone use.

Immediately upon her arrival, Luce is instantly drawn to one student while being pursued by another. From the moment she meets Daniel (Jeremy Irvine), she feels an instant connection. She knows him from somewhere, but the handsome boy goes out of his way to avoid her. Then there’s Cam (Harrison Gilbertson), the resident “bad boy” she’s warned against. Amid her fellow students, students with mental problems or mysterious beings, legends of fallen angels reign. But as Luce discovers, finding the line between truth and lies isn’t so simple.

RELATED |  The Divergent Series: Allegiant – A Dystopian World of Rebels and Romance

This film completely took me by surprise. Though I went in with a positive impression (and the inkling Fallen would be entertaining), I didn’t expect much beyond this. Imperfect in some of the filmmaking, overall, this YA adaptation is one of the most interesting I’ve seen.

Before I go further into this, let me preface everything I say by mentioning I’ve not read the novel. Also titled Fallen, it’s a novel I’ve seen in my many years of book blogging, but haven’t ever picked up. Still, when I heard the film was being adapted, I was so swayed by its beautiful promotional images, I knew it’d be a must-see. Turns out the elegance of those “first impressions” is proven true.

Teen angst is alive and well in this script, which is all fine since that’s the kind of concept we anticipate with this story. What makes it strong is its gothic atmosphere. Though the story also lends itself to the “feeling” of being spooky, the way each of the scenes are styled makes this function nicely as an old-fashioned kind of story.

“I will always catch you when you fall.”

Overall, this film boasts a decided charming quality I cannot quite place. With exception to a few flaws (primarily with the effects and drama of its “epic” finale), Fallen is a stunning paranormal romance. The filmmaking is beautiful. I love the shadowy scenes that play with the light and darker shades of night. Colliding with this stylistic choice is the beautiful “castle” where the school is housed. The interior is equally stunning, though admittedly generally “warmer” than the outside, which is cloaked in shadows and fog.

All of this delicious atmospheric quality leads the setting to take on a Gothic persona all its own. Of course, centering the “look” of the piece are the characters. Luce has a strong, charismatic connection with Daniel (you’ll recognize Irvine from period dramas like Great Expectations), but it’s also fun to watch her flirt with Cam. Despite this setup, this love triangle doesn’t become cliché because the heroine (which I always wish for) doesn’t love both guys. This makes all the difference. I’ll confess, I find each character interesting. Everyone seems to have a story. From the stereotype “bad boy” (Cam) to the best friend, Pen, there isn’t a character I didn’t like (to some degree). Of course, there ends up being a kind of villain, but everyone is fascinating. 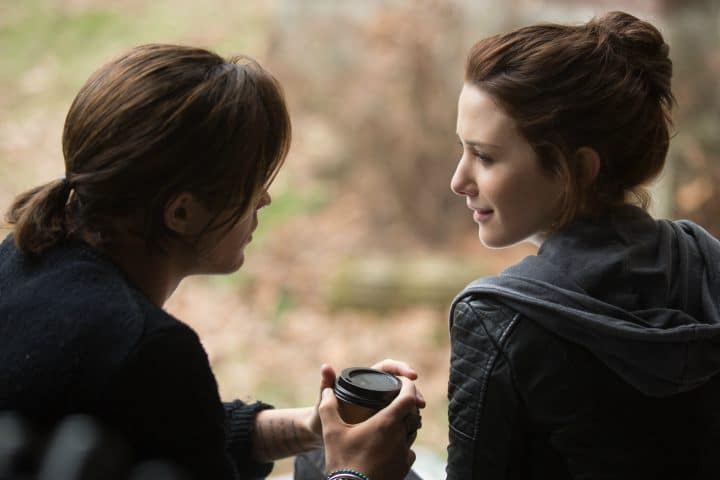 Part of this is owed to the story itself. It won’t appeal to everyone as the storytelling isn’t unique. Conceptually, however, the story is intriguing. It doesn’t hurt that the story has all the right elements to be a kind of grand scale YA adaptation. Though it’s taken years for it to release in the US (there’s “final casting” news dating all the way back to 2013), Fallen is a solid paranormal romance. Especially for those of us who like The Mortal Instruments, Red Riding Hood or similar films.

Rumors do suggest the intention to film the entire book series, but unfortunately, I don’t see this happening. This means the ending is a little ambiguous, but it also works as a decent end. 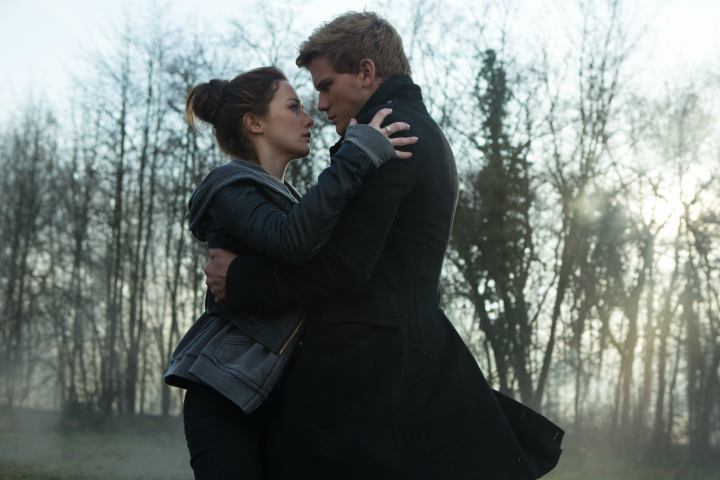 Strong leading characters and a talented cast (including Joely Richardson) make for an entertaining adaptation. The ghostly storytelling and Gothic appeal (plus Daniel’s DUSTER JACKET!!) further make Fallen an ideal film to enjoy this time of year. It’s surprisingly romantic, tender and beautiful to look at.

Where to Watch: Rent or buy on Amazon Video (UK and US) or iTunes. You can also purchase the film on DVD via Amazon (US, UK, Canada).

Content Note: There’s a single use of the f-word as well as other minor profanity, and there’s some minor innuendo. Some tense and/or scary moments build the tension. Overall, Fallen is relatively clean and is rated PG-13.

Our romance-themed entertainment site is on a mission to help you find the best period dramas, romance movies, TV shows, and books. Other topics include Jane Austen, Classic Hollywood, TV Couples, Fairy Tales, Romantic Living, Romanticism, and more. We’re damsels not in distress fighting for the all-new optimistic Romantic Revolution. Join us and subscribe. For more information, see our About, Old-Fashioned Romance 101, Modern Romanticism 101, and Romantic Living 101.
Pin this article to read later! And make sure to follow us on Pinterest.
By Rissi JC on October 30th, 2017