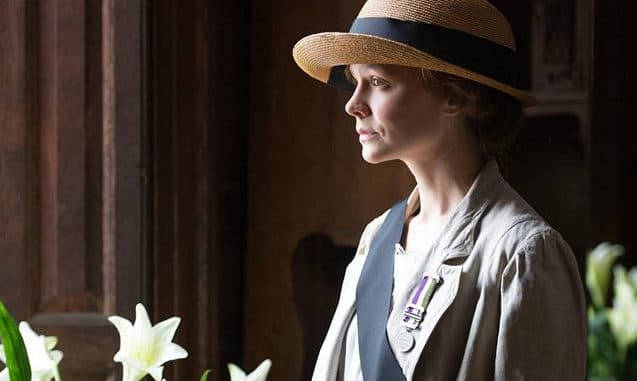 Flipping over to a new page on our calendar signifies one begins readying to welcome a new month. In this case, it’s already the ninth month of 2015. Not only is a new month upon us, but a new season. Autumn is one of my favorite seasons, for a variety of reasons, not the least of which is the gorgeous landscapes the changing trees present us with. At the box office, the focus also shifts. Instead of the exhilarating push studios compete in to outdo one another with the flashiest, biggest blockbusters of the year, the quieter, character driven dramas take precedence. 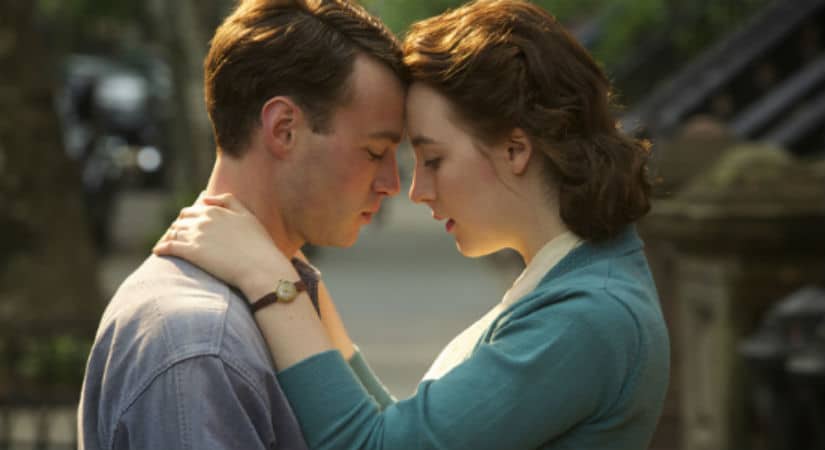 I’ve compiled a collection of films that are likely to open to quieter chatter than the boom of the summer action flick. However, we think these might be underrated films that may deserve a second look. There’s everything from period dramas and women’s suffrage causes to romances and star-studded comedies – all of which can be found in Silver Petticoat’s Fall 2015 box office previews listed below. We’ve also attempted to only include films with less graphic content while also picking ones fitting to our site. Hopefully, there is a little something for everyone. 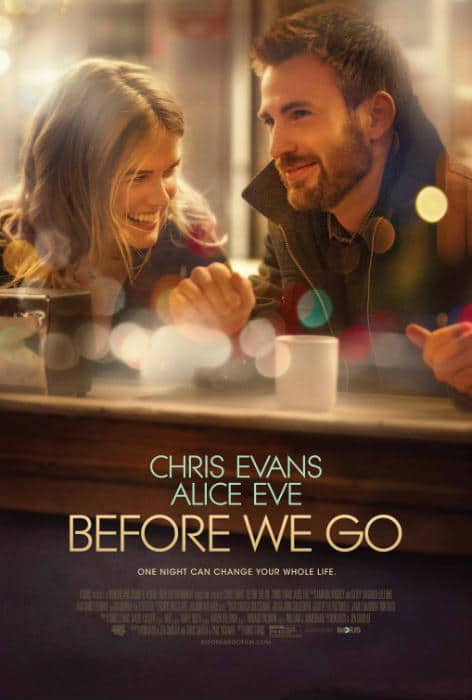 Fan favorite Avenger, Chris Evans stars in what looks to be a quieter romantic drama set in NYC over the course of one night. It’s opening in theaters may be limited, but interested viewers can also find it available on iTunes and Amazon. 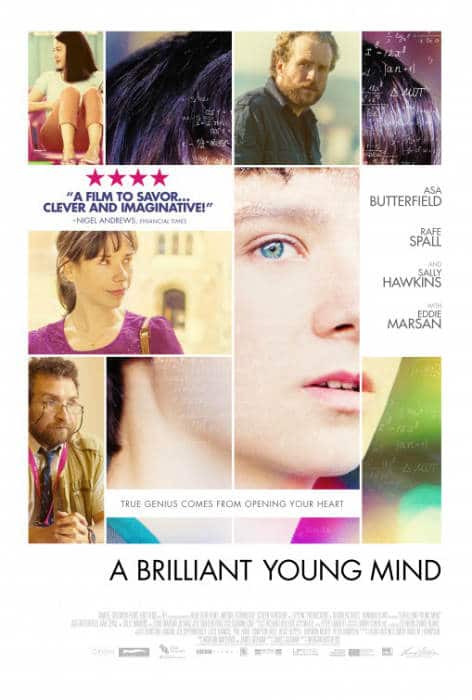 Tells the story of a brilliant, but also socially awkward student who joins an elite Mathematics Olympiad. 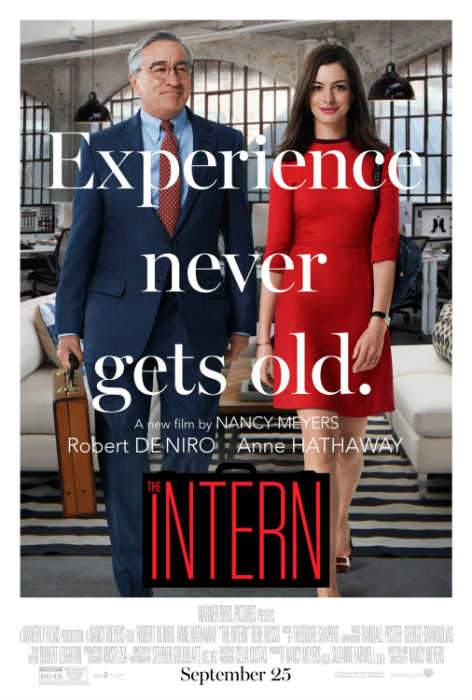 A new film from Nancy Meyers might be timely when it seems like most films take a more serious approach. The trailer for this is promising; the story follows Robert De Niro’s character as he prepares to, essentially, start again, hiring on at a company run by a woman (Anne Hathaway) half his age, as her intern. 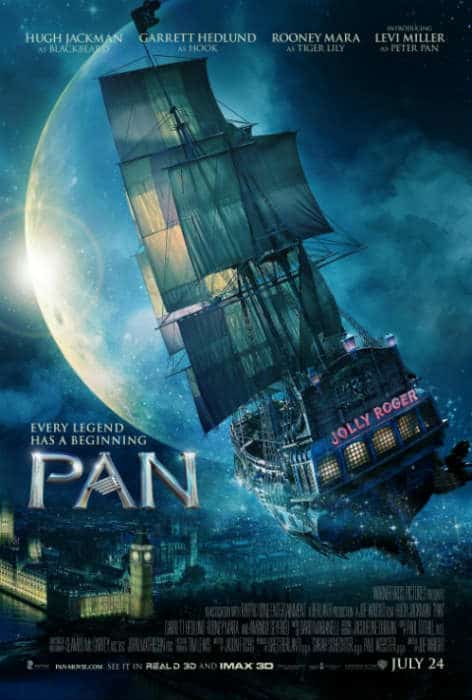 Following a delayed release (originally, this was to arrive in theaters over the summer), this atmospheric origin story (making Hook and Peter friends before they become adversaries) of Peter Pan looks breathtaking. The effects and cast should make it a fun romp if nothing else. Garrett Hedlund, Rooney Mara, Amanda Seyfried and Hugh Jackman star. 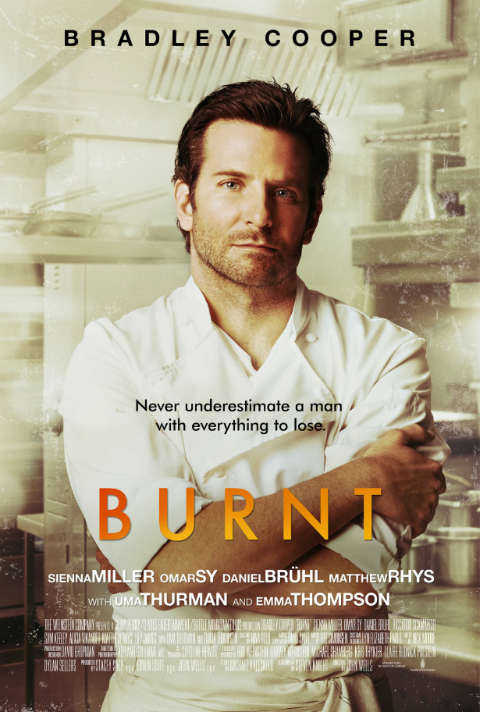 Bradley Cooper stars as a respected chef, who, on the verge of losing everything (or perhaps he already has), wants to open a restaurant that is second to none. The talented cast list also includes Sienna Miller, Lily James, Uma Thurman, Emma Thompson, Alicia Vikander, and Daniel Brühl. 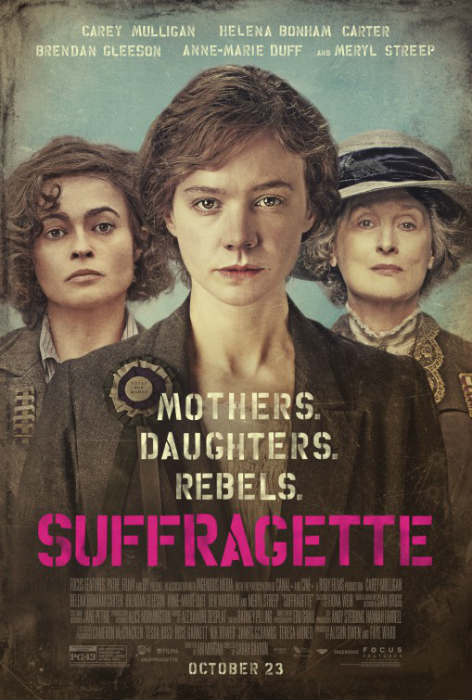 If the cast alone doesn’t tempt my fellow period drama aficionados, then the historical bent certainly should. The fascinating historical details that support the cast plus what looks to be a gorgeous work of film should bring many fans out to the box office. Carey Mulligan, most recently seen in Far From the Madding Crowd, leads the cast. 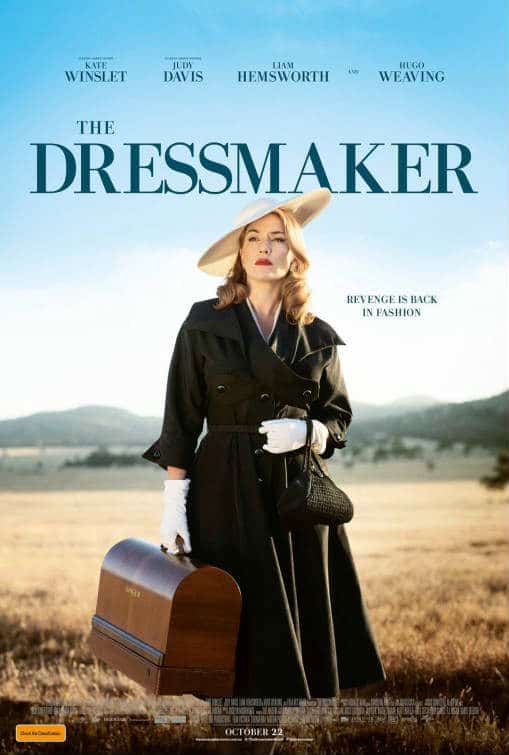 Secrets, gossip, and fashion are the teased cue words for this film. It’s an adaptation that stars Kate Winslet as a woman who returns to a small rural Australian town and begins to make over the women while exacting some revenge. Liam Hemsworth co-stars. 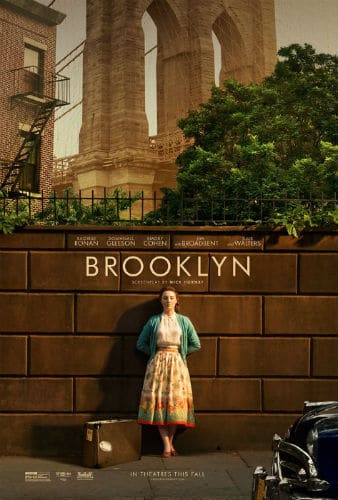 Burgeoning leading lady Saoirse Ronan leads the cast of this ’50s period drama about a young woman who must face a decision who to marry and which life to choose. One will keep her in America and offers a fresh start, the other is the safe choice that will honor her Irish heritage. 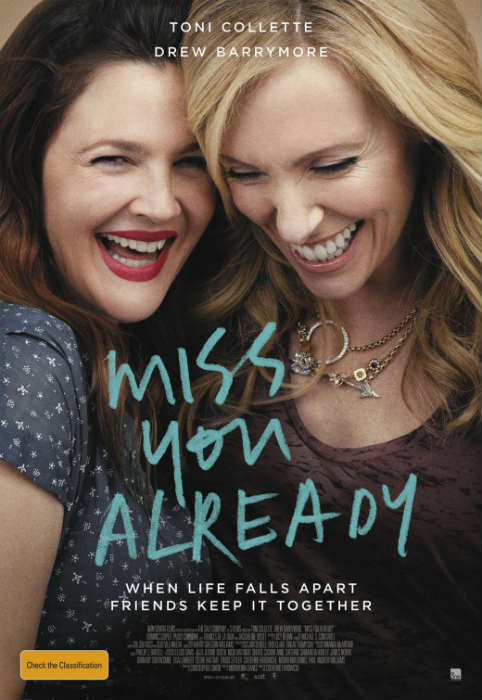 It’s been a long while since Drew Barrymore headlined. In this dramedy, she and Toni Collette star as best friends who begin experiencing unique challenges in their respective lives. 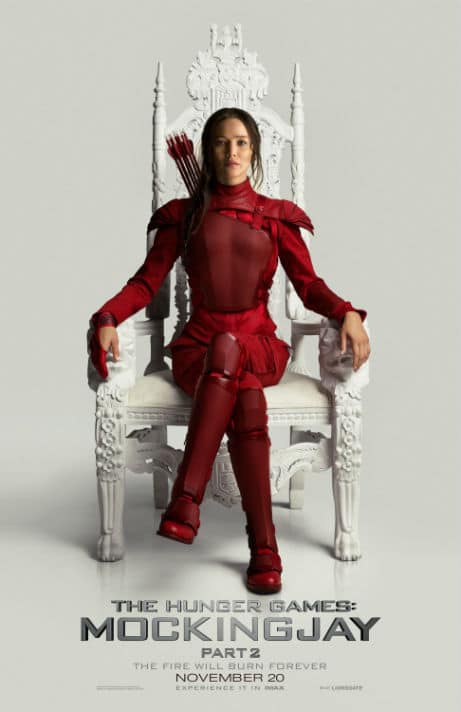 This film certainly does not fit into the “quiet” mold of filmmaking. Not only is it sure to feature an epic action scene or two, it’s also poised to do well at the box office. But since it’s beloved by many, I wanted to feature it here. This film will conclude the saga of Katniss Everdeen and Company, based on the best-sellers by Suzanne Collins. 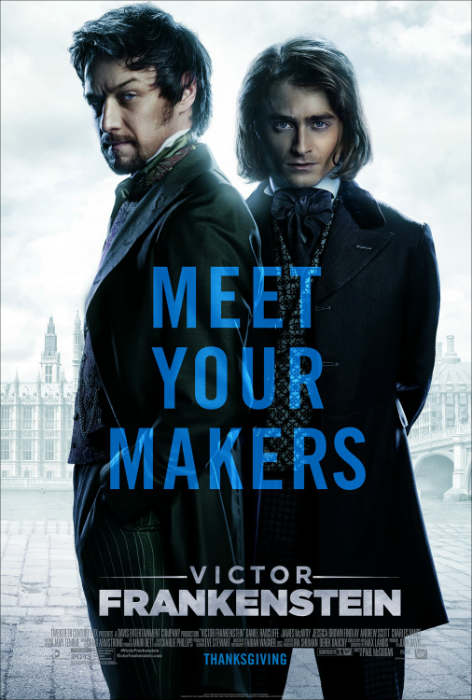 From what I gather, this looks to be an origin like story about Igor and Frankenstein. The talented cast includes Daniel Radcliffe, James McAvoy, Charles Dance, Jessica Brown Findlay, Andrew Scott and Louise Brealey.

The Lady in the Van 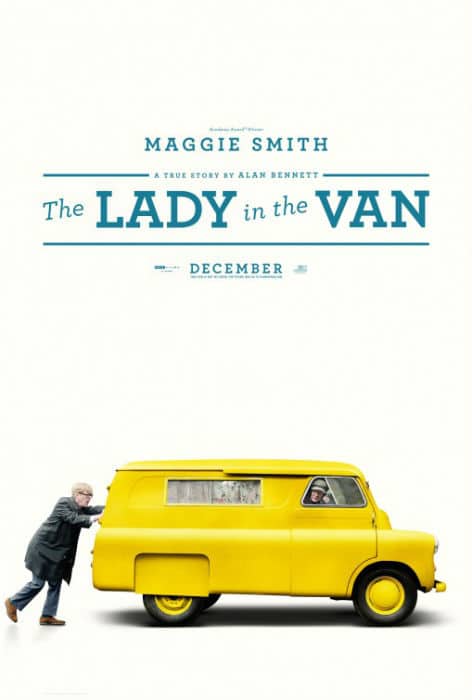 Maggie Smith (the wonderful Violet Crawley from Downton Abbey) stars in this hilarious comedy. Or it looks to be so. It’s about an elderly woman who makes a nuisance of herself, living in her van, which is parked in someone’s driveway for over ten years. 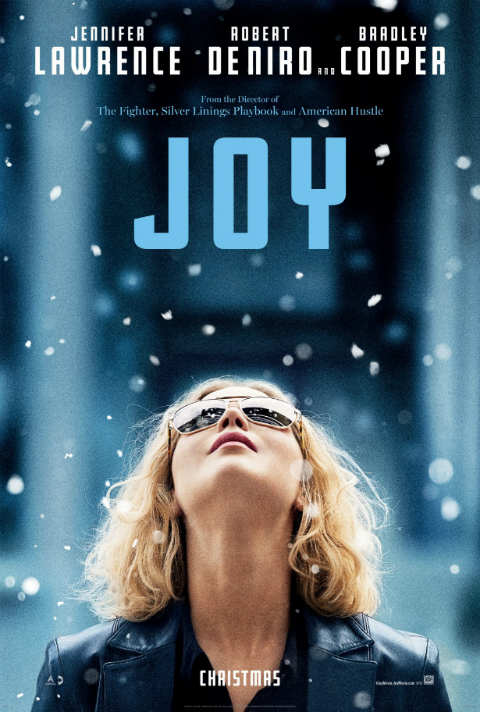 Based on a true story, Jennifer Lawrence stars in the titular role as a single mother who struggles to make a life for herself and her young children. Bradley Cooper joins her (for the fourth time) as a co-star.

Some of the more popular films coming to theaters over these next four months include:

Which of these are you most interested in seeing? Are there any films you’re excited about that weren’t included? Comment down below.

Our romance-themed entertainment site is on a mission to help you find the best period dramas, romance movies, TV shows, and books. Other topics include Jane Austen, Classic Hollywood, TV Couples, Fairy Tales, Romantic Living, Romanticism, and more. We’re damsels not in distress fighting for the all-new optimistic Romantic Revolution. Join us and subscribe. For more information, see our About, Old-Fashioned Romance 101, Modern Romanticism 101, and Romantic Living 101.
Pin this article to read later! And make sure to follow us on Pinterest.
By Rissi JC on August 31st, 2015