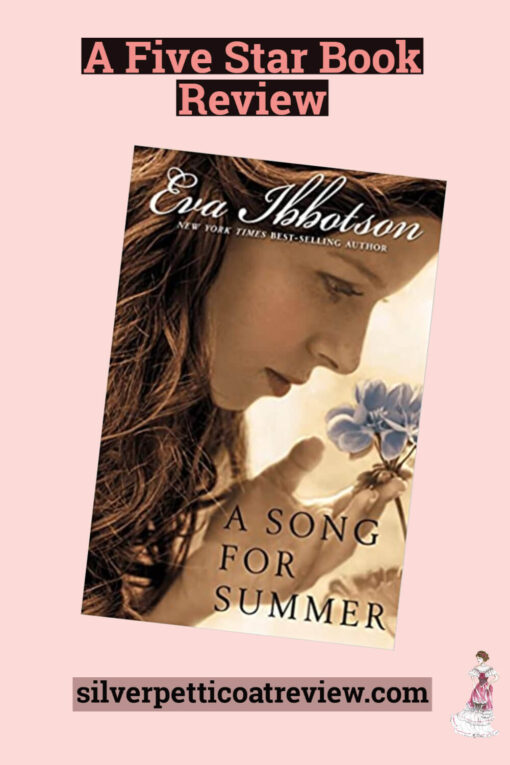 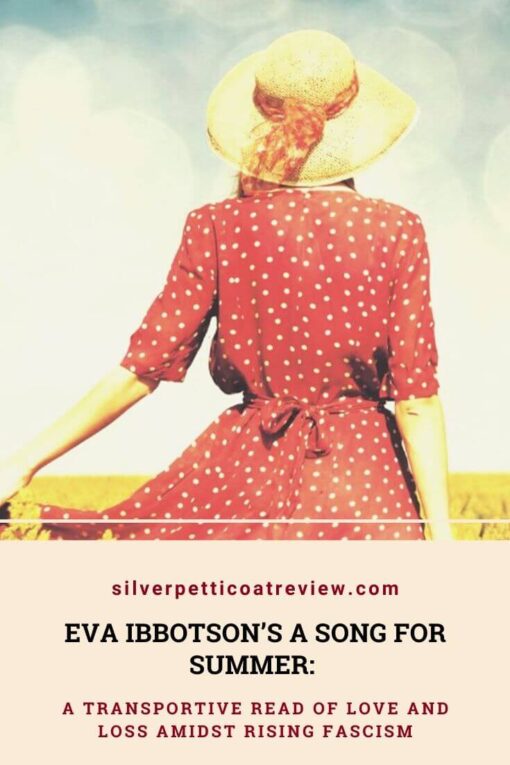 Eva Ibbotson’s A Song for Summer is an enchanting read, so full of loss and hope and enduring love.

When Ellen Carr, daughter of a militant suffragette and raised to be an intellectual, takes a job in Austria as housemother at the Hallendorf School of Music, Drama and the Dance she simply wants to cook beautiful food. What she finds when reaches Schloss Hallendorf is an eccentrically magical world occupied by wild children, naked Harmony teachers, experimental dancers and a tortoise on wheels.

Life in Hallendorf seems idyllic, but outside the castle Hitler’s Reich is already casting its menacing shadow over Europe and the persecutions have begun. Through her growing friendship with the mysterious groundsman Marek, Ellen encounters the dreadful reality of flight from Nazi Germany, and, on the brink of war, discovers a passion that will shape her life.

Thus, reads the official synopsis of Eva Ibbotson’s moving novel of halcyon days in the Austrian Alps, days that are severely numbered.

A Song for Summer is a tale steeped in loss, love, and hope, following the plight of people attempting not only to survive but to love amidst a sea of intolerance and hate and state-sanctioned extermination.

Bucking her feminist aunts’ and mother’s ambitious plans for her life, Ellen Carr finds her bliss in domesticity, in homemaking. She’s dropped out of Cambridge to do just that.

Returning to the homeland of her dearly departed step-grandmother, Ellen heads to a remote village in the Austrian Alps to be housemother to a school full of boisterous children and liberal-minded academics.

There’s a Mary Poppins/Maria from The Sound of Music-quality to Ellen. She cooks, cleans, sets things to right in the chaos that is the Hallendorf School. The school is full of eccentric types, atheists, Marxists, existentialists, naturalists, expressionists, and on it goes—a very liberal school, where preoccupied parents have abandoned many rich, problematic children.

Through hard work, kindness, and insight, Ellen quickly becomes the centralizing hub of that school, the stabilizing glue. She is an innate healer of souls, an empathetic giver.

She finds in the groundworker Marek a fellow fixer. Marek, too, works hard, having a charisma that simply draws people to him. Ellen is drawn.

But Marek disappears for days and weeks at a time, ostensibly to collect folksongs in the borderlands. And he is very reticent about his past, as well as insisting on wearing glasses that he obviously doesn’t need. Yes, he is hiding from someone or something.

And I don’t want to give the book away, but the halcyon days of summer do always seem to fade. And this eccentric bastion of freedom and free expression cannot last in a Europe on the brink of war.

Can a tender love developing between a mysterious groundsman and a kind-hearted housemother take root and grow? Read the book!

A Song for Summer is my second Eva Ibbotson read. After reading a review of her The Morning Gift here on The Silver Petticoat Review, I was encouraged to read that book, which I did and was promptly hooked on Ibbotson’s writing style and compelling storytelling.

She writes so evocatively, transporting you to a world on the brink, on the brink of war, focusing on the travails of two would-be lovers in a time of upheaval. It’s all very poignant and touching without being maudlin and melodramatic.

Ibbotson writes with much wit and humor and eye for folkloric details. It’s all very crisp and fresh, reminding me of one of my favorite writers, namely Mary Stewart.

It’s good stuff. A Song for Summer is an enchanting read, so full of loss and hope and enduring love. Oh, give it a read. I will certainly be seeking out more books by Eva Ibbotson.

Adaptation Recommendation: Oh, I could definitely see this as a miniseries, something along the lines of The Durrells in Corfu. You could have a lot of fun casting this, with all these quirky characters. I could totally envision Michiel Huisman as Marek.

Have you read Eva Ibbotson’s A Song for Summer? What are your thoughts on this historical fiction novel?

1 thought on “Eva Ibbotson’s A Song for Summer: A Transportive Read of Love and Loss Amidst Rising Fascism”