If you could travel back in time to experience the world of Jane Austen or Charlotte Bronte (for a few days anyway), would you? For any period drama fan, the answer is probably a resounding yes. Well P&P Tours gives you the opportunity to do just that – or at least as close as humanly possible. 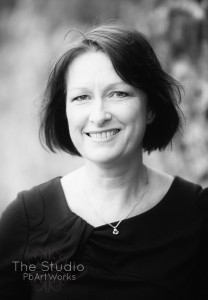 Helen Porter, Tour Director of P&P Tours and period drama expert (she is the international expert on the 1995 Pride and Prejudice adaptation with Colin Firth), recently took the time to talk to “The Silver Petticoat Review” about her background, the company and the new tour which every Jane Eyre enthusiast must experience. 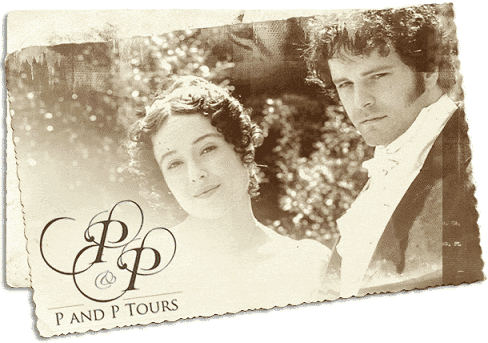 P&P Tours started as a “birthday surprise” for Helen’s daughter Maddy. At the time, while Helen’s degree was in English literature where she “specialized in Jane Austen,” her career was actually in industry, but since she had “serious ill health” she was forced “to take a career break.” Because her daughter’s 18th birthday was coming up, she started planning a surprise. Helen “came up with the idea of a tour to the P&P 1995 film locations.” But she soon discovered that no one was running that actual tour so she “began to research the locations.”

“I put together a 3 day surprise holiday for Maddy and it was a highlight of our lives. Everywhere we went people kept telling us that if we offered the tour on sale they would definitely come along,” Helen recalls. “We set up a homemade website and ran one online advert for £60 and the rest is history.”

Now, with their exclusive entry to your favorite period dramas (they are “also world leaders in tours to Jane Austen life locations throughout England”), P&P Tours is the tour company to choose. “All our tours are unique because we combine expert inside information you won’t get anywhere else with visits to some locations not normally open to the public. When I first set up the business that was my mission—to offer unique access,” Helen explains.

Further on the website, they reveal they “spend months researching the locations used in the films,” and even “speak to the people involved in filming, at the locations and research all the juicy snippets about the actors and the scripts.” From there they make sure to choose quality, “hand-chosen” accommodation. “Our hotels and inns are as close to the period as possible, often with quirky historical backgrounds. We are committed to the personal touch. You will stay in a selection of fascinating rooms – some with four poster beds, or stunning views, or even rooms used by the film casts and crews.” (www.pandptours.co.uk/about)

With P&P Tours, you can explore both of the recent Pride and Prejudice adaptations (which includes the 2005 Keira Knightley version). You can also be taken to “all the Jane Austen movie location tours.” Thus, “everything from Sense & sensibility, Emma, Persuasion and Northanger Abbey in Bath,” Helen reveals. We do all things Downton [Abbey]. So as well as Highclere Castle, we offer all the other locations that have been used through the 5 series aired so far. And we offer Shakespeare tours, garden tours, country house tours, other period dramas and anything else connected with period drama.”

THE ALL NEW JANE EYRE TOUR 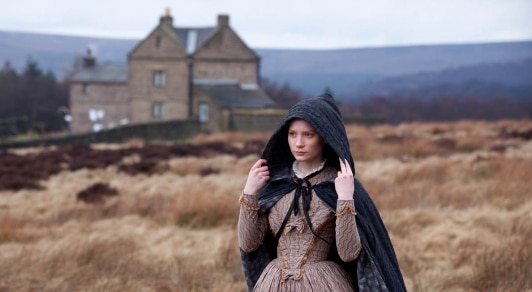 Just added to the available tours is their new Jane Eyre Tour, which every Jane Eyre devotee (of the books or any of the films) will want to sign up for immediately.

“We have long been massive fans of the book and also the Toby Stephens/Ruth Wilson production which was so close to the spirit of the novel. We have put together a truly exclusive tour staying at the actual house that inspired Charlotte Bronte to invent Thornfield, as well as all the fabulous real life locations in Derbyshire.

It is a very special tour and caters for a small group – so it is very intimate and personal,” Helen shares.

Tourists can expect to experience the “unique access” in the Jane Eyre Tour which includes “all the history, all the locations, all the inside information about filming, even about lovely Toby Stephens and seeing the gorgeous countryside to boot. We have combined the itinerary with real life locations from the Bronte world too. We make it our business to research every detail about the background and the locations and we love to share the information with our clients.”

The all new Jane Eyre Tour will be offered in 2015 and they take “bookings up to 6 weeks before a tour starts.”

As far as Jane Eyre adaptations go (and there have been many), Helen cites the BBC Toby Stephens one as her personal favorite. “It is long enough to include every nuance from the novel, and the script is very close to the Bronte original,” she says. “The locations are perfect, the costumes and backdrop stunning, and the performance of the entire cast is as good as it could be. This is the version I think Charlotte herself would have enjoyed most.”

You can learn more about the Jane Eyre Tour and read the full tour itinerary here: www.pandptours.co.uk/jane-eyre-tour

You can also follow P&P Tours on Social Media:

Check out our other Feature Articles

Read the Top List From Jane Eyre to Harry Potter: 75 of the Greatest Books Written By Women