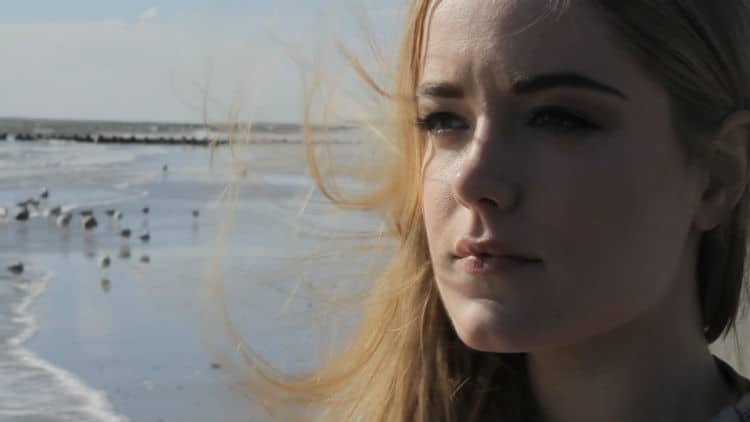 Written and Directed by:  Stephen Herman

E.M.M.A. is a sci-fi short film from first time writer/director Stephen Herman that explores what it means to be human and how far we are willing to go in the name of science. While an imperfect film, this is a promising start for Herman and overall I quite enjoyed it. I recommend E.M.M.A. to anyone interested in good sci-fi with an engaging character-driven story, especially if you have an eye for promising new talent. 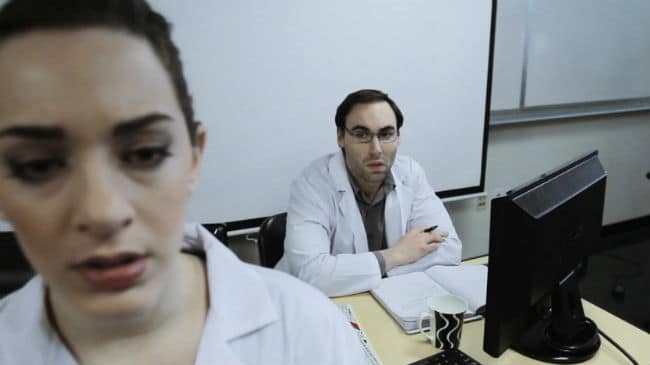 E.M.M.A. tells the story of two scientists running a series of tests on the female robot Emma they’ve created, as they ultimately decide her fate (which is only truly revealed at the very end) as she becomes more self-aware. There are a few twists in this story, so I don’t want to say too much without giving it away. But I will say there is an element of romance that surprised me – in a good way. Plus, I really appreciated the Atonement like approach to storytelling Herman takes as he presents the story from different perspectives. 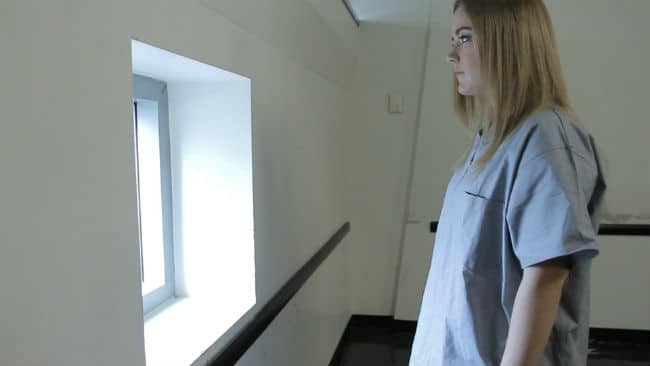 At first, I found the script to be a little too exposition heavy, but as the twists were revealed I found myself more drawn into the narrative. While there are a few hiccups, overall the script proved to be well-written with natural dialogue and excellent characterization. The visual presentation was also well executed with good cinematography and mostly seamless editing.

As far as the acting, while I wasn’t completely sold on the performance of Kristen Carbone as Dr. Carol Kramer (she was okay), I was impressed with Charlie Gillette’s take on the robot Emma. I truly believed Emma’s confusion and mindset as she discovers what she is and what her purpose is. However, I was especially intrigued with Nicholas Wilder as Dr. John Kramer. I was drawn into Wilder’s beguiling interpretation and loved the ambiguity and mystery surrounding him. 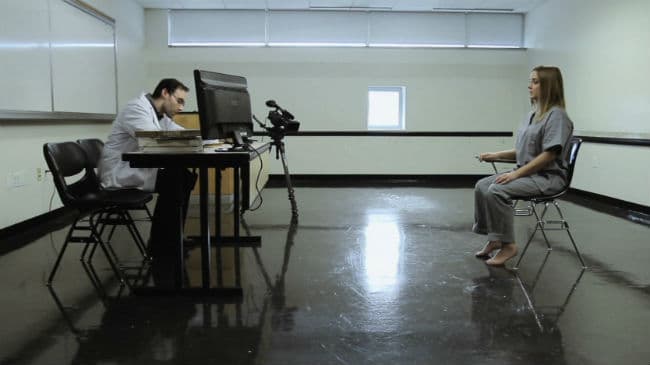 In all, while there are great ideas presented it isn’t perfectly executed. However, the story is so refreshingly entertaining that you’ll find yourself not really caring as the twists and turns keep you glued to the screen. I have no doubt Stephen Herman, as he continues to perfect his craft, is a visionary to watch out for. I look forward to seeing more of his projects in the future.

Check out our other Film Reviews

Make sure to Subscribe so you can read future reviews and recommendations.

Our romance-themed entertainment site is on a mission to help you find the best period dramas, romance movies, TV shows, and books. Other topics include Jane Austen, Classic Hollywood, TV Couples, Fairy Tales, Romantic Living, Romanticism, and more. We’re damsels not in distress fighting for the all-new optimistic Romantic Revolution. Join us and subscribe. For more information, see our About, Old-Fashioned Romance 101, Modern Romanticism 101, and Romantic Living 101.
Pin this article to read later! And make sure to follow us on Pinterest.
By Amber Topping on December 8th, 2014