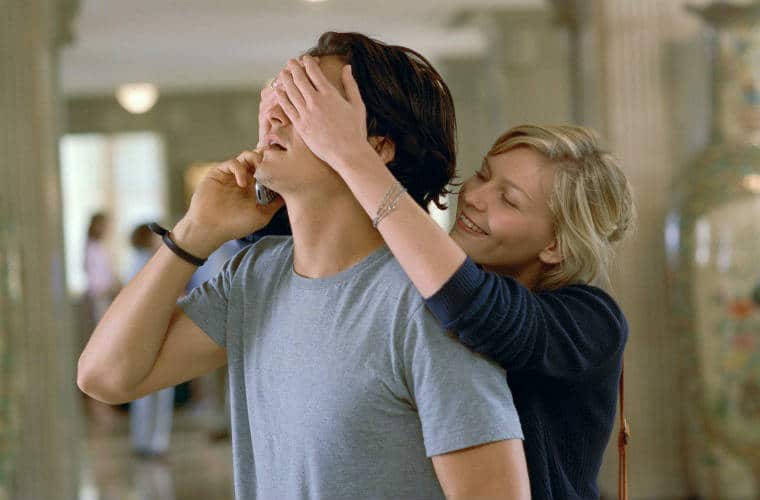 There is a certain cookie-cutter normalcy most romantic comedies yield to. As a viewer, I often enjoy this recipe, and in fact, watch them as if they’re going out of style. This is why when I come across one (in this case, Elizabethtown) that differs from those parameters, I find myself having to adjust my expectancy.

The story introduces us to Drew Baylor (Orlando Bloom). Drew is the picture of success to his family. Living the American dream as a talented shoe designer working at a successful shoe company, everything is falling into place for Drew. Until it isn’t. Everything is stripped away when his expensive tennis shoe design is recalled. This loses his boss’s company nearly a billion dollars, and as a result, it costs him his job. Then, just when he’s ready to end it all, his sister (Judy Greer) calls with the news their father has unexpectedly passed away. 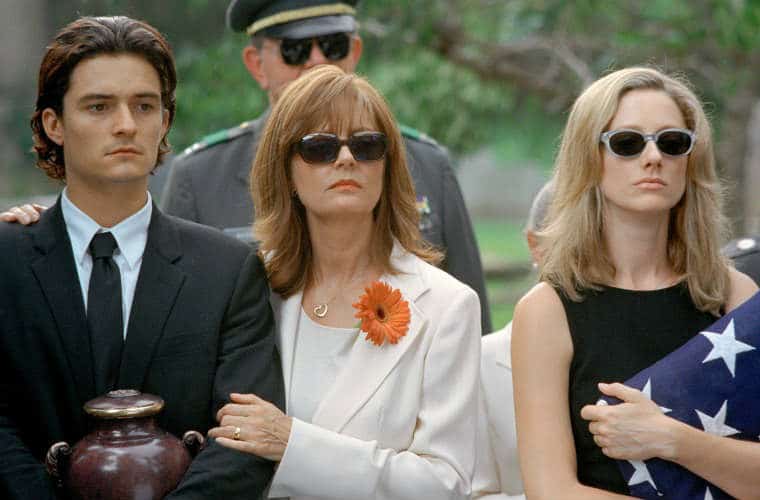 This sends Drew to his father’s Kentucky hometown (where he died). His mother (Susan Sarandon) and sister give him the task of returning with his father’s body. But on the trip, he meets the beautiful and vibrant Claire (Kristen Dunst), a girl who reignites Drew’s desire to move on.

In recent months, I’ve started watching some of the romantic comedies that came out when I was too young to appreciate them. Elizabethtown is one of these. In a word, this dramedy can best be described as chaotic. There is a constant stream of screaming and insanity, but in its defense, this is part of its charisma. There is something unique and wonderfully curious about the story, something I can’t place my finger on. Perhaps it’s the actors or the way the story flows between them, but there is something intriguing about this one that pulls the viewer in.

My favorite parts of Elizabethtown were the scenes between Claire and Drew. Their banter and natural ease with each other creates a charming contemporary picture. The script gives these characters some interesting quirks that give the actors possibilities to play with as they make their characters truly their own. Especially memorable is the all-night phone call between them which is romcom adorable! While the script lets the characters find joy in the story and each other, it falters here and there during portions not involving Claire and Drew. This also includes the sequences in the film utilized to show the passage of time. 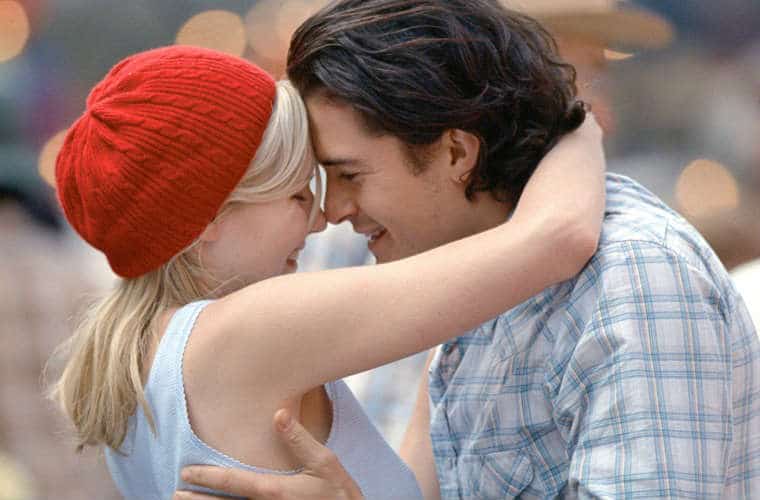 Despite this, there are a handful of important sequences that illustrate the emotional importance this journey is for the characters. Bookending the story are questions about death, and what it means for the people it leaves behind. Because of this, the story doesn’t have the lighthearted appeal I expected. And while it seems there are sequences that don’t make sense at the time, you have to watch through to the end before you are able to understand the significance of the script’s nuances.

It was fun to see Kirsten Dunst (Little Women) in a romance and nice to see Orlando Bloom pulling out his dramatic acting chops. Oscar-Winner Cameron Crowe writes and directs (with Tom Cruise acting as producer) so expect an amazing soundtrack that works to enhance the overall emotional impact of the story.

Though it’s a solo journey physically, Drew’s trip both literally and emotionally is cathartic. Claire comes into his life when he most needed her. Their relationship takes on greater meaning because of this, and I loved that sense of “connection.” It binds them and magnifies their characters. This also teaches Drew about closure and the real meaning of being a part of a family. The ending is lighthearted and sweet, which I didn’t anticipate.

In the end, if you don’t mind zany films, you’ll find a kindred spirit in Elizabethtown.

Rent or buy Elizabethtown on Amazon Video or stream it on Netflix.

Content Note: There is some crude language (including one or two f-words), and some commonplace profanities. It’s implied a couple slept together. The film deals with mature themes like suicide and death. The film is rated PG-13.

Crazy Theory Alert! Was Claire actually an angel sent to put Drew back on the right path? Read this theory that will change how you watch this film!

Have you seen Elizabethtown? What are your thoughts on this film?

Our romance-themed entertainment site is on a mission to help you find the best period dramas, romance movies, TV shows, and books. Other topics include Jane Austen, Classic Hollywood, TV Couples, Fairy Tales, Romantic Living, Romanticism, and more. We’re damsels not in distress fighting for the all-new optimistic Romantic Revolution. Join us and subscribe. For more information, see our About, Old-Fashioned Romance 101, Modern Romanticism 101, and Romantic Living 101.
Pin this article to read later! And make sure to follow us on Pinterest.
By Rissi JC on November 9th, 2016