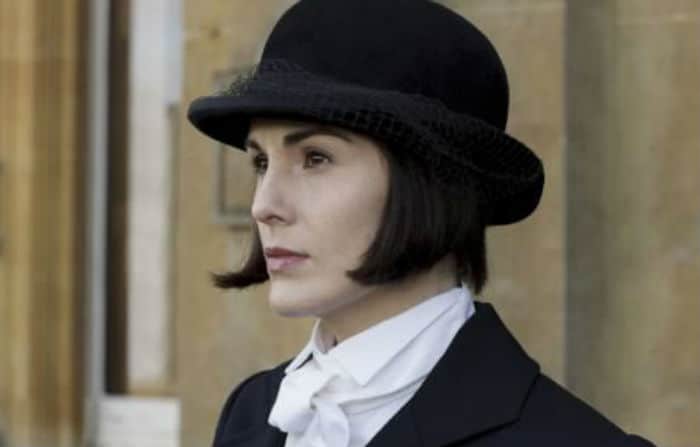 Last night marked the beginning of the end for Downton Abbey fans (at least if you’re living in America, that is) as the sixth and final season of the beloved British series, Downton Abbey, began.

Episode one of Downton Abbey season six opens with some drama (it wouldn’t be Downton Abbey without the classy soap opera drama), and the next chapter in the Carson/Mrs. Hughes romance – and it’s a humorous one to boot. 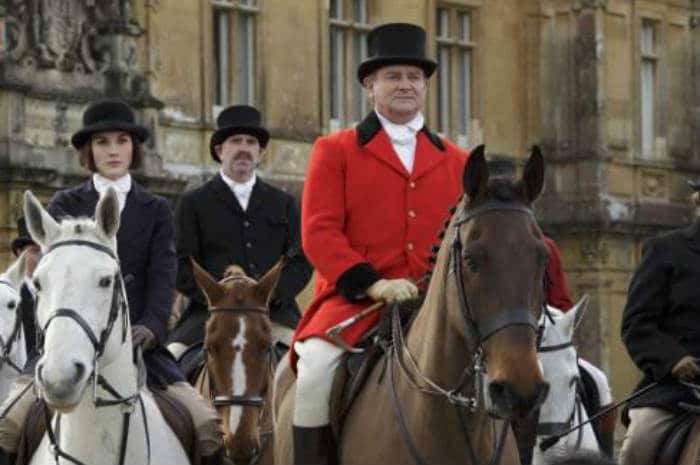 We begin with trouble for Lady Mary. Following her tromp through the woods joining the men on a hunt (riding astride no less!), she returns to an unexpected face. A woman claiming to be a chambermaid from a hotel has juicy gossip in her possession. You see, she knows about Mary’s romp in the sheets with Tony Gillingham. In typical Mary fashion, she brushes her off because she doesn’t believe she has any proof. But the woman won’t be swayed.

Cora meanwhile has a battle of her own to deal with. She’s waging a kind of war against her mother-in-law, the formidable Dowager Countess. Changes are in progress for the local hospital where Violet sits as president. The members of the Crawley family are divided over their opinions of what’s right: modernizing the hospital at the cost of merging with a hospital miles away or fighting to keep things as is.
Violet passionately believes in the latter with Dr. Clarkson on her side while Cora, Cousin Isobel and Lord Merton believe modernization best.

While the family squabbles upstairs, discord continues downstairs in Anna and Bates’ lives. Anna’s name is still muddied when the episode begins. But as it winds down, a witness to the murder of Mr. Green clears Anna, finally putting an end to this story. Happiness seems to again be on the side of the Bates, and now all that seems left to complete their joy would be a child. However, the secret burden Anna harbors (her multiple miscarriages) seems to belie the possibility of a family for the time being. But could there still be hope for them? We will find out as the season plays out.

The times are a-changing and no one feels that more than Robert. The estate is sitting in a good place especially since Tom (who is still in America with daughter, Sybbie) and Mary took over running things. But that doesn’t exclude certain economies that must be made. The house has already cut its staff drastically, but more cuts must be made. Robert says as much in passing to Carson, which puts an end to the discussion for the time being.

Second Thoughts and a Romantic Moment 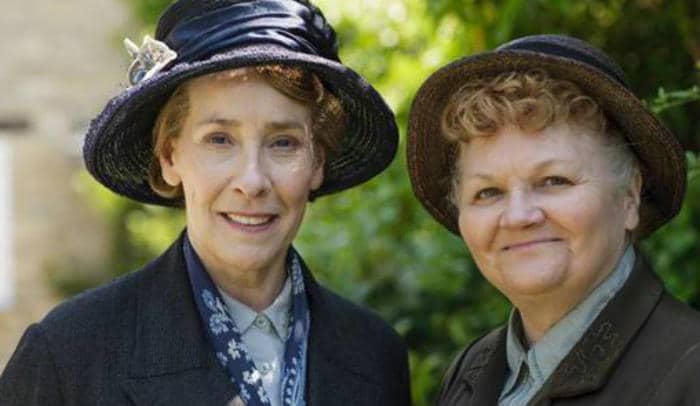 Meanwhile, Mrs. Hughes is having second thoughts about agreeing to Carson’s proposal. You see, she’s nervous about the marriage. She’s uncertain about the expectations of Mr. Carson. Does he want a warm loving relationship where they merely share a home as brother and sister? Or does he wish for the real thing…? All of this Mrs. Hughes confides to Mrs. Patmore, who she asks to speak to Mr. Carson on the very embarrassing subject.

Mrs. Patmore does indeed approach Mr. Carson with Mrs. Hughes’ concerns (in quite hilarious fashion I might add). Her first attempt goes badly and she leaves with no answers. Her second attempt is awkward to say the least as Carson doesn’t realize she’s inquiring after his expectations of the marriage bed. As realization sinks in, the question is a kind of wake-up call for Carson. He confesses to Mrs. Patmore that yes, he does wish for a marriage in the truest sense. 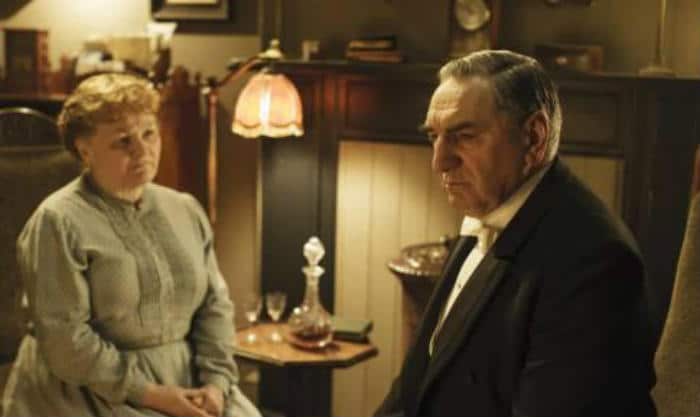 Even though it’s said to Mrs. Patmore without the presence of Mrs. Hughes, his sweet words still ring romantic as he confesses his answer for her to relay:

“I want a true marriage, a real marriage, with everything that that involves.”

Later, after some time to consider, and seeing Carson nearly on the verge of calling off the wedding, Mrs. Hughes sweetly tells him that as long as he wants her, she’ll gladly marry him. 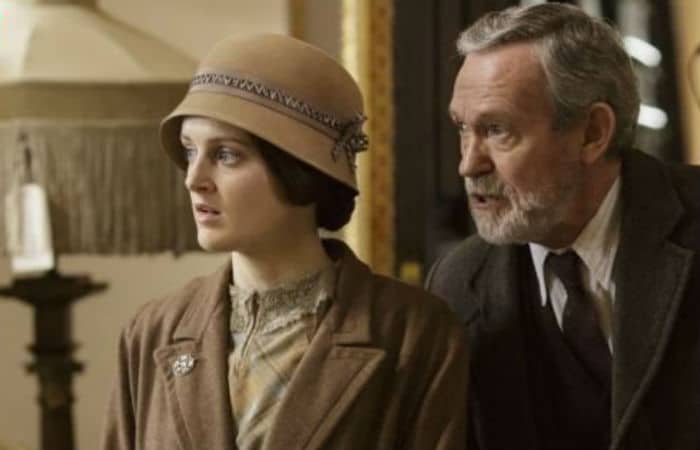 – Emboldened by the encouragement of Molesley, Daisy continues to pursue her education. As the episode progresses, Daisy has a row with a member of the gentry when the estate where her father-in-law lives is sold. This means that Mr. Mason is out of a home. Following her explosion, Daisy feels badly for what’s she’s done, believing it’s her fault he’s been kicked out of the home he’s lived in for generations.
– In a humorous tug and pull, the Dowager’s servants, Spratt and Denker continue their bid to outdo one another, in the process making one another look as bad as they possibly can.

In response to the awkward wonderings of Mrs. Hughes as she frets over what a marriage entails, Mrs. Patmore suggests,

“Perhaps you could keep the lights off?”

What’d you think of the first episode of Downton Abbey season six? Do you give it a thumbs up or down? Given what you’ve seen, what do you think will happen in this sixth and final season of the British series? Sound off with your theories, hopes or sadness over the final season. I’d love to read your comments.

Our romance-themed entertainment site is on a mission to help you find the best period dramas, romance movies, TV shows, and books. Other topics include Jane Austen, Classic Hollywood, TV Couples, Fairy Tales, Romantic Living, Romanticism, and more. We’re damsels not in distress fighting for the all-new optimistic Romantic Revolution. Join us and subscribe. For more information, see our About, Old-Fashioned Romance 101, Modern Romanticism 101, and Romantic Living 101.
Pin this article to read later! And make sure to follow us on Pinterest.
By Rissi JC on January 4th, 2016

6 thoughts on “Downton Abbey Season Six: Episode One Recap – The Beginning of the End”