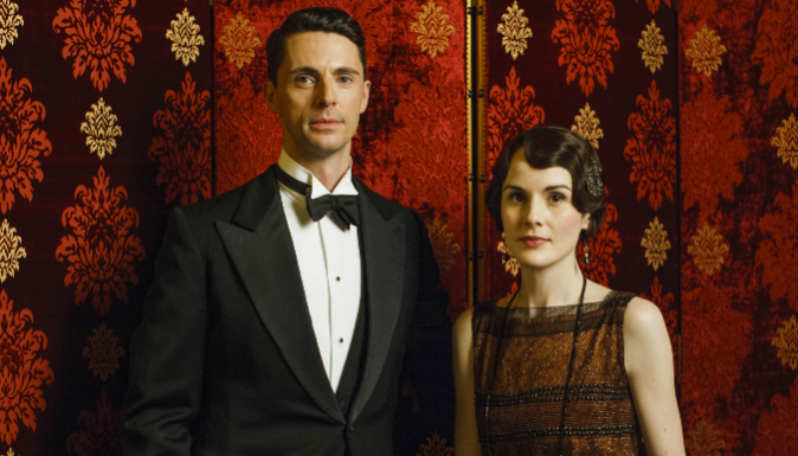 Given this is the final season of the ITV period drama series, it’s not surprising the ratings were among series high numbers or to see the parade of familiar faces in recent episodes. Last night in episode four, following the return of beloved chauffeur, turned Crawley son-in-law, yet another face from the past walked the hallowed halls of Downton Abbey.

A Return to Normal 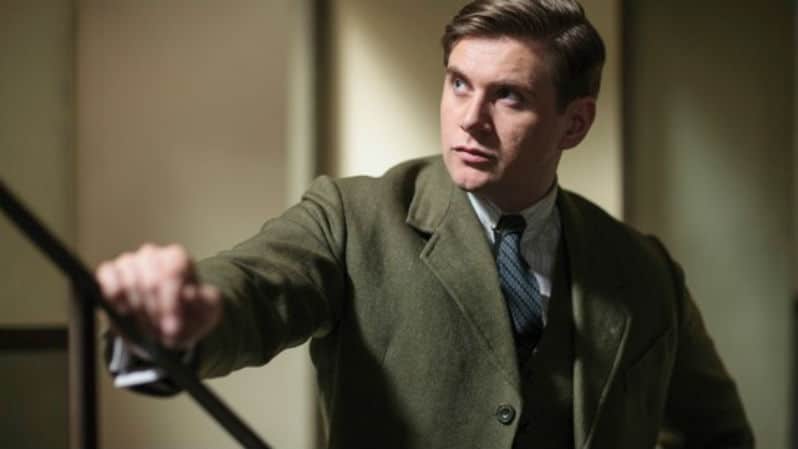 Given that Mary has solely managed the estate in Tom’s absence, the pair of them realizes his return may require some adjusting. Mary looks for things to return to how it was before his departure, whereas Tom looks for something new to do. Discovering what that might be may take some time, however. In the meantime, Tom’s back to help with the running of the abbey.

Elsewhere in episode four, Edith and Mary quarrel (because a Downton breakfast wouldn’t be the same without some sisterly drama). Naturally, the argument ends in a kind of draw. Is anyone else, like me, ready for these two to set aside their petty differences!? Like, seriously it’s well past time. I’m ready to give them both a slap… if that’ll even jar them to reality.

Cora’s ladies maid, Miss Baxter faces troubles from her past. Her old partner in crime has returned and to complete their case, the police wish her to testify against him. Not wanting to put herself in the crosshairs of this man, she refuses. Afterward, it’s Molesley who inspires her to re-think the matter. But the idea of testifying frightens her. 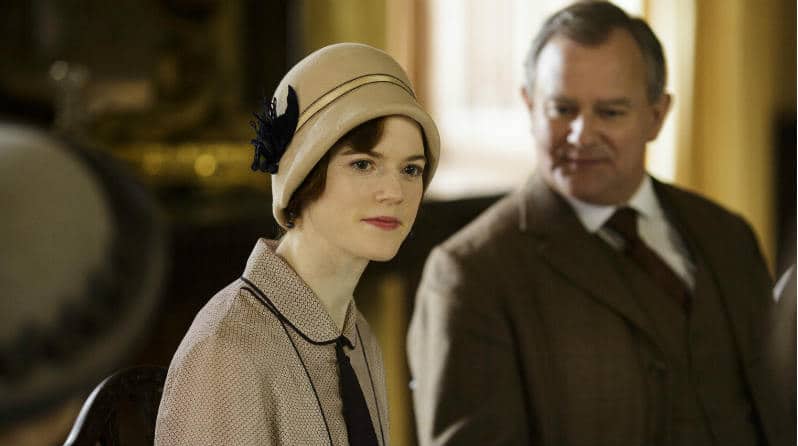 Anyone remember the sweet parlor maid, Gwen? The red-headed woman returned to Downton Abbey by way of the front door. After these many years away, she arrives as a visitor. As one of the benefactors of the college Rosamund is courting Edith to join, Gwen is the invited guest. Upon her arrival, Anna immediately recognizes Gwen while Lady Mary finds her to be familiar. Having made something of her life and being married to a well-off gentleman, Gwen steers away from anyone making the connection. This all shatters when, during their luncheon (following the downstairs gossip!), Thomas outs his former co-worker. As is her way, Mary asks why in heavens Gwen didn’t say. Instead of making a scene, Gwen fondly remembers her time at Downton, including the woman who pushed her to be better: Lady Sybil. This brings the entire family to fond memories of their daughter, sister, and wife as the table reflects on all the ways Sybil touched people.

Thomas is later reprimanded for his behavior by Lord Grantham. Yet just the same, something tells me Thomas days as a mischief maker is far from over.

An Urgent Trip to London

Fearing another miscarriage, Mary whisks Anna back to London under the guise the trip is for her. (This leads Anna  to lie to Mr. Bates to protect the secret.) Tom drives the pair to the station, and Mary is just able to get Anna to the doctor in time to save the pregnancy. 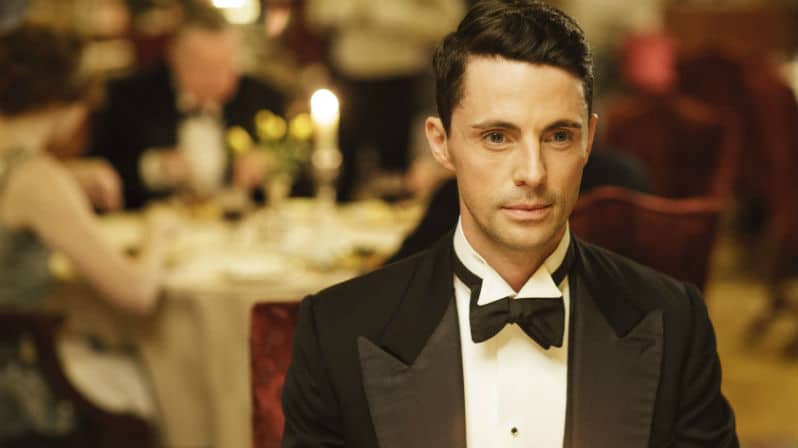 While in London, not one to waste anything, Mary again dines with Henry Talbot. Conversation involves cars and racing as well as the work Mary does as Downton’s land agent. 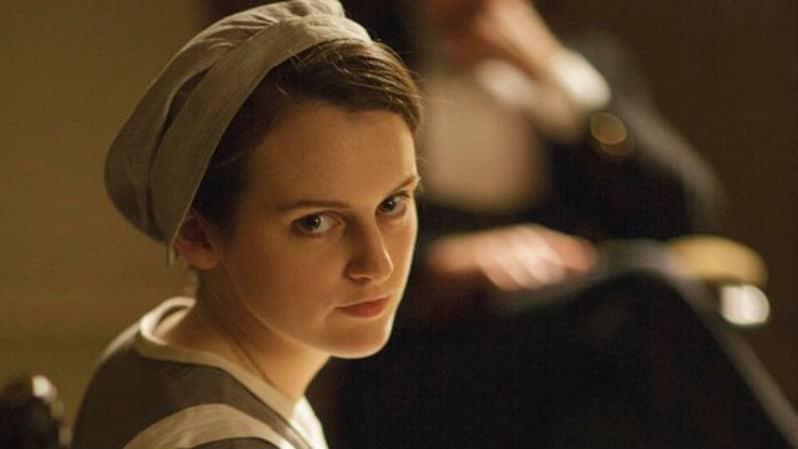 Daisy is disappointed when she believes the Drewes farm is not going to Mr. Mason. This even prompts a bold move from Daisy; she enters the house and taking liberties, she catches Tom walking down the hall and questions him about Mason.

Later Cora discusses U-Tree Farm with the family and without Mary’s approval (who is in London) she insists the farm go to Mason. Meanwhile, Daisy has decided she’s going to have it out with Lady Grantham. This inspires her to go where her station doesn’t permit: into the house. She comes upon Cora in the halls and is about to speak her mind when Cora lets her know of the family’s decision. Speechless, Daisy can only manage a thank you, before she turns and scurries away. In her wake, she leaves behind a bewildered Cora. If only Cora knew she was just saved a stern talking to – by a servant, no less!

+ There is still much drama between Violet and Cora in episode four. The two of them seem incapable of coming to any kind of agreement, albeit Cora is still the champion of reason. Violet is the winner in getting in the last word – no one knows how to leave an impression as she! Proof of that comes when, referring to Cora, Violet remarks, “She’s not entitled to win it!” This inspires Violet to enlist an ally against Cora and the family to bring Rosamund to Downton to smooth things over.
+ Robert (has anyone else noticed his continued health woes!?) warns Thomas about his future, hinting at the possibility his position is becoming extinct.
+ The newlyweds return from their honeymoon after being missing from nearly the entire episode. Upon their arrival, there’s great jubilee between the staff and Crawley family alike. In a funny bit, the family worries over having to adjust to calling Mrs. Hughes, “Mrs. Carson” now after so many years of using her former name. Much to everyone’s great relief, Carson assures Robert she will continue to be known by Mrs. Hughes.

What do you think of Downton Abbey, Season Six: Episode Four? What did you think about Mary and Henry’s romance? Have a thought? Sound off below…

Our romance-themed entertainment site is on a mission to help you find the best period dramas, romance movies, TV shows, and books. Other topics include Jane Austen, Classic Hollywood, TV Couples, Fairy Tales, Romantic Living, Romanticism, and more. We’re damsels not in distress fighting for the all-new optimistic Romantic Revolution. Join us and subscribe. For more information, see our About, Old-Fashioned Romance 101, Modern Romanticism 101, and Romantic Living 101.
Pin this article to read later! And make sure to follow us on Pinterest.
By Rissi JC on January 25th, 2016