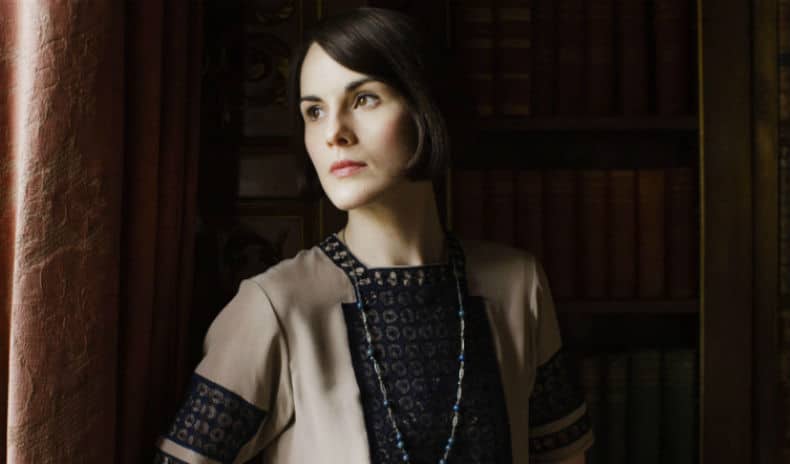 In the next to last (where has time gone?) episode of ITV’s Downton Abbey, a lot of things go down in the dramatic 70-some minute installment. Basically, it’s a lesson in Mary being a witch, but there is more to it than just her making herself (and everyone else) miserable.

Chronicling the penultimate episode of Downton Abbey will be a task unto itself so I’ll jump right into last night’s episode with a recap of those busy events. 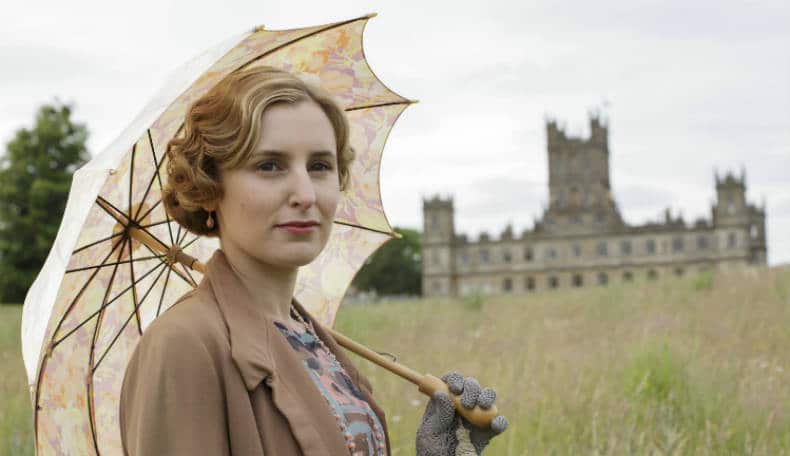 A decision has been put before Edith. She’s conflicted about accepting the kindhearted Bertie Pelham’s proposal. She tells her mother she loves him as they walk the grounds of Downton, but… there’s Marigold. How can she tell the truth and ask him to take on a child that resulted from an affair? Cora counsels her to tell Bertie lest they start their marriage on a lie. Edith isn’t so sure.

The rest of the household has opinions on the matter which they discuss among themselves out of Edith’s earshot. Rosamund believes as Cora; Edith needs to tell Bertie. Only, everything changes when they learn Bertie’s life has been upended…

Elsewhere, a comical dilemma faces Mrs. Patmore. Believing her small bed and breakfast venture offered only the most genteel of folks a pleasant experience, Mrs. Patmore receives a visit from the local constabulary. Turns out, the last couple she lent a room to used her business to conduct an affair. Appalled, Mrs. Patmore is in shock, asking no one among the staff to spread the word among the household. Naturally, as everything at Downton is wont to do, news travels. Anna shares it with Lady Mary as the two women giggle over it. This then trickles down to the rest of the family prompting Cora to remedy a solution.

With Mrs. Patmore’s permission, she, along with Robert and Rosamund take tea at the house, silencing any additional bad press.

After months of preparation and studies, Daisy finally graduates! She passes her test quite successfully while her champion, Mr. Moseley contemplates a new career. 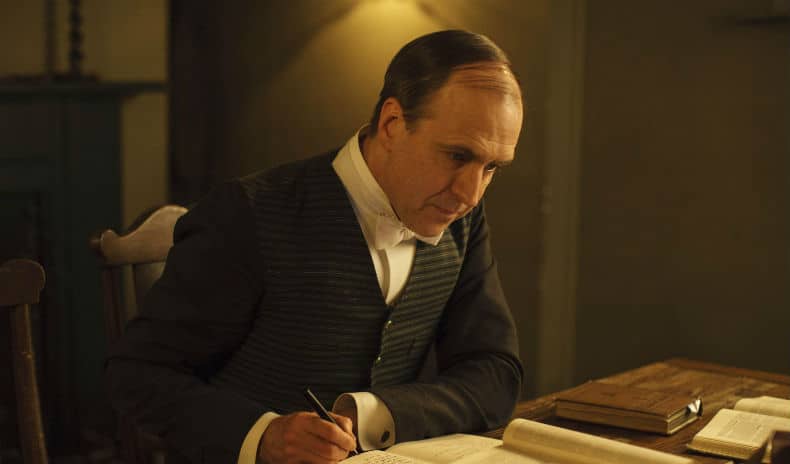 He inquires again about the teaching position and agrees to take it on part time. Unfortunately for him, his first day goes badly. No matter his best-laid plans, he finds himself learning sometimes the most educated approach isn’t necessarily the best.

A Marquess and Marchioness of Hexham 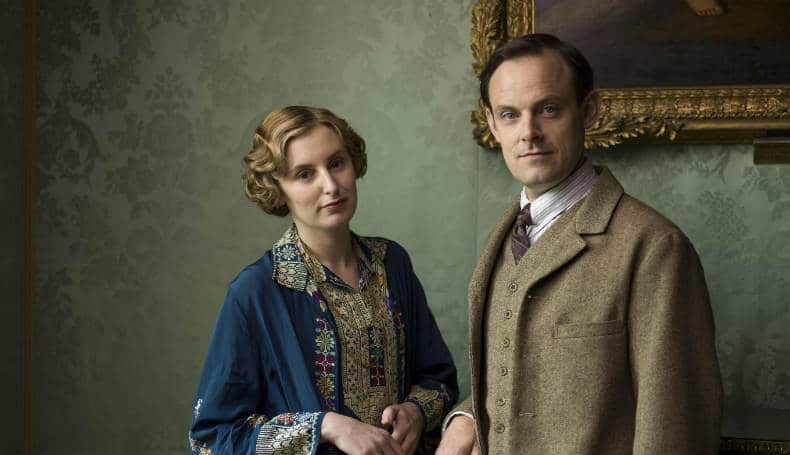 Following the unexpected death of his wealthy cousin, Bertie, it would seem is heir to not just his cousin’s fortune, but also his title. Yes, should Edith marry Bertie, she would become a marchioness. Needless to say, this riles Mary’s feathers quite a lot (her sister obtain a rank greater than the rest of her family? Perish this thought!). Robert is pleased as pie at the thought of his Edith achieving such a social place while Edith is still on the fence. 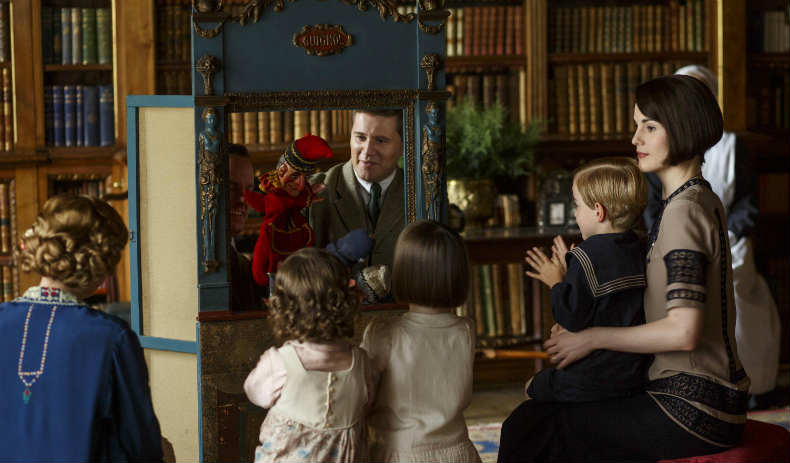 Into this happy mess walks Henry after Tom plays matchmaker. Mary offers him nothing but a cold shoulder despite his best efforts to again make his case. Her continued refusal drives him away the following day. Sore from being rejected by him (rather than her having the final say), Mary takes her revenge. Unable to stand seeing her sister happy (on the verge of marrying Bertie), Mary spills the beans at the breakfast table. Yes, with Tom, Edith, and Bertie present, Mary cruelly tells Bertie that Edith is the mother to an illegitimate Marigold.

Hurt that Edith didn’t trust him with this secret, Bertie believes they now have no chance of a future. The couple says their goodbyes. Immediately after Bertie’s departure, Edith packs for London but not before she and Mary have quite a row! 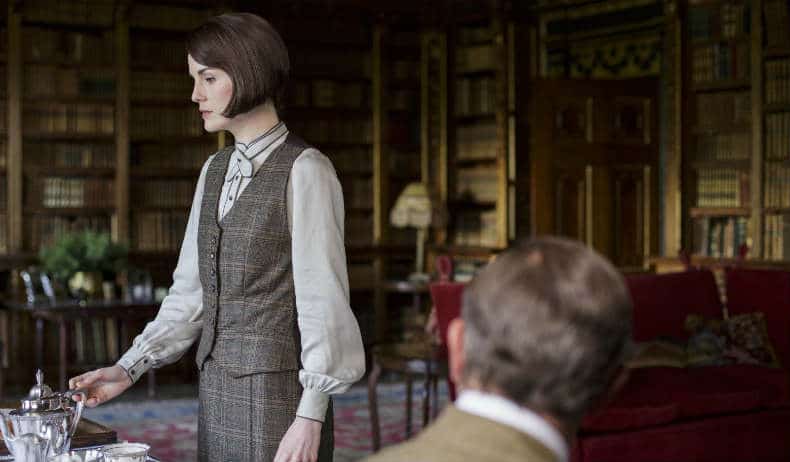 Meanwhile, following yet another rejection, Barrow takes the only route he believes is open to him. Feeling as if no one cares what happens to him, he makes a suicide attempt. Luckily for him, the one person who did befriend him (all the while he threw it back in her face), Baxter discovers him just in time. Between herself and Anna, the household nurses him back to health while keeping this tragedy quiet to preserve his dignity. All of this leaves Robert and an already emotionally spent Mary in a state of shock. Young Master George even comes to visit him in a really sweet scene between the future heir of Downton Abbey, Thomas and Mary.

A Goodbye and New Future

After being severely chastised by Tom (bravo, my man!) about her treatment of Edith and her handling of Henry, Mary takes a hard look at herself. It takes the return of Granny to break Mary down. You see, Granny isn’t fooled. She knows this façade Mary puts on is not the real woman. Also, wisely Granny advises her eldest granddaughter to make nice with Edith. 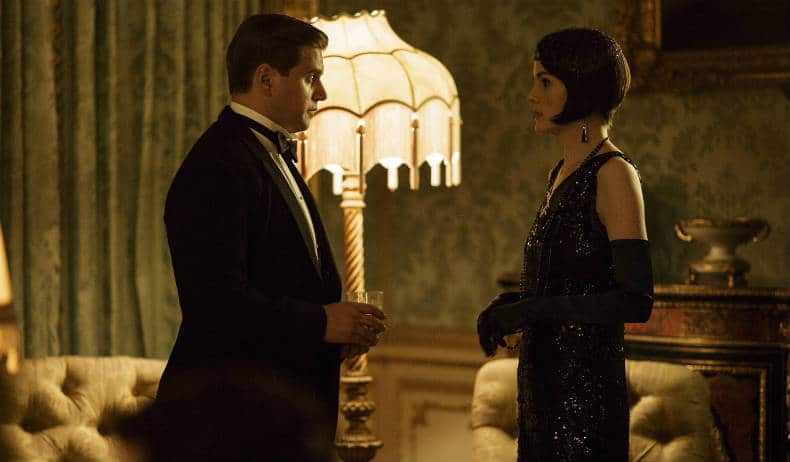 Understanding all she has done wrong, Mary sets about making things right. In an emotional scene, she visits Matthew’s grave to ask his forgiveness. Later, she phones Henry asking him to return… and the two make plans to marry right away. Then comes the difficult part; finding a way to make peace with Edith. Much to Mary’s surprise, Edith attends Mary and Henry’s wedding. Though the two don’t become besties, they do share a nice moment during which Mary asks Edith what she thinks Matthew would think.

The episode draws to a close with Henry and Mary tying the knot. A new era is about to begin in the Crawley family.

What did you think of last night’s Downton Abbey ? Are you happy to see some resolution between Mary and Edith? How about Mary’s choice to re-marry? If you have any thoughts about the next-to-last episode, comment down below. I’d love to read them.

Join me again on March 7th for the final installment recap. There will be thoughts!

Our romance-themed entertainment site is on a mission to help you find the best period dramas, romance movies, TV shows, and books. Other topics include Jane Austen, Classic Hollywood, TV Couples, Fairy Tales, Romantic Living, Romanticism, and more. We’re damsels not in distress fighting for the all-new optimistic Romantic Revolution. Join us and subscribe. For more information, see our About, Old-Fashioned Romance 101, Modern Romanticism 101, and Romantic Living 101.
Pin this article to read later! And make sure to follow us on Pinterest.
By Rissi JC on February 22nd, 2016